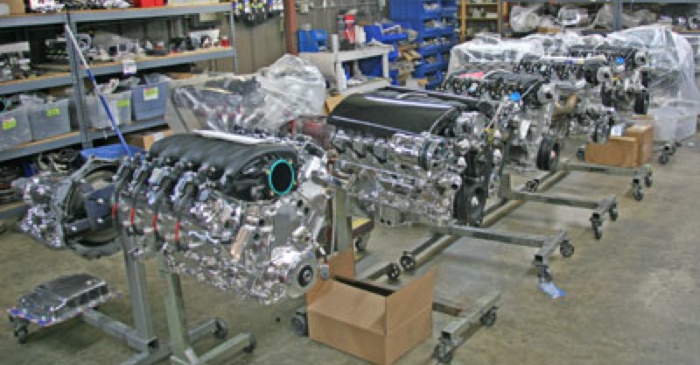 Maximizing both productivity and profitability in a business often takes out-of-the box thinking. But, don’t stop there! It’s also wise to go a step further and think “against the grain;” to look at issues and approaches through a different “lens” and from a different angle.

In today’s cut-throat business climate, the pressure to generate profits quickly is often unrelenting and intense. From accommodating anxious stakeholders and contending with new competitors that seemingly surface by the hour to providing good service to a varied customer base and maintaining relationships with vendors and business partners, the daily grind is complex.

And, to do all of this efficiently, effectively and expertly can be daunting to say the least. Maximizing both productivity and profitability in a business often takes out-of-the box thinking. But, don’t stop there! It’s also wise to go a step further and think “against the grain;” to look at issues and approaches through a different “lens” and from a different angle – even one that is counterintuitive or contradictory.

The wisdom this can reveal can rapidly take a business to new heights. With this in mind, consider these five surprising success strategies based on common career and organizational views held by many business managers and owners:

‘Quitting’ Can be a Good Thing: In his book, The Dip, popular author Seth Godin says that we need to quit the wrong stuff to do the right stuff. In other words, people often see letting go as something bad, but corporations, solvent governments, and the best-of-the-best among the financially savvy quit all the time. In other words, they remain solvent because they refuse to lose all of their money on a bad investment. They quit to cut their losses. Even with government, deficit spending can never sustain itself. In hard times the mayors, governors, and corporate executives that are the most savvy force the elimination of programs in order to regain fiscal health. If you’re headed for disaster and know it, it’s time to bail – there’s no shame in doing so. The embarrassment comes from spinning your wheels endlessly for the sheer principle of trying to finish what you started. Be smart and calculating and quit when it’s finally time to quit.

Superheroes are Their Own Enemy: When the going gets tough, and rest assured it will, it may be time to lighten the load – don’t be reluctant to make difficult cuts. Too many managers and owners have a superhero complex, often taking on far more than they can handle, both as a business professional and even in their personal lives. Delegating or even shutting down select initiatives and programs may be just what’s required to avoid a big picture catastrophe. In business, there is a practice known as “lean operation.” Lean is the proverbial process of throwing things overboard that slow a business operation down. In nearly every business, there are processes or personnel that are not optimal. They are “heavy” and sometimes dead weight, and if you ever endure a financial storm, they may sink the ship. This “weighted tackle” of financial liability takes many forms, including outdated technology, inefficient manual processes, failing marketing campaigns, and unproductive staffers. All can threaten the entire business during a tempest. Lightening your load rids you of those obstacles that weigh a business down, and makes business process much easier to manage.

Clarity Trumps Cash: Quite simply, those who have purpose work more productively and become more profitable. In other words, clarity of vision spurs production. Having passion for what you do is still a popular mantra but, realistically and practically speaking, most people’s passions have little or nothing to do with their business. In an age where we’re told to transform our passions into lucrative careers, it is no wonder so much of today’s workforce suffers from discontent and endless job hopping. Rather, among the most important factors involved in earning sustained profits is simply knowing the meaning of the work being conducted. What are you doing it for, and what is the significance to you both professionally and personally? The best business mindset acknowledges that no matter what industry you’re in, clarity breeds conviction and conviction spurs success. Once you’re focused on the substance of the work and the way in which it’s executed, money is sure to come. However, focusing solely on money-minded objectives is a driver for failure because, in the end, money is nothing more than a by-product of the overarching purpose you’re trying to achieve. The real payoff is the quality of your production output, the way you go about achieving it, and the resultant benefits to those you serve.

Giving is the New Receiving: Wealth building should not be a self-serving goal. Some have said that money can be the root of all evil; however, the actual quote is “the love of money is the root of all evil.” In fact, money can be the root of a lot of good-doing. For many, a strong business venture may be the path to helping those with less resources and more need. Today’s philanthropists are as diverse and unique as the causes they support. Many approach charitable causes with the same drive and commitment they apply to building their businesses. Some take it a step further and establish their own purposeful charities that can be more effective and helpful than some of the more traditional non-for-profits in existence. Of course, businesses gain tax-related and other less altruistic benefits from philanthropic work, but that does not negate the powerful and positive societal impact of the effort.

Sharing Wealth Makes You Richer: Since the recession that gripped the nation in recent years, there has been a lot of light shed on the great disparity of wealth among Americans. The Occupy Wall Street protests reflect just a small amount of those people who feel disadvantaged by the financial upper class. Many people view money and success as if there is a limited quantity of both. Rest assured there is enough to go around. Indeed, wealth doesn’t have to be something that everyone feels the need to compete for, but rather shared and “paid forward” for the greater good. When you focus on multiplying the amount of wealth as opposed to dividing it, you may be extremely surprised how well this mindset can work in favor of your own growth and gain – financial, emotional, spiritual, social and otherwise.

Each year, over 500,000 small businesses close their doors in the U.S. Those that succeed have a plan that not only details strengths and opportunities, but also weaknesses and threats. Bearing the perspectives above in mind will improve the chance for success as a profitable, socially conscious business that benefits the greater good.

Advertisement
In this article:productivity, profitability