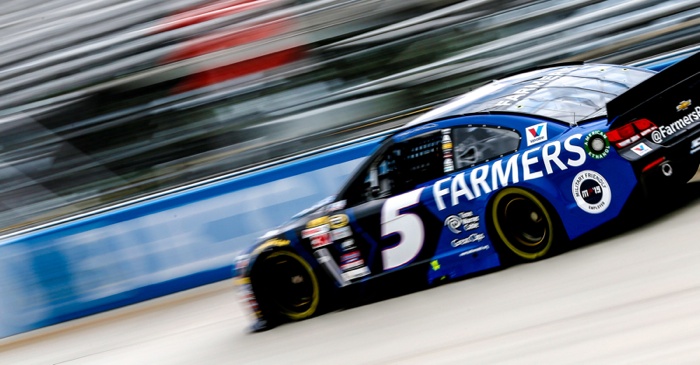 Kasey Kahne and the No. 5 Farmers Insurance Chevrolet SS picked up 21 positions to post their second top-five finish of the season and crew chief Keith Rodden was named MOOG “Problem Solver of the Race” in Sunday’s FedEx 400 NASCAR Sprint Cup event at Dover (Del.) International Speedway. 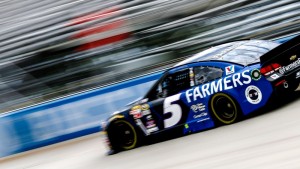 Kasey Kahne and the No. 5 Farmers Insurance Chevrolet SS picked up 21 positions to post their second top-five finish of the season and crew chief Keith Rodden was named MOOG “Problem Solver of the Race” in Sunday’s FedEx 400 NASCAR Sprint Cup event at Dover (Del.) International Speedway.

The 10th different crew chief to win MOOG Problem Solver honors this year, Rodden received the award after the No. 5 delivered a race-best 0.084-seconds per lap change in average lap time over the final 200 laps of Dover’s “Monster Mile” to finish fourth. The Problem Solver of the Race and season-ending $100,000 MOOG “Problem Solver of the Year” awards are sponsored by global vehicle components manufacturer Federal-Mogul Motorparts, a division of Federal-Mogul Holdings Corporation.

Kahne started 25th but discovered that the MOOG-equipped Chevrolet’s chassis setup provided an early advantage. He picked up 10 positions within the first 100 miles and was running ninth by a restart on Lap 168. The 5 car bounced in and out of the top 10 over the balance of the race, with Rodden and crew adjusting the Chevrolet’s steering and suspension during nearly every stop to address changing track conditions. Kahne was running eighth with 40 laps to go and advanced to fourth for a restart 18 laps later. After a pit stop for two new tires, the 5 moved into second place behind eventual race winner Jimmie Johnson and the MOOG-equipped No. 48 Chevrolet, but fell back two spots in the closing laps. Kahne and Rodden’s teammate at Hendrick Motorsports, Johnson became just the fifth driver in history to win 10 Cup races at a single track.

“Keith’s pre-race setup was a huge advantage for the 5 in the early stage of the race,” said Tim Nelson, director of motorsports for Federal-Mogul Motorparts. “Once Kasey cracked the top 10, Keith and the Hendrick crew continued to find additional speed through precise adjustments to their steering and suspension, and they had an excellent strategy at the end. I’m sure Keith and Kasey felt they were good enough to either win or finish second, but a top-five at Dover is something to be proud of.”

With just over one-third of the Cup Series season in the books, three crew chiefs – Chad Knaus (No. 48 Chevrolet, Jimmie Johnson), Greg Ives (No. 88 Chevrolet, Dale Earnhardt Jr.) and Justin Alexander (No. 27 Chevrolet, Paul Menard) – lead the year-end MOOG standings with two weekly Problem Solver wins each, followed by seven crew chiefs who each have one.