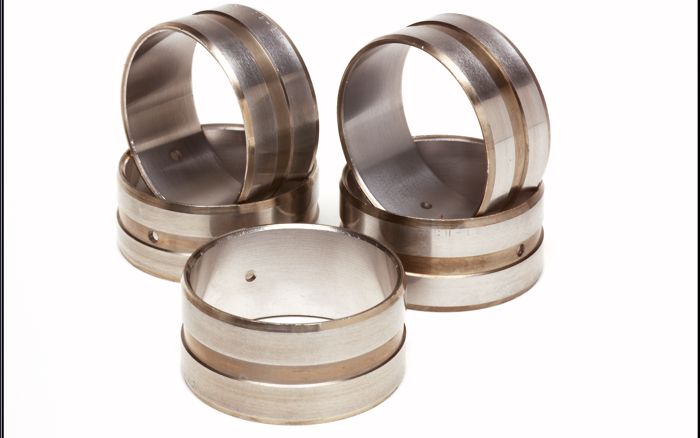 Replacing camshaft bearings during an engine rebuild is a no-brainer, but don’t take the process lightly. The intelligent approach is to handle the job with as much planning and precision as you would if replacing main or rod bearings. Simply knocking out the old bearings and installing fresh ones with little regard to bearing selection, sizing or alignment is a big mistake. Ill-fitting cam bearings can result in damaging both the camshaft and/or main and rod bearings.

In previous years, the vast majority of cam bearings were manufactured with a babbitt lining. Babbitt is a soft, slippery material composed primarily of lead and tin. This soft material does an excellent job of being able to withstand particle contamination and less-than-ideal lubrication on initial engine startup. However, performance engines often operate at higher temperatures and feature higher valvetrain loads, which places babbitt material at a disadvantage. These operating conditions sometimes result in fatigue or deformation of babbitt bearings.

In order to address higher loads and temperatures, babbitt, for the most part, has been replaced with an aluminum alloy. This specially developed alloy is much stronger than babbitt and can withstand much higher loads. The trade-off lies in the fact that aluminum alloy is harder than babbitt but is less forgiving with regard to contamination, cam bearing bore misalignment, and less-than-ideal lubrication. The benefits of aluminum cam bearings, however, far outweigh the compromises. You simply need to pay more attention to details when installing aluminum cam bearings and be certain to verify critical tolerances.

Cam bearings are usually available in a range of basic bearing constructions. One is a standard babbitt bearing, another is a high-performance bearing, and the third is an even higher-performance Teflon-coated bearing with some of the closest tolerances on the market.

Cam bearings for cam and block applications are a replacement item. Normally during factory production semi-finished cam bearings are put in the block and line-bored into place to eliminate any tolerance stack that you would see from the housing geometry variations.

“When you pull the factory bearings out you need a close tolerance bearing to get the proper oil clearance since the blocks aren’t really made for finished bearings,” McBroom says. “You need to have real close tolerance on the components going in. In the case of the high performance bearings, they are held to 0.004˝ tolerance, and the OD is held to 0.001˝, which will give you better control over the oil clearance – that’s important in high performance.”

In some of the variable valve timing (VVT) engines and V-type blocks, oil clearance is critical to get the proper operation of the VVT. McBroom says that, in some cases, it could be advantageous to run a high performance bearing in a passenger car if the tolerances are such that your oil clearances are out of spec.

In general, camshaft bearings can suffer from overloading, oil starvation, misalignment and contaminated oil. The possible failures are material fatigue, excessive wear, seizure and corrosion. If any one of these things occur, you’ll need to replace the cam bearings.

If you’re planning to work on an engine block that has been newly reconditioned, you’ll definitely need to replace the camshaft bearings, as the old bearings must be removed beforehand to allow the block to be properly cleaned.

The installation process begins after you’ve accomplished any machining that might be needed (cylinder boring and/or honing, align-honing, deck resurfacing, cam bore alignment, etc.). Before starting, make certain that the block is totally clean. If it’s not, then foreign particles trapped between the bearings and bearing bores will cause bearing deformation and reduce oil clearance.

Before installing cam bearings, wipe all cam bores with a fast-drying solvent to create a clean and dry bore surface. Installation of cam bearings into the block must be done carefully to avoid shaving material from the outside diameter of the bearings. This can easily cause a buildup of excess material between the bearing and the block’s bearing bore, which will “squeeze” the bearing, resulting in oil clearance reduction at the bearing inside diameter.

According to McBroom, you’ll want to have the proper installation tools and keep the alignment close when you drive the cam bearings in. Make sure the oil holes are lined up. Also, you’ll need to prep the block to make sure there are no sharp edges, and if so, chamfer them prior to installing the bearings.

“If someone is doing a quality rebuild, they would have to go in and check the size and alignment of the bearing bores and the block,” he says. “A lot of times they’ll go through and do the full machine work on the block only to find out that there is something wrong with the bearing bores at the OE level. They can have some blocks that are out of spec and some that are out of round. That doesn’t really matter at the OE level, but checking that before you spend any money rebuilding the block is sometimes advantageous.”

McBroom also advises that on some blocks such as cast iron blocks, it helps to put a film of lubricant on the bearing before cam bearings are pressed in. “Sometimes the bearing can gall and produce an asperity on the inside of the bearing because it is put together dry,” he says. “Surface finish on the cam journals can also be an issue. Some camshafts can have rough surface finishes that can fail a bearing.”

When installing cam bearings, always work your way from the rear of the block forward.

When fitting aluminum cam bearings, it’s important to allow sufficient bearing-to-camshaft clearance, since the harder aluminum alloy bearings won’t wear in as rapidly as babbitt bearings to make their own clearance. Minimum clearance should be 0.002˝ for stock engines and 0.003-0.004˝ for high-performance engines.

If cam fit is too tight, bearing material can be removed by reaming. Honing bearings to size is not recommended because honing stone grit can easily be trapped in the bearing surface, and its presence can lead to premature camshaft journal wear.

Other variables to consider when replacing cam bearings are things such as casting shifts, which can occur in a cast-iron or cast-aluminum block as the block “seasons” during its initial use. The block can become distorted due to temperature extremes (overheating) and improper cylinder head installation where excessive or unequal cylinder head fastener tightening had occurred.

Just as a block’s main bores can become out of round or misaligned (creating the need for align-boring or align-honing), the cam bores can be subjected to similar geometry changes. This is why camshaft fitment problems sometimes occur when dealing with a used block. However, with a little patience and a close attention to detail during the cam assembly, you can readily overcome such problems. n

Our block is back from the machine shop and is ready to get prepped for assembly. We walk you through those initial steps before our rotating assembly can be installed. Make sure you enter to win this small block Ford here: https://www.enginebuildermag.com/2022-engine-giveaway/ Related Articles – Reviewing Callies’ Ford Magnum Crankshaft – David Pearson’s Vortech Supercharged 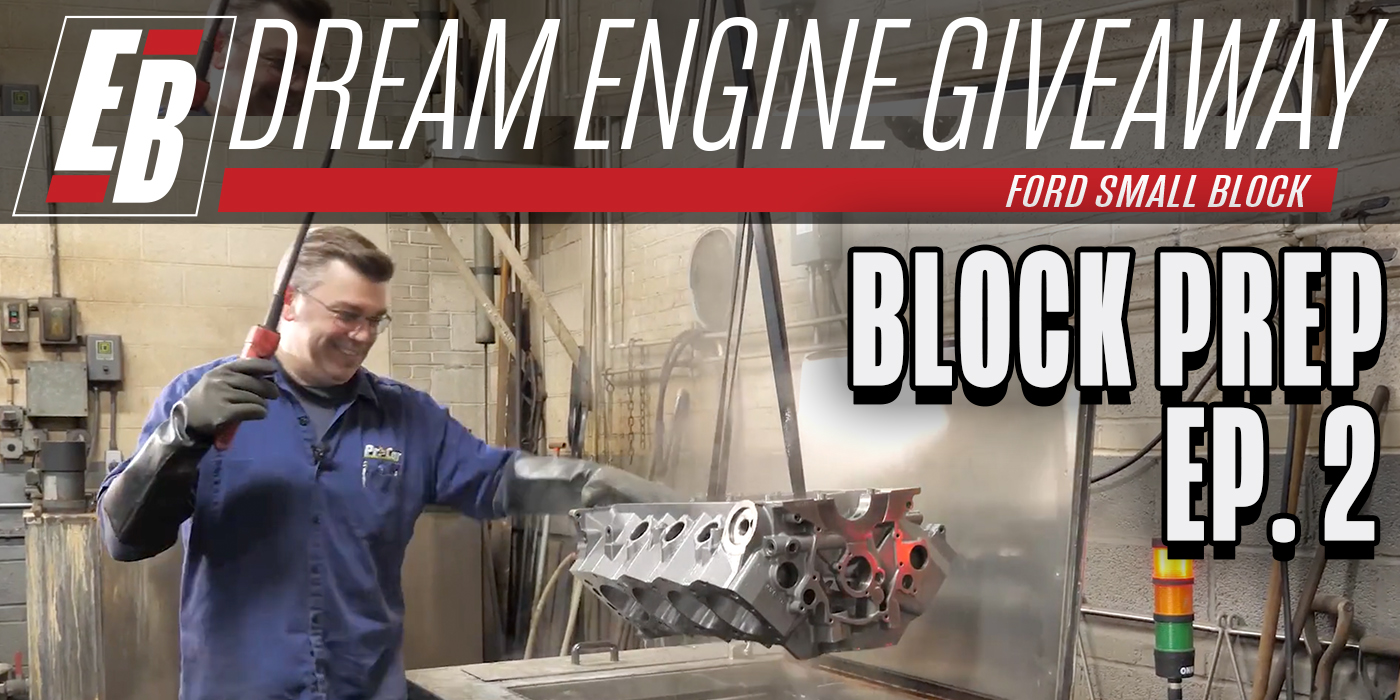