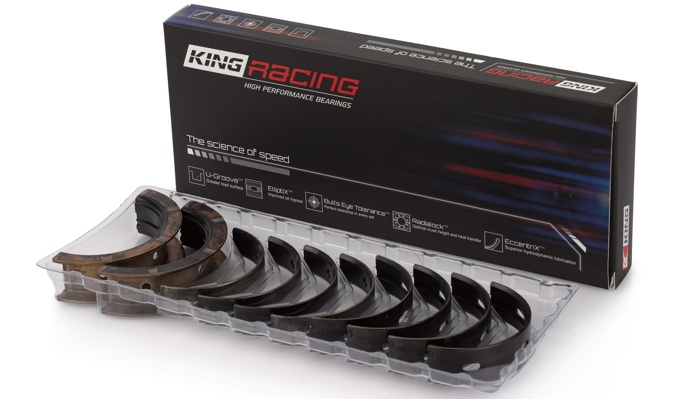 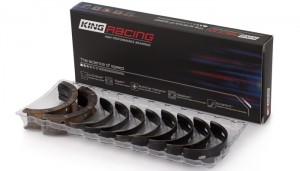 King Engine Bearings has released two new oversized main bearing kits for the Subaru EJ series engines. Due to the nature of the Subaru split-block boxer engine design, where two halves of the engine are fastened together around the crankshaft, there can often be distortion or misalignment even on new engine blocks. This distortion can lead to uneven main bearing wear and occasionally bearing failure due to insufficient lubrication and overloading of the bearing surface material. Main line bore distortion can also occur in new blocks that have been assembled using high strength case fasteners, which are common in racing and high performance engine builds.

When an EJ engine requires a repair to remedy a main line bore distortion issue, the labor involved can be tedious and therefore very expensive. The machinist would have to remove material from both sides of the split-block’s mating surfaces and bore or hone back to a STD housing bore measurement so that a standard OD bearing can be utilized. This process also requires and extreme amount of precision and can cause a change in the crankshaft centerline to deck surface distance that would need to be compensated for.

King’s new oversize bearings can reduce machining and labor costs and therefore lower the overall repair costs passed on to the vehicle owner. Additionally, more damaged engine blocks can be restored and reused while still being able to provide a precise and perfect rebuild. This is particularly helpful for racers with engine blocks that are previously modified in other ways, and would have to be scrapped if not for the ability to use King’s oversized main bearings to repair main line distortion.