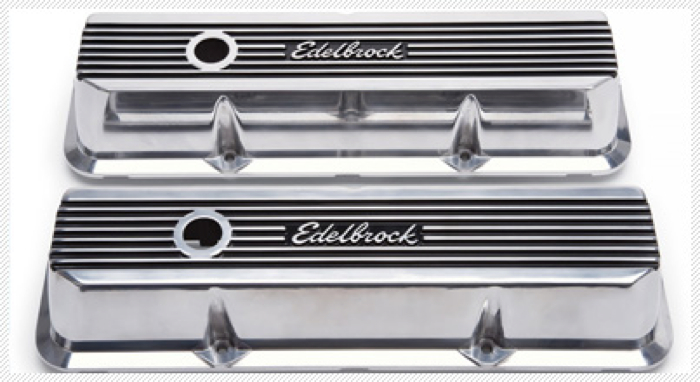 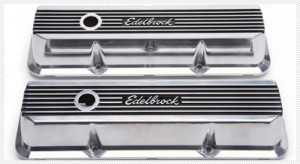 The original Elite Series accessories have been a staple in the Edelbrock performance catalog since 1985. The Elite II Series accessories are an all-new streamlined modern design that pays homage to the original. They retain the classic raised fin look with gloss black accents in between the fins. Elite II Series valve covers are a heavy-gauge, die-cast aluminum construction with a high quality polished finish for a show-winning look. This new design provides a classic look that will make any engine stand out from the crowd.