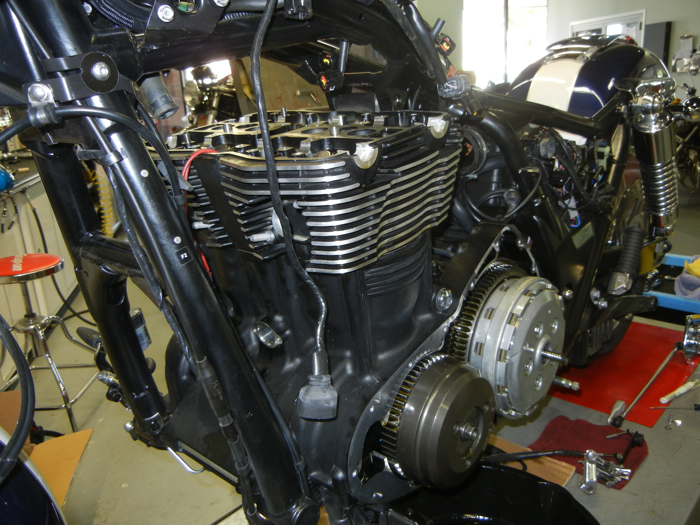 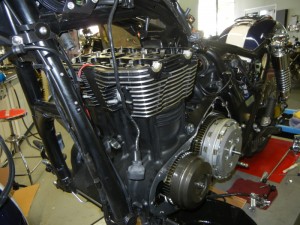 It’s no secret that there are engine-building opportunities that lie outside of the automotive industry. One such example is with motorcycle and powersports engines. This is a well-established market with numerous OEMs and styles of vehicles with many similarities to the automotive side, yet not many shops choose to explore this market.

The idea of something new is always a little scary and uncertain, but if opportunity knocks and you answer the call, you could very well come out on top. Engine Builder recently spoke to several engine builders active in the motorcycle and powersports market to get their perspective on what working in this segment is like and what it would take to enter it from an automotive background.

The motorcycle and powersports market has seen its share of ups and downs. The market’s heyday was in the ‘90s and early ‘00s before dropping off due to the recession, say experts. However, while the market hasn’t returned to its peak, it has been performing relatively well in recent years.

“The powersports market is steady these days,” says Mike Perry, director of research and development, Kibblewhite Precision Machining, Inc. “There was a boom when the off-road segment of the industry moved from 2-strokes to 4-strokes, but as the market matured, and the economy softened, things slowed down a bit.”

Business on the powersports side has been growing more steadily than the motorcycle side recently due to an increase in ATV and UTV purchases. For some, the motorcycle segment hasn’t had much growth.

“We have seen a decline in the market recently,” says Andrew Rosa, owner of Rosa’s Cycles, which does strictly Harley-Davidson business. “Ten years ago, there was a chopper craze and they couldn’t build bikes and parts fast enough. That has died out. Even with older bikes from the ‘90s, if it needs an extensive repair, most people are not electing to do it.”

Despite some mixed emotions, the market and the people who own these machines have respect for good work.

“It seems there is always room for somebody who does high quality work,” says Perry. “Someone that wants to get into the industry should do their homework. Find out who’s doing what in their area.”

There are different market segments an engine builder can get into. There are vintage bikes, dirt bikes, ATVs/UTVs, sport bikes and the V-twin market. But don’t think you’ll be able to just walk on into this market without any competition. This segment is tough.

“The ‘Win on Sunday sell on Monday’ theory still exists in the performance side of this industry,” Perry says. “Companies have a lot of money invested in gathering up their market share, and they aren’t going to just roll over and die because someone new shows up. If you want to get in, bring your ‘A’ game.”

If you want to carve out a place in the market you need to offer a quality product with a reasonable turn-around time.

“For a lot of customers, the bike is their recreation,” Perry says. “Riding the bike is their time to turn off the rest of the world and decompress. Folks plan their vacations around their rides. If you miss a deadline on a job for a customer that’s been planning a ride for a year, that rider is not going to be happy.”

So let’s assume you’re interested in getting involved with motorcycle and powersports engine building. How do you get started? Well, it turns out as an automotive engine builder you have a decent head start.

“It would be a tough transition,” Rosa says. “However, one thing in his favor is he probably has the necessary equipment.”

To do this type of work you need a seat and guide machine, a dyno, CNC machine, boring bars, and honing machines, which many engine builders already have access to. 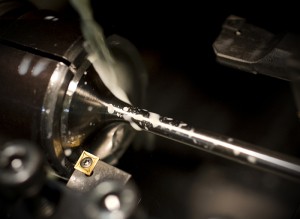 “For top end work, a cylinder head machine that is capable of working accurately with a pilot down to 4.0mm is a must,” Perry says. “You’ll need a precision guide hone or reamers capable of sizing guides down to that same diameter, and a way to accurately measure the guide ID along its entire length. The 250cc dirt bikes routinely turn 12,000 RPM, so you have to be able to hold tight tolerances. At 12,000 RPM the valves are cycling 100 times a second. If you don’t get it right you’re going to have problems. You have to have an accurate spring tester, and a method to accurately measure installed height and spring force. If you’re going to do complete engines you’ll have to make or buy different types of pullers and tools to get things apart and back together again.”

According to Rosa, the investment wouldn’t be too catastrophic for guys coming from an automotive background. However, the knowledge is the real roadblock.

“You might have done a good machine procedure on the head and cylinder, but the wrong cam, wrong exhaust or wrong throttle body and the bike won’t run the way it’s supposed to. Mismatching components could ruin the job.”

In order to learn these tricks of the trade, a more extensive manual library could help, or you‘ll need to get in touch with someone who has been doing this for a long time. A dyno also helps you figure out what parts give you repeated results.

“There is a learning curve,” Perry cautions. “Just like on the automotive side, engines have their design characteristics, their idiosyncrasies, if you will. There are similarities, but each manufacturer has its own way of doing things. And, just as with cars and trucks there are different generations of each engine platform. Changes are made, sometimes after only a few years, so you have to stay on top of them. Learning how to price a job, what jobs to take in, and what jobs to say no to will come with time.”

Just as with automotive engines, the engines in motorcycles and powersport machines face some common issues that you’ll want to be aware of.

“Valve train life is a key issue for dirt bikes and quads,” says Perry. “Just about every OEM went to titanium valves in their off road bikes by 2002. Most sport bikes are running titanium valves now too. When you put a bike under a 16-year-old kid, and let them run in the sand or dirt at 12,000 RPM in that environment, you are going to get some valve face and guide wear.”

To combat this issue, Kibblewhite has gone ahead and developed its own valve train systems that will extend the life of the stock valve train.

“With a rebuilt head and our valve train system installed, customers can expect three times the life over that of the stock parts. Longevity/durability is a key issue for most folks.”

The good news in this engine market is that parts are not very hard to come by. However, some guys in this segment remain stuck in their ways or loyal to one particular brand.

“If guys get comfortable using one company or one person’s products, it’s like a beer drinker saying ‘give me a Budweiser…’ and if they don’t have that, they freak out,” Rosa says. “These guys use one particular head porter or a particular cam they like. Trying to get them to switch is hard to do. However, parts are ready and available for these bikes. That’s not the problem.”

Many companies, will make custom parts for new and old bikes.

“A good portion of our business is working with builders to design and manufacture custom parts,” Perry says. “Sometimes for a restoration, sometimes for a new application.

We have complete engineering and R&D departments to handle those types of jobs. We can simulate and analyze a valve train system, design new components, make prototypes on our 3D printer, and make finished parts in the manufacturing department. We have a complete head shop in our R&D department, so we can even change guides, seats, do a valve job and install the parts in the customer’s head if that’s what they want,” Perry explains.

The powersports industry isn’t nearly as large as the automotive industry, and because it’s not tied up running 10,000 parts at a time, this segment can be a bit more agile and able to respond a bit quicker to customer’s requests.

But just as in any line of business, engine builders looking to increase revenue by tapping into this market have to watch out for common pitfalls.

“You can’t cut corners, and you have to use quality parts,” Perry says. “You have to stay on top of the tolerances, and check all the clearances. Some manufacturers run less than .050˝ piston to valve clearance, so you better check to make sure everything is right when you’re running that tight. There may be 100 things that have to go right for an engine to perform at a high level for a long period of time, but only one thing needs to go wrong to keep that from happening.”

If you do a good job for your customers in this market you will build a local customer base and get referrals. You’ll have another revenue stream, and you’ll have loyal customers.

“A lot of enthusiasts have more than one bike, and a lot of folks ride with a group of friends,” Perry says. “If you do right by one, you have the chance to work with the entire group.”