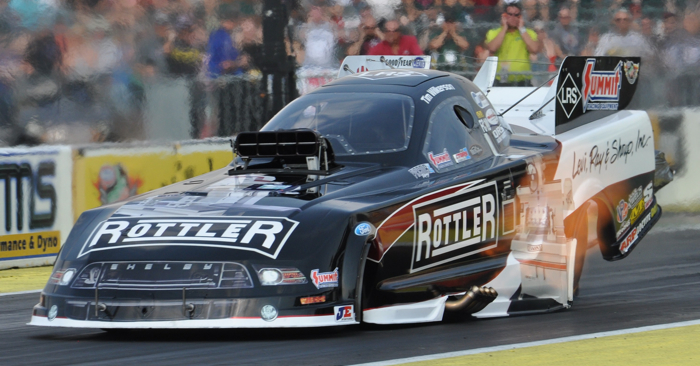 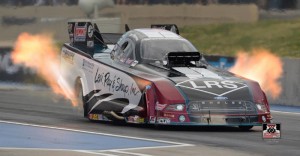 For the second consecutive season, Tim Wilkerson will hit the track at this weekend’s NHRA Northwest Nationals in a specially designed Ford Mustang Funny Car featuring Rottler Manufacturing, a Seattle-based maker of heavy machines used in engine building and servicing. Rottler will be the full primary partner on the Levi, Ray & Shoup Mustang this weekend, and the company will be hosting many guests throughout the race.

Rottler became a technology partner with Team Wilkerson at the beginning of the 2014 season, and many of their machines are now mainstays both in the team’s transporter and at the shop in Springfield, Ill. Wilk is certain the relationship has bettered his team’s consistency, and he’s excited to see if he can begin a new successful chapter at Pacific Raceways, where he won the race for three consecutive years from 2009 to 2011. The 2011 win had been playing the role of an albatross around Wilk’s neck for nearly four years, until he pounced on a breakthrough win at Atlanta earlier this season, breaking a lengthy winless streak.

“First of all, it’s going to be a real honor and a pleasure to welcome all the Rottler people and many of their customers to the race with us this weekend,” Wilk said. “We took our first step at this sort of thing last year, where we all learned a lot working together, and from what I’m hearing their RSVP list is filling up for Saturday and Sunday, so we’re expecting a good group in our pitside hospitality area.

“What’s really important, though, is the relationship we’re building with the Rottler people, who are absolutely dedicated to building the best possible machines. It’s great when a partner can help us in more than just one way, and having a technology partner like Rottler has taken us to a whole new level.” 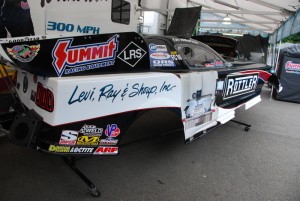 On the track, the Seattle event will be an important race for Wilk and his group, in terms of Mello Yello points and the quest for a spot in the Countdown playoffs. Wilk is currently sitting in the No. 8 spot in the points, but the battle for position includes one more car than the Countdown field can handle, so every round of competition is fierce. Entering Seattle, it’s Courtney Force sitting in the 11th spot, and although Wilk has a 103-point lead on her (the equivalent of six rounds of racing) Force is only 53 points behind Alexis DeJoria (10th) and 72 points behind her teammate Robert Hight (9th). The scuffle for a playoff spot will be sure to continue right on through Seattle, Brainerd and Indianapolis.

“I’ve been saying all along that if we keep winning at least a round a race, it’s going to be hard for all three of them to get past us, and we’d been doing that until this past weekend in Sonoma,” Wilk said. “I was pretty upset at myself for messing up in the first round there, and we had a quick exit I wasn’t looking for. We’ve got plenty of good history in Seattle, though, and the support of a lot of Wilk’s Warriors from the Pacific Northwest and British Columbia, so hopefully we can recover a little and take the Rottler people for a long ride on Sunday.

“I think the best thing about Seattle is that it’s a track that’s just kind of tailor-made for us. It’s not a mine shaft, but it’s a good track that they’ve done a great job smoothing out over the years. It used to be so bumpy it would be a one-lane track on race day, but now it’s a nice surface and it’s very competitive. If it warms up a little, we can run on the Seattle track as well as anybody. If it’s cool, we’re running better in those conditions, too. Old Al Davis used to tell his Oakland Raiders to ‘Just win, baby’ and my message to my guys is ‘Just win rounds, baby’. We’re focused on that.”

Rottler, Wilkerson to Race For Wally in Seattle