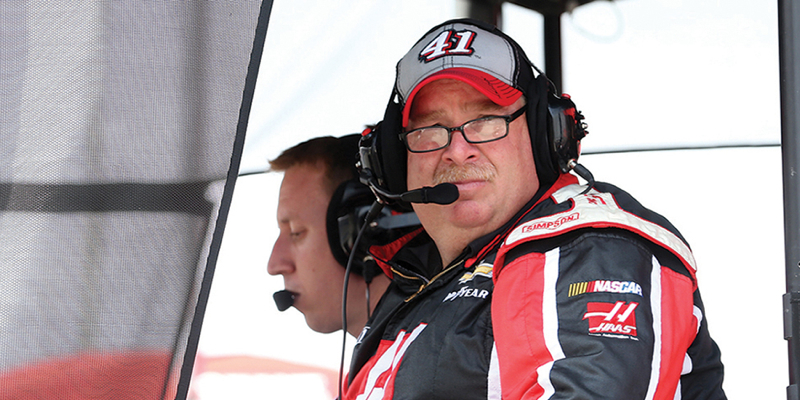 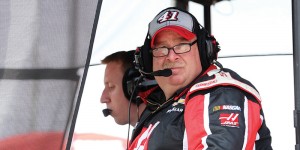 Tony Gibson, crew chief for Kurt Busch and the No. 41 Haas Automation Chevrolet SS, won the MOOG Steering and Suspension brand’s “Problem Solver of the Race” Award after Busch finished third in Sunday’s myAFibRisk400.com 400 NASCAR Sprint Cup event at Chicagoland Speedway, Joliet, Ill. Gibson’s win, coming in the opening round of the 10-race Chase for the Sprint Cup, moves him into a six-way tie for third place in the MOOG “Problem Solver of the Year” standings. MOOG is the Official Steering and Suspension of NASCAR.

Sponsored by global vehicle components manufacturer Federal-Mogul Motorparts, a division of Federal-Mogul Holdings Corporation, the weekly MOOG Problem Solver Award is presented to the crew chief whose car posts the greatest second-half improvement in average lap time while finishing on the lead lap. The MOOG-equipped 41 car improved by a race-high 0.529-seconds per lap on the mile-and-a-half oval.

Busch, who started ninth, ran in the lead pack for most of the afternoon. He had advanced to fifth within the first 60 laps before being forced onto pit road after losing air in a tire and making contact with the wall. He quickly regained the lost ground and was running second after passing his brother, Kyle Busch (No. 18 Toyota), on Lap 147. The 41 car briefly led on Lap 222 before a scheduled pit stop, then regained the lead on Lap 245.  Busch ultimately lost out to the MOOG-equipped No. 11 and 19 Toyotas of Denny Hamlin and Carl Edwards, respectively, in the final five-lap green flag run, with Hamlin picking up his second win of the year.

“Kurt and Tony were in great position on the final restart but it looked like Denny had a little more left on his tires and he made a gutsy move to grab the lead,” said Tim Nelson, director of motorsports for Federal-Mogul Motorparts. “The key to success in the Chase is to improve your position every week, so even though they didn’t get the win, I’m sure the 41 team is happy with their performance.”