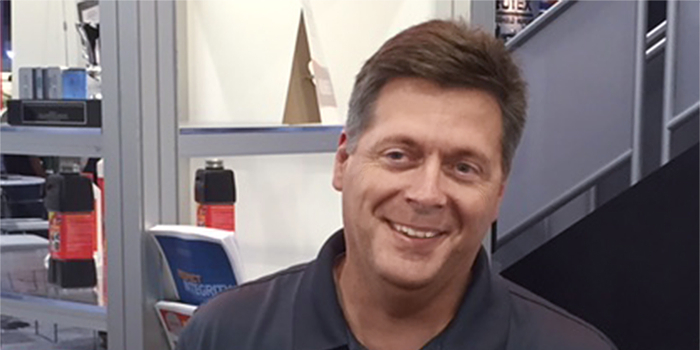 CRP Automotive has named Darren Mohar as the recipient of the 2015 Rep Agent of the Year Award. Mohar is the Vice President of Sales at Powell/Schelbe/Knight/Brannon Inc. 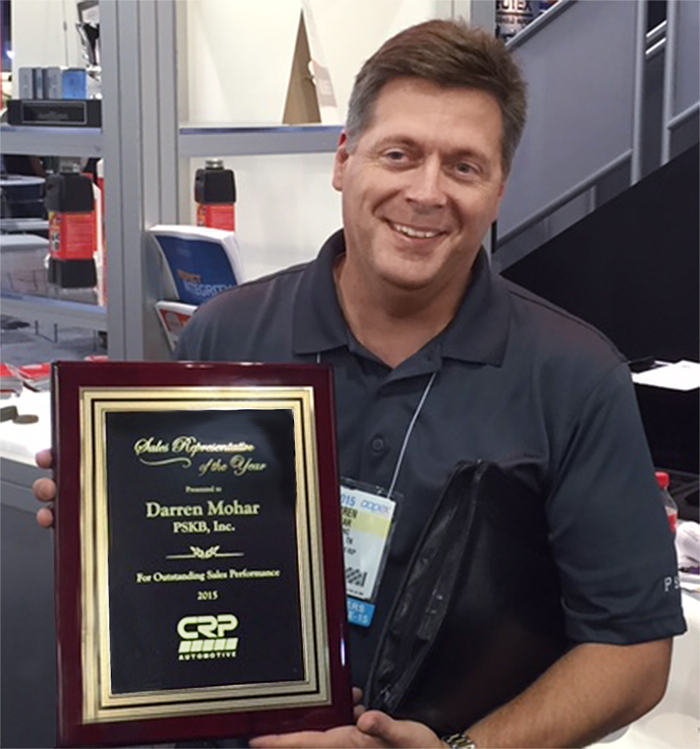 CRP Automotive has named Darren Mohar as the recipient of the 2015 Rep Agent of the Year Award. Mohar is the Vice President of Sales at Powell/Schelbe/Knight/Brannon Inc. (PSKB), a sales and marketing company that represents CRP Automotive brands in the Southeastern U.S. This award is given to a rep agent partner who delivers outstanding sales performance and growth within key accounts throughout the year, across the multitude of CRP brands.

Darren Mohar is a proven aftermarket veteran with over 27 years of experience working with automotive parts and major automotive retailers. He has represented the CRP Automotive account since joining PSKB in 2013.

Mohar received the Rep Agent  of the Year award for delivering significant sales growth on key accounts and helping CRP Automotive to become a more valuable partner to those accounts. Mohar received the award during the 2015 AAPEX Show in Las Vegas, NV.

In presenting the award, Trevor Potter, CRP Automotive Vice President of Sales, noted, “PSKB has been an integral part of the CRP organization for a long time. The hard work of Darren Mohar in 2015 helped us to better serve our most important accounts. Ever since we began expanding beyond our traditional import distributors, the entire PSKB team has been there to provide guidance, expertise, and support. In addition to making CRP Automotive a more valuable asset, Darren also delivered a significant increase in sales volume during the year.”