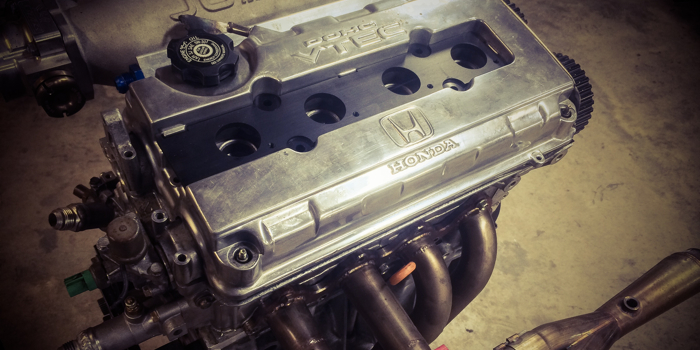 For numerous reasons in recent years people have been fixing engine issues rather than replacing engines altogether, making for a strong outlook in the import engine market. There are several ways you can break into this market or improve your stance here if you’re already an import engine builder. 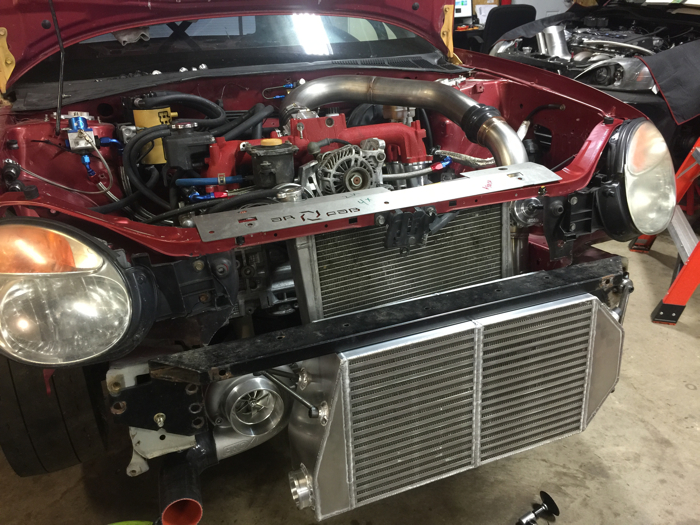 It’s no big secret that crate engines are the enemy of engine builders everywhere. However, it seems that as the focus of OEMs continue to turn toward technological advances, better fuel economy and efficiency over a focus on mechanical advances, crate engines have become something of a commodity, and they are often susceptible to issues. That is where engine builders come into play.

Specifically in the import engine market, some builders say they have seen OEMs sacrifice material and part quality in order to save money, gain efficiency and meet newer standards in general. Now, no one is trying to suggest that OEMs aren’t doing proper due diligence in the process of building an engine to meet new standards, but the truth is that in order to meet these standards the engines of old had to be updated and changed somehow.

These facts combined with the fact that the economy in recent years has caused people to fix engine issues rather than replace engines altogether, makes for a strong outlook in the import engine market. There are several ways you can break into this market or improve your stance here if you’re already an import engine builder. 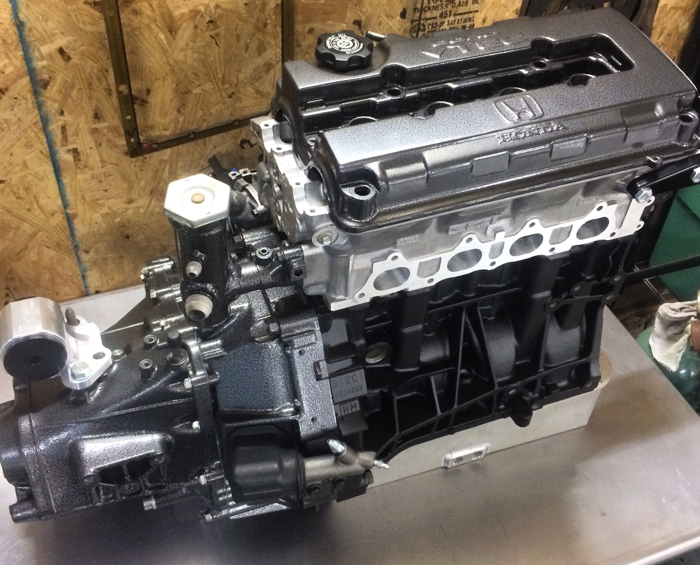 This Honda engine is getting new OEM Honda bolts necessary to assemble the long block. Photo courtesy of AR Fabrication

“There have been a lot of changes that have been occurring with modern engines all in the name of fuel economy and lower emissions, and all of these changes don’t necessarily mean the engines are longer lived or as reliable,” says Charles Navarro, founder and president of LN Engineering. “Understanding these changes and what problems these newer engines are going to have is important and you should learn about them now.”

Jake Raby, founder and president of Raby Enterprises Inc., works with Navarro on Porsche engines and has seen this exact scenario play out in his business.

“The problem that we were seeing was that manufacturers made the engines so cheap to produce prior to 2008 that they were disposable type engines, and when they broke you just bought another one for $4,000 or $5,000 and threw it in the car,” Raby says. “That kept engine builders out of the equation. All the sudden the economy dumped in 2008 and people couldn’t afford to buy a new Porsche crate engine, which went up to $15,000 to $20,000. So they would pay to repair or rebuild their engine.” 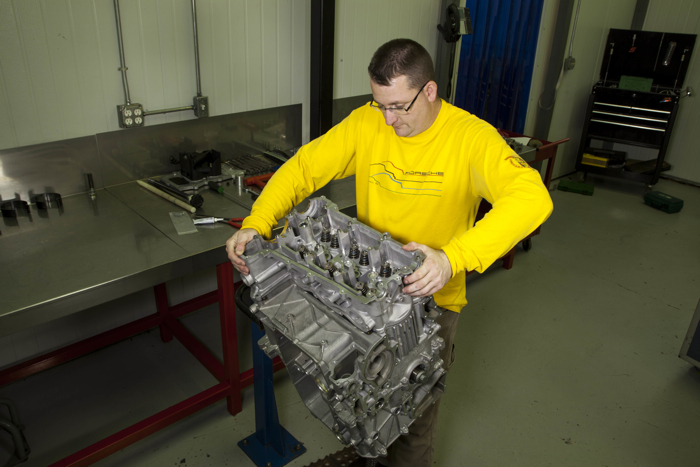 Jake Raby works on water-cooled Porsche engines. He created a niche for his business by fixing one of Porsche’s faulty bearings that caused engine failure. Photo courtesy of Raby Enterprises, Inc.

As manufacturers make things cheaper, it may seem that the engine builder doesn’t need to go into new realms or attack different engines because it may not be “worth it.” However, says Raby, that’s not the case at all.

“It’s always worth it to learn about new stuff,” he says.” It was certainly worth it to us because when the economy crashed, my business grew by a couple hundred percent in two years while everybody else was suffering.”

According to Raby, the import engine market and the engine market in general is going to get bigger and better. The reason? Manufacturers keep finding cheaper ways of doing everything.

“Every one of these things on a Porsche engine that doesn’t make sense to an engine builder only makes sense from an accounting standpoint or mass production standpoint,” he says. “They’re trying to use more of the same part throughout a whole family of engines, or use modern processes that aren’t completely proven and are making things wear out and break. As everything continues to lean more toward electronics and CAFE standards, the development of the mechanical side of things is just not there. That means there will continue to be problems engine builders across the world are going to have to solve.” 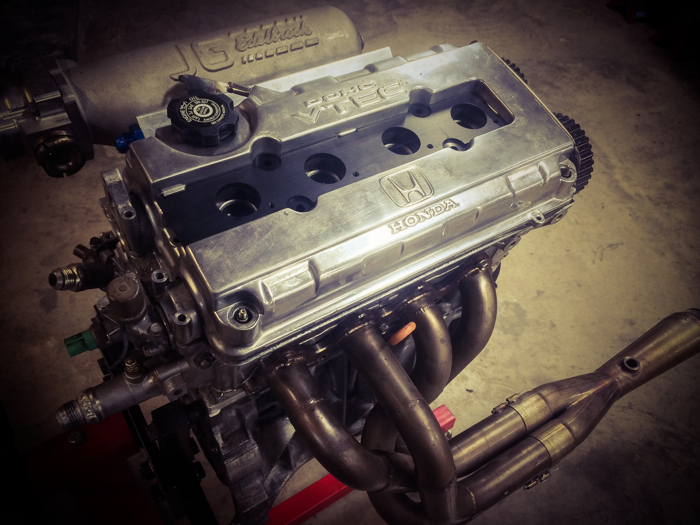 Educate and Differentiate Yourself

In the import engine market especially, it is crucial to make sure education surrounds the engines you work on.

“Continuing education is necessary to keep on top of everything that is going on with modern import cars,” Navarro says. “The import market tends to have more technological development beyond the domestic market. The import market moved out of pushrod motors and into overhead cam motors first. Porsche started doing variable cam timing with its 968 engine in 1989-‘90. Also, Honda started its VTEC engine stuff long before the American market had variable cam timing.”

As more and new problems happen with these engines, more and more people will have to learn how to fix them. The person who flourishes in all of this is the person who focuses on solving some problem an engine has and making it better or creates his own version of that engine or does something you can’t buy. Diversity is one thing, say experienced builders, but finding a niche is the key.

“People who believe in mediocrity or expect to just repair things or put together an engine that you can buy cheaply, won’t have anything to drive customers to them,” Raby says. “But the person who can diversify and find a niche – and  there are tons of them in the import market – has the key to being successful. When people come into this business/market they have to have a clear line of sight about what they want to do and what differentiates them from the other guy.”

One way to differentiate yourself in the import market is to clean your products. Howard Anderson, owner and lead machinist of AR Fabrication makes sure all of his engines and parts are clean before going to his clients.

“Most of these guys don’t clean their products,” Anderson says. “There are a lot of shops out there that are very hesitant to spend extra money on cleaning processes. We’re using baking soda for soda blasting or using ultrasonic cleaners.”

While cleaning engines and parts may not sound like a big deal, especially to long-time Engine Builder readers,  it does help in numerous ways. Customers and potential customers will take note.

“I know that in the import industry whenever I take a picture and people are following me on social media, most of the people who comment or get ahold of me because the product looks new and clean even though its 10, 15 or 20 years old, and they know it’s supposed to be ugly,” he says. “We aren’t putting lipstick on it or painting it, but we are getting down to the raw, like-new finishes.” 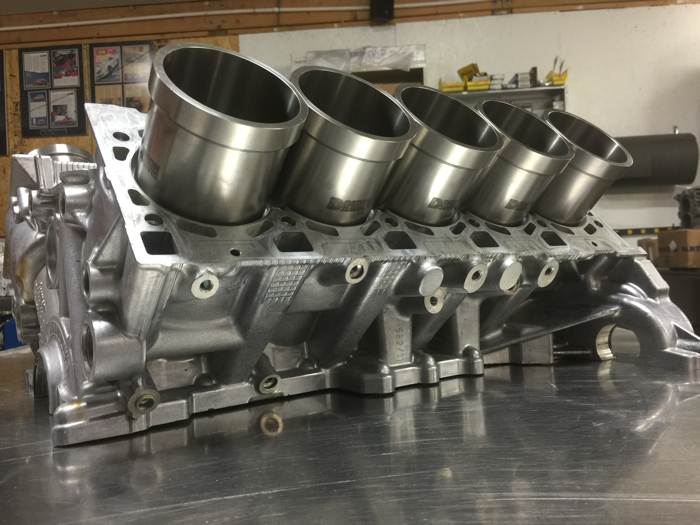 AR Fabrication does 200-250 sleeve jobs a year on import engines, including this Lamborghini block. Photo courtesy of AR Fabrication.

Breaking Into the Market

Whether you’re currently an engine builder in the import market or looking to expand into this market, there are numerous engine platforms you can familiarize yourself with. From Porsche, Volkswagen and Subaru to Honda, Toyota and Nissan and many others, you’ll need to be aware of what to expect if considering doing work on an unfamiliar platform.

“There is definitely a learning curve because there are different theories, thoughts and layouts to each engine platform,” Raby says. “A Subaru engine is Asian, but it’s a flat four or a flat six and is laid out similarly to a Porsche or Volkswagen engine. That’s an easy transition because the layout is the same, the firing order is different, but everything else is similar to that of a Porsche.”

Somebody who is going to transition from domestic cars to imports is likely to have a steeper learning curve.

“When I tried to make the transition from import to domestic engines it was like mechanical culture shock,” he admits. “If you crosstrain from one to the other, you have to be prepared for a steep learning curve.”

Don’t wait to learn about a different engine platform until you have to. Get ahold of an engine and learn about it before the next guy does. Moving from import to another import can be accomplished without too much hassle.

“Most of those kinds of engines are a change in configuration,” Anderson says. “The transition between the models isn’t hateful. You just need to do your research and give some forethought to the job you have to do.” 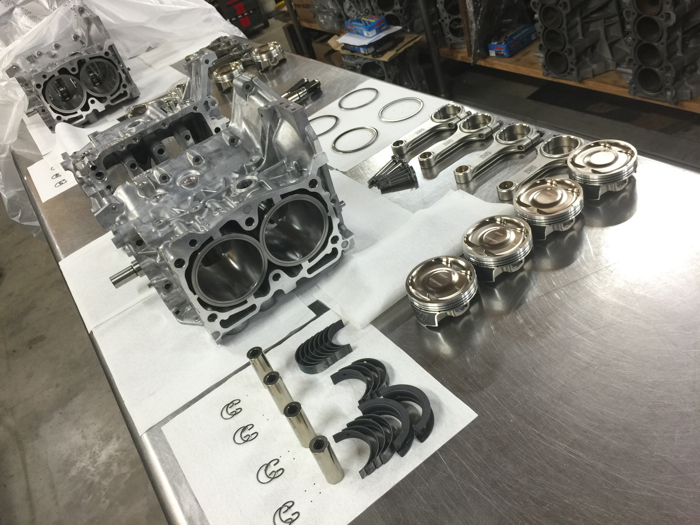 Howard Anderson says he sees primarily Honda and Subaru engines, but also does work on Nissans and Toyotas. Photo courtesy of AR Fabrication.

There is no questioning that the economy has changed, the way OEMs are building engines has changed and more changes continue to influence the import engine market. But many signs point to growth in a strong market.

“The import market is definitely picking up,” Anderson says. “We’re finding that as long as we stay up with some high-end processes and cleaning processes it attracts the more educated client. In the last few years we have been seeing a rapid increase in revenue.”

Despite positive signs, the uncertainty of the economy is still having an influence over growth in engine shops.

“Knowing what happened to the economy the last time, I’m not moving as fast with business growth as I did in the past,” he says. “I’m still leery of how things are going to head. However, in the import industry it looks as if the clients are not hesitating to buy new technologies that are being brought to them.”

Engine builders working with import engines expressed that they see plenty of room for growth and room for more engine builders to enter the market. Collector engines such as Porsches, Ferraris and Lamborghinis have remained strong, and so too have the tried and true Hondas, Toyotas, Nissans and Subarus. So what do you do with all this growth potential?

“I’m watching people get into the engine machining business,” Anderson says. “A lot of shops don’t want to outsource the work anymore and have to wait for those jobs to come back. Some of them might be jumping the gun getting new machinery if they don’t have the workflow to support it.”

Anderson recently bought a new machine with all the bells and whistles for his shop, AR Fabrication.

“I was able to calculate the purchase based on my previous year’s output rather than guessing how many blocks I can do,” he says. “I’m already doing that many blocks and my old machine has already been paid for. I can either just stay where I’m at and make profit, or buy another machine, increase efficiency, decrease the amount of work I’m doing on each block so I can increase the quantity I can do and increase profit in the end.”

At the end of the day, making a profit and offering a quality product is what it’s all about.

Revved Up - Why the Import Engine Market is on the Rise