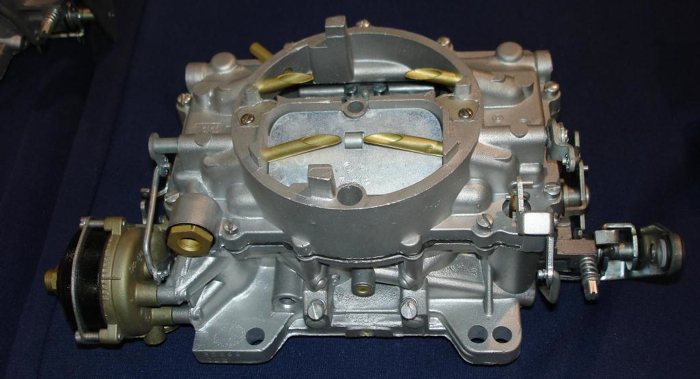 A good carburetor tune can make an engine, while a carburetor that’s mistuned can literally break an engine. A good tune means the engine should start and idle without stalling, and respond instantly when the pedal hits the metal. The carburetor will also deliver the optimum air/fuel ratio throughout the engine’s RPM range to achieve peak horsepower and torque.

A mistune, on the other hand, can create all kinds of problems. A slightly rich fuel mixture is necessary to make peak power, but if the A/F mixture is way too rich, excess fuel can wash down the cylinder walls and dilute the oil. It can also foul the spark plugs. Too lean is even worse. It kills power and increases the risk of engine-damaging detonation.

If an engine is hard to start, barely idles, coughs, bogs, sputters or stumbles every time the throttle opens, gets horrible fuel economy, spews black carbon from the tailpipe or never seems to run very well, chances are the carburetor needs to be tuned.

Carburetor tuning runs the gambit from simple idle speed and idle mixture adjustments, resizing main jets and fiddling with the choke adjustment (street applications only) to major modifications such as changing venturis, venturi boosters, air bleeds and emulsion tubes, metering blocks, accelerator pumps, cams and discharge nozzles, and power valves. Almost anybody with a screwdriver can make the simple adjustments or swap jets, but it usually takes an expert to perform major modifications with success.

A brand new carburetor from a major aftermarket supplier comes prejetted and preadjusted for the “average” engine it will be bolted onto. Street carburetors are set up to deliver good cold drivability and good fuel economy and performance, but not necessarily peak performance. By comparison, race carburetors are purpose built for specific applications. There’s no choke to restrict airflow into the carburetor, and the venturis, boosters, metering blocks, fuel bowls and throttle plates may all be heavily modified to deliver the kind of performance a race car driver expects.

Many circle track rules restrict the type of carburetor or modifications that can be made. For these kinds of venues a “blue printed” carb that pushes the specs to the absolute limit is usually necessary to be competitive.

For street cars, depending on the vintage of the vehicle and state laws, a carburetor may have to be “emissions legal.” That means vacuum hookups for the PCV and EGR valves, a choke and possibly restrictors for the idle circuit so the carb doesn’t run too rich and increase emissions.

Vintage muscle cars, street machines and hot rods don’t have to worry about emissions in most instances so there are no restrictions on what kind of carburetor, the size or even the number of carburetors that can be used on an engine. Any carb that will bolt onto the manifold may be used – and that’s a real problem because a lot of guys over-carb their engines.

It’s true that a carburetor with larger throttle bores will flow more cubic feet per minute (CFM) than a carburetor with smaller bores. More airflow means more horsepower, but mostly at higher engine speeds. Drivability is just as important, and that requires a lot of air velocity for instant throttle response and good low to mid-range torque. Using a carburetor that is more closely matched to the engine’s displacement will deliver better performance and drivability than a carb that’s too big.

A typical smallblock Chevy will usually run best on the street with a 650 to 730 CFM carb. The only way a street small block can handle the extra airflow of a larger carb is if the engine is built and cammed to rev over 7000 RPM and the drivetrain is geared with a higher numerical final drive ratio.

How Carburetion Differs From Fuel Injection

The basic difference between a carburetor and electronic fuel injection is that a carburetor is totally dependent on intake vacuum for fuel metering and delivery. Intake manifold vacuum pulls fuel through metering circuits while atmospheric pressure provides the push. Fuel injection is not dependent on intake vacuum because the fuel is sprayed into the manifold, intake ports or directly into the combustion chambers. The powertrain control module (PCM) controls the fuel mixture using inputs from the engine’s exhaust oxygen sensors, throttle position sensor, manifold absolute pressure sensor and airflow sensor.

Electronic fuel injection is also self-tuning and is constantly readjusting the A/F mixture based on feedback from the oxygen sensors. Mechanical carburetors lack that ability, although some of the electronic feedback carbs from the early ‘80s could vary the A/F mixture. Consequently, mechanical carburetors require constant fiddling and readjusting for prevailing weather conditions and track conditions.

For peak power, most engines like an air/fuel ratio of 12.8 to 13.2. If you can tune a carb to deliver a consistent A/F within this range, the engine will usually run at its full potential from off-idle to wide open throttle.

The air/fuel ratio will change with ambient temperature, barometric pressure and humidity. Hotter air is less dense than cold air, so the carburetor main jets usually need to be reduced in size to compensate so the engine doesn’t run too rich. Likewise, colder air is more dense than hot air, so the main jets can be increased in size so the fuel mixture doesn’t go lean. A 10-degree temperature change one way or the other may require increasing or decreasing the jets by two to four sizes.

Altitude and barometric pressure also affect air density. Higher altitudes and decreasing barometric pressure thin the air, which causes the carburetor to run rich. Installing smaller jets will compensate for the difference. High humidity can also have the same effect because molecules of water displace air.

Before the actual tuning process, let’s take a qlook at the various carburetor circuits and what they do:

One of the most important things to always consider before you touch a carburetor is its history. If it’s brand new, it’s history doesn’t matter. But if it’s a used carburetor, beware because a lot of unpleasant surprises can be lurking inside:

The bottom line is you need to make sure the carburetor you’re going to use is in good working condition and hasn’t been screwed up, otherwise you may never get it to work well.

Okay, now comes the fun part. A few preliminary adjustments can be made before installing the carburetor on the engine. One is to preadjust the idle mixture screws to about one full turn out. Do not overtighten the idle mixture screws as doing so can damage the needle tips. If the carb has a choke, preset it to the “0” or midpoint setting. Leave the locking screws for the choke housing cap slightly loose so the choke can be easily readjusted as needed. Preadjust the idle speed screw on the throttle linkage so the throttle plates are closed, then tighten the screw one full turn for the initial idle setting.

As soon as the engine starts (assuming this is a newly built engine), the engine needs to run at fast idle 1,100 to 1,500 RPM for its initial break-in period. Once the rings have seated, you can make the initial idle mixture and speed adjustments. The goal here is to turn the idle mixture screws in and out to achieve the fastest idle speed, then adjust the idle speed screw to set the idle speed.

Obtaining a good idle can be a challenge with a long duration cam because of the reduced intake manifold vacuum, so the best you can do is aim for an idle mixture and speed that keeps the engine from stalling.

How you proceed from here depends on what kind of equipment you are using. If the engine is on a dyno, your exhaust gas oxygen readings can guide you as you monitor the A/F ratio at changing engine speeds. As we mentioned earlier, a slightly rich mixture (12.8 to 13.1) usually produces the most power and torque. A balanced or neutral A/F ratio of 14.7 to 1 (stoichiometric) is good for fuel economy and emissions, but not so much for power. The one thing you want to avoid is going too lean (especially at high RPM) because a lean fuel mixture is a prescription for detonation, preignition and burned pistons.

If the engine is on a test stand (not a dyno) or in a vehicle, you can use a handheld A/F meter with a wideband O2 sensor to measure the A/F ratio in the exhaust. Keep in mind that the meter readings are an average for all of the cylinders that are dumping exhaust into that pipe. So check both pipes with a dual exhaust. Also keep in mind that differences in fuel distribution in the intake manifold may cause the end cylinders to run leaner than the center cylinders.

Another check to make before you start playing around with the jets, accelerator pump and power valve is the fuel level inside the fuel bowls with the engine idling. On a Holley 4BBL, the level should be even with the inspection hole when the plug is removed.

Once you have the carburetor baselined, you can start to look for power improvements. With a dyno, you can see what’s happening with the A/F mixture, horsepower and torque curves as the engine makes a pull.  You can see if the carburetor is going too rich or too lean causing power and torque to drop off at certain engine speeds. This, in turn, tells you if you need to richen up or lean the main jets and/or change the power valve to correct the A/F mixture.

If you’re tuning a carburetor the “old school” way, test driving or taking a few hot laps will quickly tell you if the engine feels strong or not, and how well it responds to throttle changes. If the engine feels sluggish when the driver steps on it, the carb may be going too rich or too lean. Trial-and-error changes to the accelerator pump and/or main jets and/or power valve should eventually sort out the problem.

Keep in mind that the jet sizes, power valve and accelerator pump adjustments that provide the best performance today may not produce the same results tomorrow. As soon as the weather changes, track condition changes, or other changes are made (like valvetrain lash, spark timing, etc.), the carburetor will be out of tune and in need of further adjustments.

With carbureted engines, it’s an ongoing process of tweaking and adjustment to find the settings that deliver the best performance. So unless you’re ready to swap out the carb for a bolt-on fuel injection system, keep that screwdriver handy. You’ll need it!

Advertisement
In this article:carburetors, engines, Tuning

Understanding How to Tune Carburetors