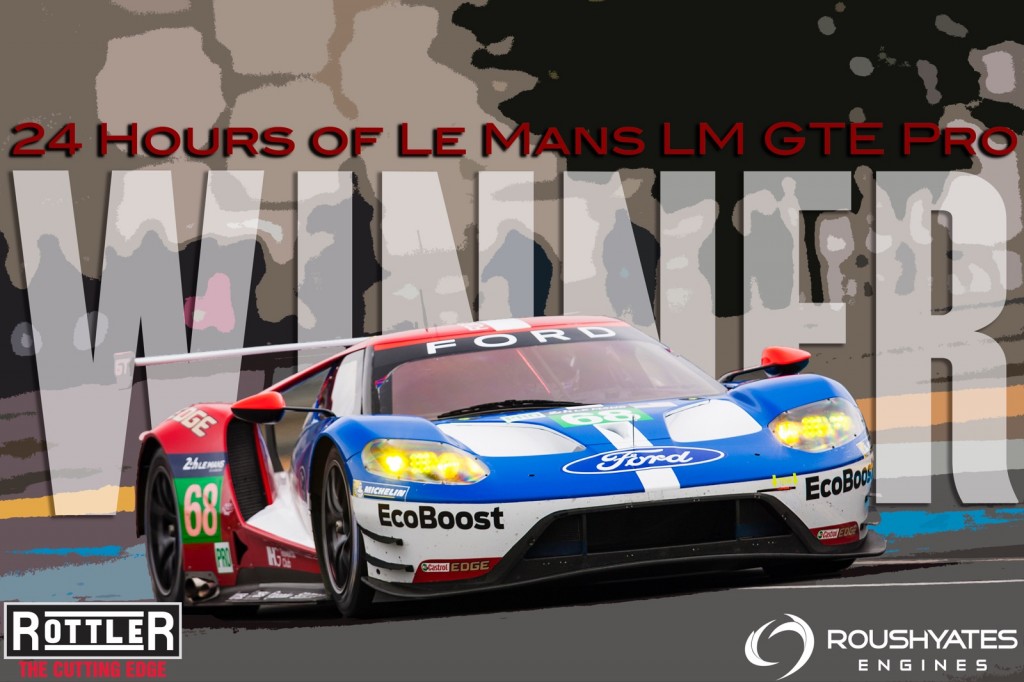 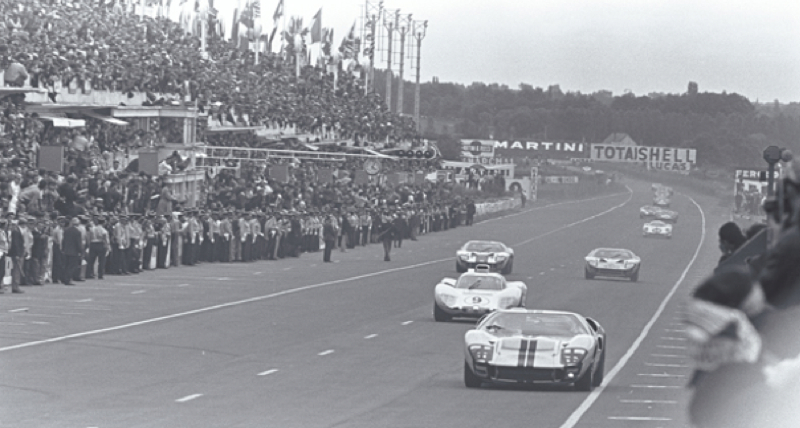 It was 50 years ago in 1966 that Ford Motor Company achieved one of the most prestigious victories in endurance road racing history, winning the 24 Hours of Le Mans. Ford was the first U.S. manufacturer to take home this coveted trophy. Ford proceeded to win the 24 Hours of Le Mans in four consecutive years; 1966, 1967, 1968 and 1969.

Going back to Le Mans 50 years later has been a journey inspired by a rich family history. To go back to honor this heritage, Ford needed to assemble the right partners that shared their same passion and love for racing. 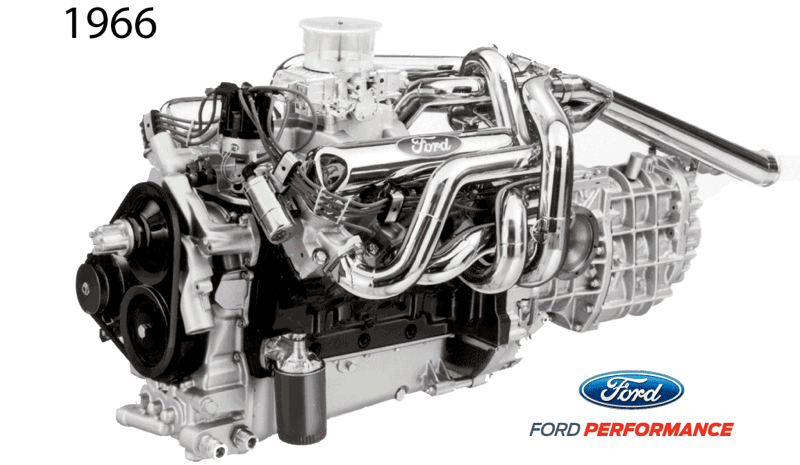 The project started taking shape after several late night meetings in Mooresville, N.C. at the Roush Yates Engines facility. The team was assembled. They were given the objective to take the twin-turbo Ford EcoBoost V6 street production engine and shape it into a high performance endurance race engine that would power the Ford GT in the 2016 24 Hours of Le Mans. As Jon Giles, business manager stated, “For a group of engineers and engine builders this was a dream come true.” 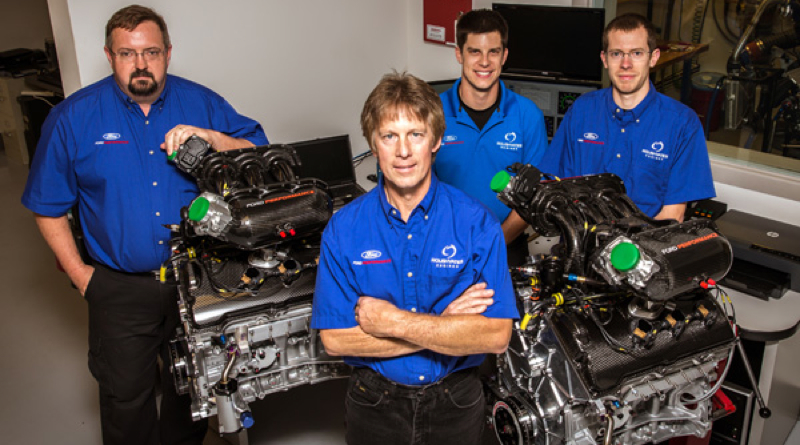 They knew normal text book solutions would not be good enough to win on the world stage at Le Mans. They challenged everyone associated with the program (internally and externally) to push the envelope for new and innovative ways to refine and optimize the performance and fuel economy of the race engine.

Roush Yates Engines in partnership with Ford Performance started on the quest to design, test and build the twin-turbo Ford EcoBoost V6 race engine. Starting from the street production platform and enhancing it to compete against the likes of Ferrari and sustain the grueling 24-hour endurance race reaching speeds of more than 180 mph (compared to 125.38 mph in 1966) was something the combined team had to solve. “The team was able to blend the fuel economy and performance technologies of the twin-turbo Ford EcoBoost V6 race engine and couple it with the Ford GT’s aerodynamics to make the optimal road racing performance package,” stated Wade Riesterer, technical manager of Road Racing.

Each engine is hand built from the ground up, taking a total of 105 hours from start of production through final build and dyno testing. Starting with the heads from the Ford Cleveland Engine Plant and blocks from the Lima Engine Plant. The Cylinder Head team works meticulously to hand blend the ports, while the Engine Block team utilizes the Rottler F69A to hone the blocks to the nth degree of accuracy. Precision and accuracy are key for these two main engine components. 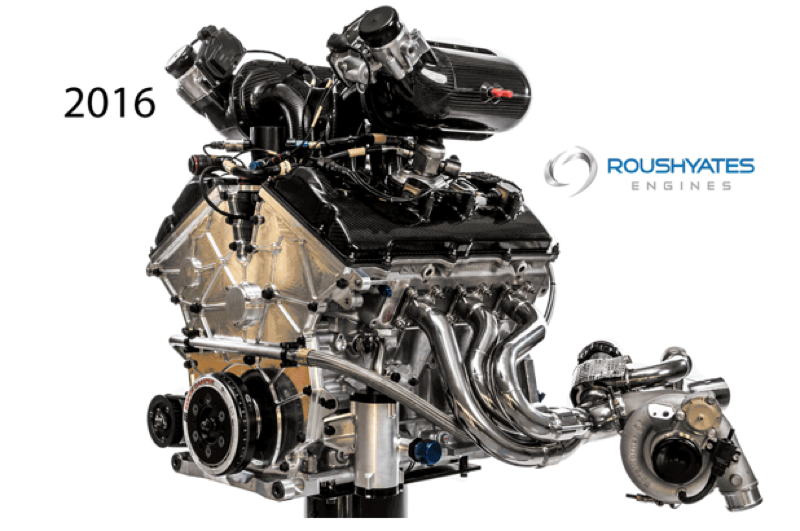 The engine itself is composed of 1,600 parts. This masterpiece begins with over 80% of the OEM components from the twin-turbo Ford EcoBoost V6 production platform. In order to make the engine race ready additional parts are sourced or manufactured in-house at Roush Yates Manufacturing Solutions facility. This allows for close oversight on these highly complex parts by the Quality Assurance team and allowing for Just-In-Time (JIT) delivery.

The main engine builder, Jimmy Snyder started building engines when he was 16-years-old in the local service station in upstate, NJ. Today he is hand assembling the four twin-turbo Ford EcoBoost V6 race engines that will power the Ford GTs. 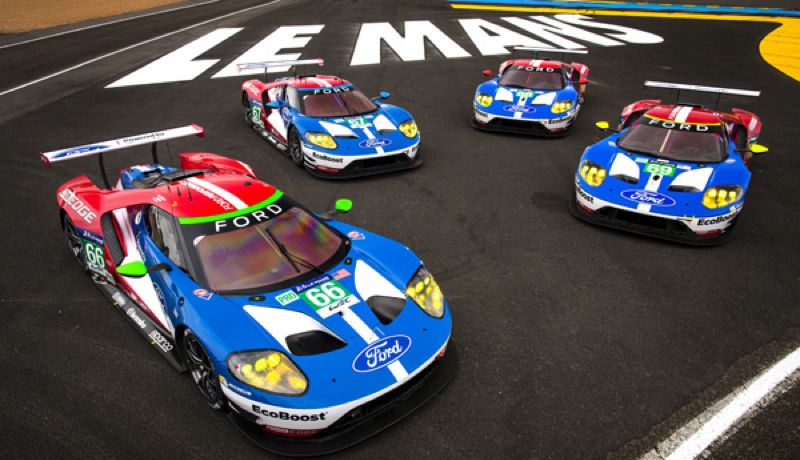 Durability and reliability in a 24 hour endurance race are vital. The team addressed these challenges with a rigorous mileage and dynamometer test strategy. There were a total of 22,000 vehicle test miles logged across the globe, including two durability tests strategically ran in two different countries and another 38,000 miles of durability and calibration mapping completed in the 17G Dyno cell in Ford’s Dearborn, MI facility.

One may ask what it means to Roush Yates Engines to be part of such a historic event. Dean Johnson, Cylinder Head Manager recalls being at the Ford museum standing in front of the 1966, No. 2 car and telling his son “this is my future” and two years later being able to share with his son one of his proudest moments, the unveiling of the Ford GT supercar.