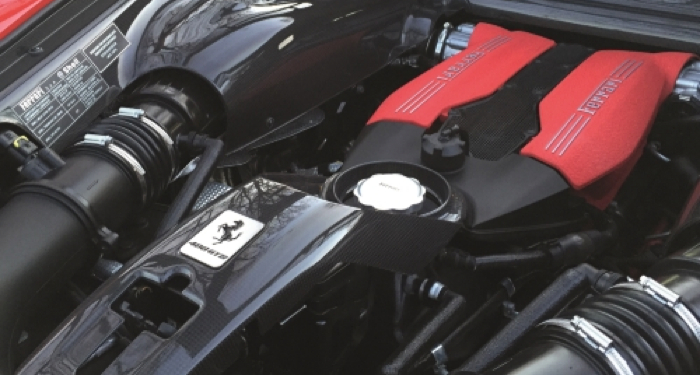 Sub 1-liter: Ford 1.0-liter EcoBoost
Despite losing its grip on the coveted International Engine of the Year Award last year to BMW’s revolutionary 1.5-liter three-cylinder electric-gasoline hybrid powertrain, Ford’s dominance of the ever-growing sub 1-liter category class showed no signs of diminishing when its now-renowned 1.0 EcoBoost motor picked up the trophy for the fifth consecutive year.

1.0 – 1.4-liter: PSA 1.2-liter three-cylinder
One of the surprises of last year’s awards was PSA Peugeot Citroën’s 1.2-liter three-cylinder turbocharged powertrain ending Volkswagen’s nine-year dominance of this engine category. And after breaking the deadlock in 2015, PSA’s triple has now retained its hard-earned category crown by an impressive margin of 54 points over BMW’s 1.2-liter engine.

1.4 – 1.8-liter: BMW i8 1.5-liter hybrid
Last year’s outright International Engine of the Year Award winner has again picked up its category class, with the stunning 1.5-liter three-cylinder electric-gasoline hybrid powertrain housed inside the BMW i8 being regarded by many judges as being one of the most revolutionary feats in automotive engineering.

2.0 – 2.5-liter: Audi 2.5-liter five-cylinder
Audi’s now legendary 2.5-liter five-cylinder performance heart has successfully seen off a number of rival designs to claim this category every year since 2010. But interestingly it’s been diesel products that have put up the greatest fight during that time – first Mercedes’ ever-green 2.1-liter motor and then Mazda’s smooth 2.2-liter runner with its high compression ratio. Nevertheless, Audi’s 2.5-liter remains unbeaten.

2.5 – 3.0-liter: Porsche 3.0-liter turbocharged flat six
The news that Porsche planned to turbocharge its mainstream 911 flat six engine certainly gave marque purists pause for thought, but the legendary car maker’s new 3-liter six-cylinder biturbo has roared to victory in an awards category that has, in previous years, been comprehensively dominated by BMW.

3.0 – 4.0-liter: Ferrari 3.9-liter V8 biturbo
There’s no doubt that the 3-litre to 4-liter category has become one of the most fascinating divisions in the International Engine of the Year Awards, what with it being home to an embarrassment of IC engine riches from the likes of Porsche, Audi/Bentley, Nissan, Maserati, Mercedes-AMG, McLaren and, of course, Ferrari, with its new turbo fighter in the 488.

4.0-liter and above: Ferrari 6.3-liter V12
Big capacity, naturally aspirated engines are something of a dying breed in the current market. Luckily, however, there are a number of manufacturers out there who excel at creating engines that not only capture the spirit of days gone by, but also tick every compliancy box asked of them. Ferrari’s sonorous V12 beats them all.

Green Engine of the Year: Tesla Model S all-electric powertrain
Scoring the most points in this category yet again, Tesla has become the first car maker to win the Green Engine trophy for three consecutive years. And that fine piece of record-breaking history sits nicely alongside what Tesla achieved back in 2014, when the California tech company became the first OEM to win an International Engine of the Year Award for an all-electric powertrain.

Performance Engine of the Year: Ferrari 3.9-liter V8 biturbo
As the entire industry’s focus shifts toward sustainability, it is unsurprising to see the trends of downsizing, turbocharging and increased efficiency work their way into performance engines. Ferrari’s 3.9-liter twin-turbo V8 is the perfect example of how technologies used by more mainstream models to increase fuel efficiency and reduce emissions can also be used to deliver a scintillating driving experience.

International Engine of the Year 2016:  Ferrari 3.9-liter V8 biturbo
It’s been eight years since any engine featuring more than four cylinders has won the outright International Engine of the Year title, and an entire decade since anything bigger than a six-cylinder has finished first. But at long last a V8 powertrain, oozing with state-of-the-art technologies, has come to the forefront.

And it should come as no surprise to learn that the victorious V8 is Ferrari’s all-conquering F154CB heart, which has already secured no fewer than three other distinctions at this year’s International Engine of the Year Awards: Performance Engine, New Engine and the 3-liter to 4-liter Engine. In doing so, the 3,902cc creation with a pair of twin-scroll IHI blowers, becomes one of only three powertrains to take four trophies in one year, in turn securing its place in the automotive engine elite.