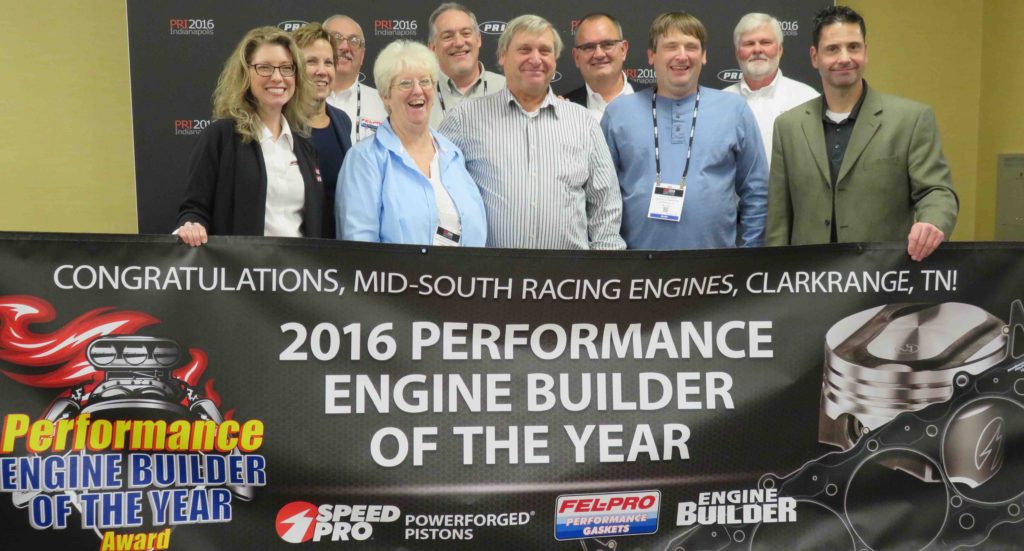 Pritchett started his career as a drag racer, racing in Stock Eliminator, Super Stock and Comp Eliminator series. Along the way he also built winning race engines leading to 30 race wins and 32 records in NHRA competition. A feature on Pritchett and his shop, Mid-South Racing Engines, will be presented in the January 2017 issue of Engine Builder magazine.

In addition to this year’s Performance Engine Builder of the Year winner, the contest will announce winners for both Diesel and Vintage categories at a future date.