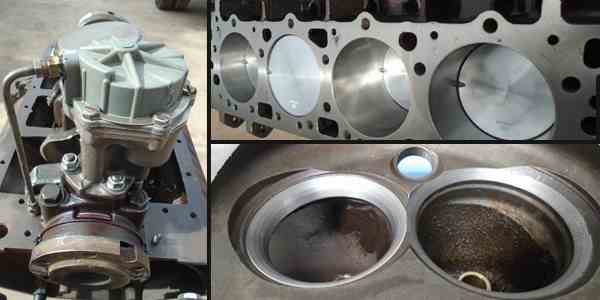 Two other shops couldn’t properly handle this 1955 331 Cadillac engine, but Timm Jurincie at Tuf-Enuf Auto & Marine Performance was up to the task.

At Tuf-Enuf Auto & Marine Performance, typically 25% of the engines were at another shop first, according to owner Timm Jurincie. “They either failed on it, couldn’t do it, couldn’t handle it, couldn’t produce, or had machining problems or parts procurement problems, and they end up landing here,” says Jurincie, whose shop is located in Avondale, AZ. “That’s how this 1955 331 Cadillac engine got here.” 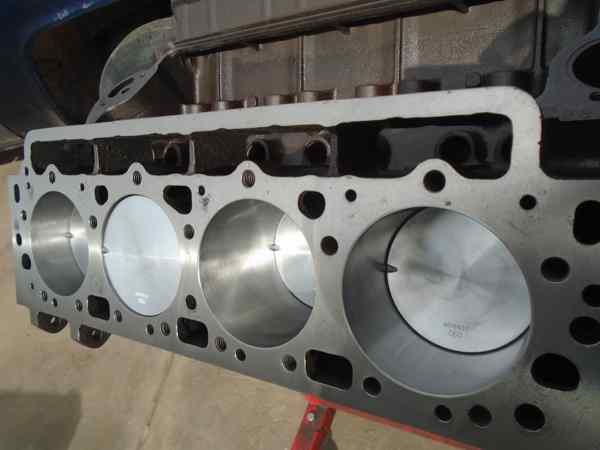 The decks didn’t quite clean up as much as Jurincie had hoped with 61 years of rust on them, but Tuf-Enuf did BHJ them without too much metal removal. There is enough metal left to redeck them again if the need ever arises.

As the story goes, someone else did work on the short block, and a different guy did the heads and didn’t set it up correctly for the right cam lift. In addition, those guys didn’t line hone the engine and didn’t crack check the block and there were broken bolts in it. “The customer called us about removing the broken bolts and fixing the heads,” Jurincie says. “When he brought the stuff over here, we asked him what was done and what is supposed to be done.”

Jurincie started with the line hone and also decked the block. He also found that the size of the bore was off for the pistons the customer had. The piston wall clearance ended up being between .007” and .009” off, which is way out of spec. Boring and honing was in order.

“These were some standard issues for a 1955 motor,” he says. “We are building this motor just like everything else that comes out of here – it’s baked, blasted and magged first and then it’s line honed and bored with reference to the line hone and BHJ decked. We balance everything within a quarter of a gram for a street motor because it doesn’t take much more time and we can, so we do.”

Because this is an old engine it requires old style rings, so Jurincie had to make the bores a little rougher rather than they would be using a new style hone on it.

“The decks were done with our CBN tooled BHJ fixtured machine,” he says. “The engine is all balanced up and we also resized the rods, put new bolts in it and we are in the process of putting that together now.” 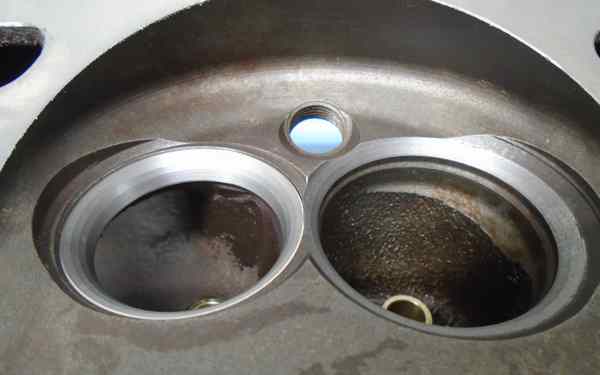 In addition, the 331 originally had helical style bronze guide liners in it. The engine still had them in part of it, but someone put thin-walled liners in the rest of it. “Somebody apparently ran out of everything and finished it up with solid guide liners and didn’t realize they could use replaceable guide liners,” Jurincie says.

The cam is also unique because this engine has a higher lift rocker arm ratio than most people are used to dealing with. Prior to arriving at Tuf-Enuf, someone didn’t leave enough retainer-to-guide clearance and smashed about half of the stem seals on it.

“We ended up getting the correct size replaceable bronze guides from PEP and then machined the tops down for the positive stem seals and topped off the guide to make them shorter so everything will fit with the metal plaid style stem seal in it,” Jurincie says. 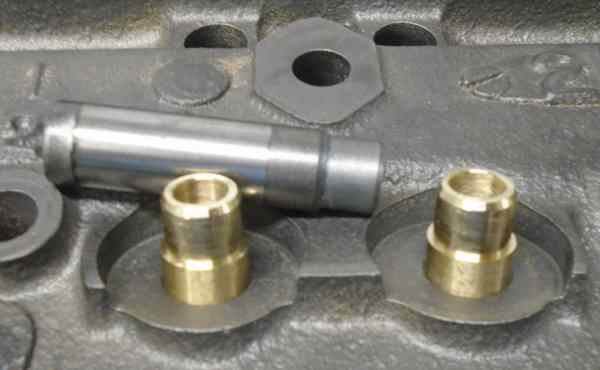 A previous shop installed bronze helical type screw in guide liners and positive stem seals, but didn’t top off the guides for the difference in seal height. All of the stem seals were smashed by the retainers because the only available cam is a higher lift “RV” type with .500+ lift. They obviously didn’t check for proper clearance. The factory guides are replaceable, so Tuf-Enuf installed the solid bronze type guides.

The only cams available for this engine were through Rebuilder’s Choice, which Jurincie says he found from ads in Engine Builder magazine. 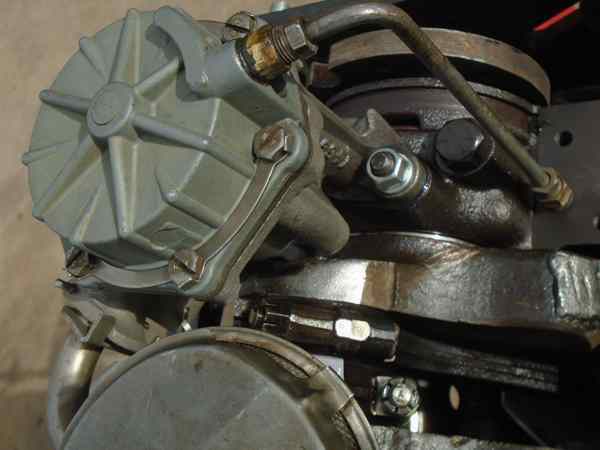 The bottom end looks fairly conventional, except for the oil pump, which Tuf-Enuf rebuilt, and the vacuum pump attached to it.

The engine is now updated and rather than just having a single 45 on it, it has a standard three-angle valve job on the intake. Jurincie put throat cuts on the exhaust because of the insert SBI seats. He also did another throat cut below that to blend it into the original port. “It’s not a race motor, but that’s the kind of work we do here,” he says.

The 331’s distributor was also in need of attention. The previous distributor’s vacuum advance had a hole in it and was inoperative and the mechanical advance was rotten and frozen, so Tuf-Enuf got a new distributor from USA Parts Supply and updated the curve on it for modern fuels. Jurincie also added a square Rochester carburetor. 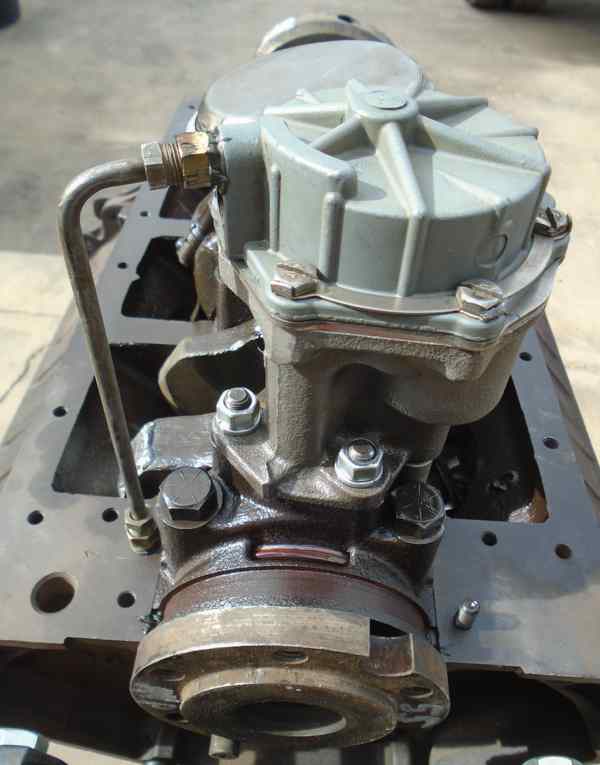 Now that the 1955 331 Cadillac engine has been given the proper treatment through the thorough eyes of Timm Jurincie, the engine is nearly ready to be put in the customer’s custom resto mod he is working on. And after being BHJ decked, lined, honed and getting a three-angle valve job it’ll make around 20 percent more horsepower than it did stock.

Engine of the Week stories are sponsored by Cometic Gasket.