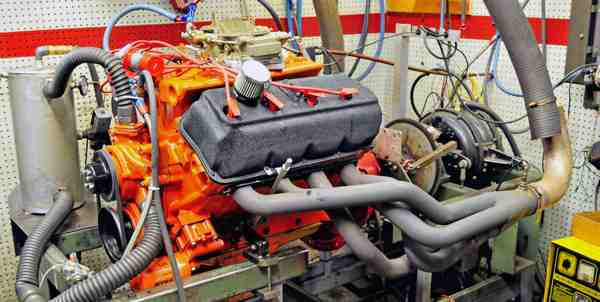 This 1968 426 HEMI engine came into Victory Racing Engines in Cleveland in pretty rough shape. Rust, gunk, and 30 years of wear and tear is what Ray Banyas had to cut through in order to get this engine breathing again.

“Everything was just a disaster,” says Ray Banyas about a particular engine he recently rebuilt. “The whole thing was a big, rusted up, corroded mess. The manifold was gunked up. The valve covers were all rusty. When it came in we had to take apart 30 years of wear and build up.”

The engine Banyas so eloquently described was a 1968 426 HEMI a customer wanted rebuilt to be put in a 1969 Roadrunner. 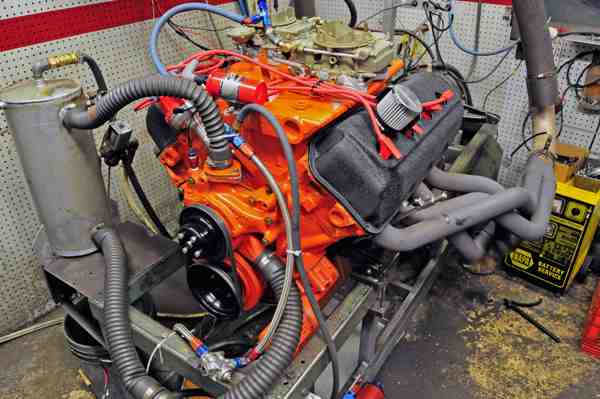 “The customer is a lady dentist and she and her husband also own a Dodge Viper,” says Banyas, who is the owner of Victory Racing Engines in Cleveland. “She is the one with the lead foot, and she wants to race the Roadrunner against the Viper to see which is faster, the old school or new school.”

In order for the old school to have any chance, Banyas had to do a number on the 426 HEMI, but only after he cleaned all the crud and rust off. 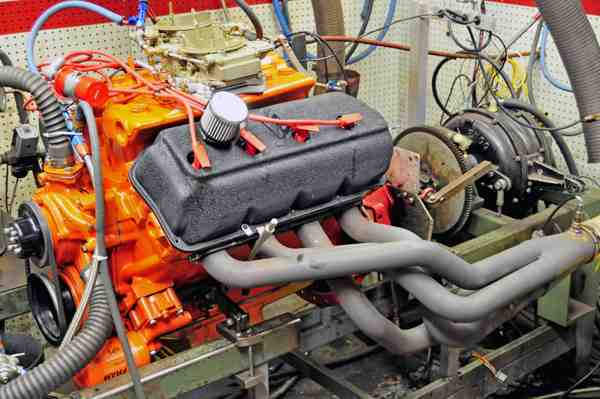 “We do everything when we rebuild an engine here,” he says. “Basically we line hone the engine, we bore it, deck it, and make sure the gasket surfaces are flat. We also check the main bearing clearance and rod bearing clearance. We also pin fit the pistons and pin fit the rods. We balance the engine as well. We had to do a valve job on the cylinder heads and change the springs and retainers for the hydraulic roller cam. We checked the push rod length so that those would work with the hydraulic lifters. We checked the valve clearance and the compression ratio. I had to cc a head and cc’d the dome of the pistons. We had to do some machining on the heads to get the longer push rods to clear. The list goes on.” 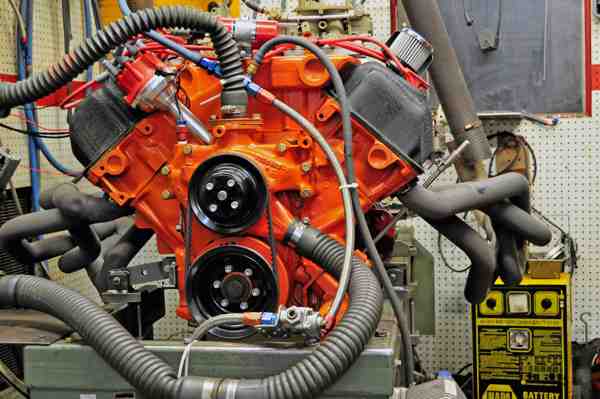 Banyas kept the engine at a 10-to-1 compression ratio for pump gas. He was able to use the original block and put a stroker crank in it. When the block came in it was already 60 over, so Banyas made it into a 4.320″ bore (70 over).

“We had pistons made for it, and put a hydraulic roller in it,” he says. “We ran the engine on the dyno and it made 636 hp at 6,000 rpm. It has a standard valve train on it as far as the rocker shafts and assemblies go. It has about 600 lift in it. It’s got a crossram manifold with dual quads, and we have the original carburetors for it, which were done by Chris’s Carb Shop.” 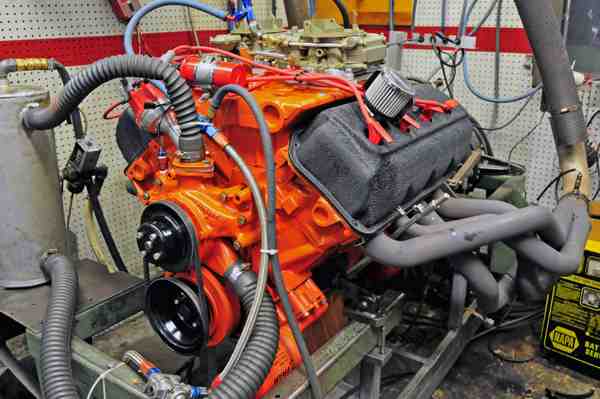 Despite the rough condition the engine arrived in at Victory Racing Engines, Banyas was able to clean everything up and even painted the covers. The 426 HEMI is now running with K1 rods, a K1 crank, Hastings rings, COMP Cams valve springs and camshaft, Clevite bearings, Cloyes timing chain sets, and push rods from Smith Brothers. It’s a completely rebuilt engine.

If you ask us, this customer is going to have an exhilarating race on her hands!