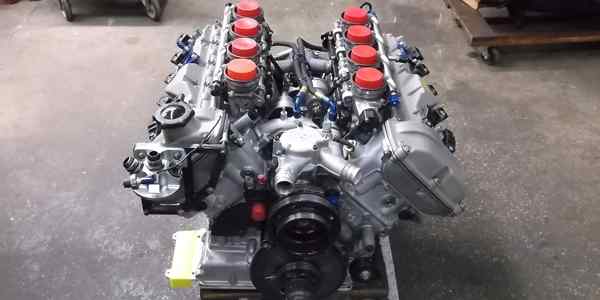 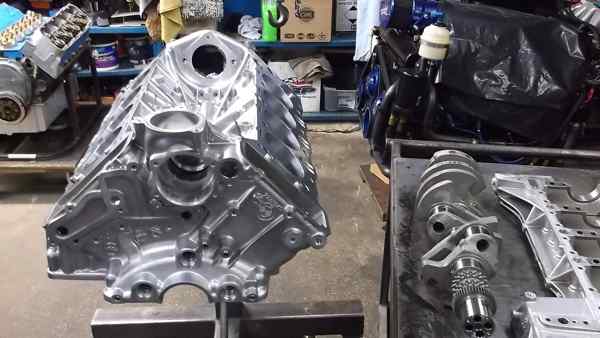 Ron Hutter, owner of Hutter Racing Engines is a guy who will work on just about any kind of automotive engine. When we called him up he had LS engines, Porsche engines and BMW engines all in the shop that day.

He was doing a good amount of work on a BMW S65 V8 engine that he ultimately decided to tell us more about. This engine was run in the Continental Tire Challenge inside a BMW M3, but is now a SCCA Touring 1 (T1) class motor. The SCCA, in response to the ever increasing performance of today’s street cars and to expand participation by various manufacturers, developed a category for those cars that had performance potential, which required some changes to wheels/tires and suspension components. The T1 class features cars such as the Porsche 996 and Aston Martin Vantage among others. 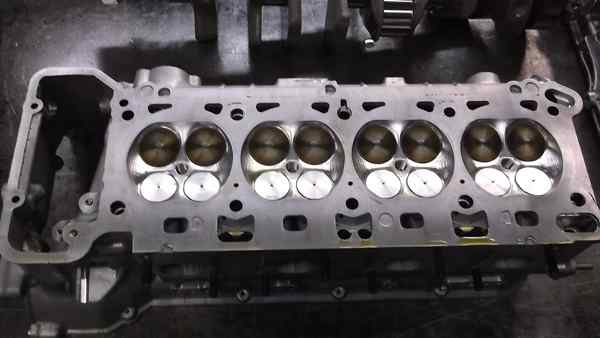 The BMW engine came into Hutter Racing Engines and was just worn out and needed to be gone over. That entailed sharpening up everything from new rings and pistons to tightening up the cylinder walls and going over the valve job, etc. 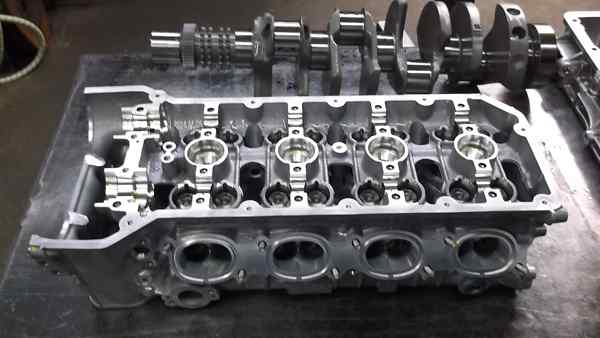 “We had to put in new Cometic head gaskets on it, which we use almost exclusively,” Hutter says. “However, with BMW stuff, a lot of it doesn’t have gaskets. For instance, the crankcase doesn’t actually have an oil pan on it. The crankcase and main saddle are all part of one big case.”

Hutter also worked on new cylinder heads and added a custom designed piston and ring package because of the engine’s unique block. 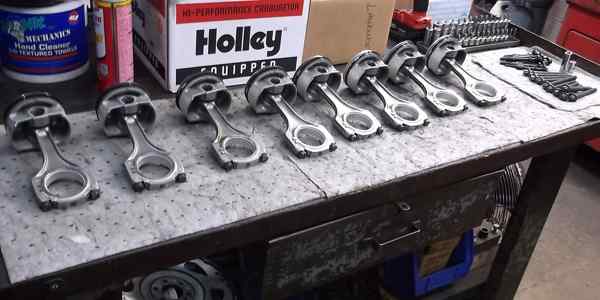 “The engine block is Alusil, which doesn’t have liners in it,” he says. “The block is just an aluminum alloy and the rings and pistons run right on the aluminum cylinder wall. We’ve come a long ways over the past four years of working on these engines in terms of cylinder wall preparation so they have a longer life expectancy. When we started out they were good for 26-27 hours of running, and now we have them up to 72-73 hours of running just through cylinder wall preparation and changing the ring package a bit.” 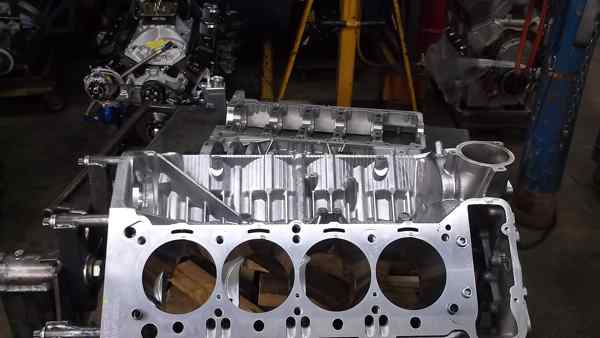 The new pistons came from CP-Carrillo and the ring package came from Total Seal Piston Rings. The bearings in the engine came straight from BMW.

The engine also has a Dailey dry sump on it, which came from Dailey ready to use. It’s a billet oil pan and a dry sump system, which means it has no hoses. The pump bolts right to the oil pan and the passages are integral with the oil pan and are machined right in. 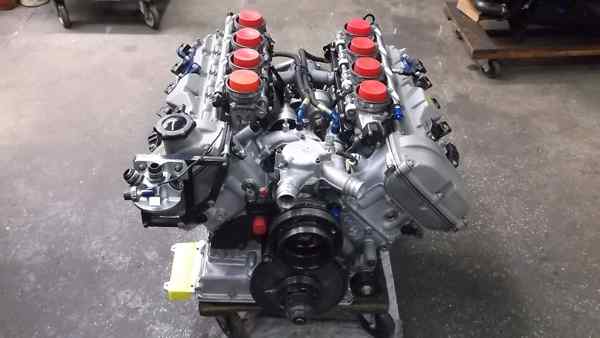 “That is all aftermarket because when these engines come from the factory they are wet sump,” Hutter says. “They have an oil pump and a pan, but for the SCCA T1 class and the Continental Tire Challenge the engines can run dry sump.”

Now that the engine has been given a clean bill of health from Ron and his team at Hutter Racing Engines, this BMW S65 V8 should crank out between 560-570 hp and the rpm range runs up through 8,600-8,700 rpm. 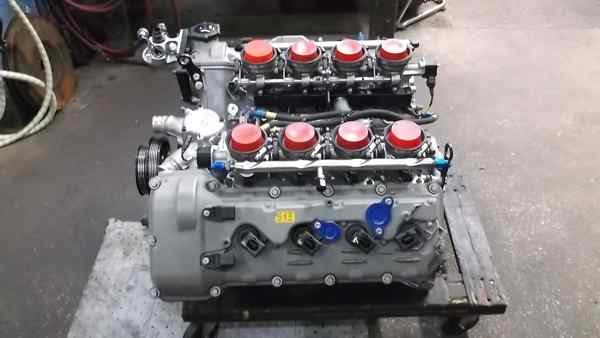 “This motor has all four cams moving independently,” he says. “They advance and retard depending on what you do with the computer. Because of that, the engine yields a really flat torque curve and makes good top-end power because you can move the cams around.”

This is one BMW engine that should have no issue beating some Porsches and Aston Martins. 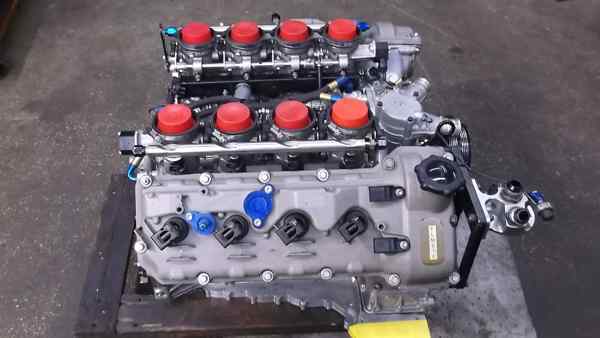