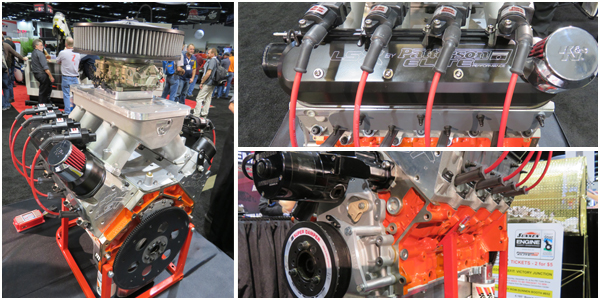 The core of this engine is a stock, right-from-the-GM-factory LSX 454 DR. And that is where the “stock” aspect of this engine stops. Nick Ferri of Patterson-Elite Performance says the engine has $40,000 worth of aftermarket parts that help this engine put out 859 hp and 663 lb.-ft. of torque along with a 14.40:1 compression ratio. 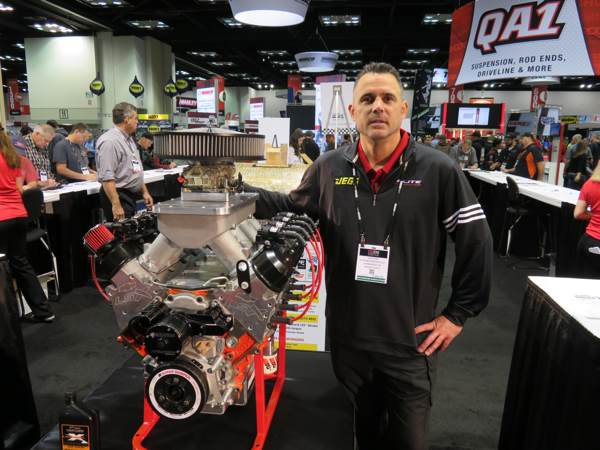 Welcome to 2017, and to Engine Builder’s newly created Engine of the Week newsletter sponsored by Cometic Gaskets. For the next 52 weeks you will be able to see the coolest engines of various types that engine builders across the country have been working on. We kick off 2017 with an LSX 454 DR engine built by Nick Ferri of Patterson-Elite Performance in Augusta, Kansas.

This engine was built for Sunnen as a charity build for Victory Junction, a fun camp experience for children who spend most of their year receiving medical treatments or attending countless hospital visits. The engine was raffled off at the 2016 Performance Racing Industry Trade Show on December 10, 2016. 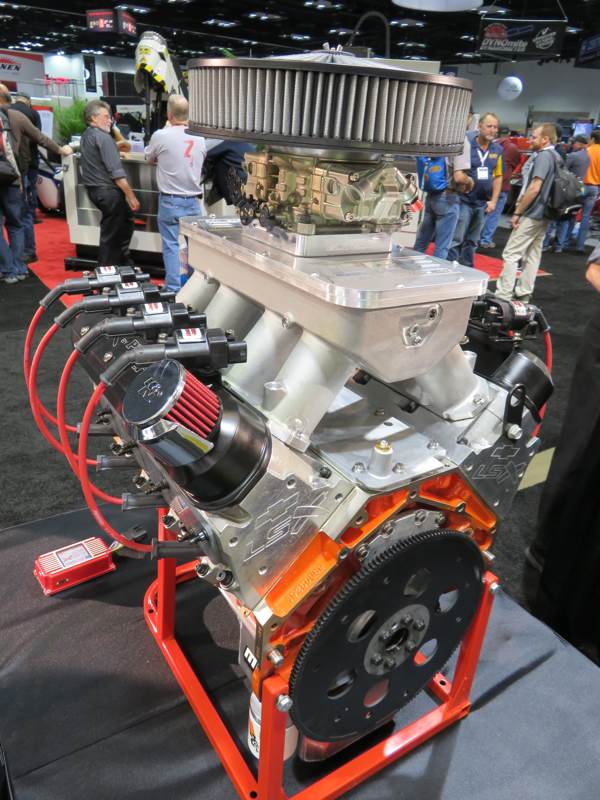 The core of this engine is a stock, right-from-the-GM-factory LSX 454 DR. And that is where the “stock” aspect of this engine stops. Nick Ferri says the engine has $40,000 worth of aftermarket parts that help this engine put out 859 hp and 663 lb.-ft. of torque along with a 14.40:1 compression ratio.

“I’ve had a good rapport with a lot of technical and sales people at Sunnen such as Bob Davis,” Ferri says. “Bob called me last spring and told me about the program. I’ve been coming to PRI now for 20 years, so I’ve been familiar with this program ever since the beginning of time. I knew the different builders like Reher and Roush, and Bob asked me if I’d be interested in being the builder for this year. It’s a huge honor and I instantly accepted it.” 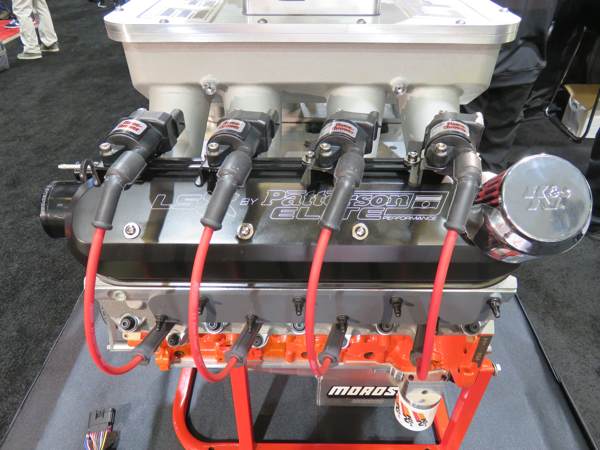 Ferri had been running Mopar engines, so the initial plan was to get a Mopar engine to do. However, that build ran into a lot of walls to get aftermarket parts and time was starting to run out.

“We decided to go back to Pro Stock in a GM car and I went in a different direction,” he says. “I contacted GM and got them to donate us the LSX engine. Then I had to reach out to our manufacturers on our Pro Stock, and they were all more than happy to be a part of this project.”

Ferri and Patterson-Elite Performance did all of the machine work and assembly. “We built a pretty good engine and got it to the PRI Show at the 11th hour, and it probably just got done cooling down when we put it here on the table,” Ferri says. “It got to the point where we had the conversation about whether we just put a crank in it and put a pan on it to make it look like an engine and then finish it later. But I said, ‘No, we are going to get this done.’ And we did.” 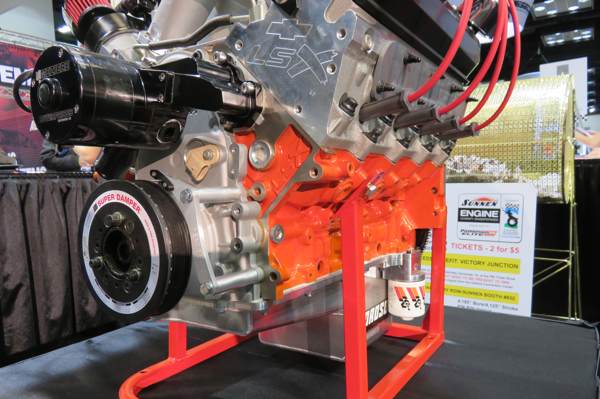 The engine makes 859 hp and 663 lb.-ft. of torque. GM supplied the engine along with the ignition system. Winberg Crankshafts supplied a crankshaft. CP-Carrillo donated a set of steel rods with Clevite bearings along with a set of CP pistons and Total Seal rings. Comp Cams did the camshafts, retainers, shims and locks. Trend Performance donated the push rods. Jesel Valvetrain donated the lifters and rocker arm system. PSI donated the valve springs. The heads were already CNC ported straight from GM with Ferrea titanium intake valves and Ferrea Inconel exhaust valves. CFE Racing Products port matched the intake manifold and the stock Dominator carburetor from GM was taken off, and a Braswell carburetor was put on. To fit the rest of the engine, Pertronix did the coils with the wires, ATI supplied the balancer flex plate, Meziere supplied a water pump, and Moroso donated an oil pan.

“We had great support, and the nice thing about this layout is it is a very popular platform among the racers in the community,” Ferri says. “The engine makes enough horsepower to run Super Gas racing, but that might not be the best application. This engine would be a good bracket race engine. It would probably be a great street rod engine too. If someone runs the right gas in it and a good-sized radiator, it could be driven on the street. That’s not out of the realm of possibilities – it would be one hell of a street motor.” 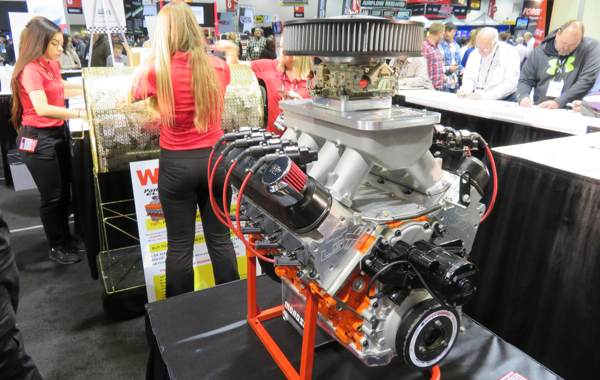 All proceeds from raffling the engine at PRI go to Victory Junction.

“I lived in NC for 12 years, so I’m familiar with the Victory Junction charity and the Petty family’s involvement with it,” Ferri says. “I have two kids of my own who are very fortunate and healthy, with a great home and family, etc. Any time you see things that involve kids, my heart goes out to them. It couldn’t be a better charity to do this for. 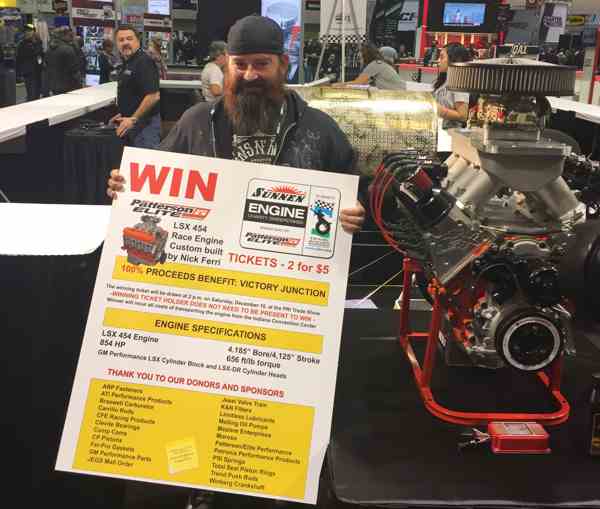 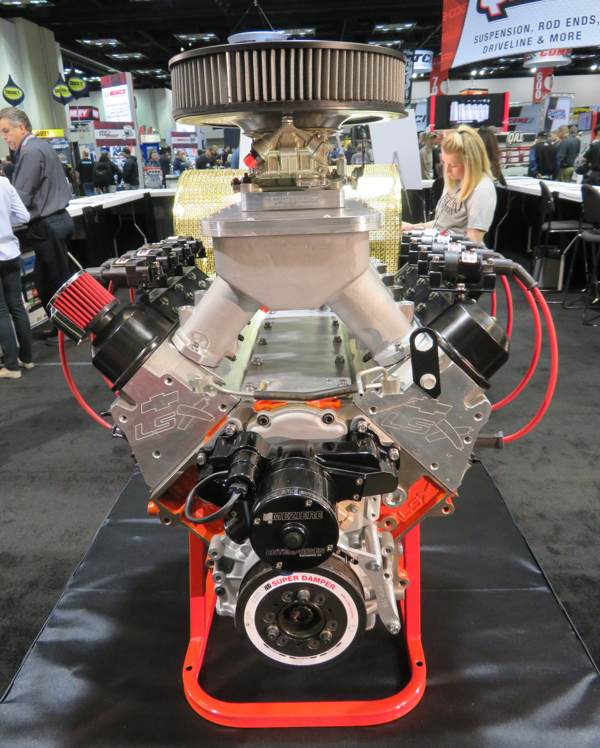