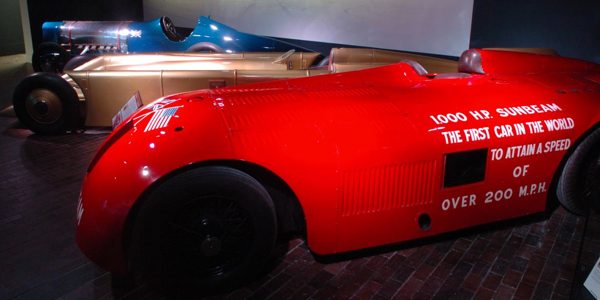 To celebrate the 90th anniversary of the Sunbeam 1000hp breaking the 200mph Land Speed Record, the National Motor Museum will be breathing new life into one of its engines to make it run for the first time in over half a century.

To celebrate the 90th anniversary of the Sunbeam 1000hp breaking the 200mph Land Speed Record, the National Motor Museum will be breathing new life into one of its engines to make it run for the first time in over half a century.

The restoration project will begin in time for the anniversary on March 29th, with an engine start-up planned for later in the year at Beaulieu.

The 1927 Sunbeam’s two 22.5L V12 aero engines, which each produced 435 hp, are in a perilous condition, with internal corrosion having caused severe damage. By painstakingly rebuilding the rear-mounted engine, using specialist knowledge and custom parts, the National Motor Museum engineers will recapture the sounds, sights and smells of this ground-breaking machine and help to preserve it for future generations. 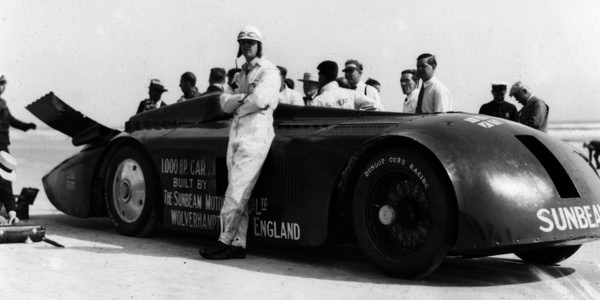 On March 29th in 1927, an estimated crowd of 30,000 spectators gathered to watch Major Henry Segrave set a new World Land Speed Record by driving the iconic car at an average speed of 203.79 mph at Daytona Beach in Florida. They stood in the nearby sand dunes to watch the high-speed runs along the beach. 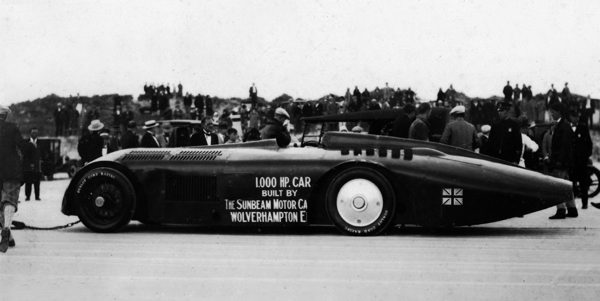 In order to set the record, Major Segrave was required to complete two runs. Strong winds on the first outward run caused the car to skid violently, forcing him to drive into the sea to slow the car down. He was still able, however, to make the return journey. The speeds achieved on the two runs were 200.668 mph and 207.015 mph, giving an average speed of 203.792mph over the mile and setting a new Land Speed Record – the first over 200 mph.

Major Segrave had challenged established record holder Sir Malcolm Campbell the year before, by setting a new World Land Speed Record of 152.33 mph in a 4L supercharged Sunbeam. However, with his sights set on breaking the 200 mph barrier, he had needed a much more powerful machine. The resulting Sunbeam 1000hp, built by the Sunbeam Motor Company at its Wolverhampton works, was one of the first cars designed and built to be the fastest land-based vehicle.

The driver’s cockpit of the Sunbeam 1000hp was positioned between the two V12 Sunbeam Matabele aero engines, which fed their power to the wheels via a three-speed gearbox and chain drive transmission. The total weight of this massive car was well over 3 tons, while its unique streamlined bodywork earned it the affectionate nickname ‘The Slug.’

The Sunbeam 1000hp went on display at Beaulieu in the Montagu Motor Museum, the forerunner to the National Motor Museum, in 1958 on loan. It was purchased by Edward, Lord Montagu in 1970 and now proudly sits at the heart of the For Britain and For The Hell Of It display in the museum.

The display features some of the world’s most iconic Land Speed Record breakers. The 1920 Sunbeam 350 hp made a commemorative run at Pendine Sands in 2015 on the 90th anniversary of its 150.77 mph World Land Speed Record. The distinctive 1929 Golden Arrow paved the way for two decades of unbroken British success after Major Segrave sat at the wheel to set his 231.36 mph World Land Speed Record when he returned to Daytona in March 1929. Donald Campbell broke through the elusive 400 mph barrier to set a new record in 1964 in Bluebird CN7 at Lake Eyre in Australia. All of these stunning cars are on display to fire the imagination of visitors.

Coronavirus and the Engine Building Industry
Connect with us