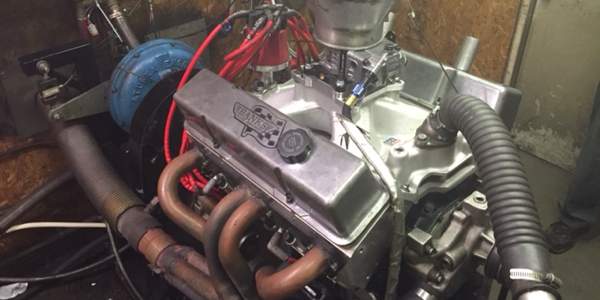 Banks Racing Engines in Stoneville, NC specializes in late-model stock race engines. The shop’s customers race in the NASCAR Whelen All-American series, which features 350 Chevy engines, and is currently changing its rules for the 2017 season. That means Billy Banks, owner of the shop, has to get his racer’s engines up to ‘code’ before the start of the season at the end of this month.

“Among the rule changes is a switch from a cast iron cylinder head to an aluminum cylinder head,” Banks says. “They’re also switching from a dual-plane intake to a single-plane intake. So I’ve been switching all the engines over.” 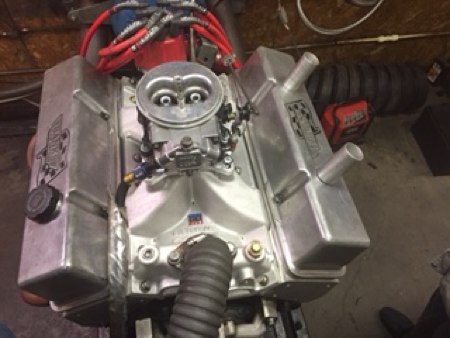 The Whelen All-American series is a lower division within NASCAR, and it follows the NASCAR rulebook. They run a 350 Chevy engine with flat top pistons, which have to have three rings and the pistons can’t stick out of the block anywhere. This year, they are switching from the flat tappet cam to a roller camshaft, and from a cast iron bow tie cylinder head to a Dart Pro 1 aluminum cylinder head and an Edelbrock Victor Jr. intake.

“We have been spending a lot of time getting the engine switched over and doing a lot of R&D on the dyno trying to find the right camshaft for it,” he says.

Aside from having to make changes due to new rules, Banks makes sure his engines are fresh for a new season too. “Internally, I use Molnar crankshafts in all of my new engines. It’s a 3.480” stroke. I use Molnar rods, which are 6.250” rod length. Diamond Custom makes all of my pistons for me. I typically run either an Engle camshaft or Isky camshaft. I’ve been working with both of those companies trying to pinpoint exactly what this new combination likes best. I use REV intake and exhaust valves. Most of the time I use Crown stainless steel rocker arms.” 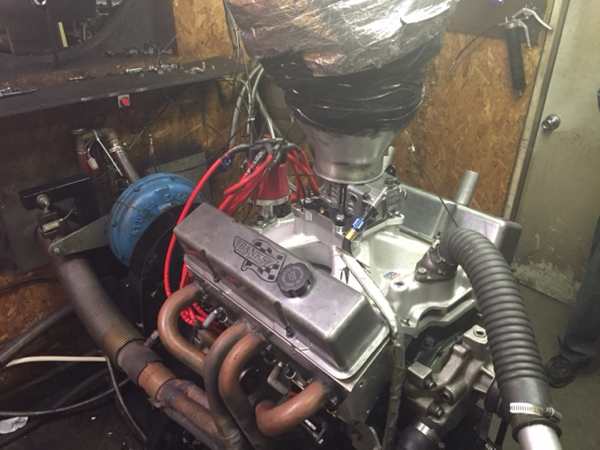 Banks Racing Engines has both an engine dyno and a chassis dyno, so the shop does a lot of testing on both systems in order to get ahead of the game before the season starts.

Most of the time, Banks says the shop can finish one engine a week with these new changes. The racing season starts at the end of March and that will be the first race on this particular engine package. Only then will we know if Banks has a winning combination, or if it’s back to the dyno for more testing.