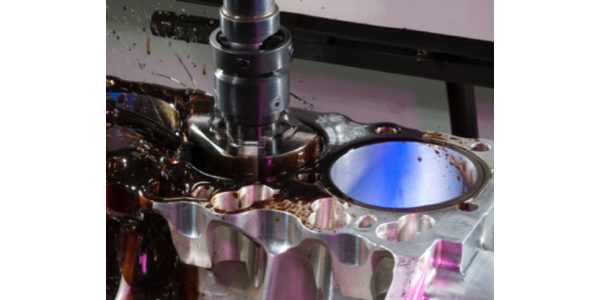 For how long is still not entirely clear. However, chlorinated honing oils are still widely used, alongside effective non-chlorinated and BioPreferred oils that meet any preference.

Predictions were rampant two years ago that some popular honing oils containing chlorinated paraffins would be off the market by mid-2016 due to the EPA’s announced intent to ban the additives. However, there is no official date for such a ban and, according to one supplier of honing oils, there may never be.

“Various chlorinated paraffins are still being manufactured, and honing oils such as our MAN-845 are still widely used at all levels of the automotive industry,” explained Scott Alcock from Sunnen Products Company. “In fact, the extreme-pressure additive in Sunnen coolants MAN-C, MAN-845 and CK-50 may never be banned because the parties debating the issue may agree to do nothing – it’s the government, after all.”

Alcock emphasizes that there was never really a need for alarm anyway. Other chlorinated additives are available, and effective non-chlorinated oils – even vegetable-based honing oils – have been available for decades. The U.S. Department of Agriculture’s BioPreferred list (www.biopreferred.gov/BioPreferred/) recognizes sustainably produced products.

“The lack of clear government action on the future of chlorinated paraffins has caused questions in the automotive marketplace,” Alcock acknowledges, but says his company has already identified effective alternatives, so regardless of the EPA’s actions, MAN-845, CK-50 and MAN-C will remain in production and as effective as ever.”

For more information on the status of chlorinated paraffins, see the EPA’s relevant news or the March 2017 update from the Chlorinated Paraffins Industry Association.