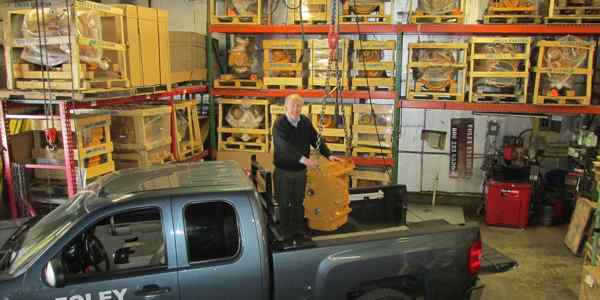 The agricultural engine market may not be sexy to most. It may not be known for high performance. It’s not full of bling, either. We could go on and on about what this market isn’t, but that wouldn’t really be fair – this market has been changing and growing recently, and it remains a strong market for engine builders. 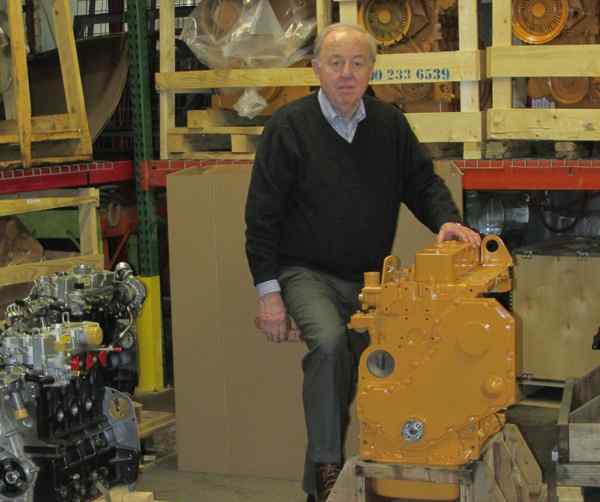 Foley Engines specializes in Perkins, John Deere, Deutz, Cummins and other Ag engines, and has been seeing growth in the market for several reasons.

“It’s a good, growing market given the growth of smaller Bobcats and 40-60 hp engines and equipment,” Foley says. “In our fathers’ time, people didn’t live in suburbia and there were no little Bobcats or small-powered equipment running around, and now it’s flourishing. We are also seeing larger more powerful engines coming through the shop. It used to be the Ag stuff was all four cylinders. Now, we’re seeing big, robust turbocharged six cylinders producing 300 hp. Farms are getting bigger. Irrigation pumps are having to pump more fluid, so we’re seeing more powerful engines – all turbocharged, all diesel.”

A lot of the growth seen in the smaller engine side of the Ag market is due to the suburbanization of America. People are working harder and want to have people work on their lawns, landscapes, etc. 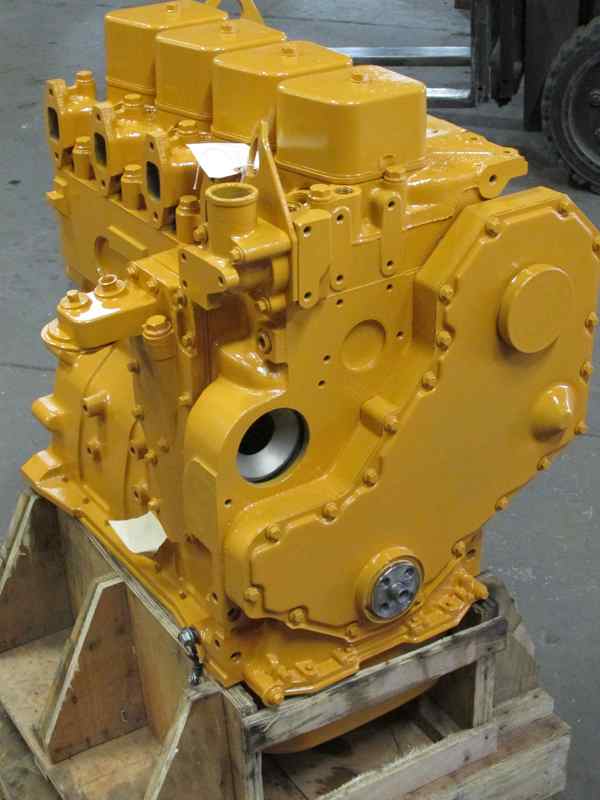 “The smaller stuff is because of the expansion of the middle class,” Foley says. “We all hire landscapers and tree chippers, etc. who have this kind of equipment with Ag engines. We see that a lot of that business is in wealthy urban states. The guy in Maine already has a chainsaw and doesn’t need someone to come work on his trees. Yet in Massachusetts or around Chicago, you have people who want that work done for them.”

For those reasons, Foley Engines is seeing business from people in forestry who are loggers or who run land-clearing operations. These guys run six-cylinder diesel engines in their tree chippers. According to Foley, you can put a whole tree in one of those things, and those kinds of equipment weren’t around 30 years ago, which is adding to growth in the market today.

On the larger engine side, Foley has been seeing growth here as well due to several factors. One reason is that new engines for Ag equipment are extremely expensive causing people to keep older engines longer and opting to rebuild. Another reason this part of the market is growing is that people are opting for larger engines than ever before. 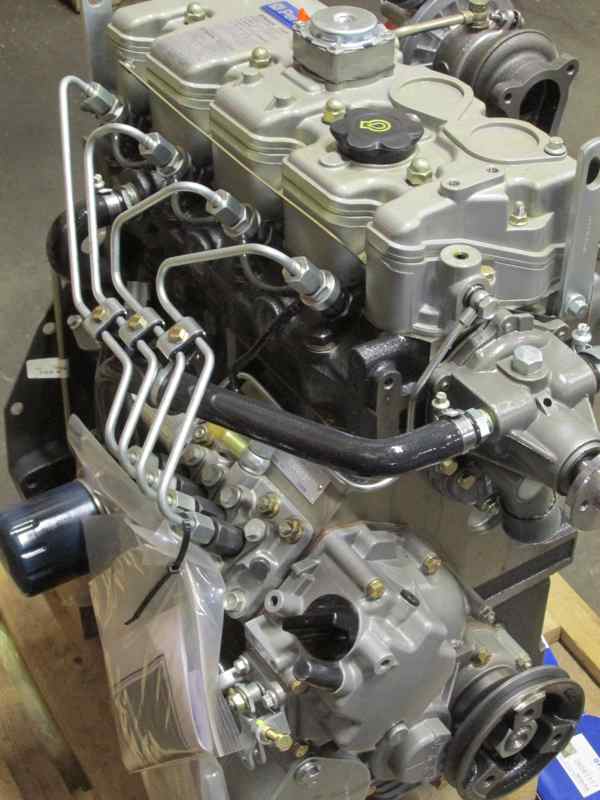 People are opting for a rebuild because new engines are too expensive, but because people are holding on to their older engines, used engine prices have also increased under the new Tier 4 emissions regulations.

“With the new Tier 4 regulation engines, a comparable four-cylinder engine is now $3,000 or $4,000 more than it would have been under Tier 3,” he says. “The price of used equipment has gone up, because they don’t want to pay the new price on Tier 4 equipment. Therefore, people are rebuilding Tier 3 engines more frequently because it makes more sense to rebuild it than pay more for the newer engine.”

At a recent Tree Care Industry show, (yes, like every industry the arborists have an association too!) Foley was told that new diesel engine chippers aren’t selling well because the price is so high. Rumor has it that manufacturers are bringing back gasoline engines due to Tier 4 diesels not selling and people keeping their Tier 3 diesel engines longer.

“Either you pay $4,000 more to get essentially the same engine you bought 5 years ago, or you get a gas engine,” Foley says. “Some of these gas engines can be a throw away engine. They are a third the price of a diesel.”

No matter what engine you opt for in your Ag equipment, Foley says he sees a lot of engine issues come through his shop caused by similar things.

“Dirt and grit is always an issue in Ag engines,” he says. “We tell customers they should always use pre-cleaners. A pre-cleaner goes high in the air in front of the air filter. It sucks in clean, dry air to send on to the air filter to minimize failures are caused by dirt and grit.”

Other issues Foley still sees, though they are less common today, are caused by overuse of starting fluid or ether.

“Most people now no longer use starting fluid or ether,” he says. “It was commonly used years ago but now people know how dangerous it is and how disastrous the result can be when using it. On occasion,though, we do see cases where someone used starting fluid and the engine blows up.”

To help minimize common engine failures, Foley Engines encourages customers to get their engines set up on an oil-sampling program.

“It’s like monitoring the oil like you would your blood for a blood test,” Foley says. “It doesn’t work well on a one-time basis, but if they use this program they get an analysis each time they change the oil and can watch for foreign matter, zinc, copper or metal in the oil and head it off. This way the owner can track his engine over time.” 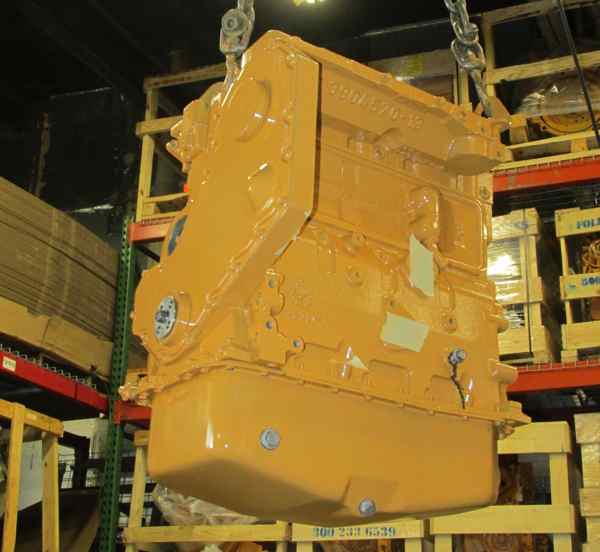 While the Ag market has been changing and growing due to increased engine programs, engine rebuilds, and more people using Ag equipment, there are still some aspects of the market that are lagging.

“It’s always hard to find skilled people,” Foley says. “It’s always hard to find people who want to work in a shop. It’s also hard to control who installs the engine. We ship each engine with a year’s supply of oil and fuel filters, a workshop manual, and a written checklist that should be followed when putting the engine in. Despite all our best efforts, though, we still see some really dumb mistakes.”

Faced with a tough job market, Foley has seen customers hiring people who aren’t skilled and are tasked with putting in a $14,000 engine.

“It’s a challenge we face because as we grow, we could say, ‘No, we’re not going to sell you an engine because you don’t have a skilled mechanic or the proper shop facilities.’ Of course, we’d lose sales. Or we could turn a blind eye to the fellow and give as much tech support as we can. It’s a quandary sometimes, but in the end the tight job market does lead to some issues. As a result, we are selling to some people who are in way over their heads.”

Despite those aspects of the market that are struggling to keep up with other areas, the overall Ag market continues to be strong. It all stems from the fact that people in agriculture using these engines need those machines every day in order to make their living. 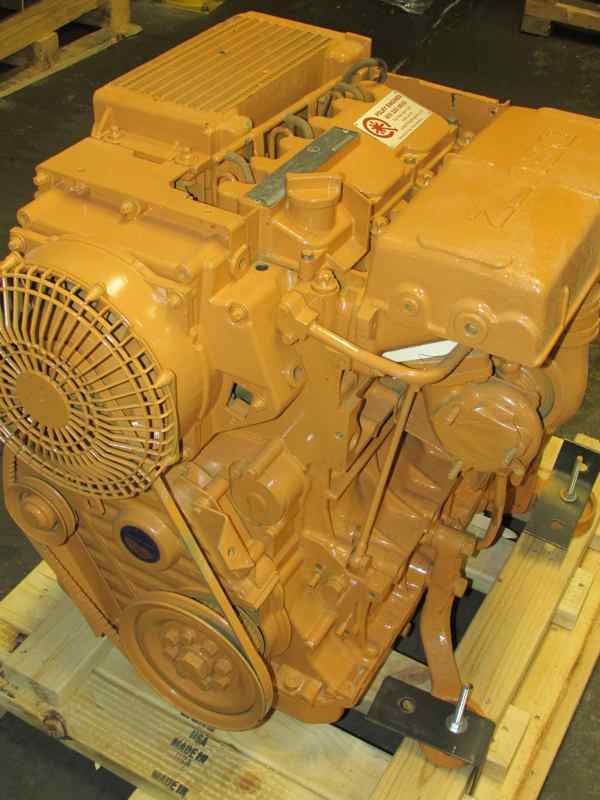 “That’s a great motivating thing,” Foley says. “It’s not a hobby. A lot of people in this industry are working on performance vehicles and resto mods for some guy who is 55 and wants his Pontiac GTO gone through. Well, that’s a seasonal business and full of ups and downs. The Ag market is a little different. We have customers who need the engine back sooner rather than later, and that’s a big attraction for what we do. Our volume has been increasing every year.”

As the years go on, these Ag engines are becoming more and more complicated and more and more electronically governed, according to Foley. It will be imperative that engine builders keep up with these changes in order to maintain business in this market.

“If a shop doesn’t keep up equipment-wise and with tech support issues, it is going to fall behind,” he says. “Shops using old equipment can’t hold the tight tolerances anymore so the work will suffer. I see that all the time, people try to do things that they can’t do with the level of equipment they have or with their access to factory information.”

Ag engine work may not be as sexy as other engine markets, but being in a strong, growing market with plenty of business makes for great opportunities for those engine builders willing to do the work right. ν

In the Agricultural Market, Engine Building is a Growing Business