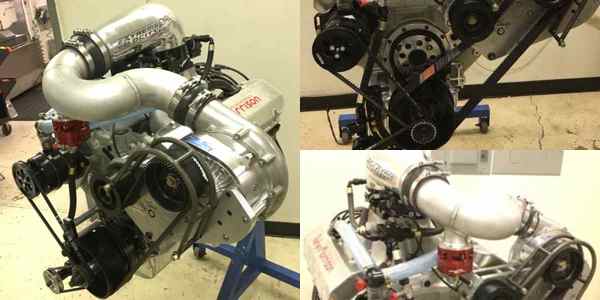 Reher-Morrison Racing Engines built this 555 ProCharger engine specifically for the Top Sportsman and Top Dragster ranks in NHRA. The engine makes a consistent 2,000hp, features a supercharger, and can be raced all-year long.

If you race in or follow along with the NHRA Top Sportsman and Top Dragster classes, you may have noticed many of the cars are running blow-through, centrifugal, supercharged engines. If you’re Darin Morgan, the manager of the cylinder head and manifold department for Reher-Morrison Racing Engines, you’ve taken note of this engine preference as well. 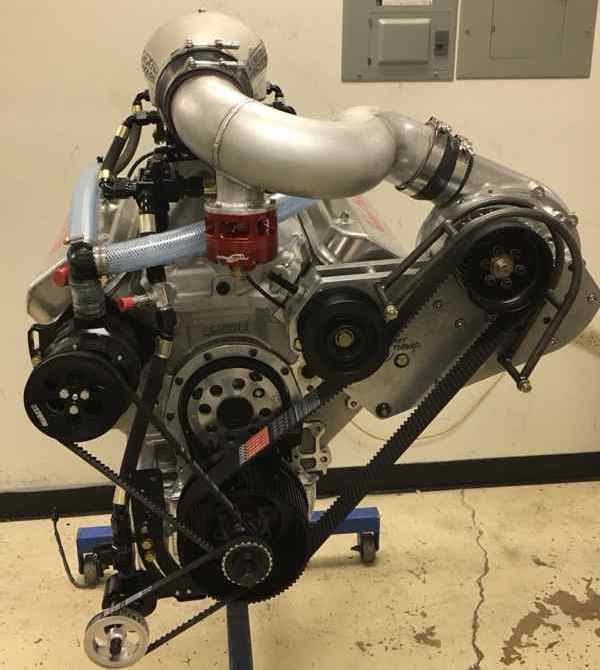 “These engines make a lot of power and they don’t hurt themselves like nitrous engines,” Morgan says. “We built this 555 ProCharger engine for the series because we saw there was a demand for it.”

Reher-Morrison, based in Arlington, TX, built this engine specifically for the Top Sportsman and Top Dragster ranks in NHRA. The engine makes a consistent 2,000hp and can be raced all-year long and then freshened up at the end of the season.

Engine development at a place like Reher-Morrison starts with ordering all the components basically raw.

“We do all the machine work here, except for billet heads,” Morgan says. “This engine is built using a Brodix aluminum block to save weight. We use a Moroso pan. The engine also gets the new Dart 20-degree Dart Reher-Morrison (DRM) heads.” 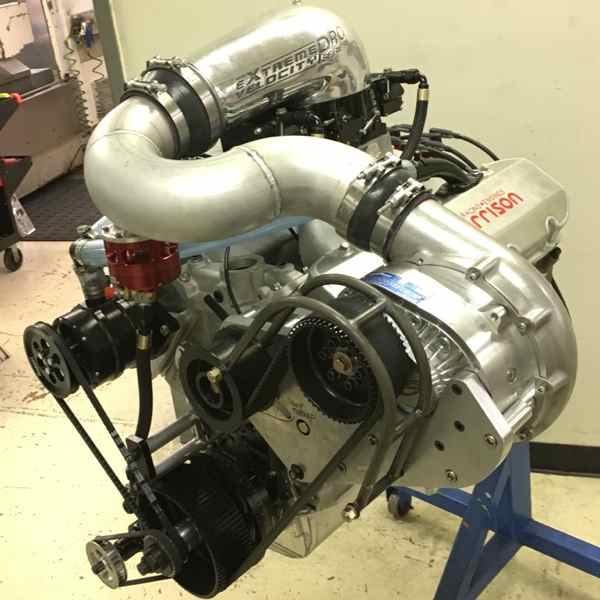 Just by looking at the 20-degree heads, you can’t tell the difference between those and standard, conventional heads. However, Morgan points out that the 20-degree heads flow 500 cfm as opposed to 440-450 cfm on a standard 23-degree head. Couple that with a blow-through carburetor and a supercharger and you have a package to be reckoned with.

Another reason Reher-Morrison keeps the power right at 2,000hp is because the aluminum block will hold 2,000hp continuously.

“If you start shoving more than that, aluminum blocks tend to move all over the place when you put a lot of heat and power through them,” he says.

Another unique part of this engine is a 55 mm camshaft. Reher-Morrison’s higher-end Super Series engines all get this special treatment.

“The stock core camshaft is just too weak,” Morgan says. “It has too much valve train flex, especially when you’re making a lot of power and you have to open that exhaust valve against a lot of cylinder pressure. The 55 mm camshaft in conjunction with lifter bore bushings and 904 lifters is so important that we don’t even build an engine here without doing that. We put bronze bushings and 904 lifters in every single engine we do whether it has a stock core cam or a 55 mm camshaft.”

The camshafts come from COMP and the lifters are Isky Red Zones. This engine also has a standard Jesel timing system and is a wet sump engine. Reher-Morrison also uses Cometic gaskets on everything it builds.

“You can use Cometics even on nitrous up to 400-500 hp or even 600 hp with no problems whatsoever,” Morgan says. “You could never do that back in the old composition gasket days. We use MLS gaskets on everything. If I could run MLS gaskets on the intake face, cylinder head to block, exhaust, etc. I would run it.” 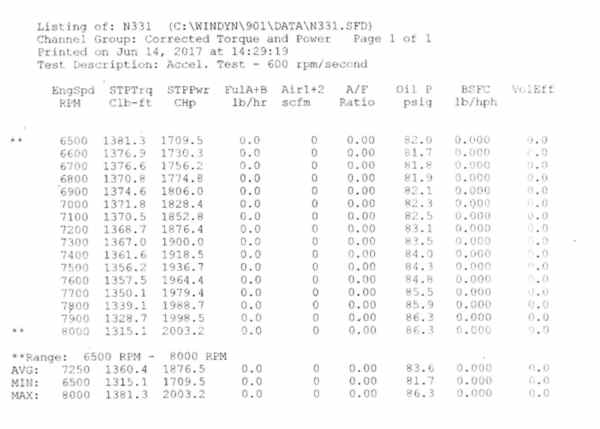 The pistons in this engine are another unique part, and come from Ross Racing Pistons, but are designed with input from Reher-Morrison itself.

“We actually design the piston dome, valve release, ring pack, etc. and send Ross the prototype piston and they make them,” he says. “Then we have a shelf part. If we have an engine being built like the 555 ProCharger that becomes a Super Series engine that we know we’re going to build a lot of, we will design a specific piston for it. We do not use off-the-shelf pistons in any of our engines. All of our pistons are designed by us and a piston company to work with a particular combination. That way when a customer has a problem, he can call us up and we have valves, pistons and everything for that engine on the shelf so he’s not waiting. Racers don’t have any time. When they’re broken down they need to get back on the racetrack fast.” 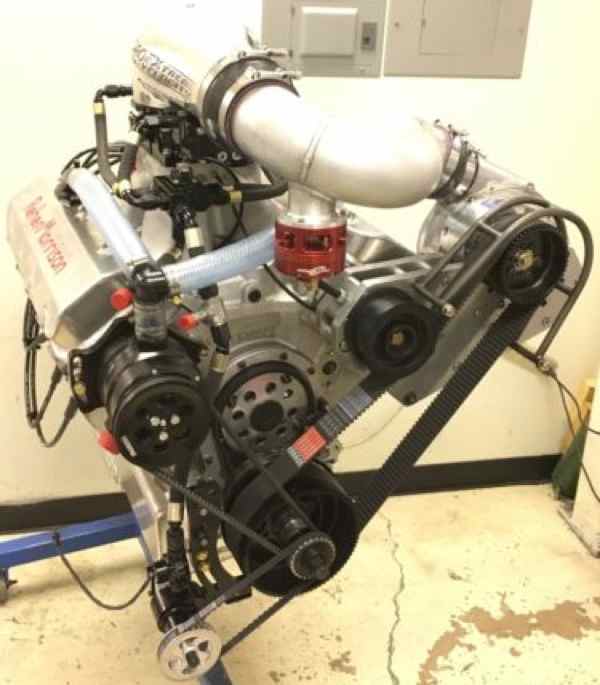 On Super Series engines like this 555 ProCharger, Morgan says they try to keep away from custom components. The custom pieces on this engine are the heads, valves and valve train.

Advertisement
In this article:Cometic Gasket, Engine of the Week, NHRA