Labor Pains: What Do You Charge to Rebuild the 6.0L Power Stroke? - Engine Builder Magazine 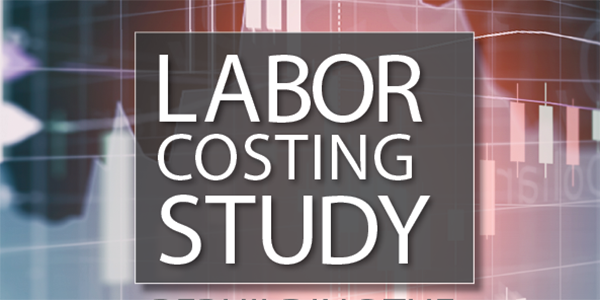 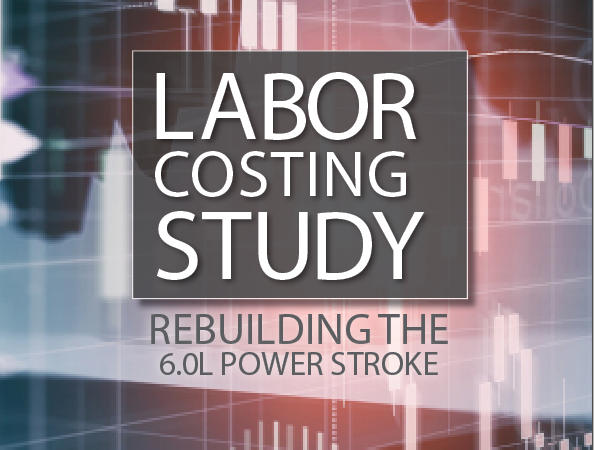 The 6.0L Power Stroke diesel was introduced as the eventual successor to the popular – but less emissions-friendly – 7.3L Power Stroke. For a year, both engines were available in Ford’s diesel pickups, but in 2004 the 7.3L was retired.

The 6.0L was intended to be more powerful, more fuel efficient and more emissions-compliant than its 7.3L big brother. Originally built by International as the VT 365, this engine made a lot of promises and convinced a lot of customers that it could complete with the Cummins or Duramax for diesel bragging rights.

As it turns out, the 6.0L Power Stroke DID make Ward’s Top 10 Best Engines list in 2003, but it never quite lived up to its billing. Though it exceeded the 7.3L in the performance arena and had other positive selling points, it was ultimately doomed due to a series of common problems.

Ford tried to address a lot of the failures of the 6.0L only four years later with the 6.4L Power Stroke. The 6.4 had a totally reconstructed EGR cooler system, bigger head bolts, different turbo configuration, different fuel system, bigger flexplate, and cooling system. These were all in response to the fact that the 6.0L had too small of head bolts, a turbo that would stick and had to be removed and cleaned, an EGR cooler that would failand injectors that would stick due to the HEUI design.

Key problems with this platform include (but aren’t limited to)

• Head gasket failures due to the TTY head bolt design and insufficient clamping pressure of the cylinder head;

• Injector pressure sensor failures (these sensors had short life spans and weren’t particularly easy to get to; and

• Failure of the fuel injection control module due to heat and vibration.

Experts acknowledge that the 6.0L engine is still very much around, despite these problems and engine builders and aftermarket manufacturers have done what they do best – they’ve figured out solutions to the problems and have helped to make the 6.0L Power Stroke a relable engine. Parts and procedures are available to turn problems into profits.

Every year, Engine Builder magazine surveys its readers to ask how much you charge for various rebuilding and machining operations for different engines. This Labor Costing Study provides a look at national and regional average labor charges for rebuilding the 6.0L Power Stroke. We cover various head, block and crankshaft service procedures as well as miscellaneous labor charges.

The individual charts begin on page 61. In addition, the detailed chart on page 60 represents the national average, median and mode labor charges for all of the procedures covered in the survey.

But before we look into what shops charge to machine and rebuild this engine now, let’s look back at the promise and the plague of the 6.0L Power Stroke.

New Kid On The ‘Block’

When International reinvented the Power Stroke, the stroke was increased and the bore decreased from that of the 7.3L. Not only was the engine smaller with 365 cubic inches, but the engine was totally revamped. Changes included a different engine gear train, cylinder heads, turbo, injectors, HPOP oiling system, more sensors and actuators, and an EGR cooler and EGR valve.

The reason for the “twisted” position was to help introduce swirl into the combustion chamber.

Remember, the combustion chamber is part of the piston bowl. The higher the port swirl is in the combustion chamber, the more efficiently diesel fuel will ignite. This also helps reduce the “knocking” sound that older diesel engines produced when the fuel was ignited. With swirl being increased, the piston bowl was changed so that it was centered in the top of the piston. The 7.3L piston bowl was offset because there were only two valves per cylinder positioned in the lower part of the cylinder head.

For the 6.0L, there are no “barrel” passages in the cylinder heads. The high-pressure oiling system is totally contained in the engine.

The problem seen in some instances with the 7.3L was the high-pressure lines coming from the HPOP would crack or break. When this happened, high-pressure oil would spray the entire engine compartment and quickly empty 15 quarts of oil from the crankcase.

The fuel passages in the head are similar to that of the 7.3L where it is delivered through a galley in the cylinder head where it feeds the lower portion of the injectors.

The injectors for the 6.0L are very different from that of the 7.3L. The 6.0L injector is still a HEUI (hydraulic electronic unit injector) design, but in a very compact way.

On the 7.3L, when the solenoid was energized, this opened a passage that allowed high-pressure oil in to act on the intensifier piston. The internals of this injector where spring loaded so after the injection cycle started and completed, the springs being compressed would return the working mechanisms inside the injector to a closed position to get ready for the next cycle. The 6.0L has two working coils per injector that operate at 48 volts each. One is to open the spool and one is to close the spool.

The spool, when energized, has to move .015” within a matter of milliseconds to allow high-pressure oil into the intensifier piston. When the “open” solenoid is energized the spool will move to allow high-pressure oil in. The PCM controls how long to hold the “open” solenoid energized and then actuates the “close” solenoid to return the spool to the closed position. By using two solenoids, the injector’s body could be made smaller.

Since the cylinder heads have four valves per cylinder, the small bodied injector could be placed in between the four valves in the center of the cylinder. The internal mechanisms of this injector are also spring loaded, which will return the internals to a closed position for the next injection cycle.

More information on rebuilding this Power Stroke engine can be found at www.enginebuildermag.com.

The charts in this study break down our responses by the four census regions in the U.S. – this gives us consistent measurement across the country. In addition, we use a weighted average to determine the national average. Your business operations may allow you to be more efficient than these charts indicate or you may find that your costs are somewhat (or even significantly) higher than others in your same area – be assured, there’s nothing inherently wrong with that. Variations should not automatically be seen as proof that your costs are either too high or too low, but will hopefully give you an incentive to look carefully at what you charge for service and why.

Additionally, our chart provides the “95% Confidence Interval (CI)” range. In real terms, if you were to ask all of the machine shops in the country what their labor rates were for each operation, it is 95% certain that the “true” average labor cost would fall within this range.

For more information about this or other studies, or to have a custom research project conducted for your company or industry, contact
Brandi Gangel at Babcox Media ([email protected]) or
(330) 670-1234