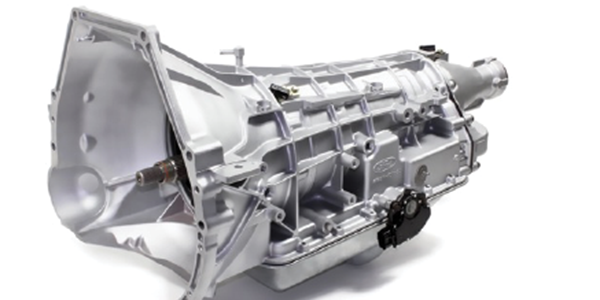 When your diesel customer comes into your shop wanting to upgrade the performance of his pickup’s engine, are you missing the opportunity to sell him an upgrade for his automatic transmission as well? It should be a fairly easy sale when you remind him of the increased horsepower and torque he will have from the engine, and in order to take full advantage, his automatic transmission will also need an upgrade.

When your diesel customer comes into your shop wanting to upgrade the performance of his pickup’s engine, are you missing the opportunity to sell him an upgrade for his automatic transmission as well? It should be a fairly easy sale when you remind him of the increased horsepower and torque he will have from the engine, and in order to take full advantage, his automatic transmission will also need an upgrade.

If you’re saying you’re an engine guy and don’t know much about what happens after the flywheel, relax. You’re not in this alone. There are numerous aftermarket suppliers of upgraded automatic transmission parts along with complete performance upgraded transmissions capable of handling up to 1,000 horsepower.

Depending on your customer’s application and the engine upgrade you can guide your customer in the right direction. Here is a basic review of the automatic transmissions that you are likely to encounter and the known performance traits. 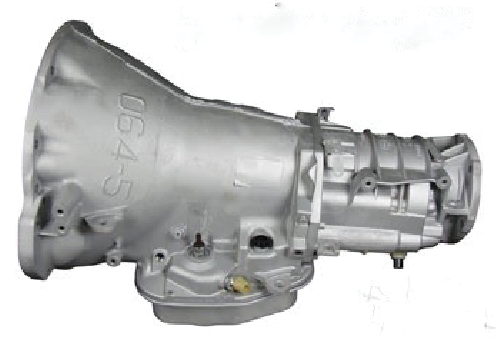 Found in first-generation diesel Dodge Ram trucks, the TorqueFlite 727 and A-518 transmissions are the predecessors of the later ’94 to ’07 Dodge transmissions, so they share a lot of the same architecture. Since TorqueFlites were found in many Mopar muscle cars and had to handle the 400 lb.-ft. of torque the 5.9L Cummins engines of the era offered, these transmissions were pretty rugged from the factory.

If the transmission is in good shape, either the 727 or A-518 can handle about 400 hp, along with about 700 lb.-ft. of torque without any major upgrades. Eventually, the non-lockup torque converters and aluminum planetary gears become weak links, but not until much more than 500 rwhp is achieved. 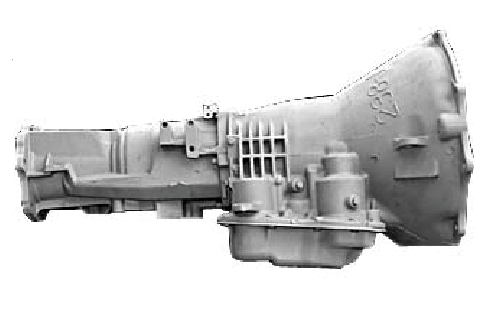 A lot of the first serious truck pullers, drag racers, and street trucks were built from ’94-to-’98 P-pump Dodge Rams, which means the four-speed 47RH and 47RE Dodge transmissions are some of the most commonly modified automatics out there. This is mainly because the clutches are prone to start slipping as power increases (unless pressure is bumped up), and the stock single-disc torque converters are not capable of supporting much horsepower beyond the factory rating.

Virtually every part inside these transmissions can be upgraded, from the planetary gears to the pumps, hubs and bands. It should be noted that early 47RH transmissions employ a hydraulic overdrive instead of an electronic OD. With no dependency on a computer for any of its controls, the 47RH is one of the more popular diesel transmissions to modify. 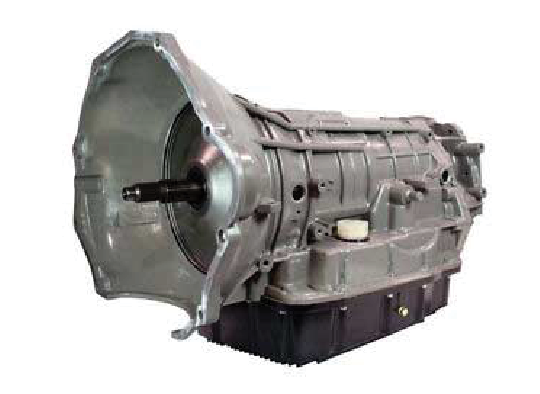 When Dodge upgraded its diesel engine choice to the 6.7L Cummins for the ’07 model year, the company also put a six-speed automatic behind it: the 68RFE. While this seemed like a good idea (added speeds), soft shifts and weaker internals had a lot of the performance crowd worried. It turns out the enthusiasts were right. The 68RFE won’t handle much more power than stock without major upgrades (in factory form, it often failed at about 150,000 miles). They’re also expensive to replace (about $5,000 for a stock transmission from Dodge), and upgraded versions can be almost cost prohibitive. 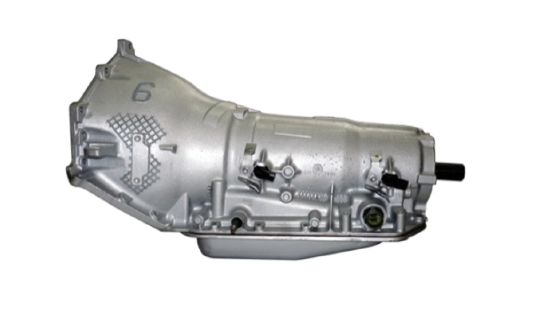 Although it’s found primarily in early 6.5L-powered GM trucks, the four-speed, lockup 4L80E automatic wasn’t designed specifically for diesels. Despite this, the 4L80E is still a very strong transmission.

The transmission benefits from a healthy aftermarket thanks to gasoline-powered pickups and can be outfitted with parts and pieces to handle more than 1,000 rwhp – even with the torque of a diesel. If your pockets are deep enough, it’s possible to build a 4L80E transmission using aftermarket parts exclusively. For those who just want something that can handle the power of a hopped-up 6.2L or 6.5L engine (about 200 to 300 hp), a stock rebuild with a shift kit and a performance torque converter is just fine.

‘06 to Current Chevrolet and GMC 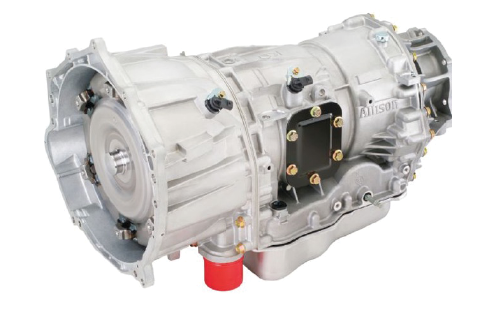 When Chevrolet introduced its Duramax diesel power plant for the ’01 model, it also backed the 6.6L engine with an Allison 1000 five-speed automatic transmission. Long known for its work in the heavy-duty diesel industry, the Allison 1000 is the heavyweight gearbox of the diesel pickup line.

Virtually everything on this unit is bigger than comparable Dodge or Ford offerings, from the shafts and clutches to the case itself.

While the Allison is bigger and heavier-duty than virtually all the other transmissions used with diesels, its catch-and-release character while shifting and deeply integrated computer controls make the transmission somewhat touchy when modifying it for performance use.

Fortunately, tuners have been tinkering with the 1000 since its inception, and all the electronic kinks have been pretty much ironed out. Still, the Allison has to shift slower and defuel more than similar units, making it a little slow for all-out drag racing efforts. But, for pulling, street driving, and towing, the Allison is a very good choice. Earlier five-speed Allisons (found in ’01 to ’05 models) can usually handle a good 400 to 450 rwhp with just careful TCM tuning, and later six-speed models can take even more. If the Allison 1000 senses slippage, it can go into “limp mode,” which is a single gear at full line pressure.

While this can happen with other transmissions, it is most common in the Allison, usually when standing on it in the higher gears. One thing we have to be clear about is that “limp mode” isn’t a problem; it’s just the computer saying it’s time for an upgrade.

Unless it’s an extreme application, drums, shafts and other hard parts don’t need to be replaced in Allison’s, as these parts are very strong from the factory. For a normal street driver – even one approaching 1,000HP – a good triple-disc converter, valve body modifications and improved clutches are usually all that is needed to handle big power. 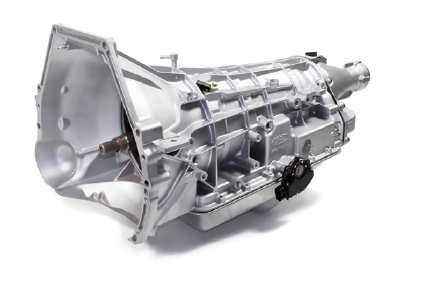 With the introduction of the 6.0L Power Stroke engine for 2003, Ford stepped up its transmission game with the 4R100 automatic. This unit would start the trend of extremely reliable and strong transmissions from Ford, which continues to this day. If the 4R100 has a weakness, it’s in the input/output/intermediate shafts, much like the Dodge 47/48 units. The smaller shafts must all be upgraded to support big horsepower. If you’re only going for mild street performance, only the torque converter, input shaft, and the valve body needs to be modified. 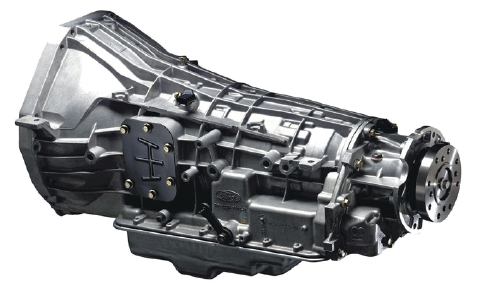 As one of the toughest transmissions in the Ford lineup, completely stock 5R110 automatics (with tuning) can handle more than 800 hp at the wheels. Similar to other units, these transmissions benefit from upgraded shafts and torque converters for racing use, but 5R110s can also handle an absurd amount of power in stock form. Eventually, though, the clutches will start to prematurely wear and then slip at high power levels. While this can take a number of years, a revised clutch count, converter, and other modifications are needed if a 5R110 is expected to stay together under the rigors of racing, or for a long period of time. Keep in mind, also, that if you’re looking at a 300,000-mile 5R110, it might need a rebuild because it’s just plain worn out. 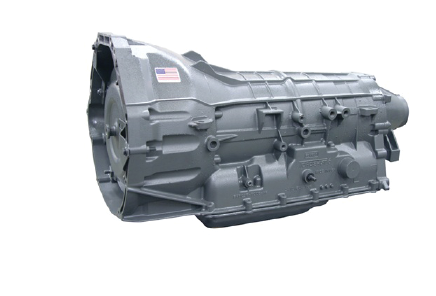 Ford’s 6R140 is one beast of a transmission, and a worthy successor to the 5R110. There are a number of 6R140s out there handling 500 to 600 hp with just electronic tuning, and the aftermarket parts already exist to build a 6R140 capable of supporting more than 1,000 hp.

Engine Builder magazine is interested in knowing more about and celebrating and showcasing your efforts and successes in the transmission business. Some of the aftermarket companies that offer performance upgrades to diesel automatic transmissions and can help you meet your goals are listed at the end of this article.