PC-11 had its beginnings at least a decade ago due to the EPA and government regulators pushing for higher heavy-duty truck fuel economy standards. The American Engine Manufacturers Association (EMA) wrote a letter to the American Petroleum Institute (API) and the American Society for Testing of Materials (ASTM) asking for their help in developing new, more fuel efficient diesel engine oils. Everyone agreed that new heavy-duty engine oil specifications would be needed to improve fuel economy significantly. Engine manufacturers, chemical companies, and oil marketers then began the process of identifying new engine and lab tests to define the performance levels needed to create these oils. Considerable R & D has occurred since that letter. 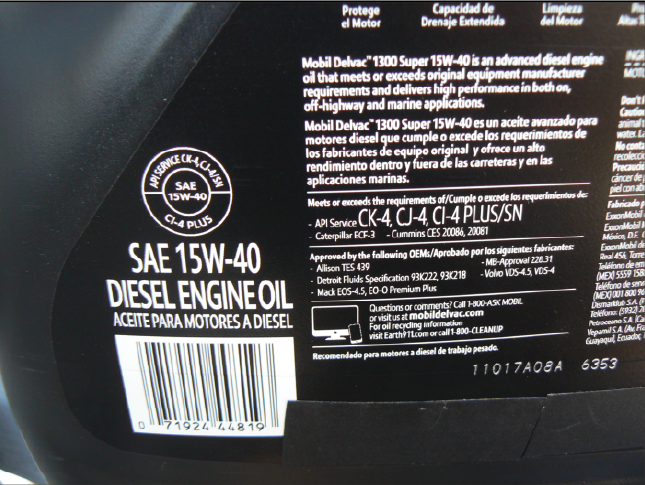 PC-11 had its beginnings at least a decade ago due to the EPA and government regulators pushing for higher heavy-duty truck fuel economy standards. The American Engine Manufacturers Association (EMA) wrote a letter to the American Petroleum Institute (API) and the American Society for Testing of Materials (ASTM) asking for their help in developing new, more fuel efficient diesel engine oils. Everyone agreed that new heavy-duty engine oil specifications would be needed to improve fuel economy significantly. Engine manufacturers, chemical companies, and oil marketers then began the process of identifying new engine and lab tests to define the performance levels needed to create these oils. Considerable R & D has occurred since that letter.

Racers taught the industry long ago that lower viscosity oils could improve horsepower due to less friction and lower engine oil pumping requirements. It soon became obvious that vastly improved shear stability would be required if lower viscosity oils were to have adequate oil film strength to protect diesel engine components, which operated for much longer periods of time. Five years of lab testing and oil development resulted in the CK-4/FA-4 lube specs, which were introduced in December 2016.

To date, over 400 CK-4 and 60 FA-4 heavy-duty diesel engine oils have been approved for license.

The performance specifications for diesel and passenger car engine oils have been diverging for some time now.  API SN passenger car oils can contain no more than 0.08% wt. zinc dithiophosphate (ZDP) additives, and, if the oil is labelled “Resource Conserving”, it can contain no more than 0.06% wt. ZDP.  Remember, ZDP is the oil industry’s most effective extreme pressure (EP) agent and oxidation inhibitor.

Passenger car engines are expected to operate for 100,000 miles without problems.  Diesels, on the other hand, generally live for 4-10 times as long and work harder. I think ZDP levels should be between 0.08 and 1.0% wt. ZDP to adequately protect these engines, particularly as oil viscosity is reduced. If you’re running diesel engines, I would recommend that you purchase diesel only oils, not universal oils labeled API CK-4/SN to maximize ZDP content.  Never use oils labelled “for gasoline engines only.” 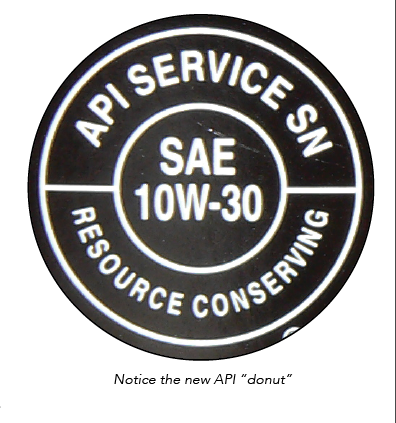 Several diesel engine manufacturers are not completely satisfied with these new specifications. But, we must remember that this dissatisfaction could be a commercial maneuver, rather than a technical matter. I still vividly remember a commercial decision made by an engine OEM vice president and an oil marketer vice president at a Surfer’s Paradise Indy car race in Australia several years ago. These geniuses agreed to jointly market a “premium” diesel engine oil under both companies’ brand names without any technical input.

When the technical people got together to “make it happen”, they quickly realized that neither the engine OEM and the oil marketer had no idea how to make such a premium oil. The oil marketer wasn’t even known as a strong diesel “player” in the marketplace. A joint meeting with Lubrizol’s chemists was quickly scheduled. They decided what this oil should do, and Lubrizol decided what the chemical formulation should look like. A very successful joint product was the result.

Since the CK-4/FA-4 specs were finalized, we’ve heard several OEMs voice their opinions about the new oils. A summary of their current positions appears below.

Detroit Diesel has issued a DFS 93K222 specification, which CK-4 oils must meet and a DFS 9K223 specification for API FA-4 oils to meet. They are using an FA-4 oil for factory fill on its DD13, DD15, and DD16 engines.  They are also introducing an Efficient Long Haul specification for extended oil change intervals.

Ford is recommending the use of its new Motorcraft diesel engine oil for its Super Duty trucks. They are warning commercial customers to avoid using most new CK-4/FA-4 oils due to concerns about high-mileage wear rates.

Ford is telling fleets not to use CK-4/SN oils unless they have proven to meet the Ford WSS-M2C171-F1 specifications. Apparently this specification will approve only SAE XW-40 grade oils, not XW-30 grade oils. This suggests to me that Ford’s 6.7L diesel may be having some high-temperature wear problems. Fiat Chrysler encountered a similar problem with its Eco Diesel engine last year. They eventually banned the use of 5W-30 European diesel oils and required the use of 10W-X or 5W-40 and thicker oils in its service bulletin. The European oil spec calls for low levels of ZDP.

International is promoting a 70,000 mile oil drain interval with its A26 MAN-based engine family. This is no surprise, because Europeans have recommended longer oil change intervals for years. To date, they haven’t taken a position on the new oils.

Kenworth recently announced a 60,000 mile oil change interval for its fleet vehicles. This is accomplished by utilizing a larger oil sump combined with a centrifugal oil filter. The added volume is sufficient to extend drain intervals. Again, they have not mentioned the new oils.

Mack has also introduced the concept of extended oil change intervals only when using its proprietary Mack EOS-4.5 engine oil. Mack claims the new EOS-4.5 oil is a proprietary formulation, which is better than CK-4 spec oils. This oil is backwards compatible with all engines using API CJ-4 and CK-4 oils.

Volvo has been silent thus far, but I expect it will use the same approach as Mack since the two are essentially the same company.

In Europe, two factors support OEM branded diesel oils. First, there are few aftermarket maintenance shops, so truckers are forced to use dealerships to perform maintenance. Second, there are few large fleets in Europe, so diesel OEMs can use the warranty lever (even though it’s not legal in the U. S.) to encourage the use of their more expensive proprietary oils.

The situation is different in this country.  As one large fleet executive once told me, “I do what I please.” Their purchasing power overrules all warranty considerations. However, if you are building for a smaller operation, it might be smarter just to recommend they “go with the flow” until the warranty period is over. Size does matter!

Regulations and Research: How PC-11 Became a CK-4/FA-4 Reality