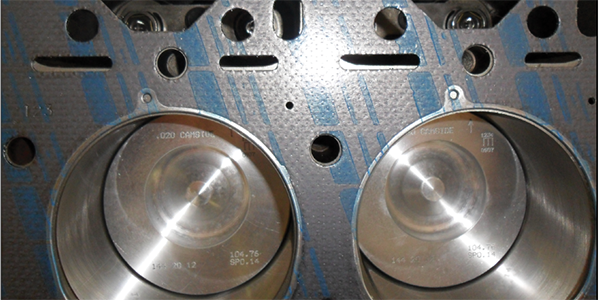 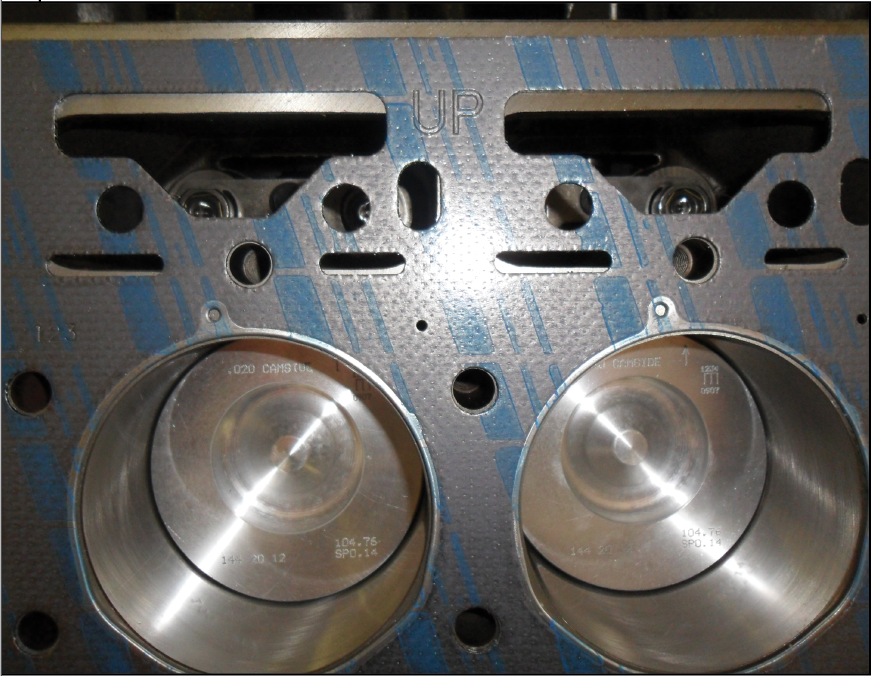 Over the past several years, cylinder head lift has become an issue due to the cylinder head bolts being used by the OEM These head bolts are commonly referred to as TTY (Torque-to-Yield), installed and torqued to a value that will cause the bolt to stretch. This amount of stretch offers the maximum clamping force for its specific size but, after a period of time ,the bolt will continue to fatigue and stretch beyond its clamping limit. The cylinder head begins to lift causing the deck surface to scuff, which inhibits sealing and eventually leads to gasket failure.

The head gasket isn’t just a simple piece that cushions the distance between the head and the block. The modern day diesel engine demands a great deal from all of its components, even moreso than high performance gas engines – and the head gasket is no exception. The head gasket must seal combustion pressures in excess of 2,700 psi compared to 1,000 psi for a gasoline engine. Combustion temperatures can also reach as high as 2,500 degrees F.

In addition, the head gasket must also seal hot oil and antifreeze passages between the block and head. The use of modern-day antifreeze solutions along with high-detergent oils requires the right gasket material for the application. Some head gaskets also incorporate metered passages for coolant and oil so an effective seal will ensure proper circulation.

Some diesel engines incorporate the use of aluminum cylinder heads. Of course, this will also play a role during choosing the proper gasket because the use of different alloys (cast iron blocks with aluminum heads) will cause different expansion rates. In addition, since the head bolts are not evenly spaced across the cylinder head, clamping forces can be unevenly distributed across the surface. Uneven clamping forces along the cylinder head can reach as high as 200,000 psi, but the gasket must be able to resist being crushed. 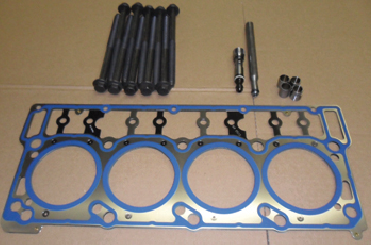 Since the head gasket serves so many functions and has so much asked of it many changes have been incorporated to support newer engine designs. Looking back, head gaskets used to be an embossed steel shim. These were cheap to produce and used widely by many manufacturers. The steel shim gasket did a great job in sealing and retained torque well, but there were a few drawbacks to using the steel shim gasket.  In order to use the steel shim gasket, a sealer such as a spray copper coat had to be applied in order to effectively seal all the passages. Over a period of time coolant flow would eventually erode the steel, which led to head gasket failure. When the engine was torn down for repairs the steel shim gasket could not be used again as a replacement unless the block and cylinder heads were machined. Surface imperfections due to engine wear would inhibit proper sealing and cause failure again.

More modern head gasket designs used the solid steel core or a clinched steel core design. These two gasket designs had either a graphite or reinforced rubber facing. Both facing materials were pliable enough to conform to the cylinder head and block surfaces so minor imperfections would not be a factor in sealing. The graphite-faced gaskets were always easily identified because when they were removed, some of the graphite facing would stick to the block and cylinder head. When the residue was scraped from the block and heads, you could see the slick graphite facing material that was left behind. If the facing was rubber, the head gasket removal was nice and clean leaving no residue. Both types of these gaskets are still used today as long as the cylinder block and head are made of the same cast iron alloy. These two types of gaskets do not work well if the block is cast iron and the cylinder head is aluminum.

Newer engine designs incorporate head gaskets known as MLS (Multi-Layer Steel). This gasket often appears similar to a steel shim gasket but has a lot of development behind it. Even though the head gasket incorporates a lot of technology, in simple terms the MLS head gasket is composed of thin layers of steel shim. Each layer is bonded with a high tech rubber coating that seals all passages inbetween the steel shims. It can seal with minor surface imperfections, has great torque retention, and can be used when there are different alloys such as aluminum heads on a cast iron block.

Even though the gasket is composed of steel, it will not cause brinelling. Sometimes, depending on the hardness of an aluminum head, a steel shim head gasket can leave an indention around the combustion chamber over time. The MLS gasket will not brinell the cylinder head because of its pre-flattened design. 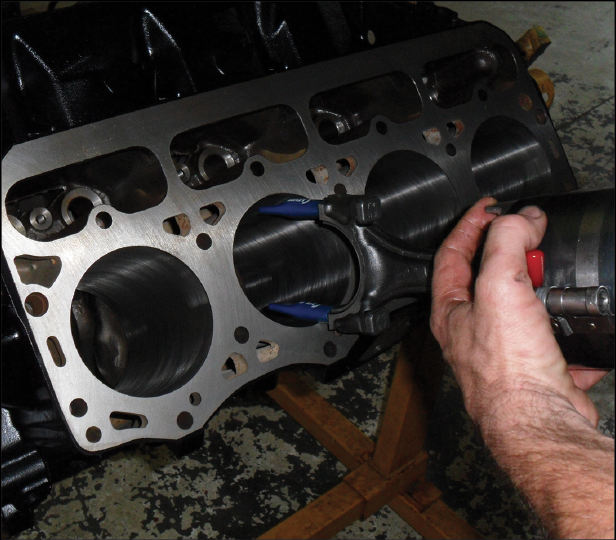 The MLS head gasket is far superior to previous head gasket designs. But keep in mind that the head gasket is often only as good as what it is manufactured for. I say this because of the 6.0L Ford Power Stroke. Even though this engine incorporated the use of MLS head gaskets, the engine was plagued with head gasket failure. The reason was not the head gasket but the engine design. Issues such as cylinder head bolt placement (only four per cylinder) and the use of TTY bolts, caused failures to be common. It was not rare for the head gaskets to require replacement, and in a short period of time, fail again. Aftermarket gasket manufacturers spent many hours in development on this engine trying different combinations of steel shim and coatings until finally making a gasket that would endure this engine’s design flaws.

In addition to the end product, the integrity of the head gasket is only as good as the workmanship of the installer. Many factors need to be addressed prior to assembly in order for the head gasket to properly seal.

Surfaces Must be Clean

On iron components use a scraper or wire brush to remove foreign material from the sealing surface. Be careful on aluminum as the surface can be easily damaged. Also, take caution when using conditioning discs as they may be too aggressive and cause surface damage. Try to clean with a good degreaser or solvent to ensure removal of debris. Any debris left behind may hinder sealing and may damage the surface of the block or head if not removed. 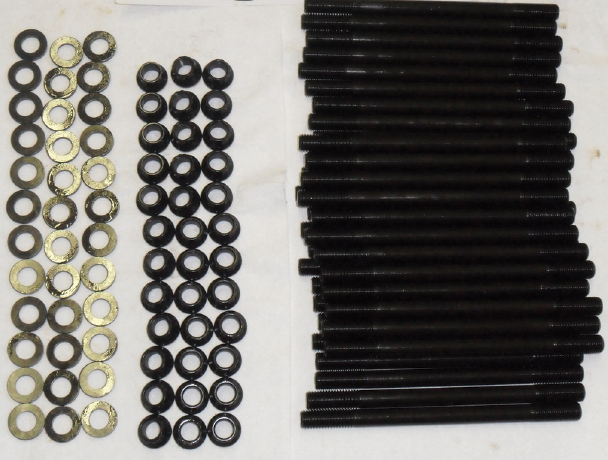 Check The Threads Clean all bolts thoroughly with a wire brush and check for any damaged threads. If you’re removing TTY bolts they will need to be replaced because they are a one-time-use part. Make sure all the bolt holes in the block are clean and not damaged. A thread chaser works great for cleaning threads but be sure that there is no debris left after cleaning blind holes in the block. Dirty threads on bolts and in holes can reduce clamping force by 50%. 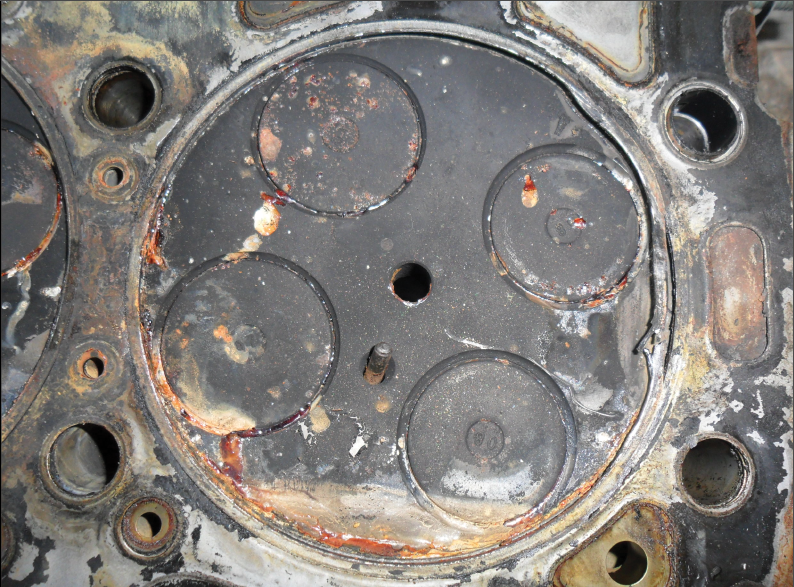 Always follow the correct torque sequence and specification to ensure proper clamping and seal. Torque is usually measured in foot-pounds and if using TTY bolts make sure to pre-torque in foot pounds to the desired setting and turn the bolt the additional turning degrees to achieve proper stretch. Make sure all bolts or studs have the proper lube recommended by the manufacturer to achieve proper clamping. Some manufacturers recommend a moly paste or the use of engine oil on the threads which will alter torque settings. If the bolts being installed go into water passages use a non-hardening sealer such as liquid Teflon to seal the threads of the bolts against seepage. Follow the correct tightening sequence recommended by the manufacturer for proper clamp distribution.

When installing or changing a head gasket there are two important things to remember. Always use a high quality manufactured product. There are several manufacturers to choose from that offer superior sealing. And, make sure to install what the manufacturer suggests. Gaskets were designed for the engine manufacturer and the application for which the engine was going to be used. Their design and material will be correct for what the engine needs for longevity.

Sealing Combustion Pressure: The Many Functions of Diesel Gaskets 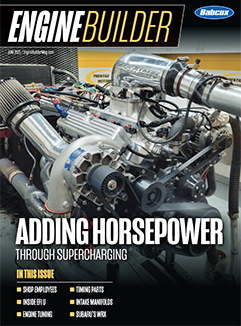 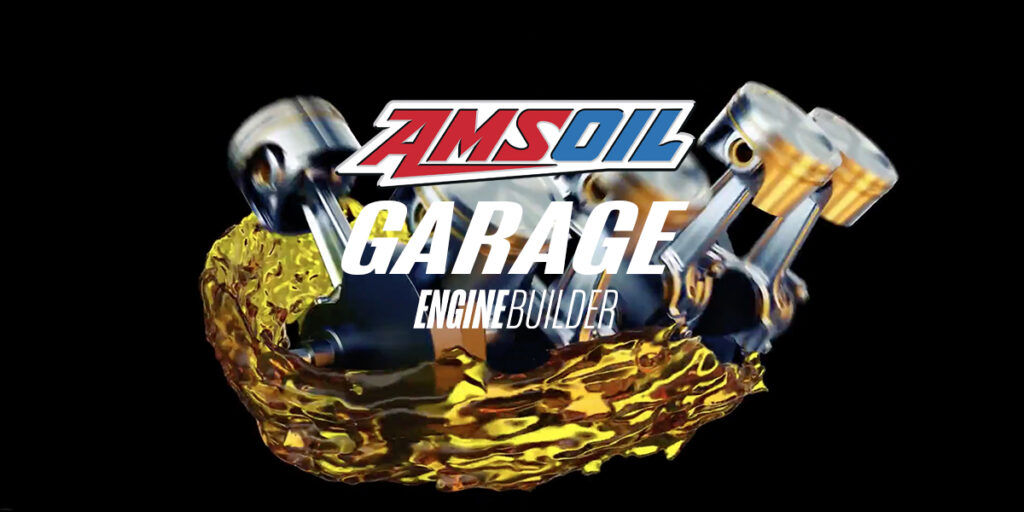