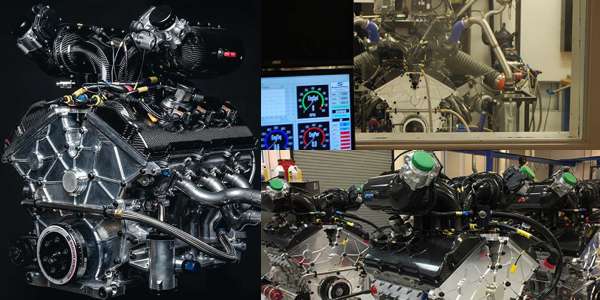 Doug Yates and Roush Yates Engines had seven months to produce this twin-turbo Ford EcoBoost V6 to power the Ford GT fleet that will defend the 24 Hours of Le Mans title.

Knowing that the 2017 race engines for the 24 Hours of Le Mans would need to be ready for shipment in less than seven months, the pressure was on for Doug Yates and his team at Roush Yates Engines to produce a top-performing engine that would eventually go in the Ford GT. 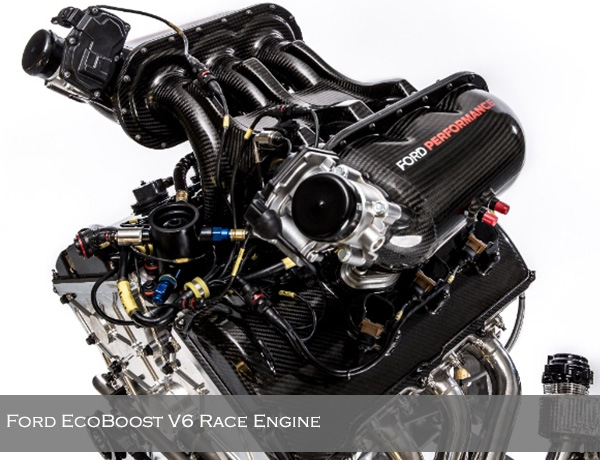 That engine is the twin-turbo Ford EcoBoost V6, which will power the Ford GT fleet to defend the 24 Hours of Le Mans title, just as Ford did in 1966 and 1967.

“We have approached this program like we do every program, in close partnership with Ford Performance,” said Doug Yates, president and CEO of Roush Yates Engines. “The entire Roush Yates Engines team is honored to be Ford’s partner in this legendary road racing program.” 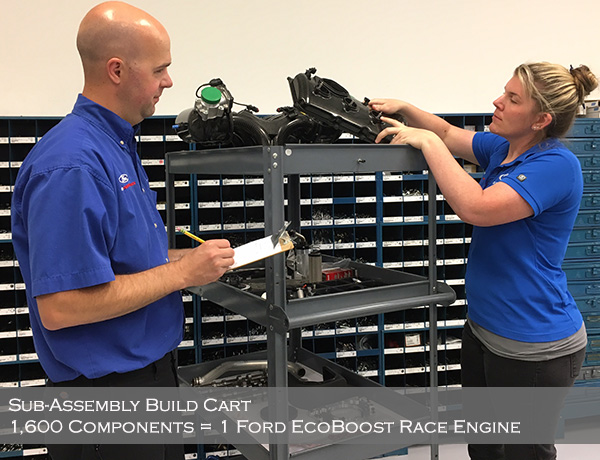 The Team, led by Ford Performance, Roush Yates Engines, Ford Chip Ganassi Racing and Multimatic Motorsports had to make quick work of evaluating needs and logistics during this time period.

These seven months were critical to the 2017 preparation. There was a constant flow of information between the four partners to ensure that everyone had the latest information to act on. It was crucial that the team members stayed on the same page, which was sometimes challenging with partners and suppliers from around the world collaborating on the project. 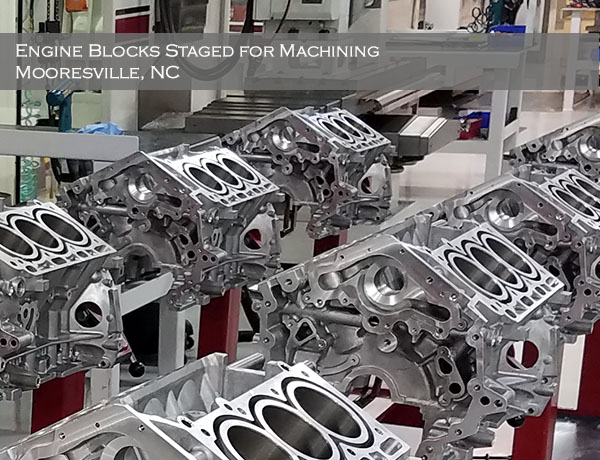 “Having the 2016 Le Mans race data from four cars has allowed us to improve our correlation between simulation and the track in order to add another level of refinement to our simulation models,” says Wade Riesterer, technical manager of Road Racing at Roush Yates Engines. 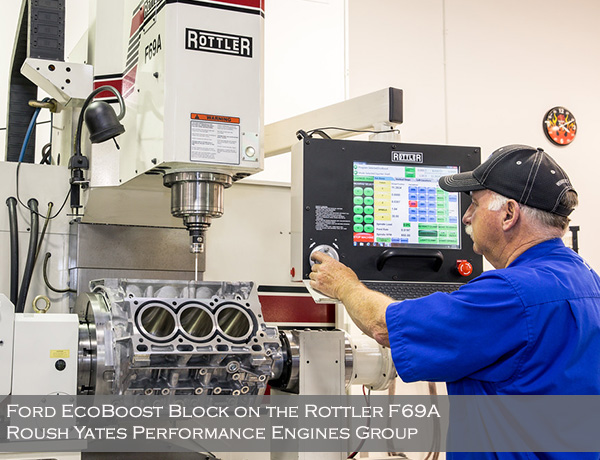 At the beginning of the build process each engine is assigned an unique engine number, which is assigned to a specific build cart prior to assembly. Each build cart contains all the individual parts and sub-assemblies necessary to build an engine. The bill of materials contains over 1,600 components to produce one twin-turbo Ford EcoBoost V6 race engine. 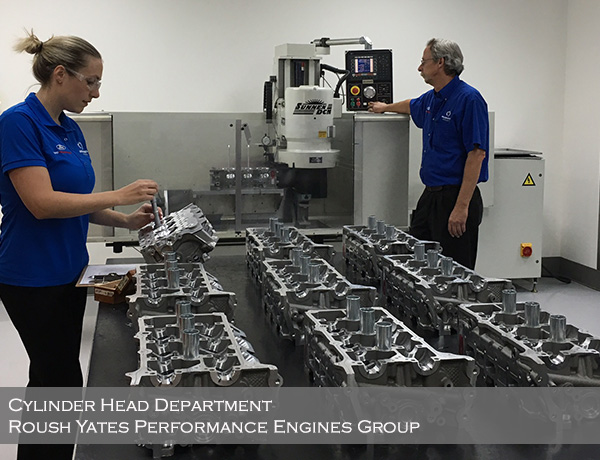 The cylinder heads are lightly modified with Rottler CNC machining on the combustion chambers and ports. High-temperature seats and exhaust guides are also installed. These are very precise and delicate operations that are performed by the cylinder head department.

In combination with the Ford OEM parts, specialized fixtures and components such as the EcoBoost front cover are created, machined and processed in the Roush Yates Manufacturing Solutions CNC machining facility in Mooresville, NC. A variety of custom cutting and clamping tools are utilized at this facility to ensure premium quality parts. 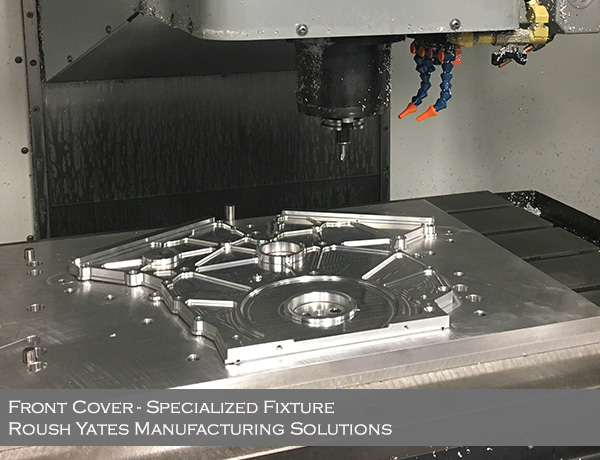 In addition to these parts, Roush Yates relies on a number of partners and suppliers to complete these engines. Besides the die-cast aluminum with ‘cast-over’ iron liners block and aluminum, four valves per cylinder heads, Ford also supplies the twin-turbo induction system, throttle, water pump, and valve springs. ARP is used for the fasteners. Bosch is used for the fuel injectors, fuel pump oil, and spark plugs. Clevite bearings are used. Comp Cams supplies the dual overhead, chain-driven camshaft. Dailey provides the oil pan and pump. The engine’s valves are from Ferrea. Honeywell is responsible for the turbochargers. Pankl is used for the steel crankshaft, titanium connecting rods, aluminum pistons, and pins, and Total Seal delivers the piston rings. 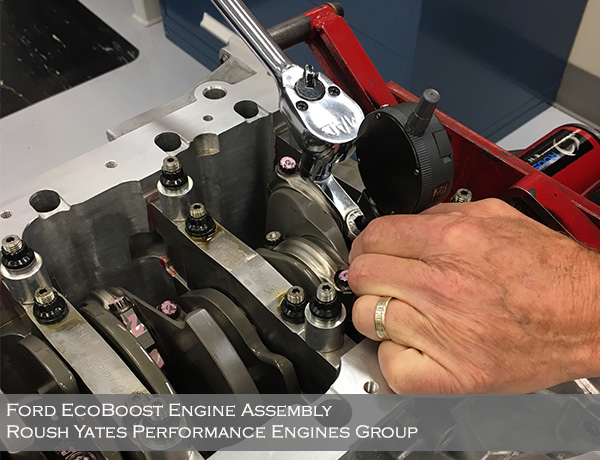 The components are then meticulously assembled and quality checked to verify that they meet all drawing tolerance requirements. Because of the packaging restrictions within the engine compartment of the Ford GT racecar and the complexity of the adjoining components, it is critical that the engine meets the tightest of tolerances. As part of quality control, all critical functional components used in the build of an engine have 100% traceability throughout the manufacturing and build process. 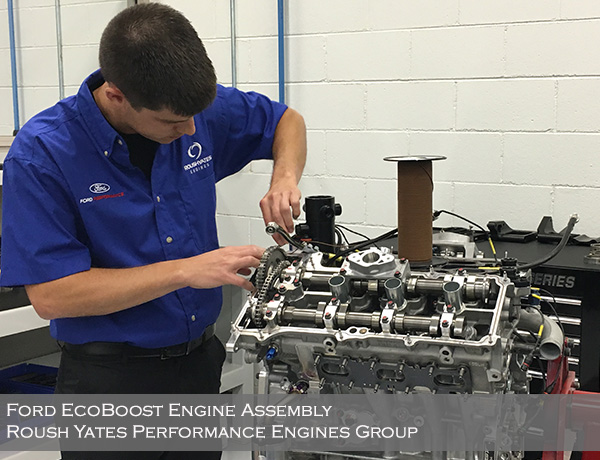 In addition, the FIA rule book requires a significant number of the engine components to be homologated. The homologation process includes submitting material specifications, weights and dimensions of these components, along with photo documentation to the FIA.

Durability and reliability are vital in a 24-hour endurance race. That is why every engine completed at Roush Yates Engines goes to the dyno facility for final inspection and validation. Each engine is run through a protocol of tests before it is approved and signed off for shipping. 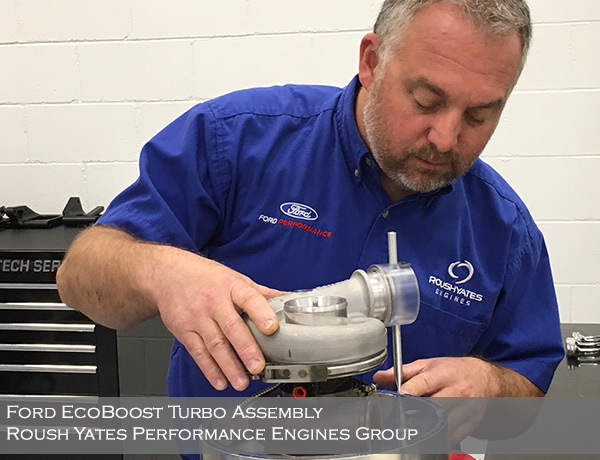 A key piece of this high-tech power plant are Roush’s Calibration Engineers. They work dynamically with the Ford Chip Ganassi Racing UK and US teams to review millions of lines of telemetry from track and test events in order to refine and adjust engine mapping and traction control calibrations in parallel with driver feedback. All this is done in order to dial in the ultimate performance package for each individual car and driver. 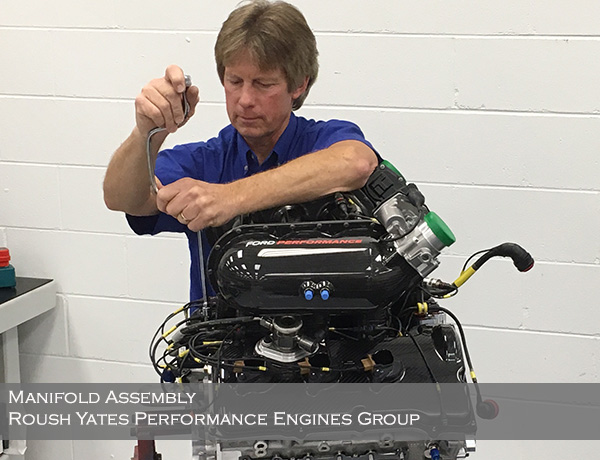 Endurance road racing is unique in the fact that for the 24 Hours of Le Mans race, each car will have three different drivers during the course of a race, each running various stints of the race. This adds an additional layer of complexity to the calibration formula.

In May, the engines went through final checks before being shipped to Le Mans, France. The next time the engines will be seen is when they are powering the Ford GT racecars in the 24 Hours of Le Mans. 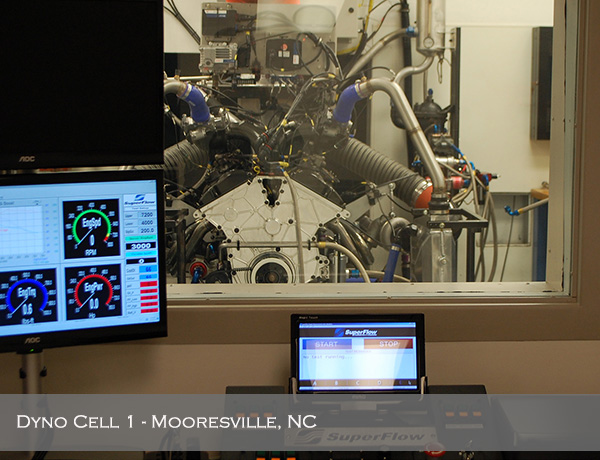 The engines will arrive along with the Roush Yates Engines Calibration Engineers, Ford Chip Ganassi Racing and Multimatic Motorsports team for the Le Mans scrutineering and test event. Best of luck to the Ford GTs looking to repeat the 2016 Le Mans victory at the 85th running of the race this June 17-18. 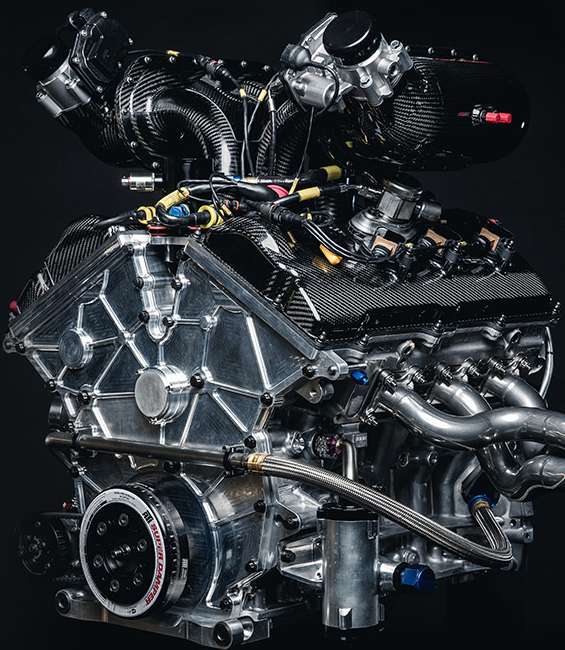