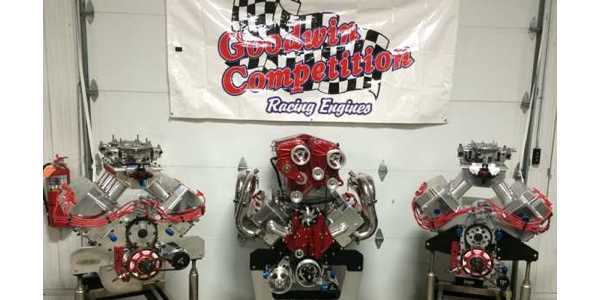 In a small, two-stall garage 32 years ago, Goodwin Competition, Inc. was started by owner Todd Goodwin.

The shop is very diverse according to Goodwin who says they work on dirt, late-model, sprint car, offshore marine, drag racing, and circle track engines. This diversity ultimately led Goodwin to design his own engine suitable for many of these applications. 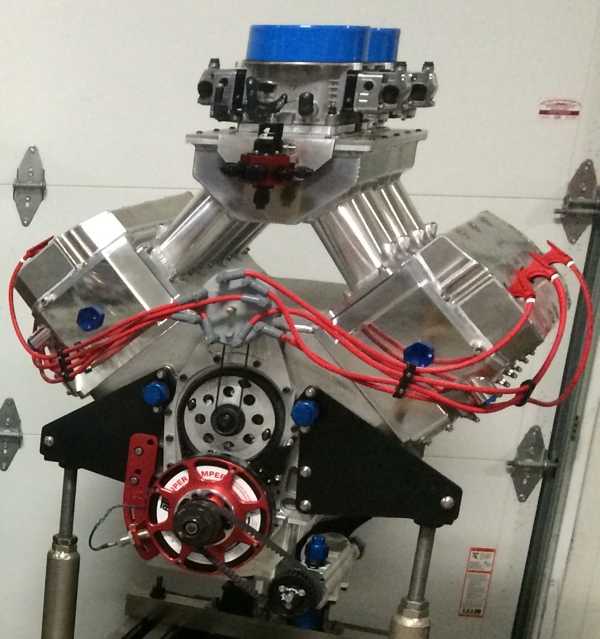 Goodwin did all of the R&D work on it, and since the shop has its own Spintron he was able to run dynamic tests, which made it a more exciting project.

Boasting a custom 70mm Howard’s or COMP cam with 10 roller cam bearings in an enclosed cam tunnel and 1.062″ diameter keyway lifters and a best in the industry valvetrain, it’s no wonder this engine earns high praise from those who race with it. 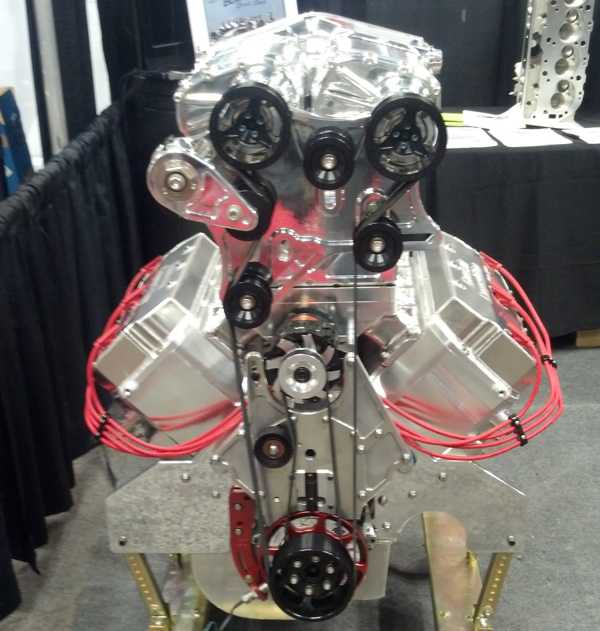 Goodwin’s desire to do his own thing has followed him since his high school days. 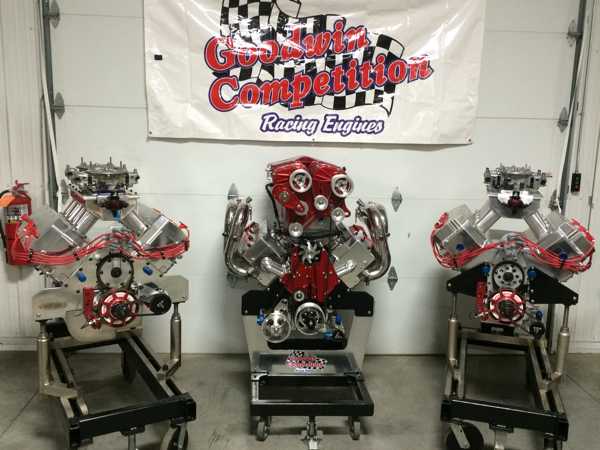 “When I was in high school, I was always trying to make everything faster,” he says. “Everything I found I would try to take apart and make it better.”

The shop machined all the aluminum parts for the Semi Hemi themselves, except for the steel billet crankshaft, which Goodwin said he gets from either Bryant Custom Crankshafts or from Callies Performance Products.

Goodwin says this engine has quickly become one of his favorite ones to build because of his own design.

The engine is pretty diverse in itself and with a few modifications it can be used for applications like drag racing, truck pulling and even Offshore Power boats with V hulls and Catamarans (Skater’s). Horsepower on the 650 cubic inch truck pulling engine runs right around 1,625 – 1645 with 1,100 ft.-lbs. of torque. 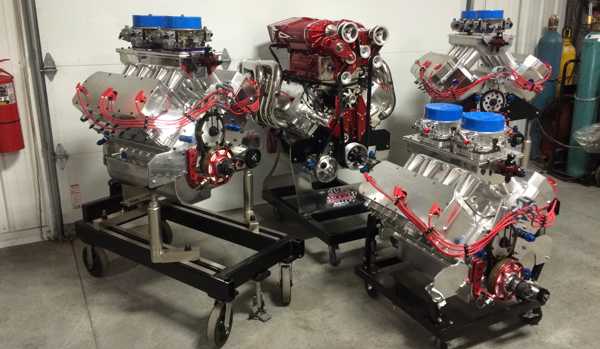 “In offshore marine engines, we put two superchargers on them and that’s been a pretty big hit,” says Goodwin. “You put two of these in a boat and they’ll go well over 200 mph. So people use them because it’s the highest horsepower pump gas engine anywhere right now in existence.”

Goodwin says he’s constantly refining the engine and after each race when his customers come back he’ll always look for improvements that can be made.

“We’ve won several championships with them so it’s been a really great piece,” says Goodwin. “In fact, the first time we manufactured the engine for a customer, it went out and won a championship in the NTPA four-wheel drive modified class.” 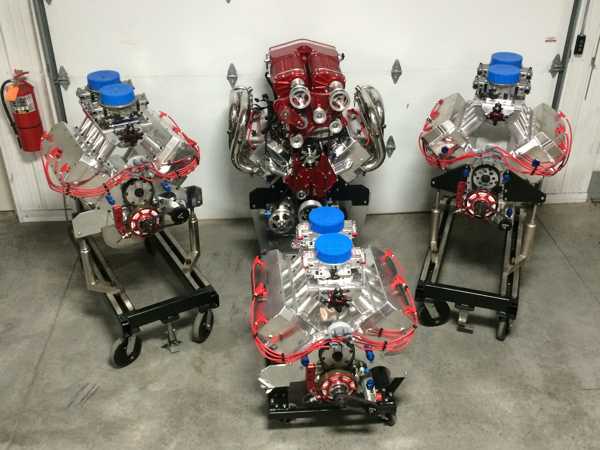 “Aesthetically the engines are mind blowing because we do everything using 5-axis simultaneous machining; everything is all 3D contoured,” says Goodwin. “So it looks as good as it runs.”

Goodwin Competition builds and ships engines all over the world in addition to designing and CNC-porting cylinder head packages for other engine builders. Currently the shop is working on three new billet V8, V10 and V12 engines.