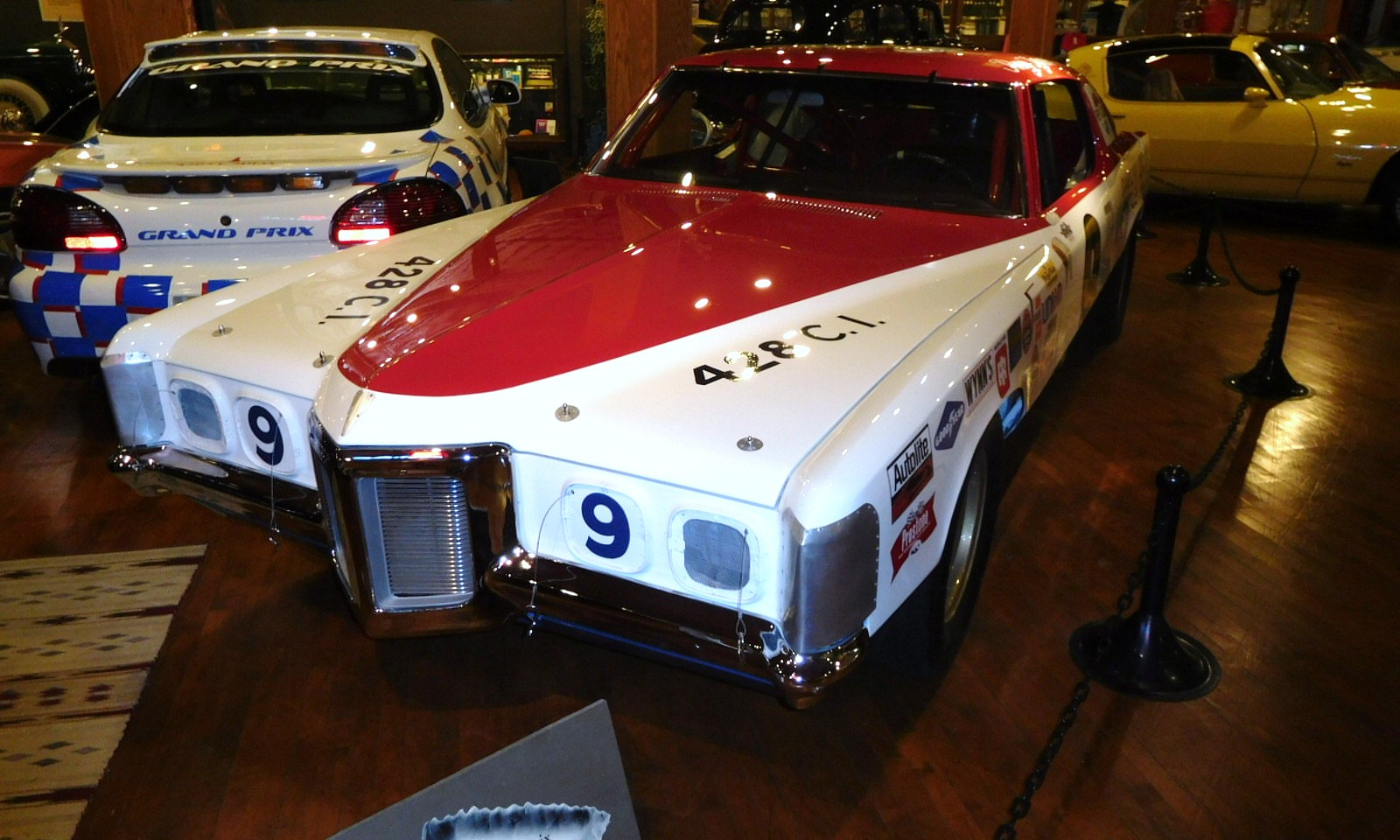 Pontiac Excitement! used to be a company slogan and Pontiac engines caused a lot of the hubbub. The first Pontiac in 1926 was called the Chief of the Sixes. It had a split-head six that was advertised as costing only pennies less a day than a four.

Pontiac Excitement! used to be a company slogan and Pontiac engines caused a lot of the hubbub. The first Pontiac in 1926 was called the Chief of the Sixes. It had a split-head six that was advertised as costing only pennies less a day than a four.

In 1926, Pontiac was a model produced by Oakland Motor Car Co. By 1931, the Pontiac was selling five times better than the Oakland, which then had a flathead V8. As a result, the Oakland brand was discontinued and an upper series of Pontiacs was introduced in 1932. In truth, those cars were rebadged Oaklands and their purpose was to use up the remaining V8 engines.

Pontiac adopted a straight 8 in 1933 and that engine lasted all the way through 1954. At that point, Pontiac got its first overhead valve V8, a motor designed in the basements of two company engineers. During the high-performance era. That engine grew in size and certain versions were offered with fuel injection and three deuces. 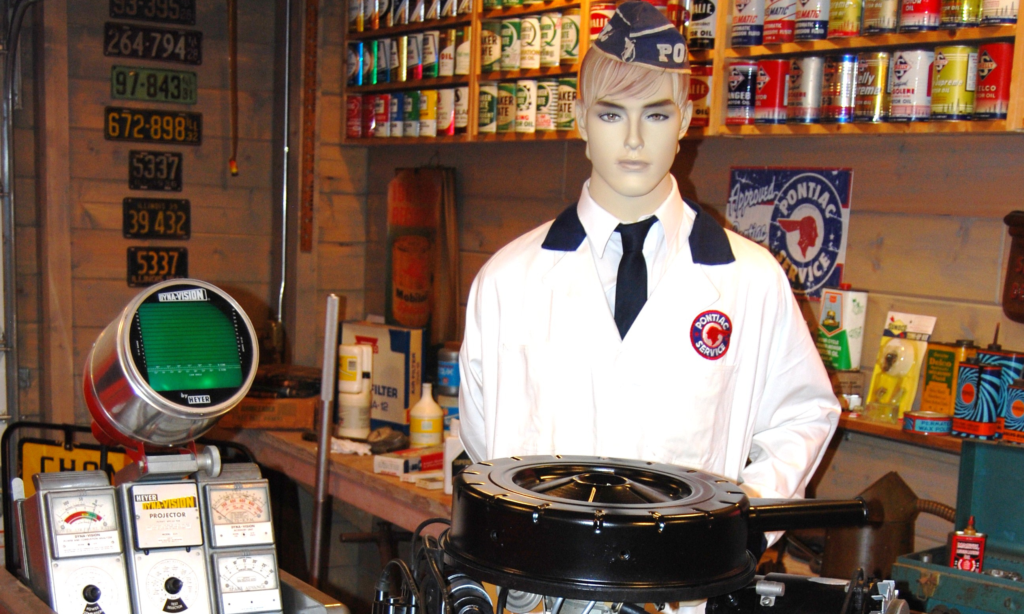 This early four-cylinder Tempest engine was made by cutting a Pontiac 389-cid V8 in half. It could be ordered with a four-barrel carburetor.

Like other automakers, Pontiac kept making its engines bigger and there were 400, 421, 425 and 455 versions (not in order) over the years until the last Pontiac manufactured V8 was made. Then, in the 1980s, corporate V8s remained available in specific models.

Tim Dye is trying to keep the excitement over Pontiac engines alive. Dye is the curator of the Pontiac Oakland Automotive Museum (pontiacoaklandmuseum.org) which is in Pontiac, IL, rather than in Pontiac, MI, where the cars were built.

Dye is tuned into performance engines and racing. One car donated to the museum is a Solstice originally purchased by a Pontiac worker under an employee discount plan. He eventually sold it to a man in California who shipped it to Mallet and had the four-cylinder replaced with a 427. They added a Tremec six-speed transmission and upgraded the suspension, brakes and rear end.

“I would be afraid to put it to the floor; I think it would jump right off the road into the ditch or something. It’s a really quick car and that’s the kind of cars we’re getting donated. At this point, we’ve had just over 20 cars donated,” Dye says. 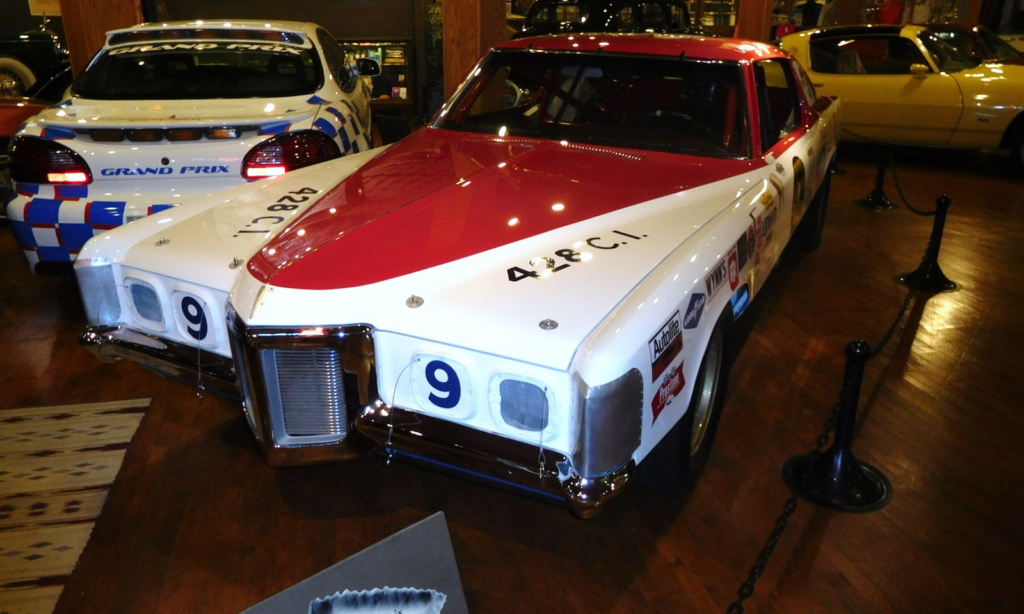 Another museum car is a ’63 Tempest Super Duty with the aluminum nose, the acid dipped bumpers, plexiglass instead of glass and a 421 V8 with dual four-barrels. It’s one of two factory experimental race cars made.

The museum also has an amazing ’69 Grand Prix NASCAR car that ran in 31 NASCAR races with a rare Pontiac Ram Air V motor. And speaking of NASCAR, the museum owns a 1956 Pontiac NASCAR dual quad intake manifold. That’s another item Pontiac didn’t cast many of.

“One of my long-term goals is to have an engine room where we display Pontiac drive trains and engines,” Dye says. “We want to show off rare racing engine pieces and so forth. The dual quad intake is part of that future display. In the front window we have a ’32 Pontiac V8 we restored for display. We have an ’81 Turbo and we have a half-of-an-eight Tempest Four. We’re working on a ’59 Tri Power motor. At some point we think that will be an awesome display.”

Advertisement
In this article:Pontiac, Vintage Voice