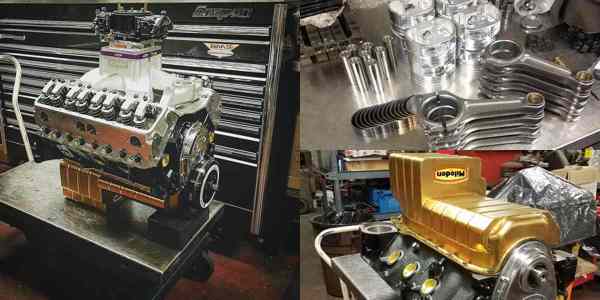 Looking for a more daily-driver-friendly street/strip engine, a customer got exactly what he asked for when he turned to BMS Racing Engines to build a 700 hp 421 Chevy engine with nitrous.

For Josh Debickes and Vince Iacavino, racing has always been part of their lives. They first crossed paths with one another while at Luzerne County Community College, the only secondary school offering a degree in motorsports at that time in 1996. Two years later, with degrees in motorsports technology, the two got jobs working for different race teams. They reconnected when they both worked in the dyno room for Recon Automotive and later at Penske Racing. 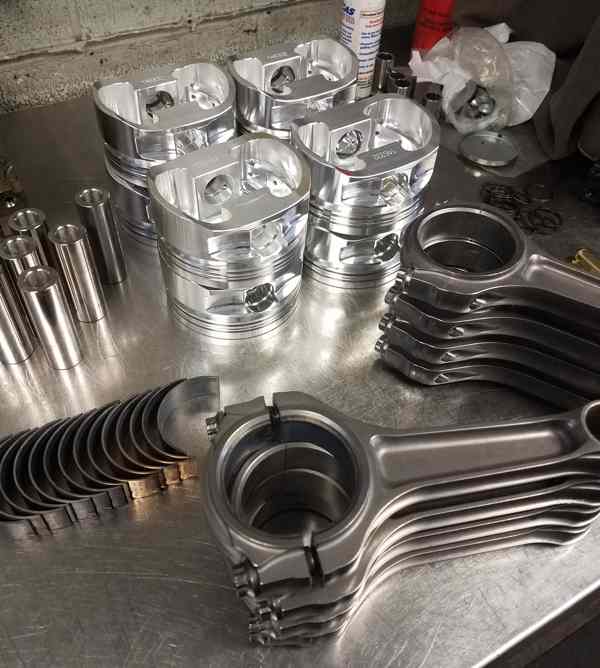 They soon discovered that it was time they allowed themselves some more creativity and the ability to work on a variety of engines, so they opened their own shop, BMS Racing Engines 15 years ago in Plymouth Meeting, PA.

“We do a little bit of everything,” Debickes says. “We do racing engines, dealership machine work, imports, domestics, vintage, and really any type of engine.” 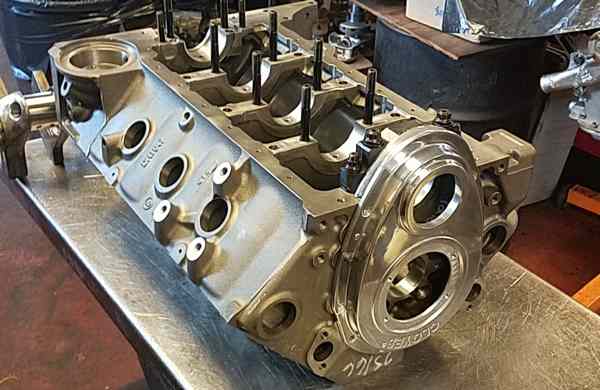 One of those engines BMS does work for belongs to a repeat customer who has a ’57 Chevy that Debickes and Iacavino built a 406 engine for about 4 years ago.

“He brought it here to get it rebuilt and we put a custom camshaft in it,” Debickes says. “It was a high-compression street engine. At the time, we were trying to talk him out of that because he drives the car almost as a daily car and the price of gas would be astronomical. He wanted to leave it the way it was. He drove it for a couple summers like that and then he admitted we were right because the price of fuel was killing him.” 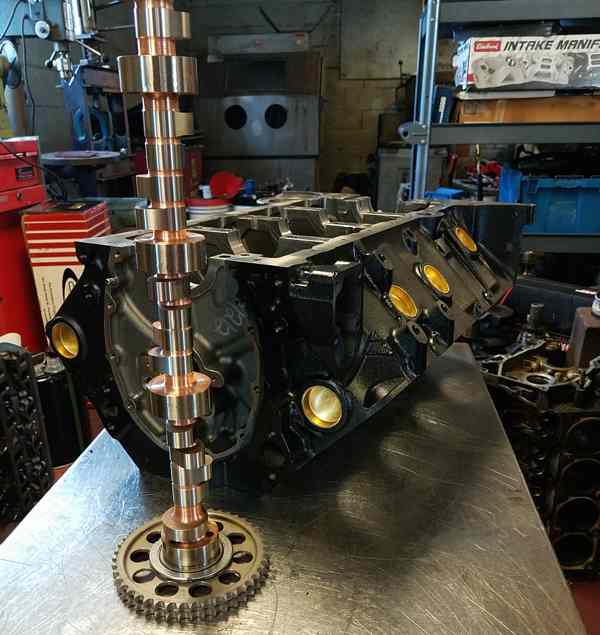 The customer recently returned wanting the guys to build him a new engine that runs on pump gas. He sold his previous engine to one of his friends, and Debickes and Iacavino got to work on building a new small block 421 Chevy engine with nitrous.

“We do all of our own machine work here,” he says. “The decking, boring and honing is all done here. We had to figure out what he wanted, and we had to be sure it ran on pump gas. We have a four-page spec sheet that we use when we sit down with a customer to get info about the vehicle and application to be able to build up the engine specs and what will be needed so we can get the camshaft correct. You need flow numbers from the cylinder heads and intake and all the information from the vehicle such as weight, gears, exhaust, length and size of header tubes, etc. Some of these bigger companies you call don’t really ask enough questions about the combinations. There is a lot more to it besides the weight of the car and your gearing.” 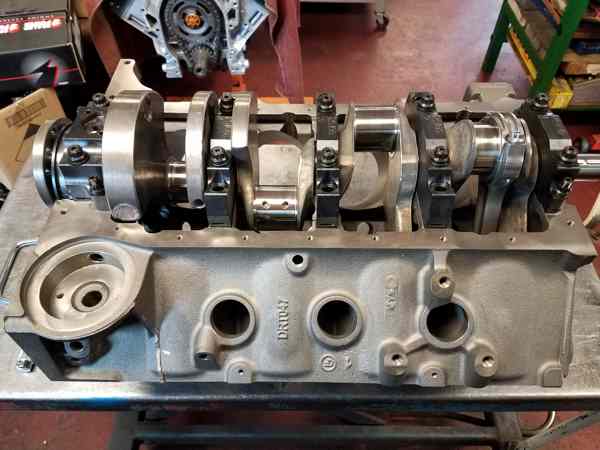 BMS built the 421 Chevy using a Dart SHP block. It has a Callies Compstar crank and Callies XD rods. It has custom Diamond pistons and a set of Brodix Track One heads that were ported by Eric Weingartner (www.wengines.com). The heads and intake came from him. BMS uses Chris Straub of Straub Technologies for custom camshafts. The customer had a custom BLP carburetor that the guys included. The nitrous plate is from ZEX, which is good for a 300 shot of nitrous. 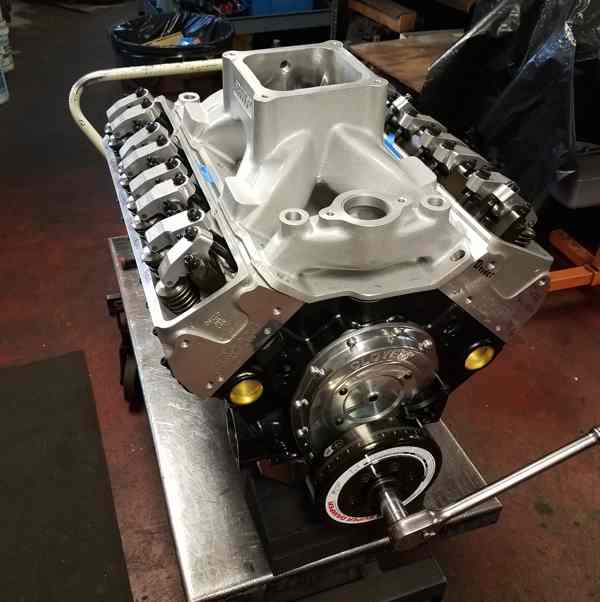 “We used King Race Bearings,” Debickes says. “That’s all we use here for our performance engines. We used ARP hardware throughout. We used a .041” Cometic head gasket. We use a lot of Cometic because a lot of the custom engines we do we need a certain size. We can call them and they can make anything from .025” to .100”. A lot of times on turbo and nitrous engines when you get close to 4.200” bore the head gaskets get real thin between the cylinders. On the power adder stuff I like to use a thick gasket. Cometic is easy to call and they ship them out pretty quick.” 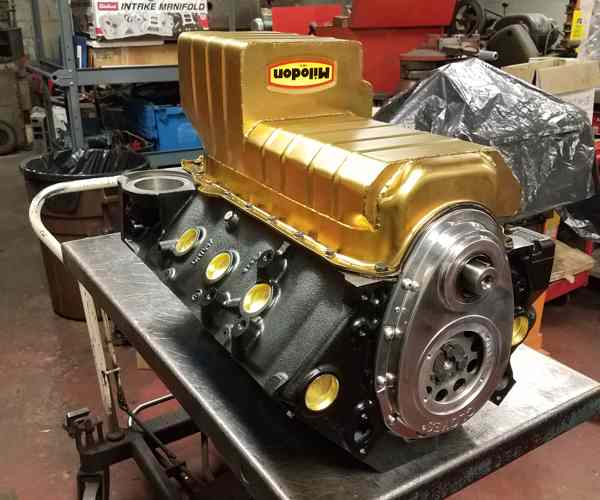 In the valve train BMS used Pac springs. The shop also used Ferrea valves in the heads and an ATI balancer and flex plate.

“The build of the engine was pretty smooth,” he says. “However, one thing we did run into when we got the crank from Callies, I had mentioned to them that we put a 5.850” rod in it. A lot of people put a 6.000” rod in that combination because it’s easy and that’s what companies sell. We put a shorter rod in it, and when you do that the crankshaft weights have to be cam cut or else the pistons are going to hit the crank weight when it comes around. We had Callies do that while it was there and when we got it back I mocked it up and they still hit. So I had to grind by hand the weights and get the crank rebalanced. That was really the only hold up we had.” 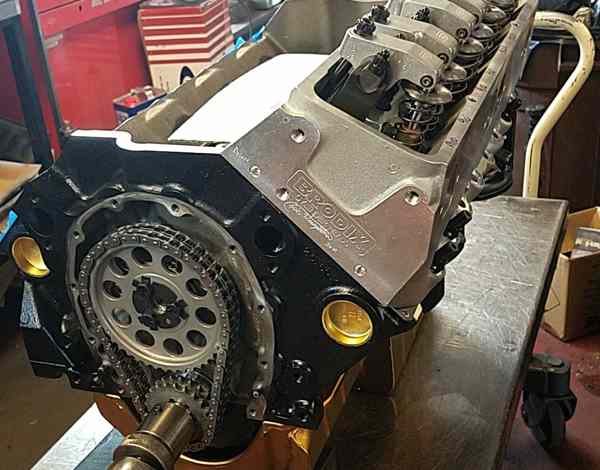 Once the engine is complete BMS can dyno the engine if the customer wants that. BMS uses a shop in Perkasie, PA called Second Street Speed, which has a chassis dyno and an engine dyno.

“I always recommend customers do an engine dyno before they put an engine in the car just because you can make quick adjustments or fixes much easier,” Debickes says. “This way we can set up the engine, start it up, set the timing, tune it, and have it more or less ready to go. I always try to get everybody to do that so we can see the results after we’ve built an engine.” 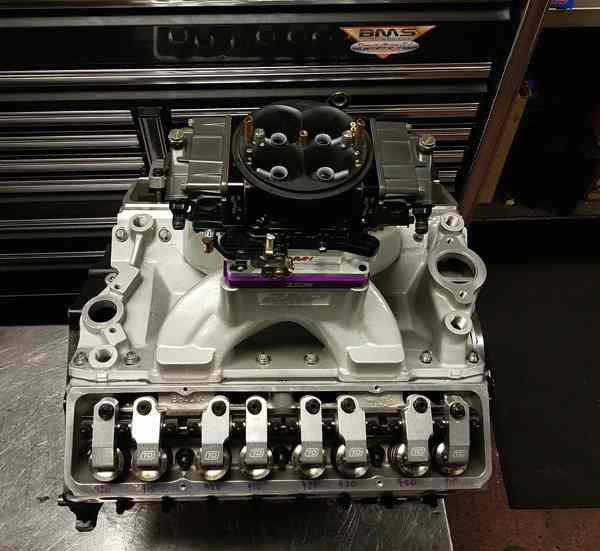 A lot of BMS customers are race guys, and given Debickes’ and Iacavino’s experience, they know what parts are capable of running a certain number in a certain weight vehicle.

“That’s how we do things,” he says. “We don’t dwell on the horsepower number. I always ask customers what their expectations are in terms of what they want to run. 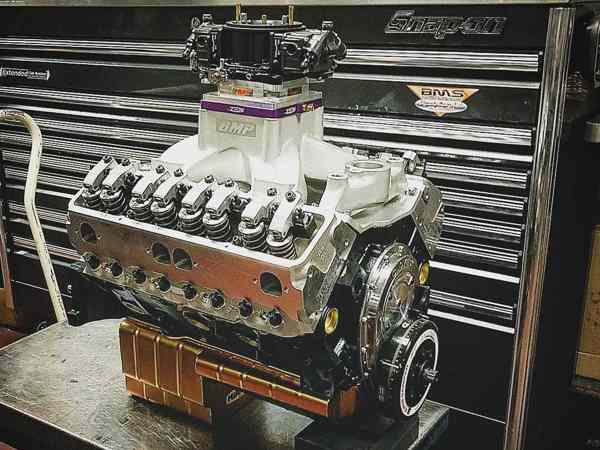 Advertisement
In this article:Chevy, Cometic Gasket, Engine of the Week, small block