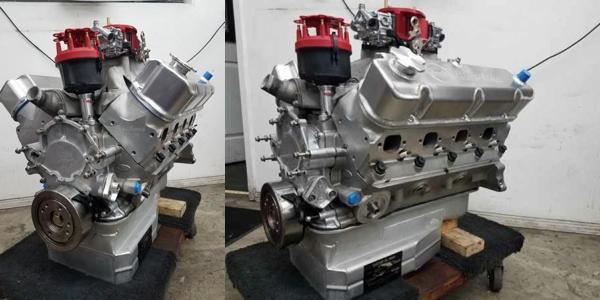 Mike Consolo of QMP Racing Engines spent more than four and a half years rebuilding this 347 small block Ford for a customer’s road racing Sunbeam Tiger. All said and done, the engine puts out 625 hp and is race ready once again.

In the past four and a half years, Mike Consolo, the manager of QMP Racing Engines in Chatsworth, CA, has built a couple of engines for customer Sandy Ganz. However, in that timeframe, one of his engines, a 347 small block Ford, has been ‘under the knife’ at QMP for all those years due to the scope of the project.

The 347 will be going in a Sunbeam Tiger, which is a very small car, but the combo will make for a crazy ride when Sandy takes it out road racing. 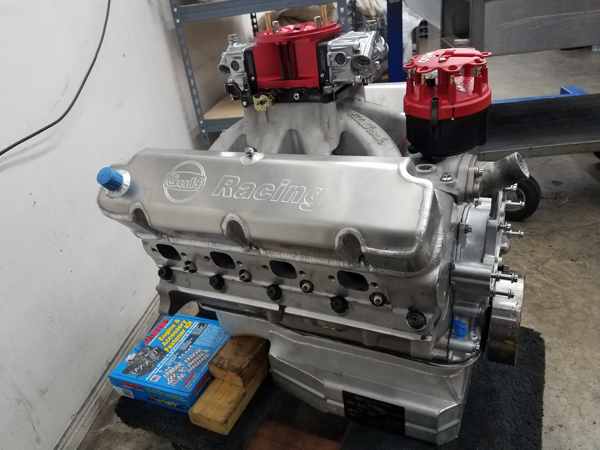 “It came in here as something that he actually broke,” Consolo says. “It was a major repair job having to fix mains and all kinds of stuff, and it’s all aluminum.”

The engine had numerous stripped out mains in the block and according to Consolo fixing those is a real pain, especially with an aluminum block.

“We put a couple of sleeves in and did some cylinder head work,” he says. “It’s definitely a little bit of a repair job. But when you’re racing that’s par for the course. You know, they break sometimes. Engines are like soldiers – some of them come back and some of them don’t. That’s just how it goes.” 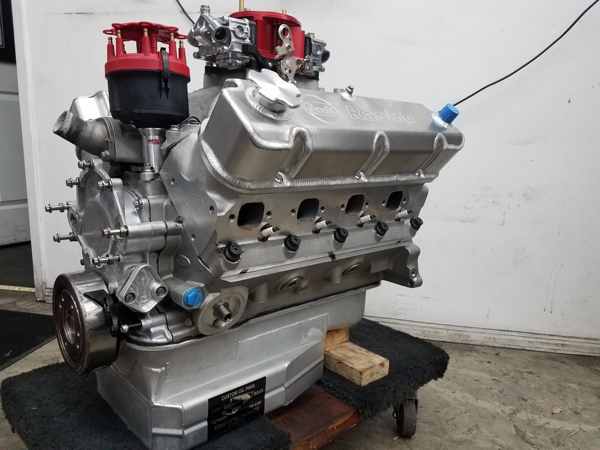 Consolo and the guys at QMP had a few obstacles when working on this 347 small block Ford. Every time they started working on it something caused them to have to backtrack.

“When we first got it, obviously it was hurt,” Consolo says. “We put the sleeves in it, and then it needed a line hone. After torqueing it up we pulled the threads out of one of the block pieces. We had to fix that and then re-line hone it and torque it to check bearing clearance. This was when it was washed and ready to be put back together and it pulled another thread out. When that happens you have to take it out of the assembly room and bring it back into the shop, and put the thread back in.

“I remember we had to take the crank in and out a couple of times for a little bit of fitment issues, and again we pulled another thread out. It was a big project repair wise. When we finally had some time to work on it, it was just one thing after another. Once we got through the short block I think it went together as good as it could.” 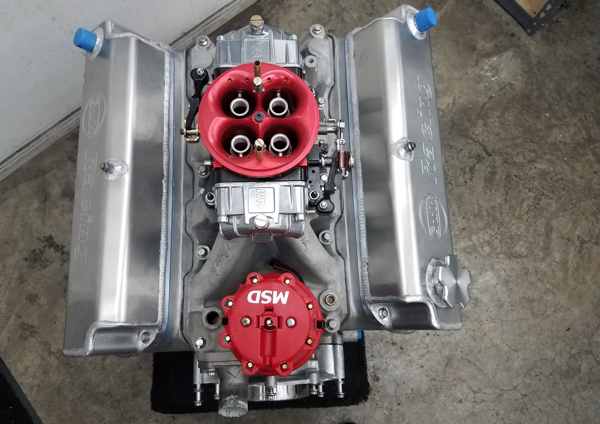 For the crank, QMP typically uses Callies, Lunati or Crower. The crank in this 347 Ford is internally balanced, which takes some extra effort from the builder due to the amount of Mallory used and the time it takes to complete the process. 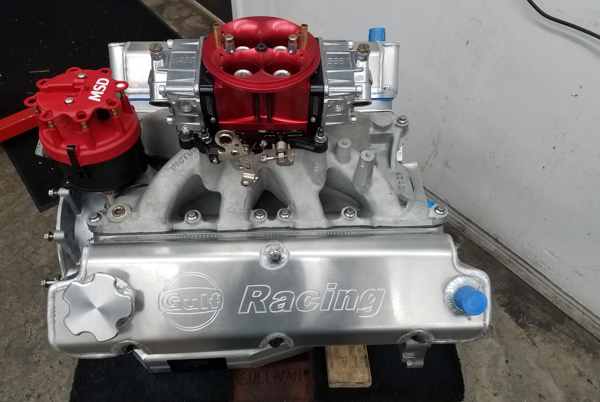 “A lot of people will know that when you do a 302-based motor, it takes a lot to internally balance the crank because you’re using 28 ounce with a stock rotating kit and billet rods and a little bit heavier-duty piston,” Consolo says. “The next thing you know you’ve got eight to 10 pieces of Mallory in the crankshaft. The customer said there was no way he’d run an external balance because it could break the crankshaft on this road race deal.”

Additional work on the 347 Ford engine included porting the cylinder heads and doing a valve job.

“We have a special valve job where we do a little bit different angle for almost every single head,” he says. “However, none of that was as much of a deal as the block work was.” 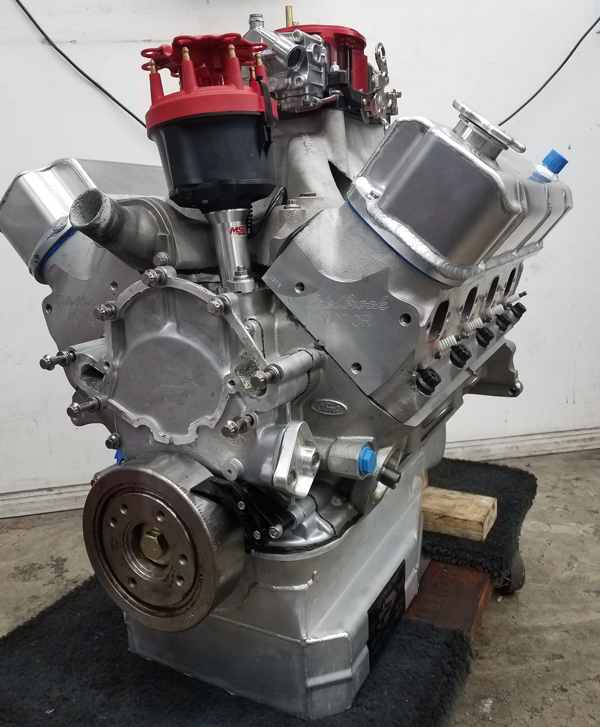 Using an 850 HP Holley carburetor, Consolo found that the 347 pulled 858 cfm through the carburetor at 7,800 rpm when the engine was on the shop’s SuperFlow 902 dyno.

After more than four years quarantined inside the QMP ‘hospital,’ this 347 small block Ford is now finished up and ready to rev inside Sandy’s Sunbeam Tiger!