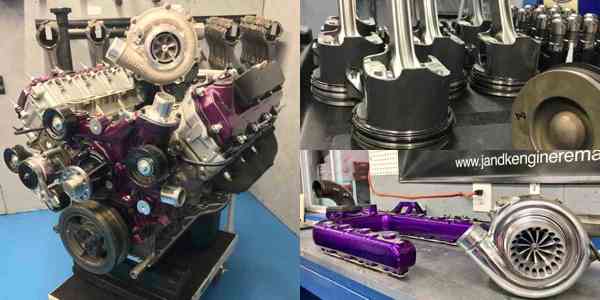 The 6.0L Power Stroke engine is beloved by many, but its flaws can make it undesirable to some. However, J&K Engines specializes in Power Stroke engines and has been remanufacturing and stroking the 6.0L to a 6.3L to give the engine new life, better horsepower and torque, and fixed its flaws.

J&K Engines in Mount Juliet, TN has been in business 7 years, but in that short amount of time it has gained a lot of attention for its engine work. Run by Jack Cammarata along with his son Anthony Cammarata and shop employees Keith Proctor and Zac Wolfe, J&K Engines develops unique designs that are very meticulous, clean and different from the rest. 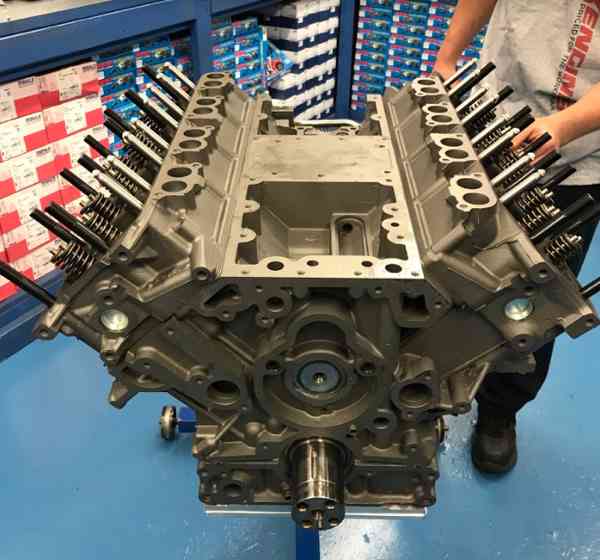 While the shop specializes in building Power Stroke engines such as the 7.3L, 6.0L, 6.4L and the 6.7L, which aren’t very different on their own, it’s what the shop does to them that has gained J&K some notoriety.

Over the last few years, J&K has been doing some research and development on the 6.0L Power Stroke and turned it into a 6.3L 383 Stroker engine. 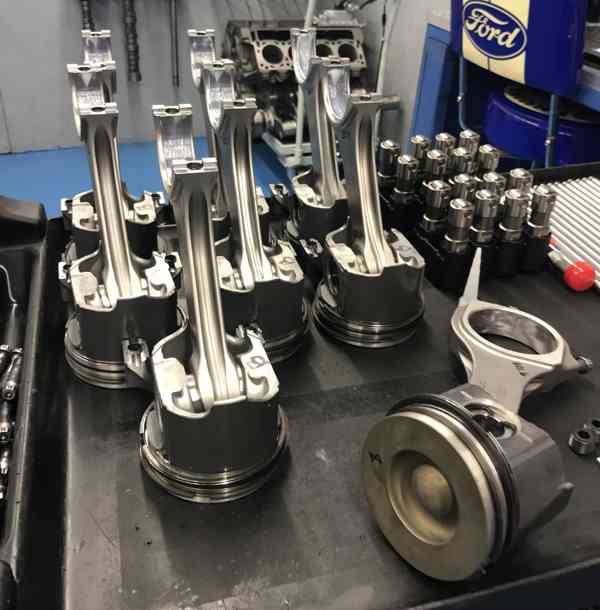 “We were remanufacturing the 6.0L for about three or four years and just got to know that engine so well and its flaws, and it being a small-displacement diesel engine, this thing’s a powerhouse,” says Keith Proctor. “That’s what everybody loved about it. But of course these little hiccups that International had like the pushrod lengths being a 1/16 of an inch too long, too much preload on the lifters, and down cam load caused a snowball effect and the 6.0L got a bad reputation out there.” 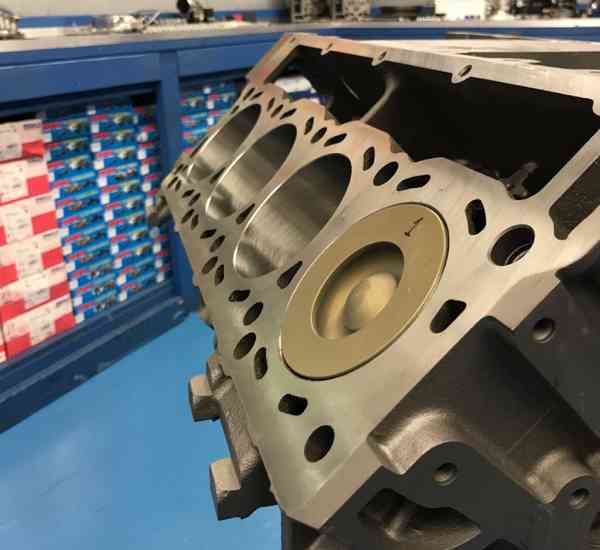 J&K revamped the 6.0L Power Stroke using all of Ford’s revised and updated pushrod lengths, updated lifters and guides to correct those little things that took it down.

“We do a special line hone and get a little more oil clearance than International had when they built the engine for Ford,” Proctor says. “Being a machinist and understanding oil clearances we’re not going by the book, we went by what would work for us and what we thought would work better, and that’s what we did for years and everything worked great.” 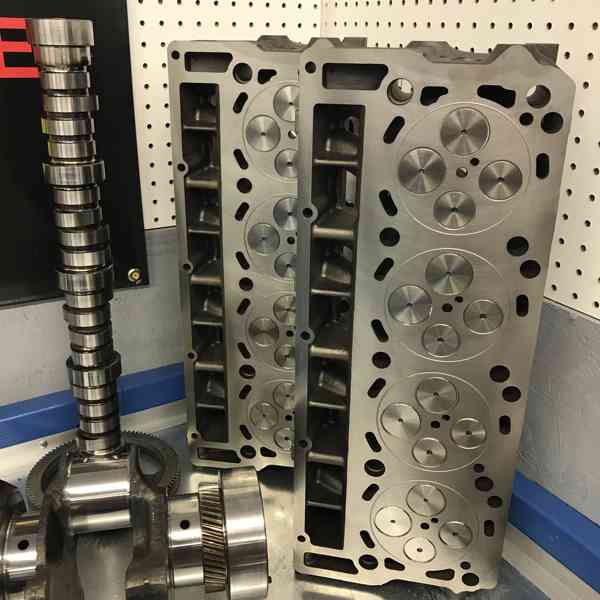 The 6.0L Power Stroke’s cam and crank are built pretty darn tough for being a small engine. One day, Keith and one of J&K’s machinists realized that a 6.4L crank would go in the 6.0L and the mains were the same.

“They didn’t change the casting of the block very much at all,” he says. “We started thinking about stroking it and did a lot of research. No one’s ever stroked it before other than Elite Diesel did a 6.0L to a 6.9L back about six years ago, but it was very expensive to build. We built one and redesigned the low-pressure oil pump so the snout would clear and we did some tricky machine work at Industrial Machine in downtown Nashville.” 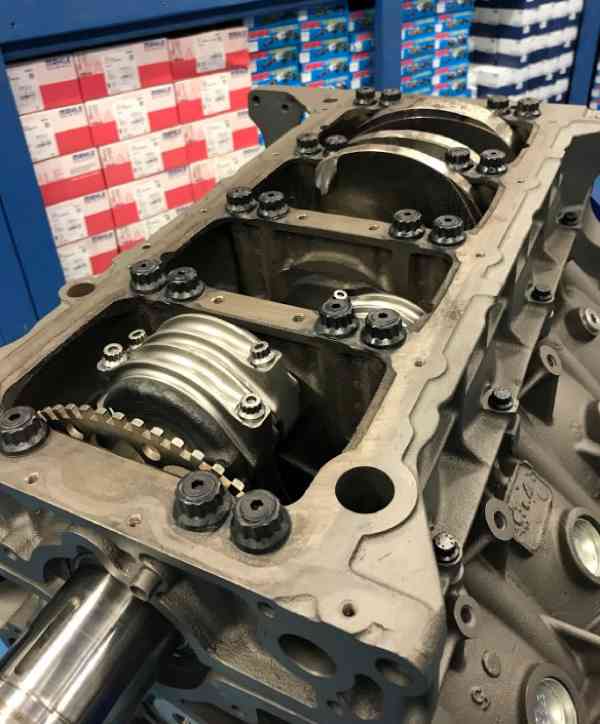 J&K Engines did two years of testing and beating on this engine, and had a special tune made for it so the fuel and air was right.

“We used stock everything,” Proctor says. “No performance exhaust, injectors, etc. Everything is factory under the hood. We wanted to know what the dyno results in the torque change was from factory to the crank and pistons being stroked, and it put down whopping numbers.” 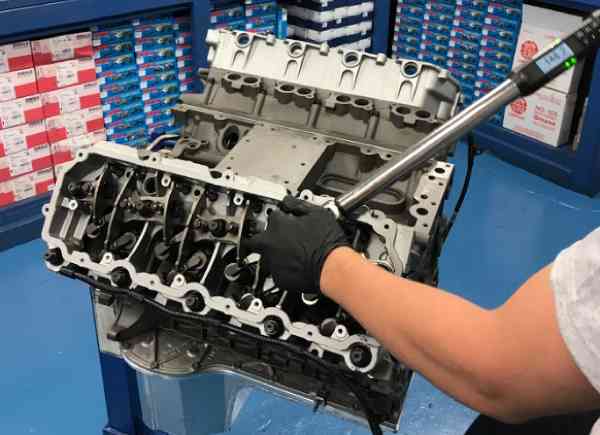 “We’re selling these engines like crazy and everybody wants one, and they’re affordable,” he says. “They’re only $12,500 for this engine and you don’t have to put $15,000 worth of turbos and components on your engine. You can just buy the stroked engine and it’s got all the torque you want and need.” 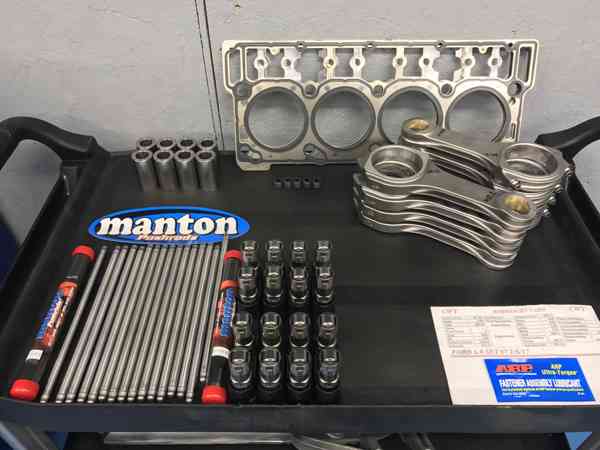 If you thought J&K was going to leave the stroked 6.0L at that, you’d be wrong. The shop recently finished up building one of these engines for their work truck with added aftermarket parts. 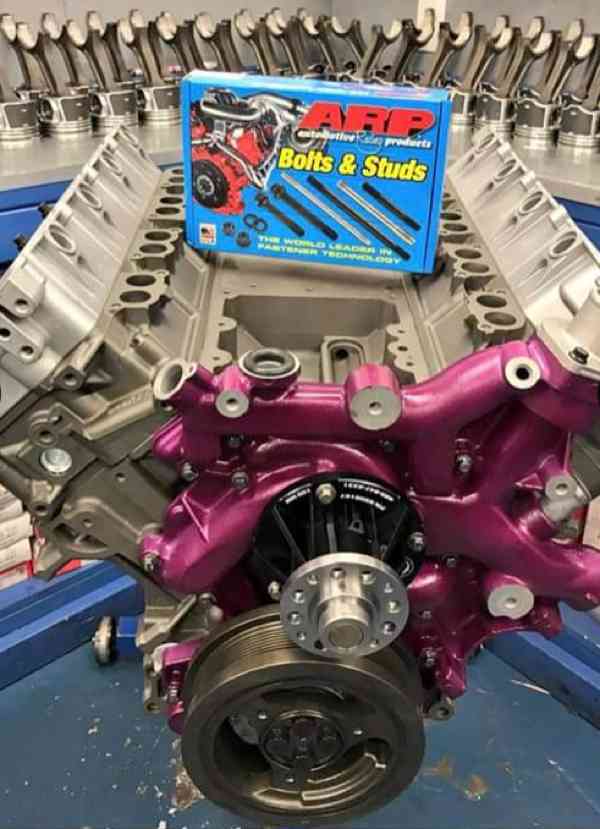 To get that 6.3L design, J&K takes the low-pressure pump and bores it out in the oil pump area where the snout of the crank passes through the front of the engine. This low-pressure oil pump kit is also where the water pump bolts on. It also houses a powdered steel g-rotor that is your oil pump down around the side of the crank. 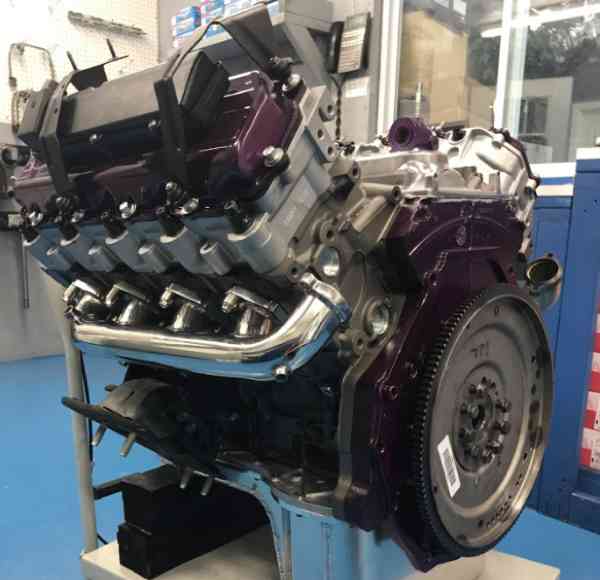 “From that point it’s machining the inner part of the harmonic balancer made up to the snout of the new 6.4L crank, which is pretty simple stuff,” he says. “Then we do a complete balanced assembly. These cranks go through so much cutting on the journals to accept a 6.0L rod. Those journals turned down so much that the rotating balance assembly is done with the flywheel, harmonic balancer, weight of the piston and a rod. The rods are balanced top and bottom. Pistons are drilled and balanced and fly cut as well because we’ve moved that stroke up and these pistons were jumping out of the deck.” 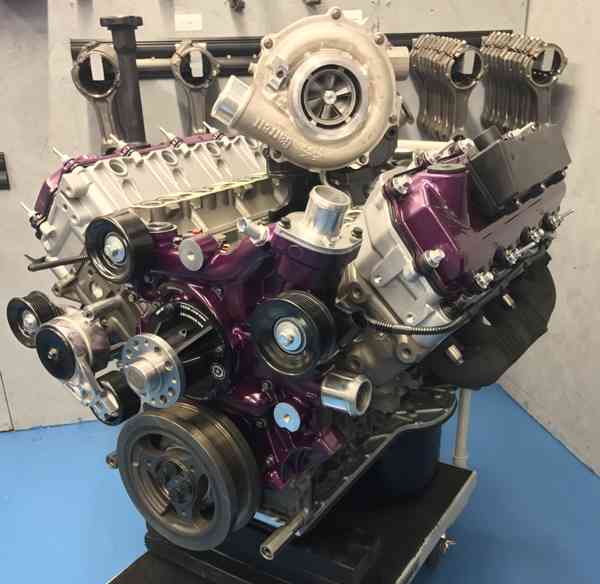 While the 6.3L Power Stroke J&K sells is pretty much stock components, the shop uses ARP bolts and studs, and uses PolyDyn coatings on its bearings, pistons, pushrods, and valve bridges. The shop also polishes the crank down an extra thousandth to make up the difference from the coating. 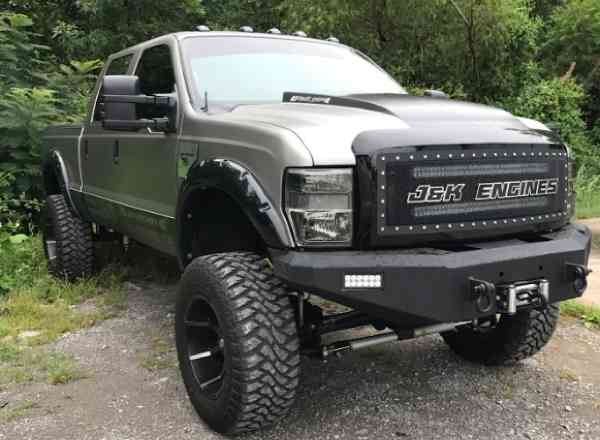 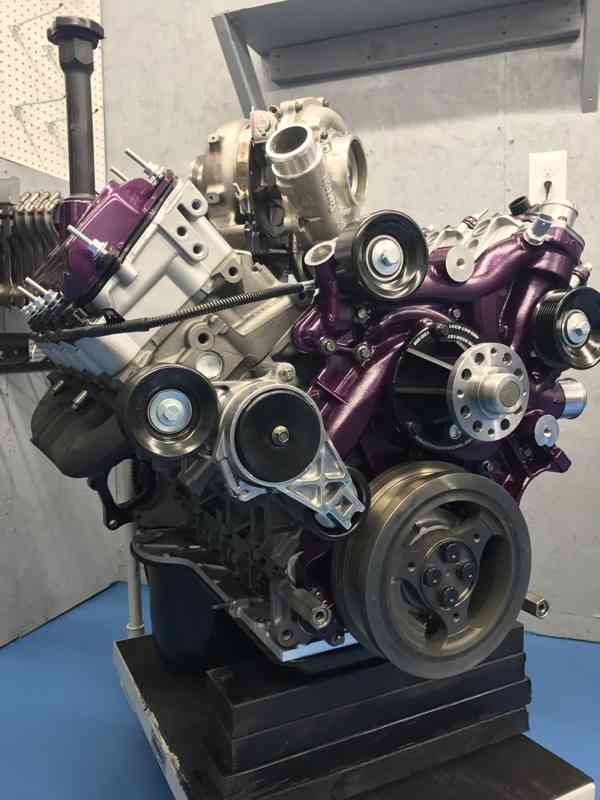 “Our machine shop did the o-ring in the heads, 6.4L exhaust valves, a mild port job and the Stage 2 valve springs,” Cammarata says. “We took everything stock out of it. There’s not one bit of Ford left in it. It’s all aftermarket and J&K.” 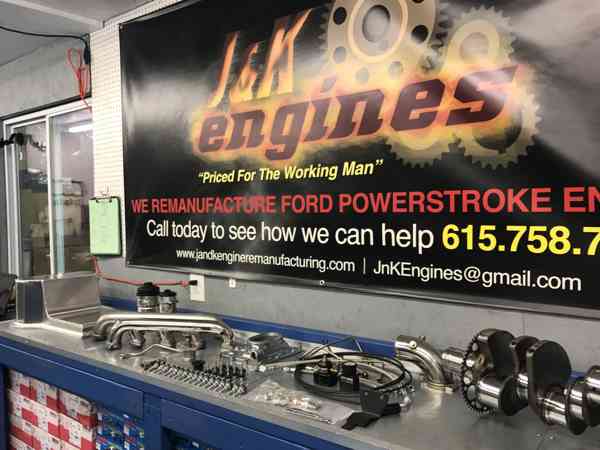 J&K says that letting the engine breathe better helped the horsepower numbers. With another turbo on the engine it should hit 650 – 700-plus hp.

“The potential is amazing,” Proctor says. “It can get well over 1,000 horsepower and handle it if our math is correct. We’re going to see how much she can take.”