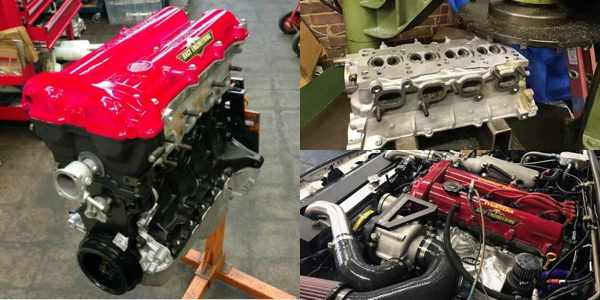 When Chris Graham and his client Clint went to Carolina Motorsports Park to test drive a 1999 Mazda Miata with a forced induction BP4W engine in it, the car had such great power and they had so much fun driving the track that they broke the gas pedal, literally. 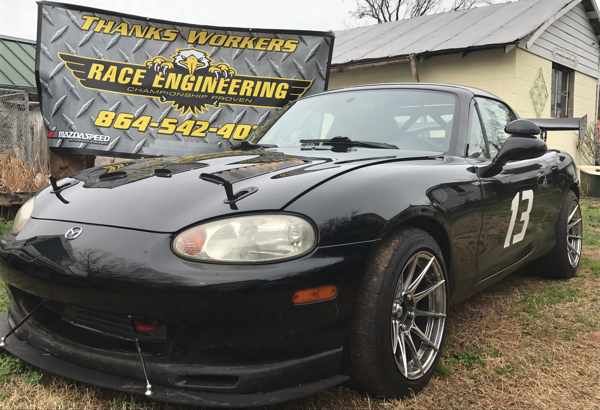 Clint originally brought Graham the car a little while back, and at the time it had a small supercharger on it, but he wanted more power. Clint’s buddy was driving a WRX with an upgraded turbo system and was threatening to beat him at the track, which any racer can’t sit by and let happen!

“He wanted to take the tired engine out of his car and refresh it and make it bigger and better so he could continue to beat his buddy on track days,” Graham says. “We took that motor and as we progressed, we were discussing options, and as an engine builder it’s my job to educate the clients on all the options so they can make good decisions based on their applications.” 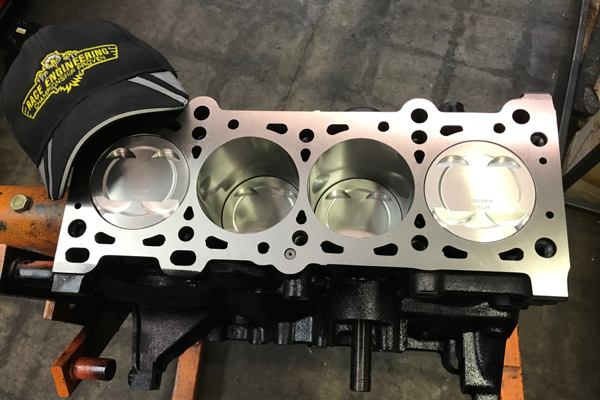 In that process, the client wanted to build something that could take more boost than the current engine.

“I said absolutely we can do that,” Graham says. “And as soon as I told him that it was capable, he went ahead and upgraded the supercharger to one of the largest superchargers Track Dog Racing has for that application. We maxed out what he was going to be using for something that was streetable and could run on pump gas.” 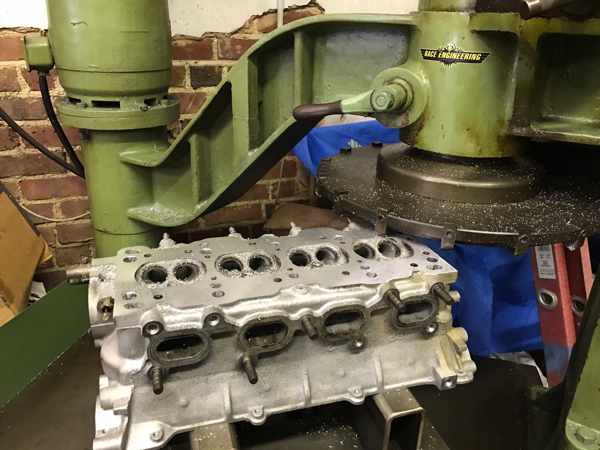 Race Engineering started the build by machining the head for all the seats with a Serdi 100.

“We machined the head for a five-angle cut on the valve seats to accept 40-over valves intake and exhaust,” he says. “That also required that we put on high tension double springs from Supertech with titanium retainers and keepers.” 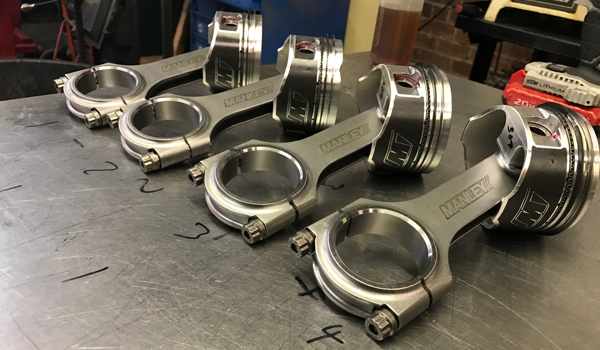 The head is a Mazda BP4W head that was machined in-house and was decked about 15 to take off any imperfections from it being a little tired. The shop also verified the clearance for the valve guides.

The block is a BP2 block that was bored 40 over. The crank was polished by Race Engineering machinist David Snider, who does spectacular work, according to Graham. 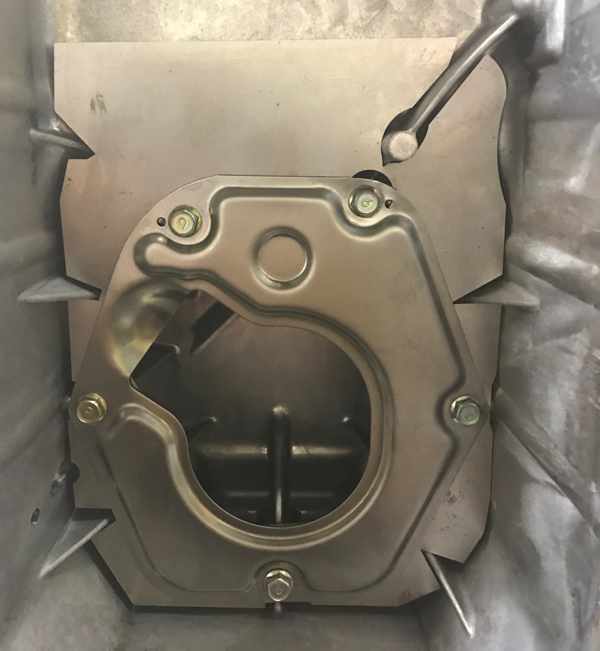 Race Engineering worked closely with Diamond Racing to put custom, one-off, forged pistons in the BP4W engine. The shop utilized .040˝ valves for the intake and exhaust and did five-angle cuts on both. Grude Performance was called on to grind the cams to Race Engineering’s specifications. The shop also used forged Manley rods and all Cometic gaskets to get tolerances and the compression numbers exactly where Graham wanted them to be. To top things off, Race Engineering had custom piston rings done for this application.

“We got the compression ratio exactly where we wanted it,” he says. “We’re running 14 pounds of boost with the current pulleys that are on the system now and we were able to more than double the horsepower in the drive train to the rear wheels than where it was at factory. We increased by almost 55 percent based off the smaller supercharger when we upgraded the supercharger and put the new engine in play.” 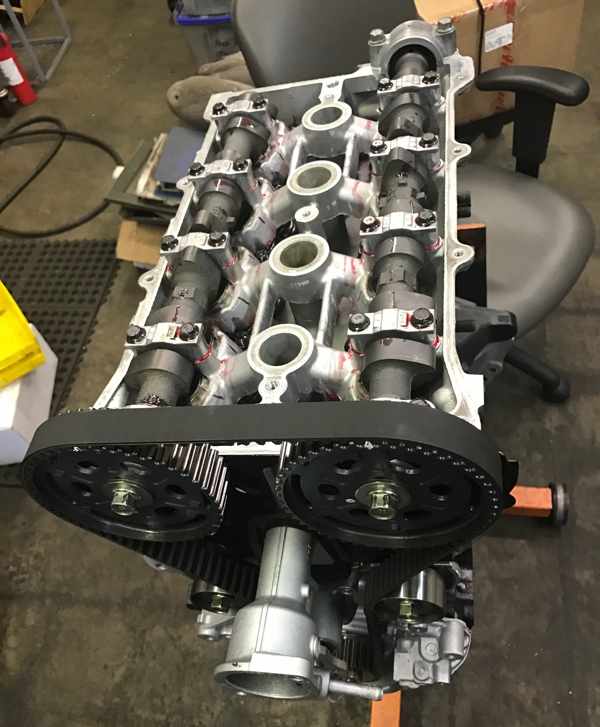 Cooling the BP4W engine turned out to be the only challenge. Graham and the Race Engineering team went through several iterations of cooling reroutes and large radiators.

“We settled on a triple core radiator that is doing very well,” he says. “It’s got plenty of horsepower to get some air moving through there, because the Miata platform has a very small air opening for cooling.” 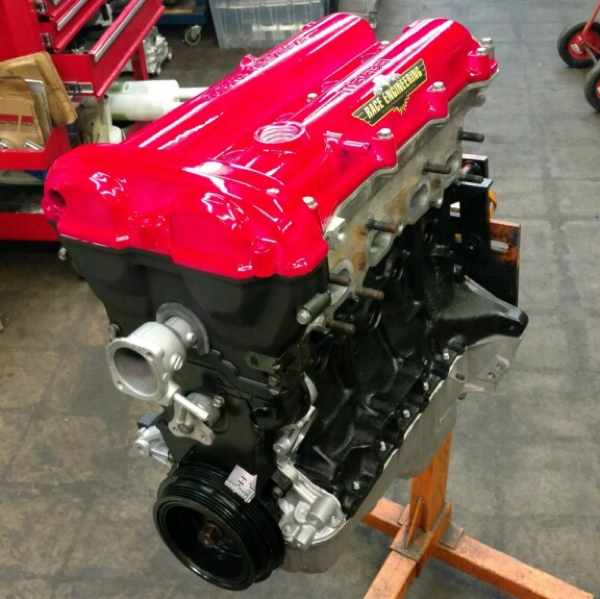 A standard Miata normally aspirated makes about 100 to 115 hp at the rear wheels as a street car. Spec Miatas are a little bit better than that with the restrictor plate. This one made over 245 horsepower. As the tune goes further, Graham expects it to put out more than 275 hp in this current configuration. The compression ratio is 9.40:1.

“We were very precise in those measurements to make sure we didn’t blow it up,” Graham says. “We are using ARP studs for the head to keep it all bolted together. We also used some Race Engineering custom timing pulleys to get the timing just right.”

To further ensure everything with the new engine was just right, Graham and Clint tested the car at Carolina Motorsports Park. They also tested the car at Road Atlanta and the next stop was Charlotte Motor Speedway in the new configuration.

“We were one of the first drivers on the brand new configuration that NASCAR guys will be running next year,” he says. “It’s a very, very tight course with 14 turns.” 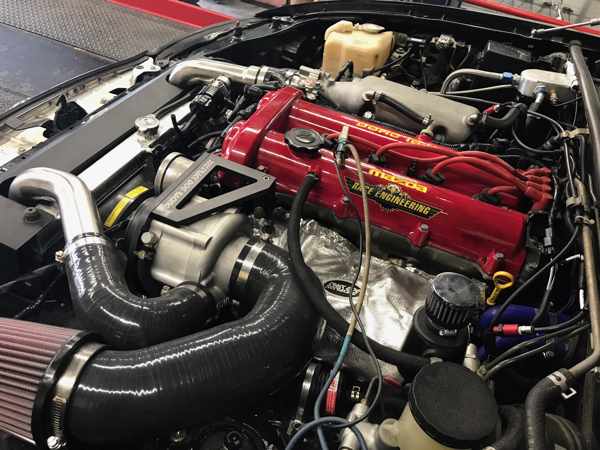 As the tuning continues to get honed in courtesy of Panic Motorsports, Graham admits this BP4W engine makes the 1999 Miata a rocket ship.

“You hit the gas and it goes,” Graham says. “We had so much fun with it at Carolina Motorsports Park that we broke the gas pedal. It was my fault. We were sitting in the car and had adjusted the gas pedal to do better heel and toe and it kind of moved over from the pedal stop. When we stopped the car to get it a little more adjusted I put the pedal to the floor and it snapped off.”

With the pedal fixed, it’s probably safe to say that Clint should have no problem looking at his buddy’s WRX in his rear-view mirror!