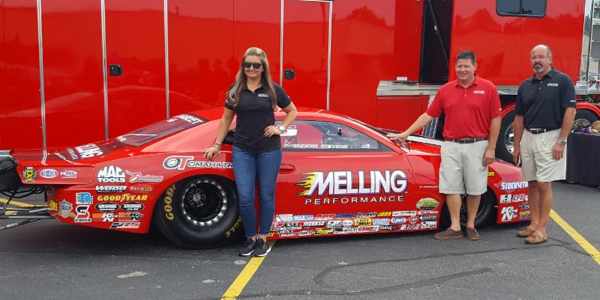 Following a very successful five-race stint as title sponsor of two-time Pro Stock world champion Erica Enders and her Elite Motorsports Chevrolet Camaro, Melling Performance announced a contract extension through the end of the 2017 season with the female driver.

Melling Performance initiated its involvement in the world’s quickest and fastest motorsport after CEO Mark Melling attended one of the Charlotte drag races in 2016.

“All I knew was NASCAR,” Melling said. “Coming to the drag races really opened my eyes to what a great sport the NHRA has going. If you can’t get excited about all the horsepower going on out there, you’re not a race fan whatsoever.”

The contract extension was announced to employees during a visit Enders and the Elite team made to the company’s headquarters recently in Jackson, MI. 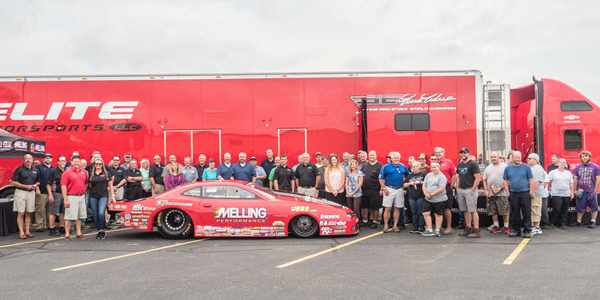 “Their facility was incredible and everyone there couldn’t have been nicer to us. They were all pretty stoked to see the actual racecar we run down the quarter-mile every weekend, especially with the Melling logo on the doors.”

The partnership between Enders, Elite and Melling Performance will now continue through the entire Countdown to the Championship playoffs, which conclude in in November in Pomona, Calif.

Enders and Richard Freeman’s Elite Motorsports team have already locked a position in the Countdown to the Championship, which begins Sept. 15 in Charlotte.