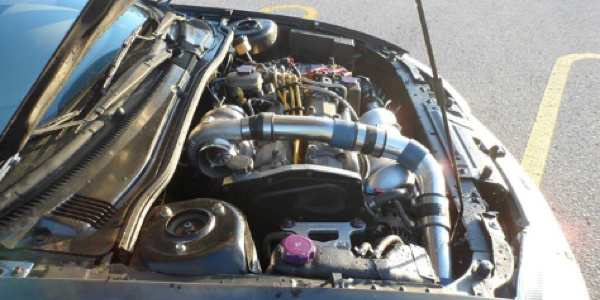 ‘Only the truly unstable are welcome’ reads a sign in Harold Norry’s engine shop. The sign represents the unique engine work his customers bring him like this turbocharged LD9 Oldsmobile Quad 4 engine for a sport compact drag racing application.

Hanging in Harold Norry’s engine shop in Guelph, Ontario, Canada is a sign that says, ‘Only the truly unstable are welcome here.’ The sign refers to both his engine work and his customers, who can sometimes have unusual job requests and tend to be more unique than your typical Chevy 350. Due to Norry’s unique engine work at his shop named Engines From Hal, he gets to know customers very well. 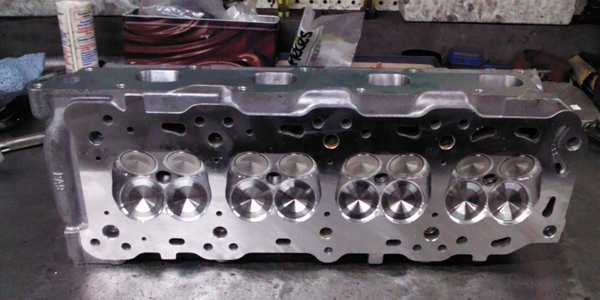 “I tend to quite often refer to people as customer friends because by the time it’s over generally there ends up being some kind of friendship out of these deals, especially with the weird stuff,” Norry says. 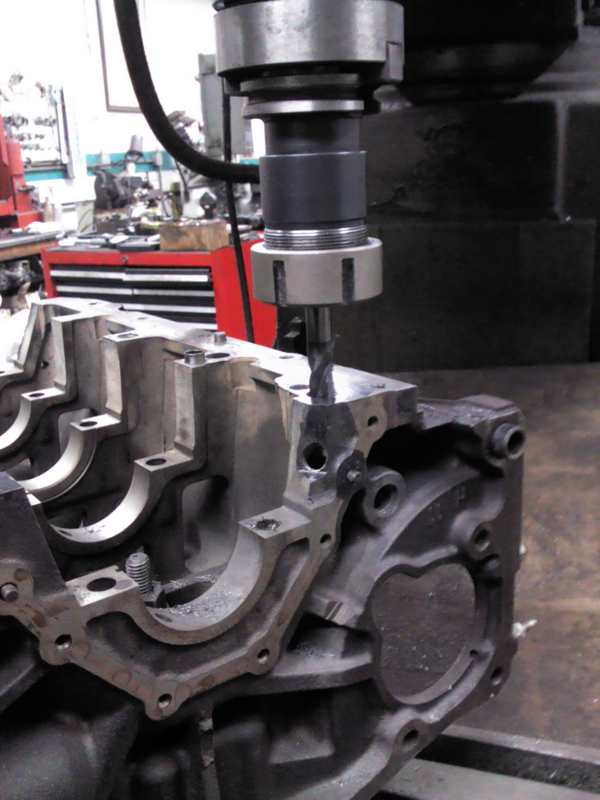 Norry opened Engines From Hal a little over 10 years ago, but he has been building engines his entire life.

“I’ve been an automotive machinist for over 30 years now,” he says. About 10 years ago, I put myself in debt, bought a bunch of equipment to open my shop and here we are now.” 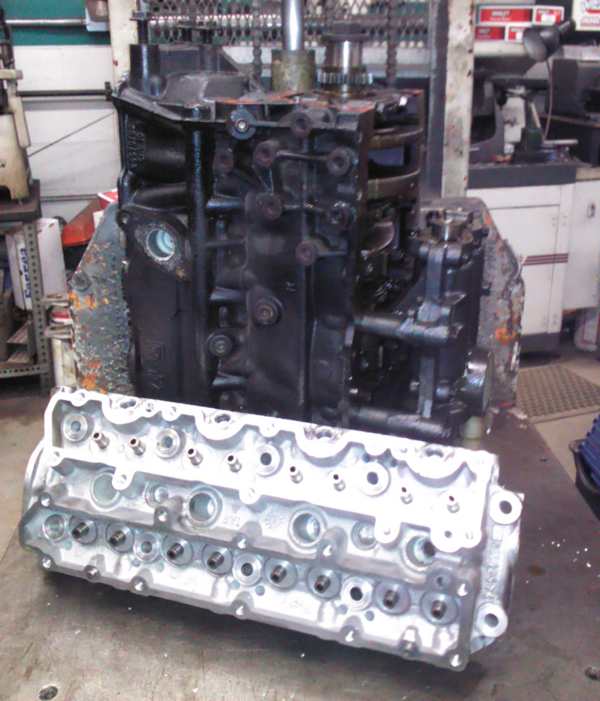 At just 1,500 square feet, Engines From Hal is a strict machine shop. The only thing Norry doesn’t do is grind crankshafts. Everything else he does and does in-house.

Some of the equipment includes a CK10, a RMC for resurfacing heads and blocks, a BGS20 for guides and seats, a mill, a Kwik-Way boring bar, and a Sunnen DCB750 balancer. 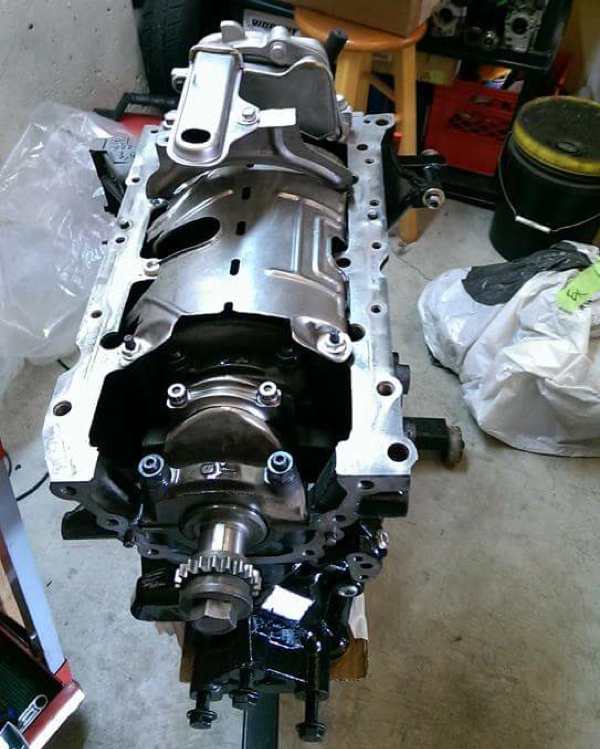 A little while back Norry got a visit from a customer named Brady who was dropping off a 383 Chevy for a friend. During the visit Norry and Brady got talking about an LD9 Oldsmobile Quad 4 engine that he wanted to do something with.

“Brady ran a stock LD9 with a turbo on it until it finally blew up,” Norry says. “He liked the fact that it was different. In his racing organization he runs in the sport compact class for drag racing. He knew there were a lot of shortcomings to the LD9 in stock form and he’d done a certain amount of research on some of the changes that needed to happen. 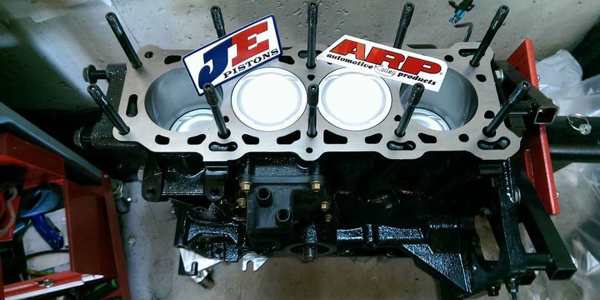 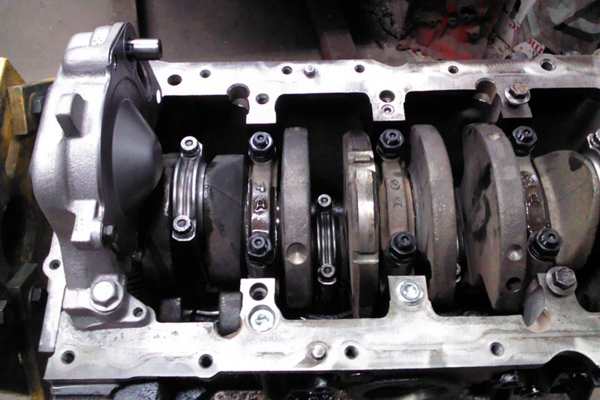 Norry line honed and decked the block and the head was completely redone. Across the parking lot from Engines From Hal Norry has a buddy with a CNC shop, so he had him make a torque plate, because a torque plate for an LD9 is tough to find.

Aside from some of the machine work put into the LD9, the engine has a set of Eagle connecting rods, JE pistons, a stock crankshaft, Cometic head gaskets, and ARP studs. 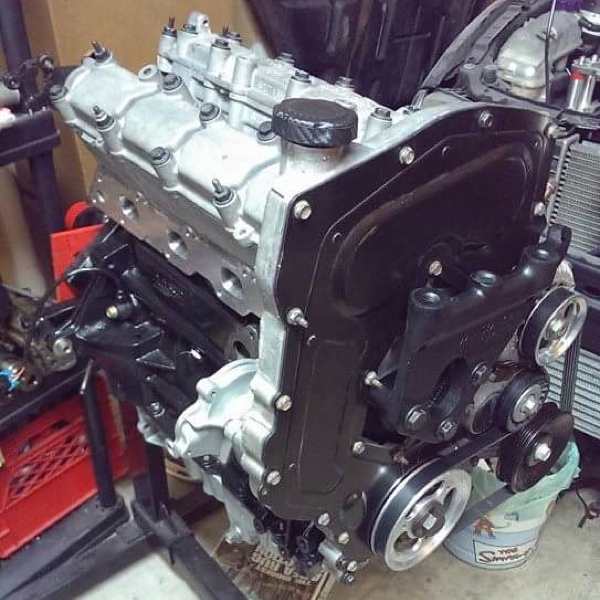 “We had to figure out main studs and head studs because there’s nothing listed for them,” he says. “They ended up being ARP studs, but I had to measure all of the lengths of the bolts and call their tech department to get the right diameters and lengths.”

Another part that required some creativity were the valve springs. 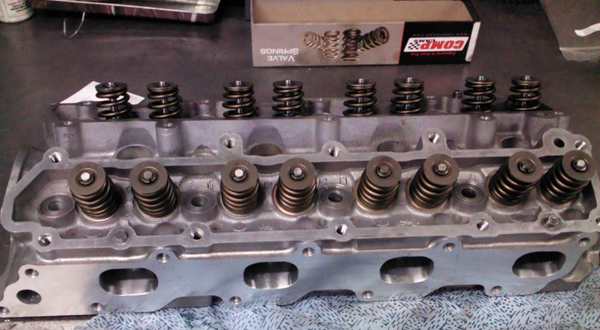 “We figured out a set of beehive-style valve springs for it because there’s really limited room with the bucket-style valve train,” he says. Running about 25 pounds of boost, the engine definitely needed stronger than stock springs and that’s been part of the problem with some of the other LD9s people have built. They’ve limited themselves to stock springs. The springs we used were Comp Cam springs.” 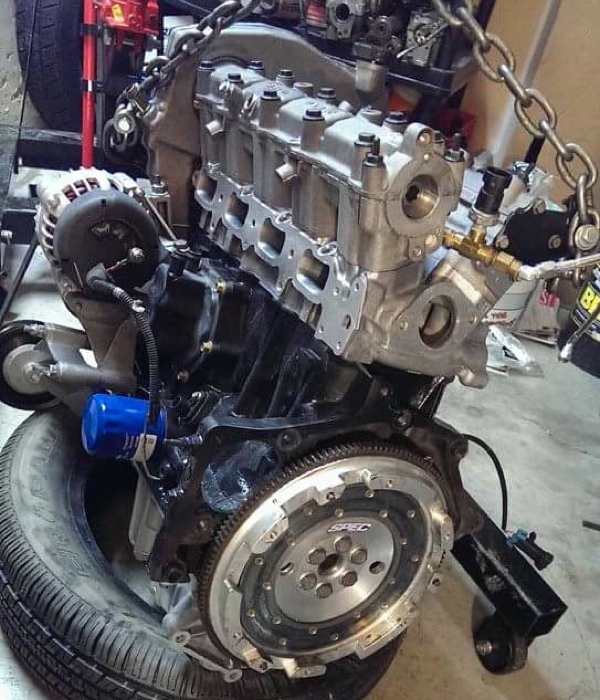 The camshafts are modified stock camshafts because again there’s not a lot available for the LD9, according to Norry. The cylinder heads are stock cylinder heads with a five-angle valve job and ported by Brady, who also ported the stock intake manifold. 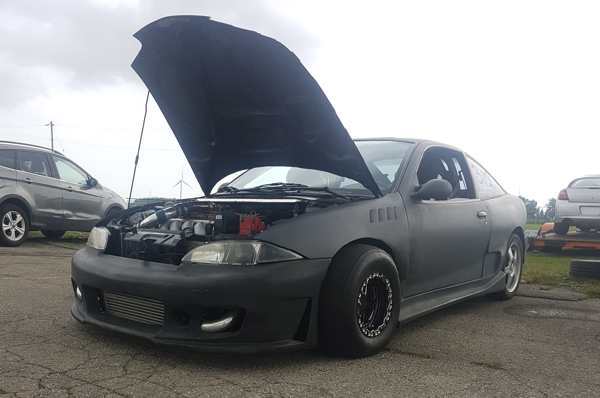 Brady’s turbocharged LD9 Oldsmobile Quad 4 engine was getting 156 hp per cylinder compared to a stock LD9 that GM rated at 155 hp total from the factory.

“He’s making over four times the horsepower that it did when it was stock,” Norry says. “One cylinder is making one horsepower more than the complete motor did stock.”

Since Norry completed this engine Brady has done a bunch of upgrades to the fuel system and the fuel rails have been bored out a little larger so that there’s better flow to the injectors.

“That’s taken care of the lean problem that he had,” he says. “Today, with those additional upgrades, Brady’s LD9 turns out more than 700 hp.”