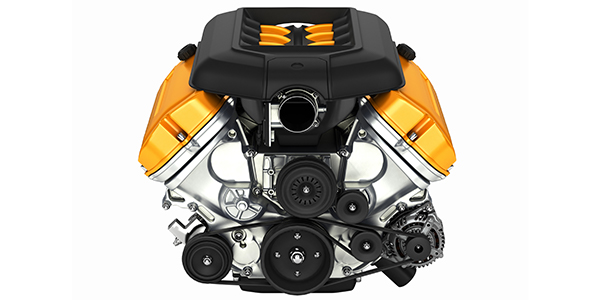 My wife has a weekly subscription to a London-based magazine called The Economist. The magazine has been around since 1843 and exists to take part in “a severe contest between intelligence, which presses forward, and an unworthy, timid ignorance obstructing our progress.”

My wife has a weekly subscription to a London-based magazine called The Economist. The magazine has been around since 1843 and exists to take part in “a severe contest between intelligence, which presses forward, and an unworthy, timid ignorance obstructing our progress.”

The cover of the magazine for August 12-18, 2017 was titled “Roadkill” and showed a photo of the internal combustion engine. It’s no secret to anyone anymore that automakers are, and have been, focusing efforts on hybrid, electric and self-driving vehicles. However, some of the predictions that exist about when these changes will be significant enough to push aside the mighty internal combustion engine seem to me to be unrealistic.

For instance, it’s optimistically claimed that by 2025 electric vehicles will make up 14% of global car sales, up from 1% today. While forecasts vary, this seems like a hefty goal in just 7-8 years. And from our standpoint, is 14% of global sales really that threatening to the internal combustion engine?

For some countries such as Britain, 2050 has been earmarked as a date when automakers should be producing only electric vehicles (new cars) in order to be zero emissions. Again, 33 years sounds, on paper, like it could be enough time to make these large changes, but there are a lot of other factors at play beyond just the public’s willingness to change to electric vehicles.

Today, there are around 1 billion cars on the road, almost all powered by fossil fuels. How many of you have seen electric charging stations while traveling? I’ve seen very, very few. The infrastructure needed to support a transition away from gas-powered vehicles is still very far away.

And then there is oil. Roughly two-thirds of oil consumption in America is on the roads, and a fair amount of the rest goes into refining gas and diesel. The oil industry is divided about when peak demand could happen, but the amount of available resources are greater than needed, especially if electric vehicles do begin to encroach on gas-power.

Let’s also not forget that these predictions surround new cars and those powerplants, not those typically covered in the pages of Engine Builder, which are generally older or for other applications beside daily driving.

That leads me to my next point – what the article in The Economist fails to get into is what we at Engine Builder care about most, the rebuilding industry, and its affiliated industries. Marine, aviation, racing, and many more industries are all dependent on the internal combustion engine, and it doesn’t seem to be going away anytime soon. Outside of new car sales, have you heard much about electric creeping into these areas? I haven’t.

While electric engines can deliver a lot of torque and reach high speeds, who among us wants to watch, or listen, to a silent NASCAR race at the Daytona 500? What about silent, quarter-mile drag runs? No. You want the roar of the engines and that smell only delivered by the good old internal combustion engine.

The other factor, merely brushed over in The Economist article, was the fact that all of this change would need some heavy help from policymakers. I’ll pause here and let that sink in! Given the current state of government, at least here in America, we have A LOT of matters to worry about that are more pressing than further developing electric vehicles/engines and that infrastructure in lieu of the internal combustion engine and what is already in place.

Is the End in Sight for the Internal Combustion Engine?