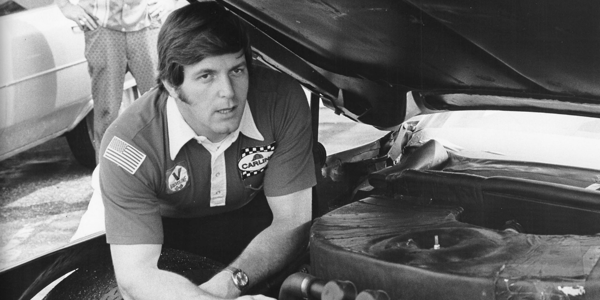 Robert Yates has one of the most glittering NASCAR résumés you’ll find in the sport. As an engine builder, he boasts 77 race wins. As a team owner, he’s collected 57 more checkered flags. His teams have won the Daytona 500 five times and collected a Cup Series championship.

Robert Yates, a racing and engine building icon, died Monday, October 2, 2017 after battling liver cancer. He was 74. Following this news, we felt it fitting to share the story of how Robert and his engine company rose to racing fame, joined forces with Jack Roush, and created Roush Yates Engines.

Doug Yates, who is president and CEO of Roush Yates Engines today has always been drawn to engines, and rightfully so as his dad was one of the best engine builders in North Carolina – which meant he was one of the best in the country. Robert started his career working for Holman Moody, building engines for Ford NASCAR teams, and from there went to work as engine builder for racing legend Junior Johnson. For Robert, it wasn’t just a job, it was an all-consuming passion. 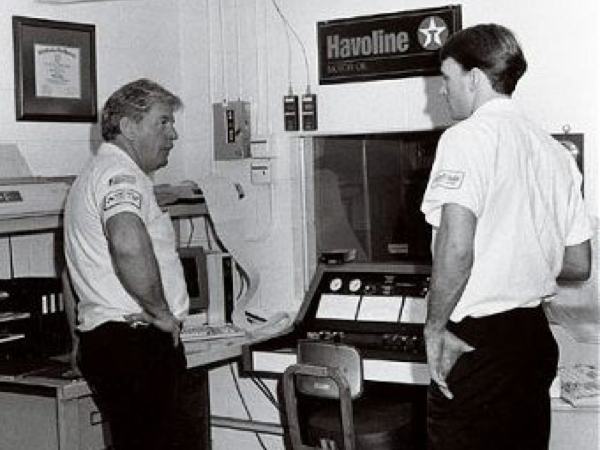 Robert and Doug discuss dynamometer testing at the original Robert Yates Racing shop in Charlotte, N.C., in 1991. Photo courtesy of the Yates Family.

Robert has one of the most glittering NASCAR résumés you’ll find in the sport. As an engine builder, he boasts 77 race wins. As a team owner, he’s collected 57 more checkered flags. His teams have won the Daytona 500 five times and collected a Cup Series championship. The list of drivers who have benefitted from his expertise includes legendary names like Junior Johnson, Bobby Allison, Cale Yarborough, Richard Petty, Dale Jarrett, and more.

In 2017, he was elected to join the 2018 class at the NASCAR Hall of Fame – an honor many feel was long overdue. He’s a NASCAR legend, to be sure. But to Doug growing up, he was just dad.

“To spend time with my dad, I would go back to the shop with him at night,” Doug recalls. “He would come home to eat dinner and go back to the shop. I would go down there and hang out with him, and do whatever project he would give to me, sorting nuts and bolts or whatever. He would work literally all night long. Lots of times I would spend the night there on the cot and hang out with him. Those are some of my first memories of spending time with my dad and around engines.”

In 1984, the summer before his senior year, his dad opened his own engine shop, and Doug joined the family business.

THE POWER OF TWO

The question isn’t if Jack Roush will join Robert in the NASCAR Hall of Fame, but how soon. Because few people have made a bigger impact on NASCAR than the man affectionately known as “The Cat in the Hat.”

As a car owner, Roush has won two Monster Energy NASCAR Cup Series (formerly Sprint Cup) championships, five Xfinity Series (formerly Nationwide) titles, and one Camping World Truck Series championship. All in all, since 1988 his teams have won well over 300 NASCAR victories in the three series, making him the winningest owner in NASCAR history.

In 2003, Toyota was getting ready to bring their racing program to NASCAR’s premier racing series. The Ford teams knew Toyota would provide some stiff new competition, and they wanted to be ready to keep them at bay. Could an unlikely partnership between two intense rivals be the answer? They both worked on Ford engines, but for competing teams in the win-at-all-costs world of racing.

“Most people said it wouldn’t work,” Doug recalls, “because Jack and my dad were very fierce competitors.” 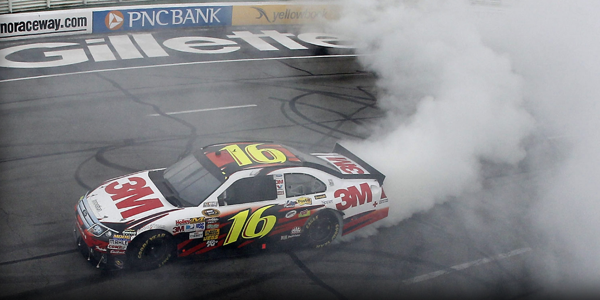 The two teams had their differences over the years, but also realized the great potential a combined effort had to offer.

“We approached Jack in Atlanta,” Doug says, “with three remaining races in the 2003 season and said, ‘Hey, what do you think of putting our engine companies together?’ I can’t remember if they shook hands right there, but the very next week we had a deal.”

Less than three months later, in the first Cup Series race for the new team, two Roush Yates Engines-powered cars, driven by Greg Biffle (from the original Roush Racing team) and Elliott Sadler (from the Robert Yates Racing team), were sitting side-by-side on the front row of the Daytona 500. 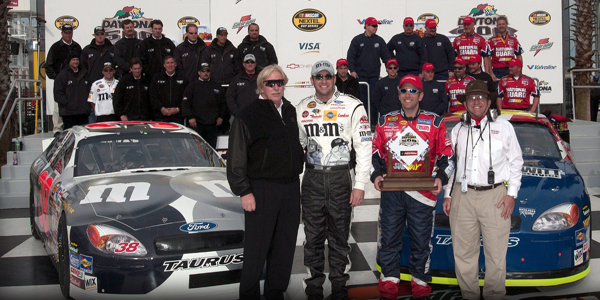 “To win the pole at the Daytona 500 is hard to do,” Doug says. “But getting two cars in the front row, first and second, is incredibly hard. That was one of my proudest moments in racing.”

It was a great start to what would prove to be a winning partnership.

It would only get better from there… 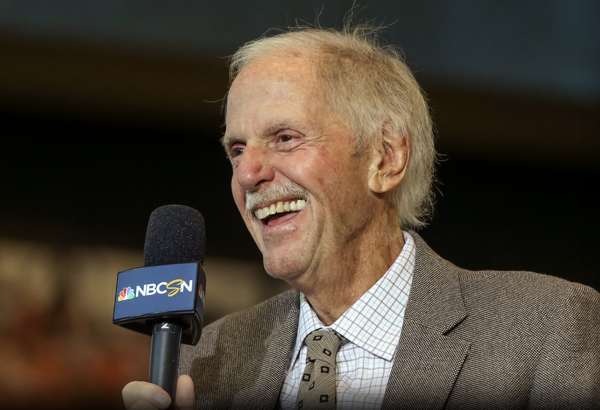 Robert was inducted into the NASCAR Hall of Fame in 2017 as a member of the 2018 class.

The Story of Robert Yates, Roush Yates Engines, and NASCAR