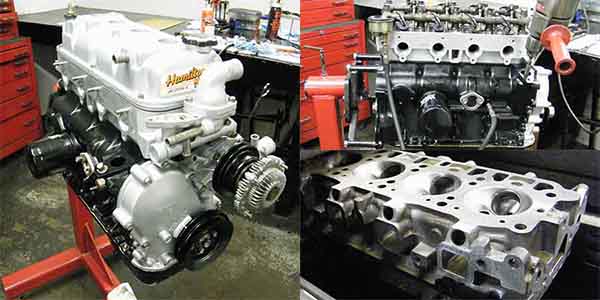 Not one to limit his engine prowess, James Hamilton Jr. of Hamilton Performance Engines doesn’t only work on marine, drag race, or street engines. He stays profitable by knowing how to work on all engines. In that effort, he got straight to work on this 1.8L Toyota 3TC engine.

Like many engine builders in business today, James Hamilton Jr. doesn’t only build boat engines or drag race engines or street engines. He builds them all. In his shop right now is an LS1 engine for a 1969 Chevy pickup, a couple of Flathead Fords and a Toyota 3TC, among others.

“I’ve got a variety of stuff sitting around here all the time,” says Hamilton, owner of Hamilton Performance Engines in Lake Station, IN. “One day I’m working on a 355 for a dirt modified, the next I’m working on a 430 for whatever, and the next day it could be a Toyota. There’s always a bunch of engines going on at the same time. If I wasn’t versatile I’d probably go broke.” 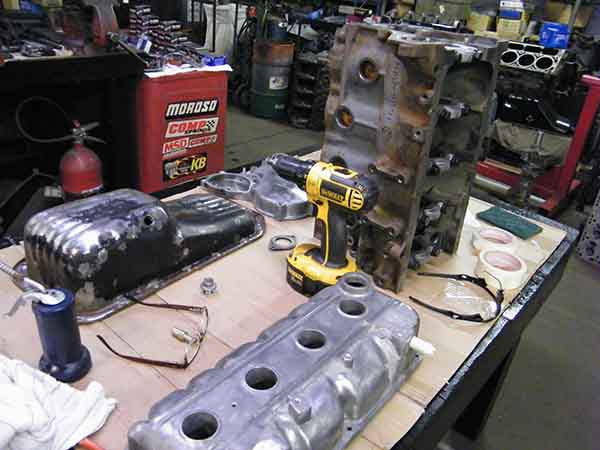 These days you’ve got to know it all, or at least not be afraid to try. Hamilton knows this fact well since at just 10 years old in 1969 he went to work at his father’s local gas station. His father was a mechanic, as was his grandfather. All Hamilton has ever known is engines. At just 13 years old he could rebuild carburetors, and by the time he was 15, he was rebuilding transmissions. 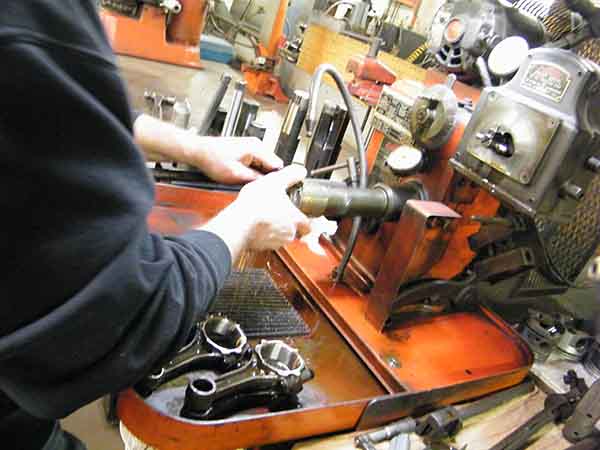 “I’ve never done anything else,” Hamilton says. “Back then when I was 15 or 16 years old, we had a valve grinder in a back room of the service station and we did our own valve jobs there. We couldn’t put guides in or resurface the heads, but we did grind valves and seats for a real basic, simple valve job.” 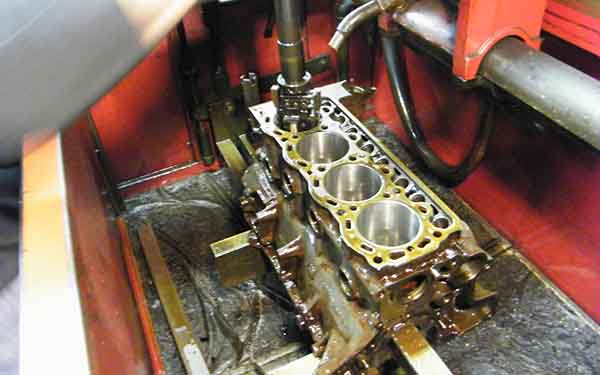 In 1987, James’ dad wanted to start buying equipment to do machine work beyond the valve grinding. As it turned out, James ended up buying the equipment and setting out on his own in September that year to open Hamilton Performance Engines.

“I’ve been in business ever since,” he says. “This past September we celebrated 30 years of business.” 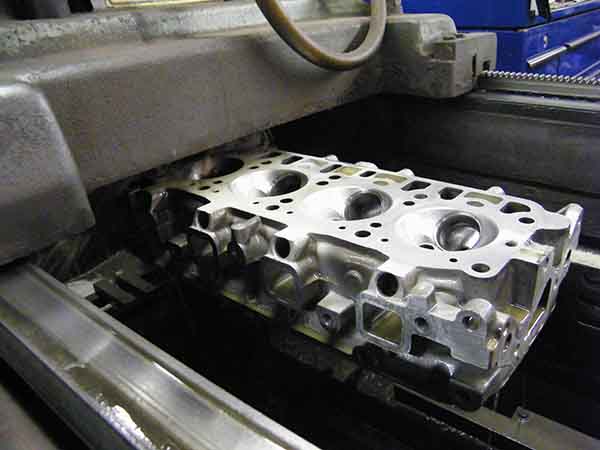 Hamilton Performance Engines is a full machine shop capable of doing most things in-house with the exception of crank grinding and align honing. The shop consists of James and his wife Jeannette, and their son, who comes in three days a week. James enjoys doing the work himself.

“I don’t have to worry about looking over somebody else’s shoulder,” he says. “I don’t have to walk around at 8 pm putting post-it notes on something to say, ‘Look at this. Check this. Do this.’ Whatever gets done I do it.” 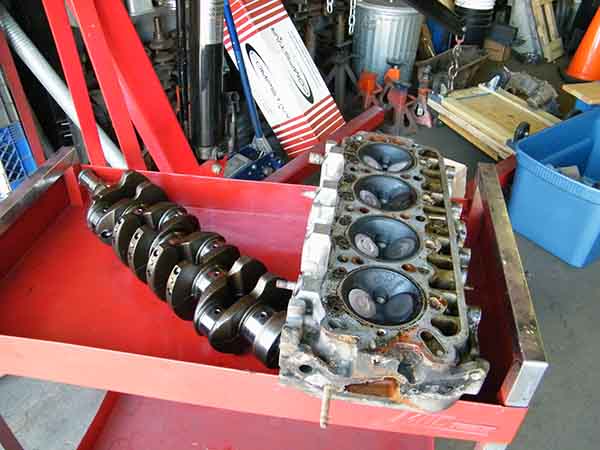 One of those recent engine projects is a 1981 Toyota 3TC 1.8L engine. The customer found Hamilton Performance Engines on social media thanks to strong marketing efforts from Jeannette.

“For every engine we build we create what I would call a baby book,” Hamilton says. “Jeannette takes pictures of each engine when they come in, and then she goes through and takes pictures as the engine is coming apart. She’ll take close ups of things I find wrong. She’ll photograph the machine work and assembly. These pictures go all the way through the finished product. That way, when the client gets the engine, he gets to see each and every step. He’s got photo documentation versus an invoice that says you got this, this and this.” 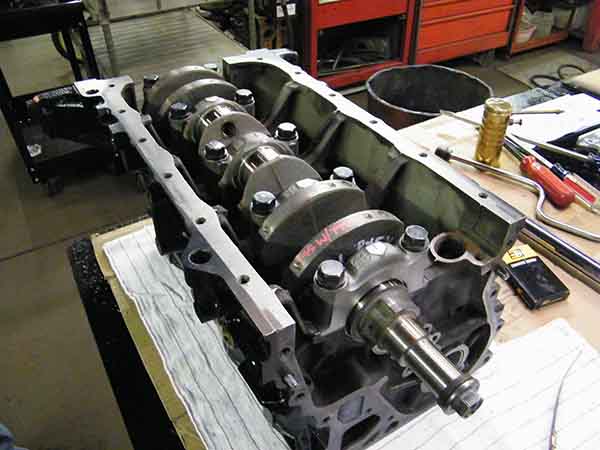 The Toyota 3TC 1.8L got the photo treatment as well when the customer brought in the engine for machine work.

“He came in wanting to do work on the engine and told me what he wants and expects and what he’d like to see happen,” Hamilton says. “I worked through the design with him and budget concerns to get started. We always try to work with the customer.” 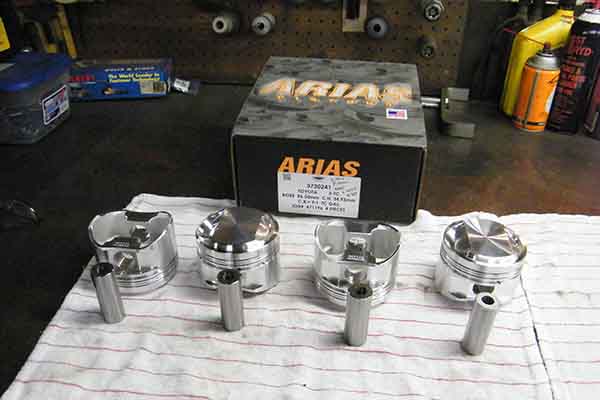 Initially, the job came in for basic machine work on the block, the crank, a set of rods and cylinder head work. The customer wanted Hamilton Performance Engines to do the necessary degreasing and bore the block and so on and so on. The customer then asked if Hamilton would consider putting the engine together.

“It ended up turning into an assembly,” he says. “Judging by the way the engine looked, it didn’t look like it had a lot of problems, but he wanted to make upgrades. 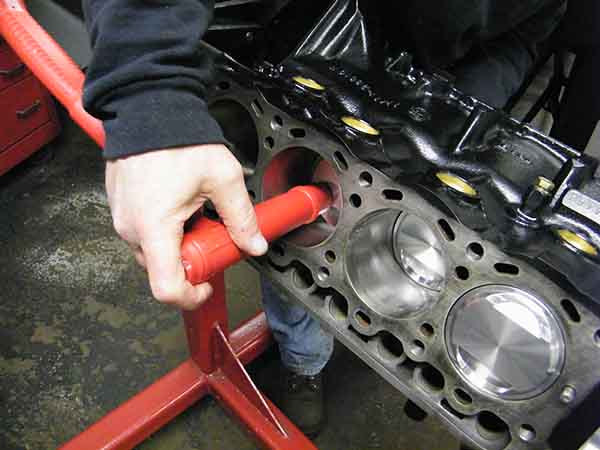 We put in Isky cams, Arias pistons, a little more compression ratio, did work on the cylinder head in terms of the runners and the bowl area, to allow for some mild performance upgrades. We did some basic enhancements, and the customer wants to add fuel injection on it versus the carburetor that came on it.” 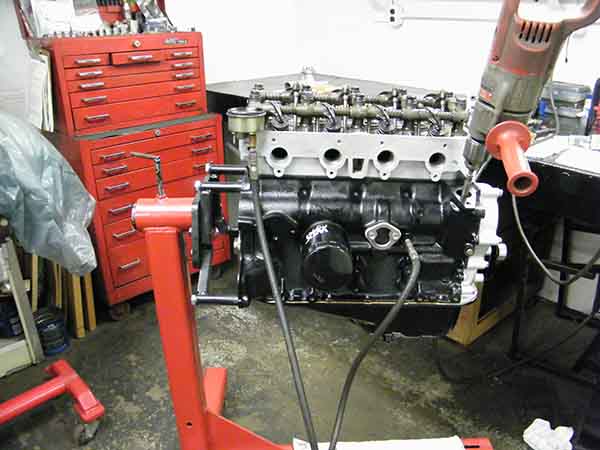 The compression ratio, which was at 8:1, got increased to 9:1 thanks to the piston change and cutting the head a little bit.

“It was a real mild increase and perfectly safe for pump gas,” he says. “We tried to create a little more low-end torque with the engine, which is good for what he’s doing. He isn’t drag racing or going to Bonneville, he just wanted something that will run well.” 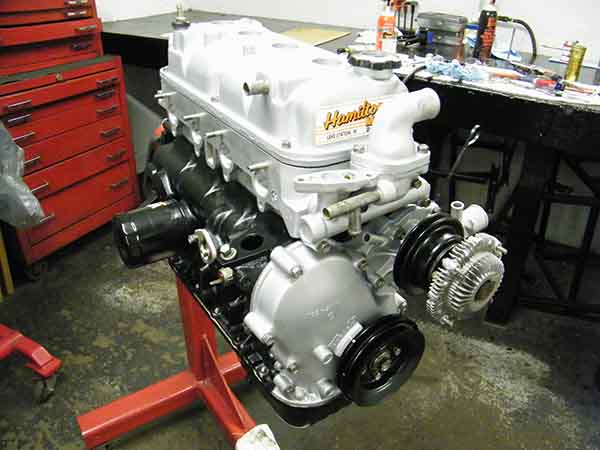 This engine straight from Toyota in 1981 offered around 75-80 horsepower. After Hamilton Performance Engines got done with it, James estimates the engine should put out roughly 100 horses – plenty of giddy-up for a little engine. 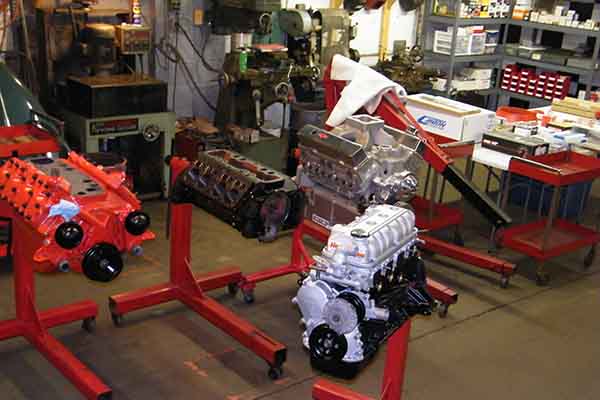 Advertisement
In this article:Cometic Gasket, Engine of the Week, Hamilton Performance Engines, Toyota