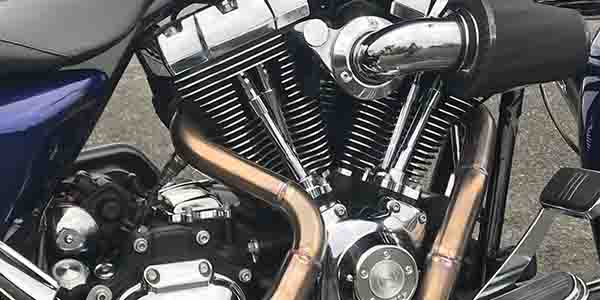 As one of the youngest people to ever reach Harley-Davidson’s Master Technician level, Marty Smestad of Capitol Speed Shop knows a thing or two about V-Twin work. He recently took parts from a 2007 Road King and 2015 Street Glide to build a customer a Harley-Davidson Twin Cam 107cid engine.

At just 23 years old, Marty Smestad became one of the youngest people ever to reach Harley-Davidson’s Master Technician level. He also attended Motorcycle Mechanics Institute in Phoenix straight out of high school to focus on Harley and Honda engine work. That background has allowed Marty to get dealership jobs in Alaska, Australia, North Dakota, and Seattle. After roughly 10 years under his belt, Marty has remained in the Seattle area and opened his own shop back in December 2014. 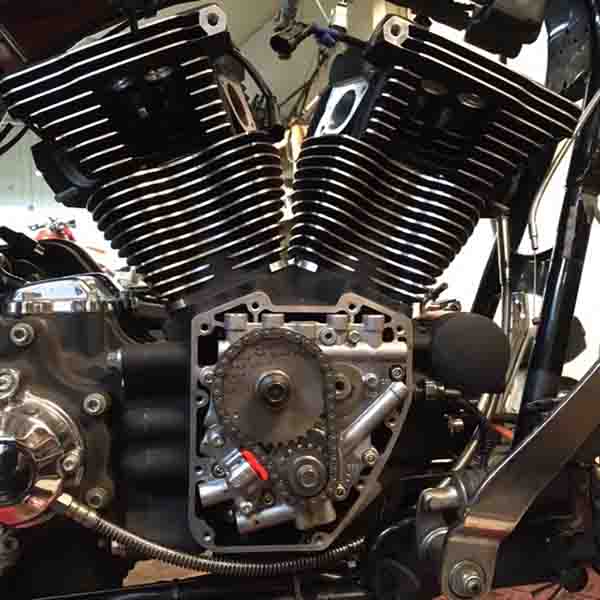 “I do a lot of dyno tuning,” Smestad says. “There’s a dyno that I use off site and I’ve been doing that for about 10 years. That’s why I’ve been hired in so many different dealerships around the country and around the world. When they need a dyno tuner that’s one of my main specialties.” 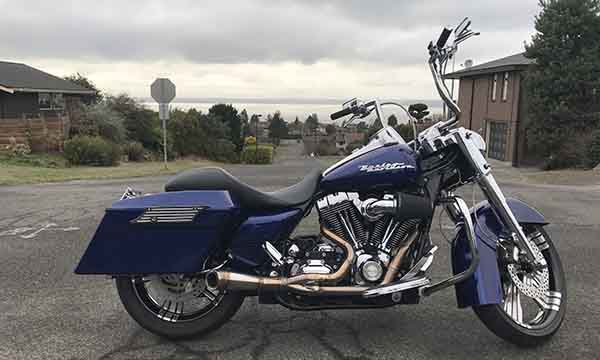 Marty is always on the lookout for motorcycle parts and ways he can build a better engine. One such opportunity recently presented itself when Marty noticed a Craigslist ad for a 2015 Harley-Davidson Street Glide top end that was for sale. It was a stock 103cid engine with (3.875˝ bore) cast pistons, cylinders and heads with automatic compression releases. 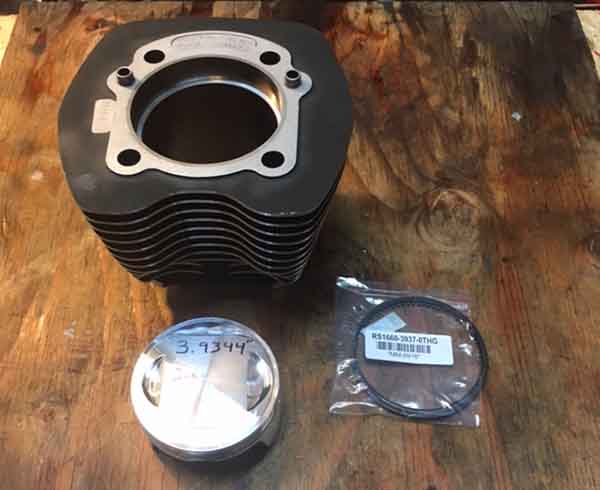 As it turned out, this bike belonged to a man named Russell, a local VP of a tugboat company. Russell quickly became one of Capitol Speed Shop’s newest customers.

“He had the top end of that bike for sale and I was trying to purchase it from him, and then I convinced him to install it on his 2007 Road King,” Smestad says. “It was just going to be a stock, bolt-on situation. However, Russell was interested in a bit more power.” 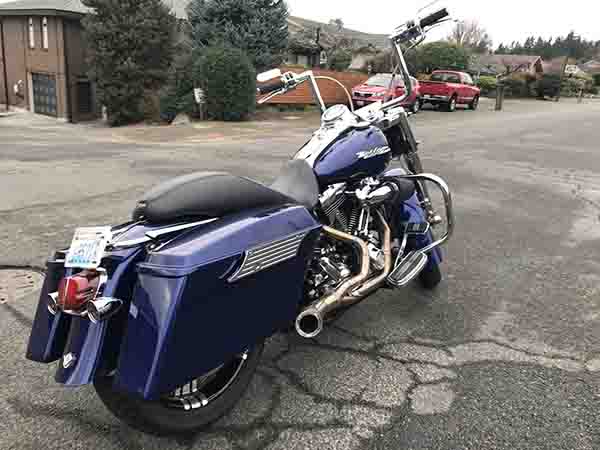 Russell’s 2007 Road King had a stock 96cid engine and he had the top end from his 103cid engine that he had just taken apart to do an upgrade to. He was trying to reuse some old parts to make his existing bike go faster.

Marty got to work disassembling and measuring the engine. He quickly discovered that the output shaft and pinion shaft runout on the stock 4.375˝ stroke crank was excessive and needed to be trued. 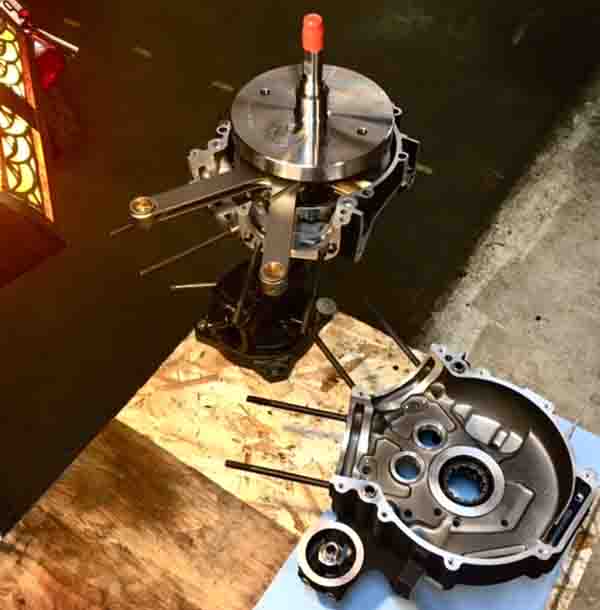 “I sent the stock crank to Darkhorse Crankworks for inspection hoping they could rebuild, balance and true it,” he says. “Unfortunately, the output shaft was bent and it couldn’t be repaired. We went ahead and got him an S&S 4.375˝ stroke crankshaft. Then, Darkhorse Crankworks does what they call their Man-O-War service, which is their 7.670˝ H-beam rods, balanced, welded and trued crank. This set up features 114% stronger pinion and output shafts.” 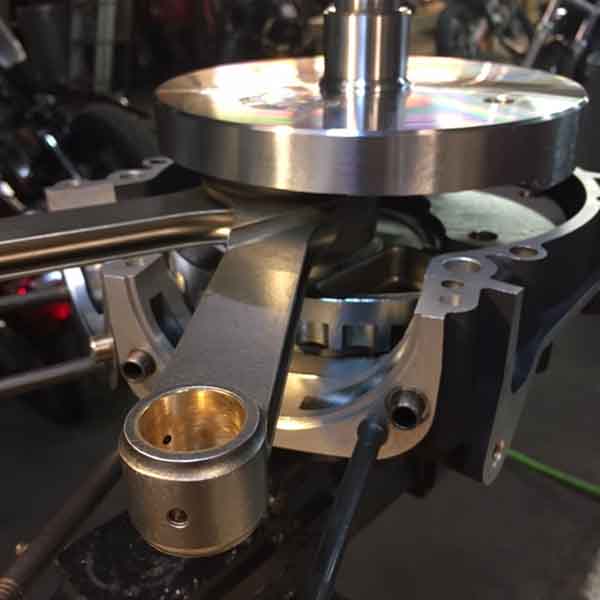 According to Marty, Darkhorse is one of the few companies in the country that will take a Harley twin cam flywheel apart. To do so you need a 30-ton press and a jig.

Marty also found that the bike had a weak left main bearing that wasn’t pressed onto a flywheel. Marty knew of a conversion you can do on those to two pressed-on tapered Timken bearings. 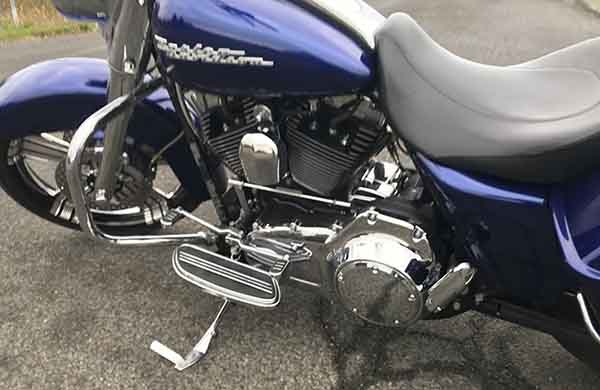 When Marty discovered the bent crankshaft and weak main bearing situation, he insisted Russell allow him to build his engine properly, replacing stock pistons for forged pistons and better parts, turning this engine into a Harley-Davidson Twin Cam 107cid engine.

“The left main bearing was upgraded from a single roller bearing to a dual-tapered Timken bearing setup,” he says. “I did that here in the shop and then we figured while we’re at it we might as well do a big bore. So we got CP-Carrillo pistons and bored his cylinders. I did the head work to match the 107 and ported his throttle body. I probably had about 40 hours into that job.” 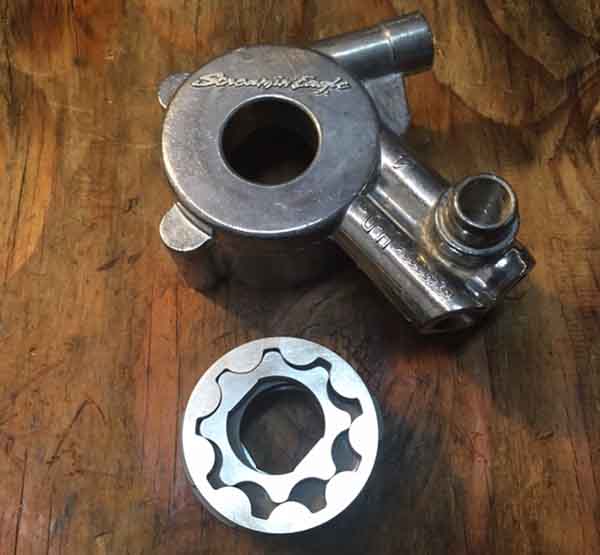 Smestad convinced Russell to bore his stock cylinders to accept 3.9344˝ forged pistons from CP-Carrillo. At 107cid, which is the largest big bore option for the stock cylinders, the pistons have a 3cc dome, which creates a 10.75:1 static compression ratio with stock combustion chambers. 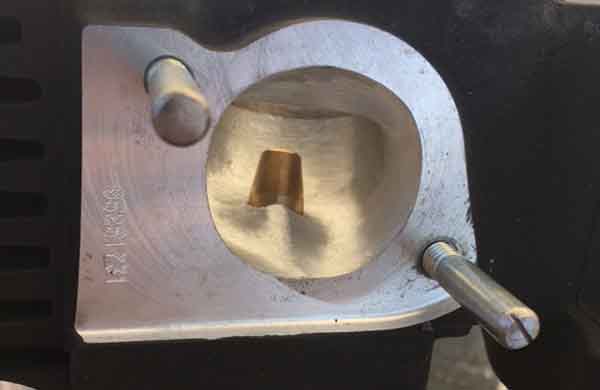 Marty did all the head work and ported for oversized valves. The valves were upgraded to 1.900˝ intake and 1.630˝ exhaust nitride stainless valves with manganese bronze guides, all from Kibblewhite.

Instead of adjustable pushrods, which are common on twin cam builds, Smestad used custom .090˝ wall pushrods from Manton and set each length individually. 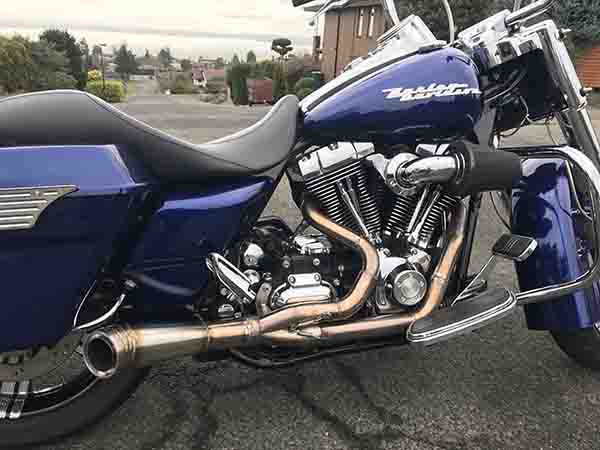 “I have Manton cut-to-fit push rods in there,” Smestad says. “I made custom-length pushrods and trimmed them on the lathe and put the ends in them.”

To make this build as strong and reliable as possible, Marty made sure to choose the correct parts, which included a high-volume Harley-Davidson Screamin’ Eagle oil pump, a Baisley high-performance oil bypass spring designed by Mike Stegmann of Latus Motors in Portland, S&S high-performance lifters, a set of T5S07 camshafts from Leineweber, and gaskets from Cometic.

“I’m actually a Cometic dealer,” he says. “This engine has a .030˝ MLS head gasket and then full Cometic engine and primary gaskets.” 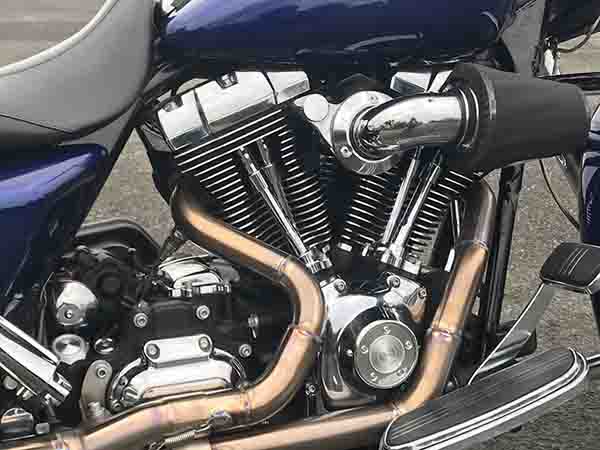 “This engine actually turned out to be a nice, strong, little build,” Smestad says. “Russell’s pretty happy with it and I’m trying to talk him into taking it to the drag strip.”

And why not? After being tuned by Marty using a Dynojet Power Vision tuner and Dynojet dyno, this Harley-Davidson Twin Cam 107cid engine is putting out 115 hp and 120 lb.-ft. of torque.