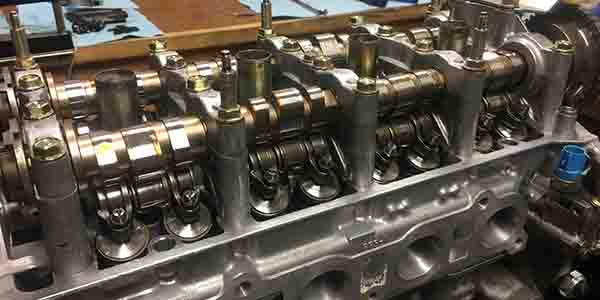 Once you’re a Honda guy, always a Honda guy. At least that’s the case for Ken Rodcharoen of Ken’s Race Engines. His Walnut, CA shop specializes in Honda/Acura work like this K24 engine for an Acura RSX Type S.

We first met Ken Rodcharoen in Indianapolis during our Rock Bottom Brewery Pre-PRI Party. Ken was in town to attend the annual industry trade show. It wasn’t until later on that we learned Ken actually has a background in recording technology, which is quite the opposite of engine building. While his focus was on recording during his college days, Ken has always been into cars, and it turned out, with the help of his brother, that engine building was a natural progression for him. 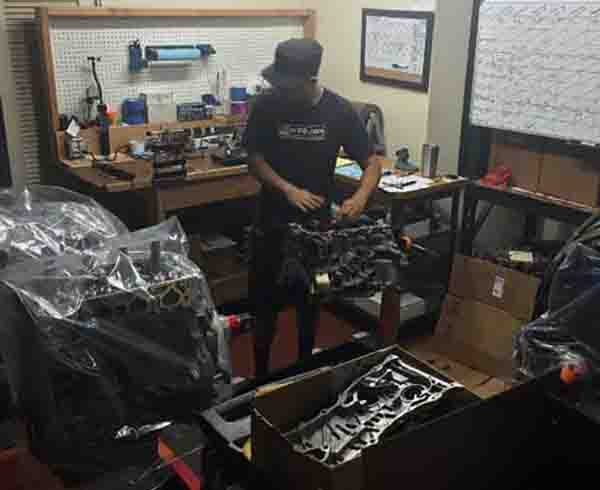 “I was always into show cars and that moved on to actually figuring out what engines are in what Hondas,” Rodcharoen says. “I’ve always been a big Honda guy my whole life. I started working with my brother at a machine shop and… I started getting interested in micrometers. That kind of snowballed into bearing clearances, ring end gaps and piston-to-wall clearance. Then I started figuring out and understanding compression ratios more and realizing what gains you can get from porting a cylinder head or degreeing cams and so on. It all snowballed from there.” 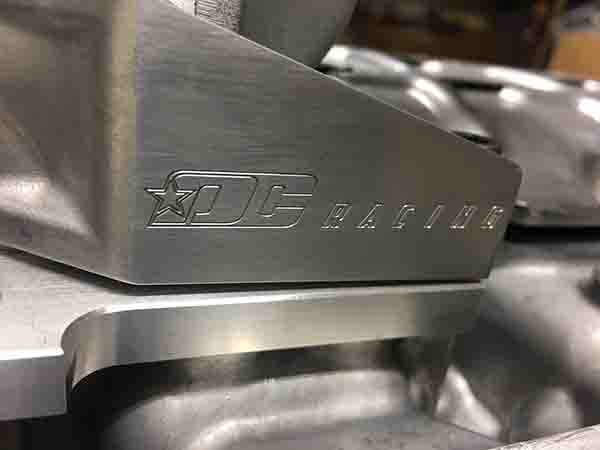 Ken and his brother soon realized that it was time for them to go into business for themselves. They opened Ken’s Race Engines in Walnut, CA in May 2015. The shop specializes in Honda/Acura and import engine work.

Recently, a customer reached out to Ken through email about doing work on his Acura RSX Type S engine. 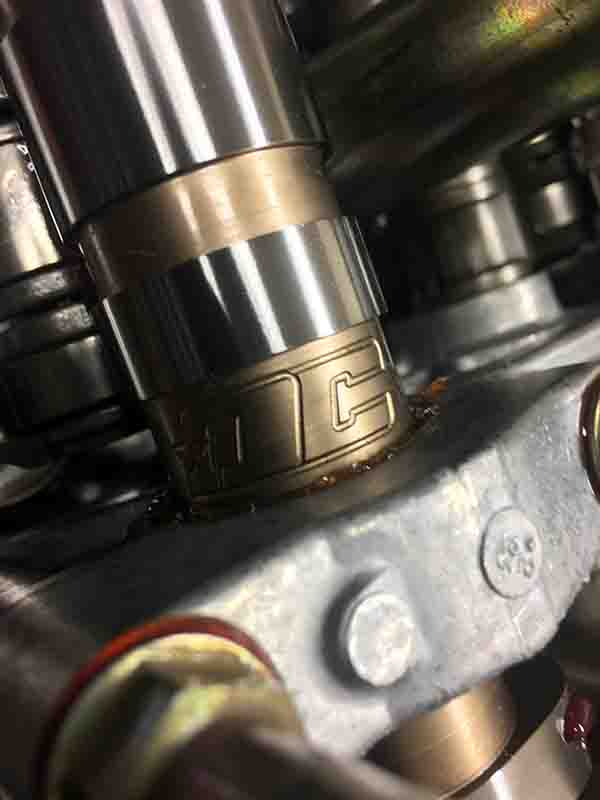 “We went back and forth on what he wanted to do, either stick to using a 2L or K20 bottom end, or get a K24,” Rodcharoen says. “His original block had a nice hole in it because it chucked a rod. So I told him if you want a little more power and a little more low-end torque go with the K24, the 2.4L. The only downside is you’re going to be limited on your rev. Instead of revving to 9,000 rpm, you’re going to lower it down to 8,300 to 8,500 rpm.” 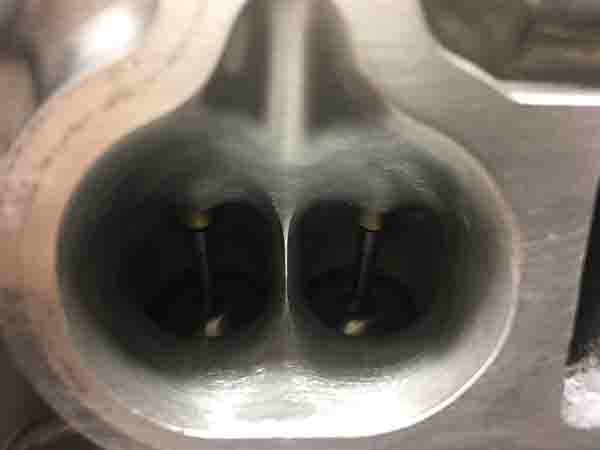 The customer agreed the K24 was the way to go and Ken worked with him to get the right parts to do the job well.

“The entire long block was based around the customer working with me and asking what I need for the setup and what parts I recommend,” he says. “He wanted a set up that he could drive on the street, but also take out to a road course.”

The long block and cylinder head is original to the customer’s car, but the bottom end is what Ken focused on. 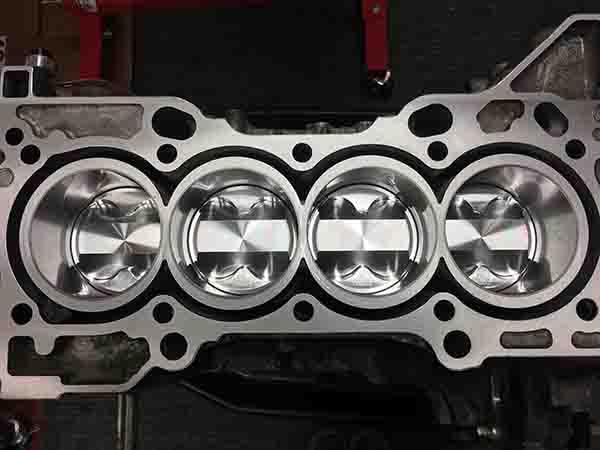 “It’s going to be a NA set up on E85,” he says. “It has a Ferrea valve train in it. It’s been ported and polished. All my cylinder head work I have done at Port Flow over in Harbor City, CA. The valve job is a CNC valve job done on a Newen. Bottom end-wise it’s literally a piston and rod motor with a bore, deck and hone.” 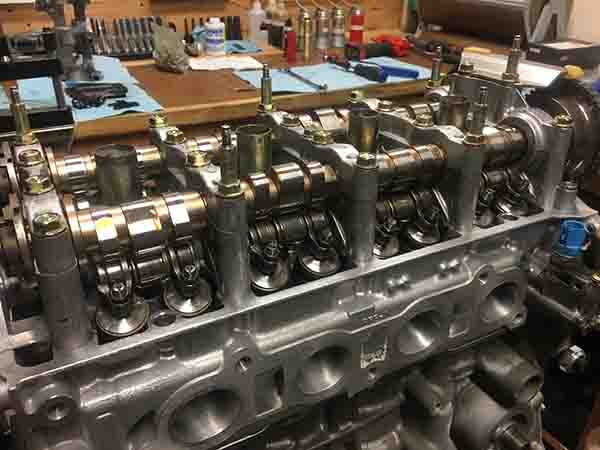 “Crower has a Pro Series, which has an ARP 625 plus bolt and then the Sportsman rods are similar but have an ARP 2000 bolt,” Rodcharoen says. “Because it has a different bolt, the power rating on it is a little less. What I have on this K24 is the lightweight version of the Sportsman rod. There’s weight taken off certain areas on the connecting rod to make it a little lighter than the Sportsman so it’s more suited for an all-motor setup like what I’m doing.”

According to Ken, the camshafts used are not very high lift since they are meant for a street application. When the car is tuned it shouldn’t have a weird sounding idle, but rather sound relatively stock. 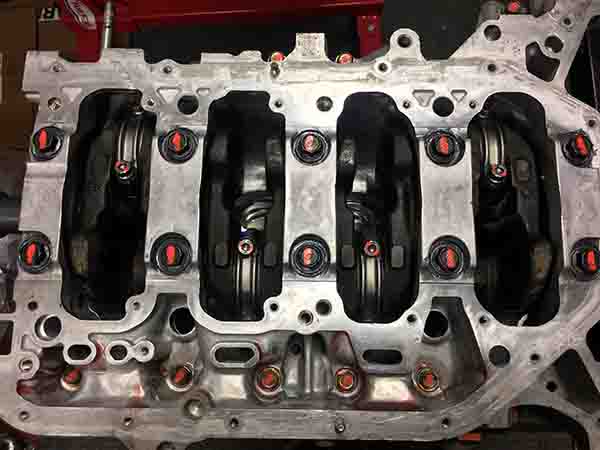 “We used Drag Cartel’s Endurance cams, which is the Elite Series,” he says. “It’s a .0543˝ lift camshaft with around 257-degrees of duration. The engine will have a 12.5:1 compression ratio and a stock Honda crankshaft. The stock Honda stuff works really good. The crank is still factory weighted too. I just do a check for straightness, balance and do a micro polish. In the process of the straightness check I get the crank magged as well, but I’ve never had an issue with any Honda cranks cracking. They’re pretty durable for what they are.”

For bearings on the rods and mains Ken turns to King Bearings.

“I’ve been using them for years now and they’ve never let me down in terms of clearance and quality,” he says. I use them in my race engines and I use them in a lot of street engines as well and they hold up.” 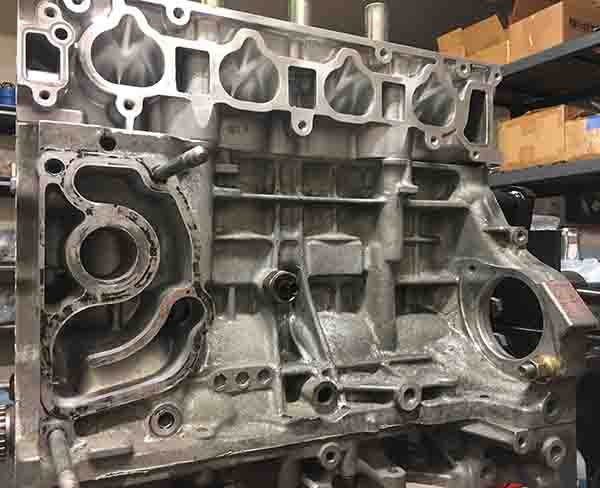 Before Ken puts the finishing touches on an engine, he typically likes to degree the camshafts. However, on this K24 he wasn’t able.

“On this one I can’t adjust the camshafts at all because they’re still using the factory VTC intake gear, which will advance the intake anywhere up to 50 degrees, which is very standard on a lot of these newer Honda K-series engines,” he says. “What I did to avoid any type of piston or valve issue was put a limiter pin in it. So it’s going to be limited down to 30 degrees rather than going to the full 50.”

Once Ken has put his final stamp of approval on this K24 engine, it should deliver roughly 290 hp and 195 lb.-ft. of torque, plenty of giddy up on the street or road course.