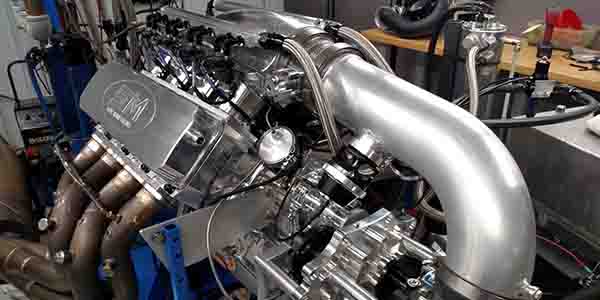 Steve Morris and his shop, Steve Morris Engines, specialize in boosted, supercharged and turbocharged engines, and only build motors with more than 1,000 hp! This 481X Top Sportsman engine is no exception. Find out what went into making this 3,500 hp powerplant.

Steve Morris is an engine builder who doesn’t need an introduction these days. Not too long ago, his engine shop, Steve Morris Engines in Muskegon, MI, built the Devel Sixteen – a V16 5,007 hp engine that cemented him as an elite builder of boosted, supercharged and turbocharged engines. Today, his shop only builds engines that are more than 1,000 hp. 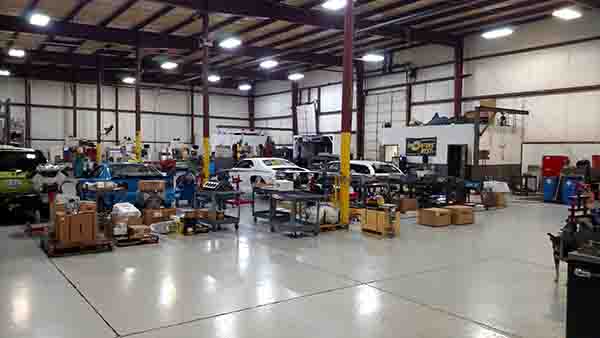 To reach the pinnacle of his craft however, Steve has been gaining experience in the industry ever since high school.

“I have never done anything else from high school on,” Morris says. “I went right from high school to Fair State University, which had an automotive machine program and as soon as I left there, I went to work for a local shop.”

In 1995, Steve went to work at Dart Cylinder Heads in the Pro Stock engine program. This was in the day when McDonald’s was sponsoring NHRA, so Steve helped build engines for Jim Yates. 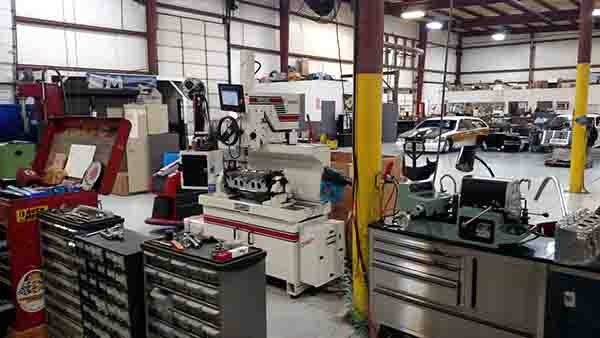 “I gained a lot of experience there,” he says. “In fact, that’s probably where I gained a vast majority of my startup experience. I worked there for a few years and then decided I wanted to go out on my own.”

Steve opened Steve Morris Engines (SME), but found himself shackled by a couple bad partnerships. It wasn’t until 2010 that Steve was able to buy everybody out so he could truly have his own shop to run how he wanted.

“I just wanted to do it all on my own,” he says. “I bought everybody out and paid everybody off and I was 100 percent by myself to make my own decisions.” 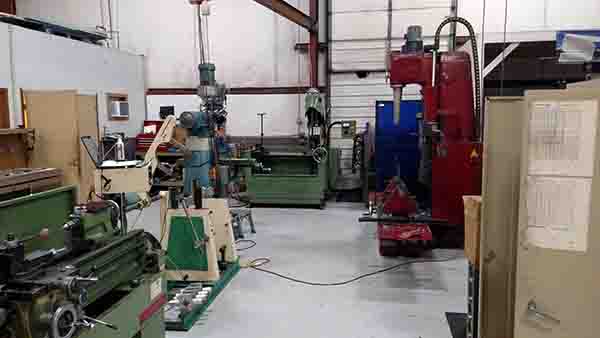 One of those decisions was to start dipping into the boosted market. Today, Steve Morris Engines specializes in all boosted motors, despite Steve’s prior experience in naturally aspirated NHRA Pro Stock.

“My niche has really been developed into boosted engines – centrifugal supercharged and turbocharged engines – and currently today we don’t do anything less than a 1,000 horsepower,” Morris says.

The engine shop has several full-time employees, but Steve still finds himself doing many of the different jobs on the engines. He admits that he is trying to delegate more of that recently. 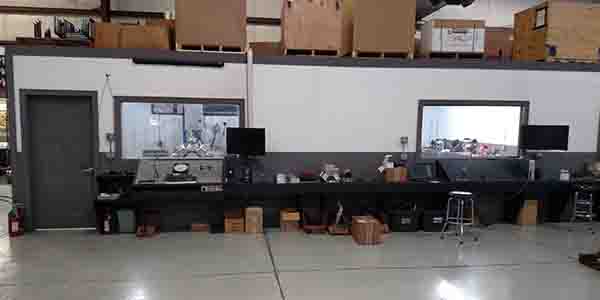 SME has two dynos. Steve says tuning at these high horsepower levels is one of the most critical parts of building their engines.

“I’m gradually trying to not touch every job that’s here,” he says. “There are some jobs that we’re getting into that I don’t have to touch. But the vast majority of things I still am intimately involved with, not only from the design side, but machining, and I’m still the only one who does any kind of dynoing or tuning.”

Steve Morris Engines has two engine dynos and one chassis dyno. Steve said he just bought another balancer and a 4-axis CNC machine for block work at the recent PRI Show. 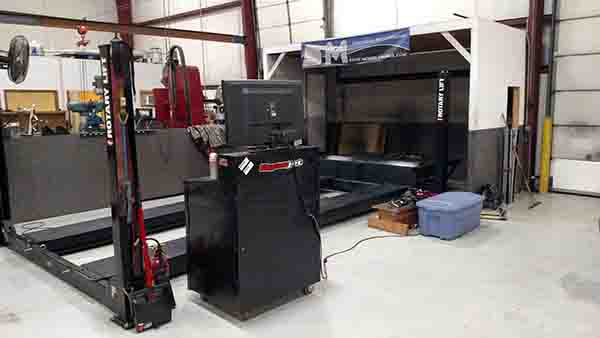 “We’re growing and moving,” he says. “I also have three 3-axis 40x20x20 machines. The original reason I even got into these machines was that I couldn’t get anybody to make parts. I had to have a simple little bracket or I had to have some simple thing and I just couldn’t get anybody to ever make anything. So I said the heck with it, I’ll just get my own machine. After I got one, then I got two and got a third one and they’re all three identical machines that keep parts going all the time. In case one breaks down I can rob from the other one.”

“I do everything in-house outside of crankshaft grinding and cylinder head porting,” he says. 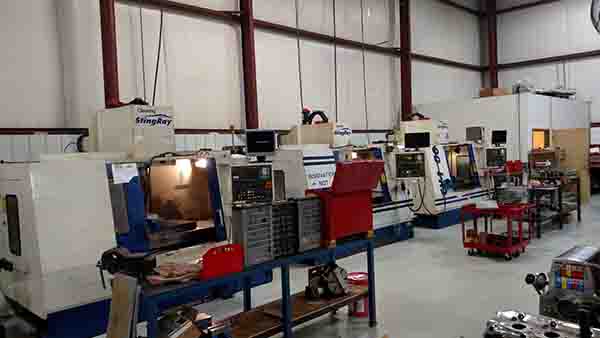 SME does a lot of CNC work.

One of his recent engine builds that he had at the PRI Show was a Pro Modified/Top Sportsman engine with the 481X platform.

“The 481X platform is a solid billet block and solid billet head,” Morris says. “This particular one has a Vortech supercharger on it, which is a gear-driven supercharger. The engine runs on methanol and has all of our componentry on it because I make the billet intake manifold, billet valve covers, bracketry and any kind of small fabrication work like that.” 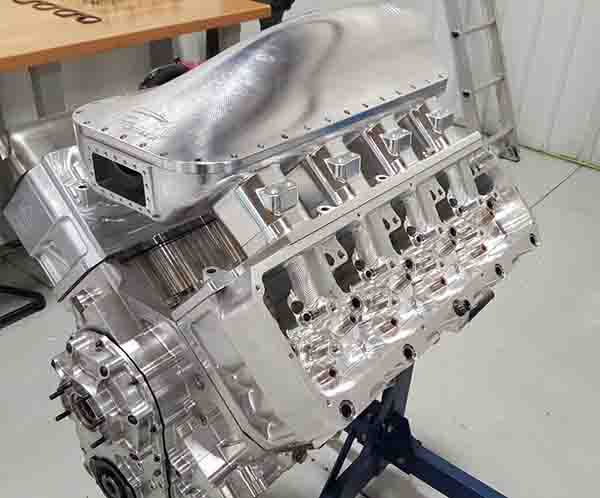 This Top Sportsman is a 3,500 horsepower Vortech engine. It’s an engine that Steve believes would be a real good option for fast grudge cars, fast Top Sportsman cars, or anybody who wants the best in a centrifugal supercharged piece. It’s both durable and dependable.

“We’ve worked on everything from the piston design to valve train stuff and a lot of it was really good to start with and we just try to make things better,” he says. “We use MGP connecting rods, Diamond or CP-Carrillo pistons, and Crower, Bryant or Callies crankshafts.” 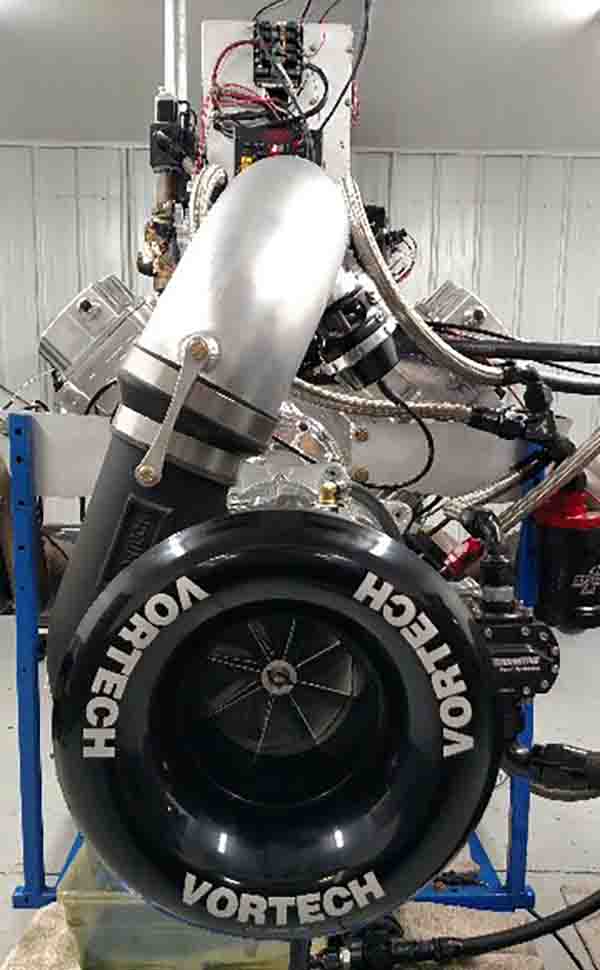 This motor has a Bryant crankshaft in it with MGP rods, Diamond pistons, King engine bearings and a Holley EFI system. It also has Steve’s camshaft profile.

“I don’t grind camshafts but I do all the design and profile work on them and then have the manufacturers grind them to my specifications,” he says. 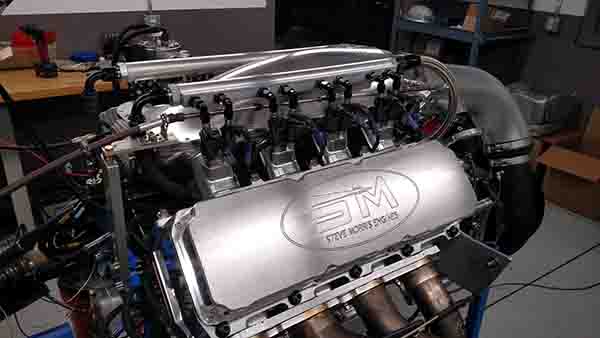 While the camshaft grinding is done outside the building, Steve does make the intake manifold and spends a lot of time designing and making that the way he wants.

While the shop has become quite good at this high-performance engine work, some things are still a struggle from time to time. 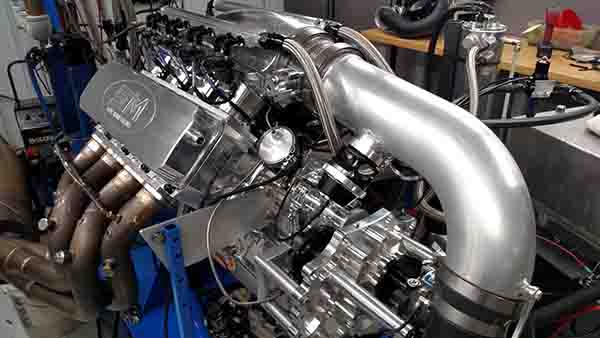 “I’ve had some issues with this engine on the dyno that are electrical related,” he says. “I’ve had this thing on the dyno for three weeks. By the time you get a part in and test it, get another part in and test it again and try to hunt down and diagnose problems, the engine ends up being on there forever. In an engine like this being dyno tested and tuned, I easily have 80-100 hours into it.”

Aside from the machine work on the block, balancing, modifications and assembly, the tune is one of the most critical elements for a high-horsepower engine like this one, which Steve says should be around 3,500 hp and 2,800 lb.-ft. of torque. 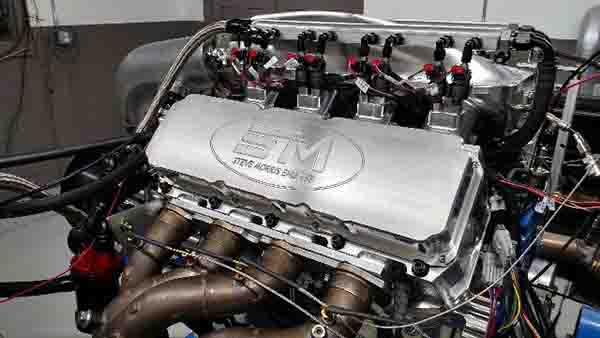 “The major deal is tuning at this kind of horsepower level,” Morris says. “There are very few people who actually dyno test and tune stuff at this horsepower level. We are always offering and work with people on having a real turnkey package. I will even train them on how to use the EFI system and train them to help them get the cars down the track.

“We don’t build just the long block. We’re doing a complete engine package and really trying to help people get what they need.” 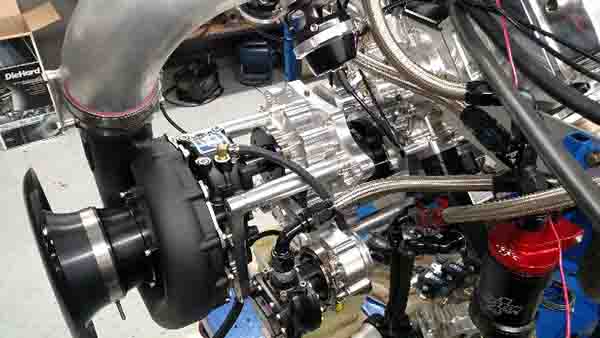