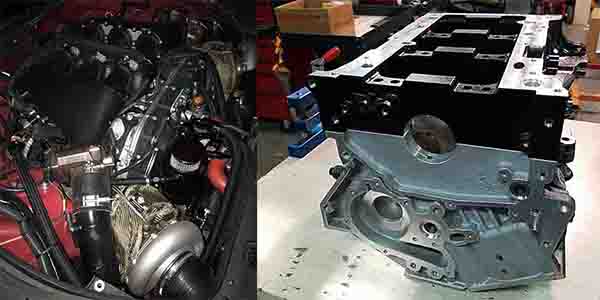 Mitchell Wilson’s shop, Engineered Performance, was asked to make big power out of a Nissan VR38. Wilson specializes in Nissans and got to work creating a unique build that he calls the Beast from the Middle East. Find out what makes this beast roar!

Mitchell Wilson is an engine builder who benefits from using Instagram as a way to share his engine work. In fact, Wilson even gained a customer from the Middle East not too long ago via the social media platform.

Wilson owns Engineered Performance, a 2,000 sq. ft. engine shop in Alvarado, TX that specializes in import engine work, and more specifically, the Nissan platform. Wilson’s Middle East customer had been working with another shop in Texas when the build went south and he went looking for another shop to help. 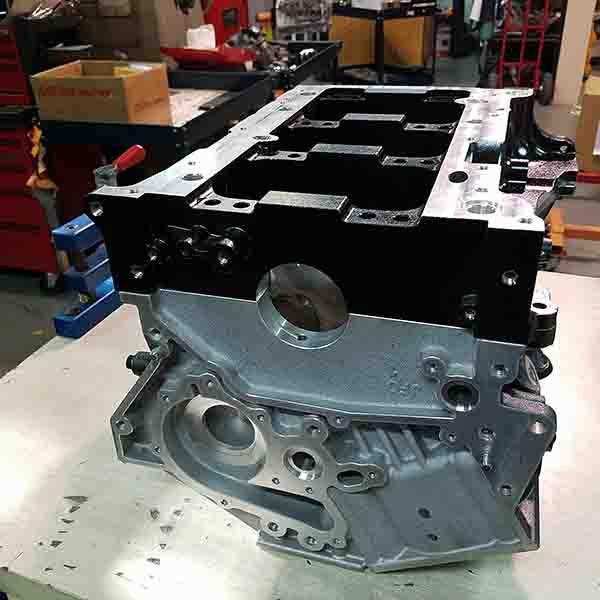 “He followed me through Instagram and sent me a long, detailed message about what he wanted and what parts he already had and what he wanted me to do for him,” Wilson says. “I said, ‘No problem.’ He bought a brand new block and had all the parts shipped to me and then I took everything he had and machined it and put everything together for him.” 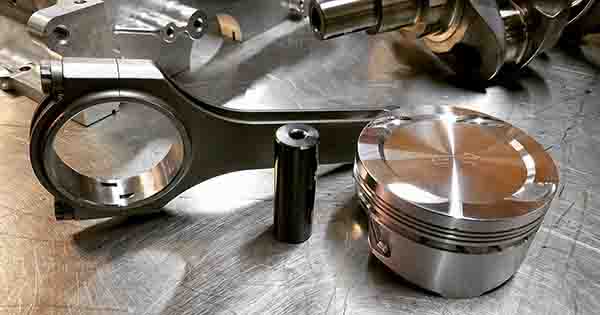 The engine the customer wanted built was a Nissan VR38, and he wanted to make 1,600 hp at the tire.

Wilson started with a factory Nissan VR38 block and a billet bed plate that he line bored and honed to set up on the block. 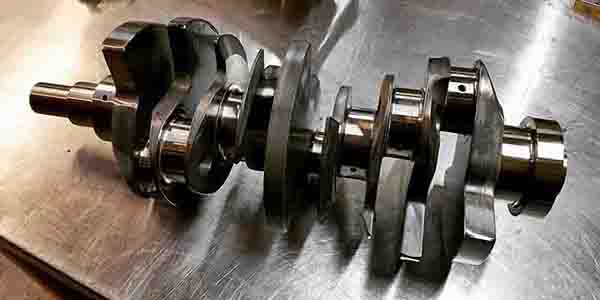 “We are all full machine shop capable of doing everything in-house – boring, machining, cylinder head work, porting, and I do all my coatings in-house,” he says. “Everything is done here. The only thing I don’t have is an engine dyno, but that’s coming in the next couple years.” 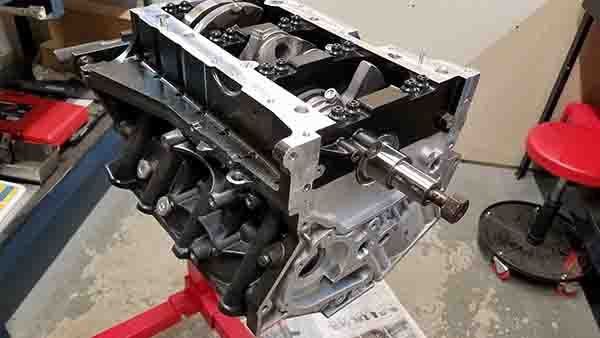 “The pistons were diamondized, which is a ceramic anodizing process that we offer,” Wilson says. “It’s very unique. It’s not like your typical type-2 anodizing. It makes a piston run cooler, hardens it and impregnates the piston with ceramic. It’s basically like a hard candy shell on the part.” 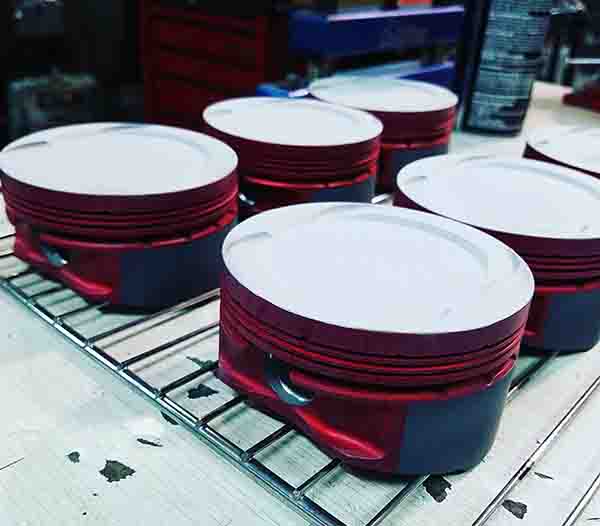 Wilson also applied a premium, three-stage topcoat, which is a thermal disperser to the underside of the pistons, a lubricant on the skirts and then a ceramic topcoat to the pistons.

“The reason we did that was this car was destined to make 2,000 horsepower,” he says. 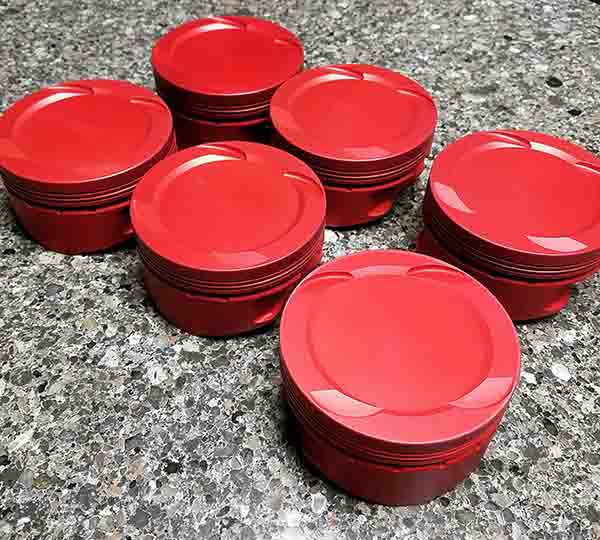 Wilson didn’t stop there. He also did a thermal dispersant over the entire exterior of the block as well as the billet bed plate. In addition, Wilson chose to use coated main and rod bearings from King, ARP H11 studs, Cometic VR38 head gaskets, a full dry sump oil pump, steel DLC-coated pins, and CNC-ported heads. 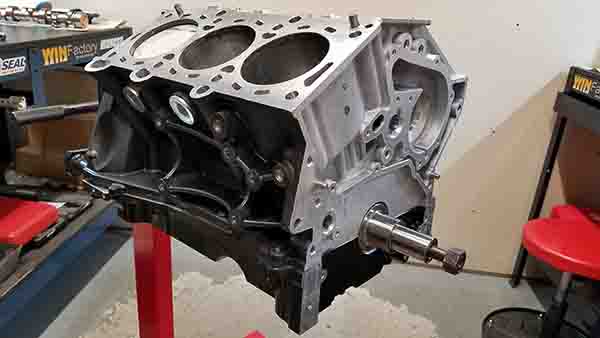 “The customer was really looking for about 1,600 hp to the tire,” Wilson says. “He actually made 1,620 hp to the tire. You do the equation for drive train loss and it came out to 1,945 hp, which is what it made at the crankshaft. So he hit his target and more.”

Over in Qatar, where the customer lives, folks do a lot of full-mile racing and street racing. Wilson’s customer does national racing events there. 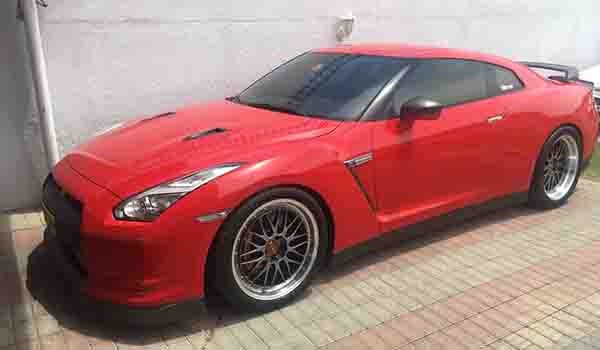 One unique thing to note about this Nissan VR38 engine is that it used the stock plasma liner bores.

At 1,945 hp, the VR38 also put out 1,235 lb.-ft. of torque at 7,800 rpm and has a compression ratio of 10:1. The engine’s impressive numbers are aided by twin turbochargers that are set up facing towards the front of the engine bay. They’re not tucked down on the side. 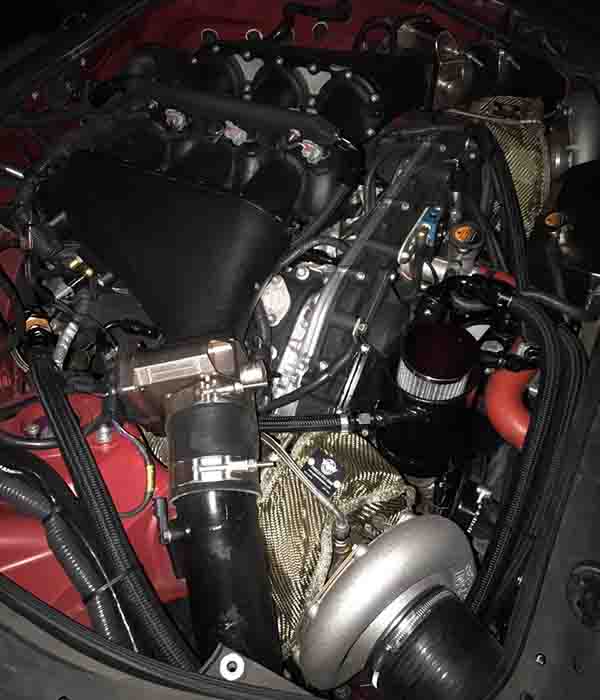 Once Wilson finished up the engine work, he shipped it to Qatar where his customer finished it out and put it in the car.

“I call this engine the beast from the Middle East,” Wilson says.

We would have to agree. Just listen to this beast roar!