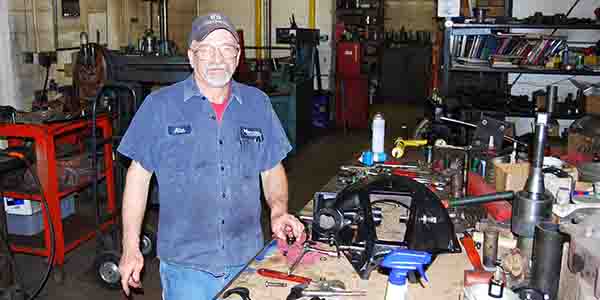 Metal Crafters, Inc., of Stevens Point, WI, claims to be the “most versatile tool and die shop in Wisconsin.” Joe Thorn’s business does parts design and production, metal and machinery repair of all kinds.

Metal Crafters, Inc., of Stevens Point, WI, claims to be the “most versatile tool and die shop in Wisconsin.” Joe Thorn’s business does parts design and production, metal and machinery repair of all kinds, food grade stainless steel (including work for cheese shops in Cheeseland), specialty machine rebuilding, welding of all metals, portable welding and boring on site and shearing, forming and rolling of steel.

With such a large portfolio of talents, it’s no wonder the 17-person shop also dabbles in the rebuilding of antique engines. Metal Crafters specializes in Model T and Model A Ford engines and does it all from rebabbitting to complete engine rebuilds.

Allen Plawman takes care of the company’s Automotive Department and has earned the nickname “Model A Al.” He says the shop rebuilds about 20 of the four-cylinder Ford engines each year. Al has even rebuilt an engine for The Henry Ford Museum & Greenfield Village in Dearborn, MI.

Plawman builds his engines to tight tolerances and some customers have found them a challenge to start, although they always do kick over eventually. Allen says that once the engines get started, “they kind of burnish in the Babbitt bearings and you wind up with a nice running engine that doesn’t throw oil all over the place.”

Plawman also did the engine for a 1919 Model T fire truck owned by the Volunteer Fire Department in Colfax, WI. He says that like most other customers, the firefighters heard about Metal Crafters through word of mouth. “The guys in the Model T and Model A clubs say good things about us,” he noted. “We’ve been busy because of it.” 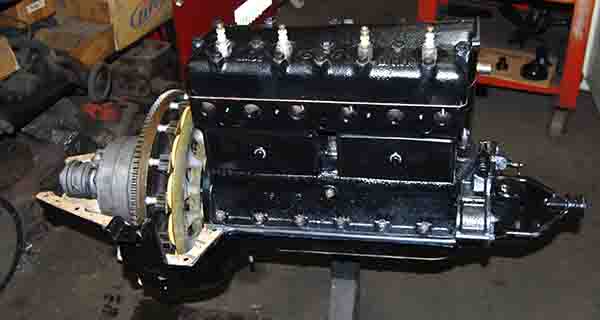 The rebuilt engine for the fire truck was rigged up in an engine stand with the top of the bellhousing off while Plawman and another machinist named John machined some pieces to give the pedal rods a better fit. “We have Model T and Model A engines all over this place,” he said. “They built a lot of these cars and lots of them are still around.”

According to Plawman, five of the engines in the shop had already been rebuilt by another shop. “You find all kinds of things when you open up these motors because they’ve been redone over and over,” he said. “For example, here’s a Model A rear main bearing cap that was cut down to be a center cap. It had enough babbitt character to work, but it definitely wasn’t correct.” 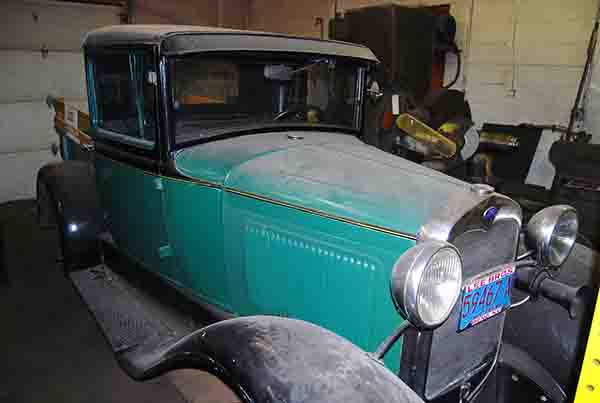 This Model A truck was in the Metal Crafters’ automotive shop getting an overhaul.

Before he came to work at Metal Crafters, Plawman re-engineered an older machine in a cheese factory and made it work better and faster than a multi-million-dollar modern machine. “I was proud of that,” he says. “And now I want to make a better Model A Ford engine for car restorers.

Most Versatile Tool and Die Shop in Wisconsin