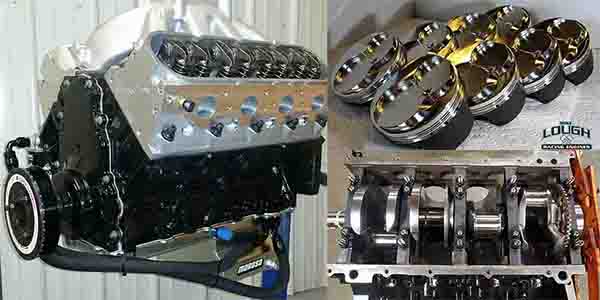 We all have an engine platform we like better than others. For Mike Lough of Mike Lough Racing Engines, that platform is the LS. He recently built a 5.3L turbocharged 329 cid LS engine that runs on methanol and cranks out 1,341 hp! Read more to find out what makes it live.

We all have to learn tricks of the engine building trade from someone or somewhere. For Mike Lough, his love and knowledge of performance engines started when he was just 14 helping his dad in the machine shop. Mike would port cylinder heads and offset grind crankshafts, and has worked his way up from there ever since. 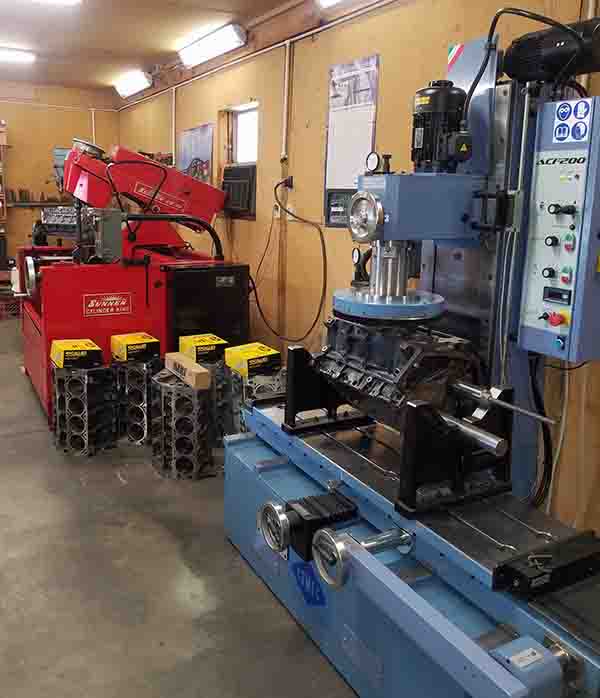 “I learned a lot from my dad and got a lot of tips on how to handle the business,” Lough says. “Plus it gave me a way to create contacts.”

Today, Lough is the owner of Mike Lough Racing Engines in Oak Ridge, MO. While his dad taught him much of what he knows about engines, his dad also helped him gain customers.

“Some of the customers I have today are sons of the customers that my dad had,” he says. “My dad is 71 years old and he still comes into the shop now and then. It’s pretty cool we get to see each other a lot.” 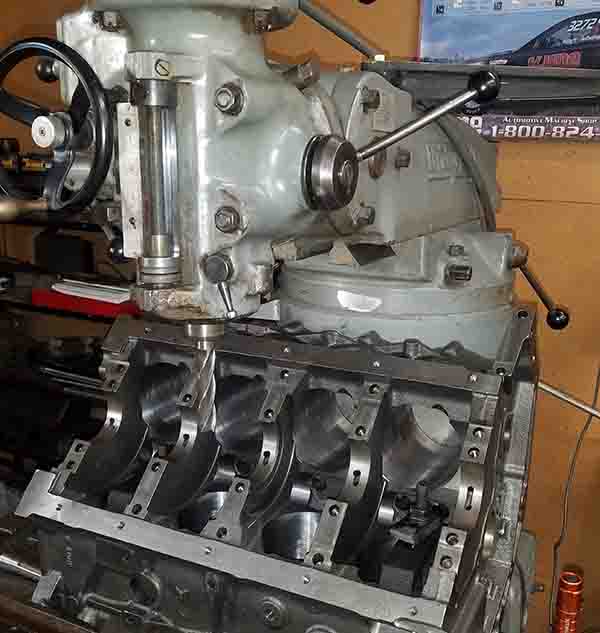 Aside from his dad’s help, what really kick started Mike’s engine builder career were his days racing. In the late-‘90s and early 2000s he raced in the Edelbrock Pro Series, which is now the National Muscle Car Association (NMCA).

“I built all my own stuff and then built some motors for friends who raced dirt track, drag strip and street stuff,” he says. “It just started getting bigger and bigger and I decided to open a business on my own and I opened Mike Lough Racing Engines in 2005. I started out with some of my dad’s old equipment and it has been continuously growing ever since.” 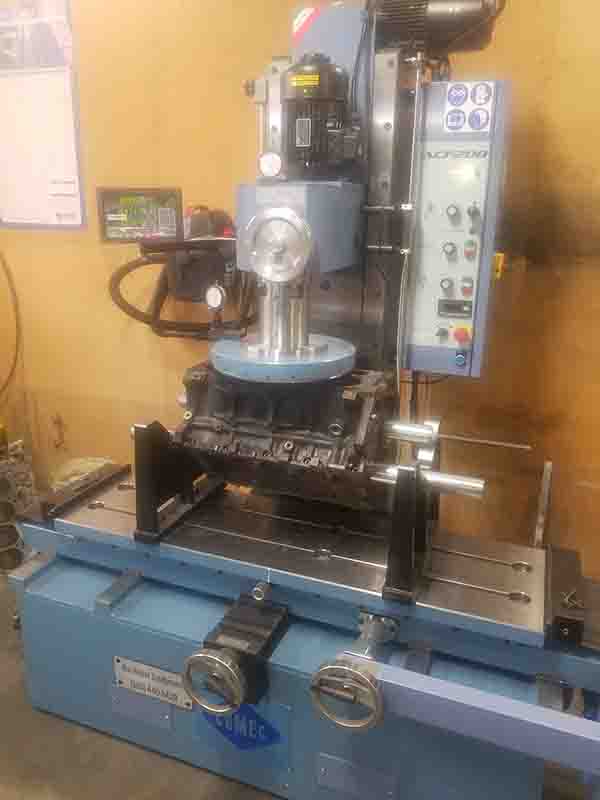 Lough started his shop doing common engine work on big block and small block Chevys and Fords. However, in 2007, he got ahold of his first LS engine and everything changed. His shop now does 90 percent LS work.

“When I got into that I said, ‘This is what I want right here. This is the way of the future. This engine is nice,’” he says. “The very first LS engine I ever built back then is still running today on the racetrack. It’s actually a 6.0L iron block that is 438 cid. Everybody said it couldn’t be done. So of course, I did it. We’ve always been proud of ourselves for that. That’s how my dad taught me growing up. If somebody said you can’t do this, we’d say, ‘Oh yeah, watch us do that.’” 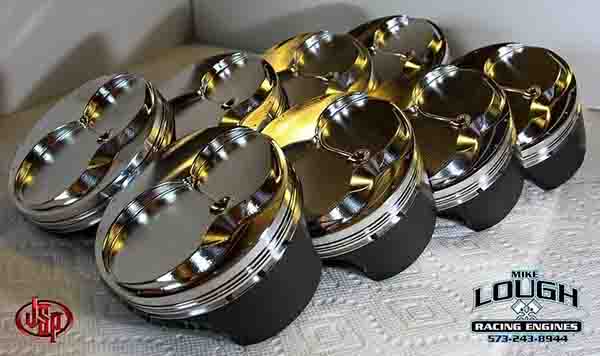 That 438 cid engine was in Mike’s personal racecar for a couple of years until he sold it to the current owner. Lough’s LS credibility just grew from there. He also built a customer a turbo LS that was the first stock block LS to get into the 4-second zone in the 1/8th mile on drag radials. That engine also had a stock crankshaft, according to Lough.

“That kind of put us on the scene in the drag radial world and that’s where we concentrate today,” Lough says. “Most of our builds concentrate on the no prep stuff, which is getting real big. It includes grudge race cars and street cars. Our LS builds are mostly tailored towards the turbo and nitrous guys – power adders. We do have some engines that are big cubic inch, naturally aspirated. We also do off-road trucks, mud trucks and just about everything.” 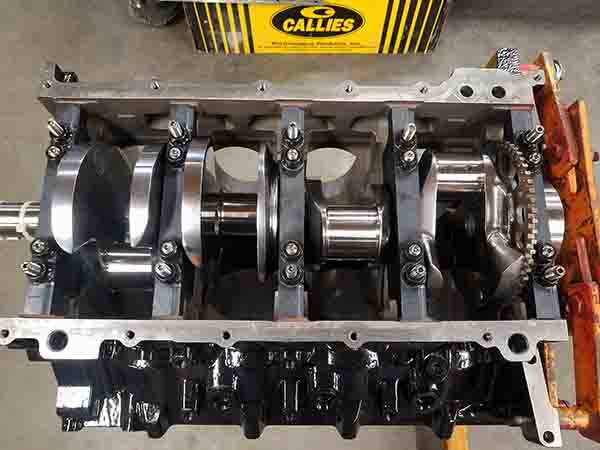 Mike Lough Racing Engines is a full machine shop capable of its own machine work, balancing and assembly. The only jobs the shop farms out are crankshaft grinding, line boring blocks and port work.

Since 2005, Lough has expanded the shop twice and it now sits at roughly 3,500 sq. ft. featuring a chassis dyno, a new crankshaft balancer and a new block and boring mill, among plenty of other equipment.

Last year, Lough had a new customer come into the shop who was referred by Lil John’s Motorsport Solutions and Brian Tooley Racing, both in Bardstown, KY. The customer wanted to run his 5.3L turbocharged LS engine on methanol.

“They sent him here and his intentions with this 5.3L were to learn how to tune on methanol with the turbo,” Lough says. “He said if it doesn’t live, it doesn’t live. Well, he didn’t tear it up. He won a lot of races with it last year and brought it in for me to freshen up.” 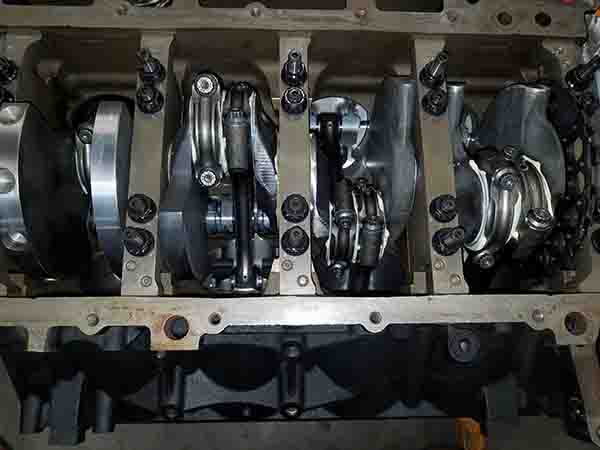 “When the engine came in we basically tore it down and cleaned up the deck surfaces,” he says. “We checked all the clearances. We touched up the hone. We get as close to dead on as we can on all the machine work. We’re not sloppy with our machine work. I went ahead and put new bearings and rings in it just because it was apart, and new gaskets of course.”

Lough uses King bearings on just about every build. This engine got King’s XP-series bearings. As far as head gaskets, he varies between two brands – Cometic or a GM factory MLS gasket. The cylinder heads on this engine are Trick Flow, which he uses on a lot of his turbo builds. The pistons are Wiseco. The crank and rods are Callies, and he used ARP main and head studs. The engine also features a COMP camshaft, short-travel lifters, stock rocker arms, and a Brian Tooley Racing trunnion upgrade. 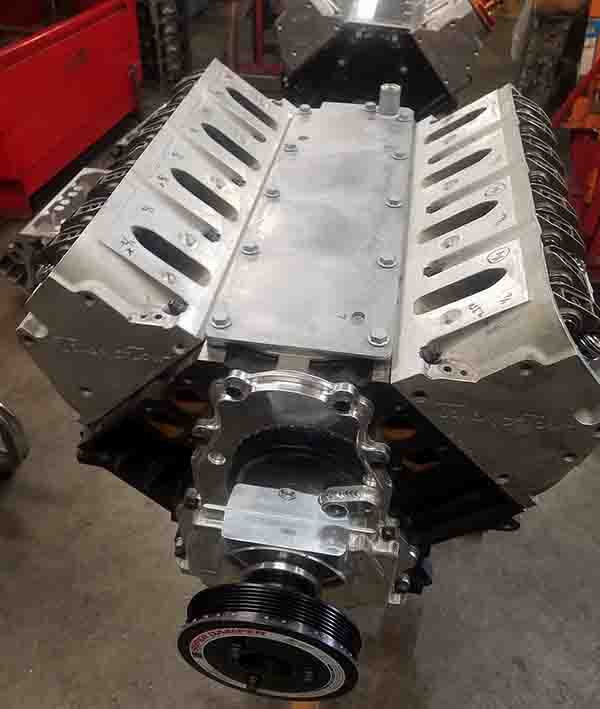 “It’s not an overly complicated build, but the tricks that we do to these LS engines is what gives them the reliability to be beat on throughout the season,” Lough says. “That’s where I think we stand out from the other LS engine builders. Our engines aren’t just dyno numbers and here you go. Our engines live season after season.”

Without giving away any trade secrets Lough described some of the key processes he does to ensure his engines, like this 5.3L LS, are built to last.

“We pin the main caps,” he says. “I know that’s what a lot of people do, but that’s something we do pretty much standard. Of course, the machine work on the block as far as boring, honing and surfacing – those things are pretty much dead on. I don’t leave any room for error. Good enough is not good enough. It’s got to be right. Same with the balance.

“One trick that we definitely do that nobody else does is a special way to redirect some oil inside the block, which I call our oiling mods. About eight or nine years ago one of our customers lost a rod bearing in his engine and it broke a rod. The oiling mod has been how we’ve kept that from happening again. We haven’t had any problems since.” 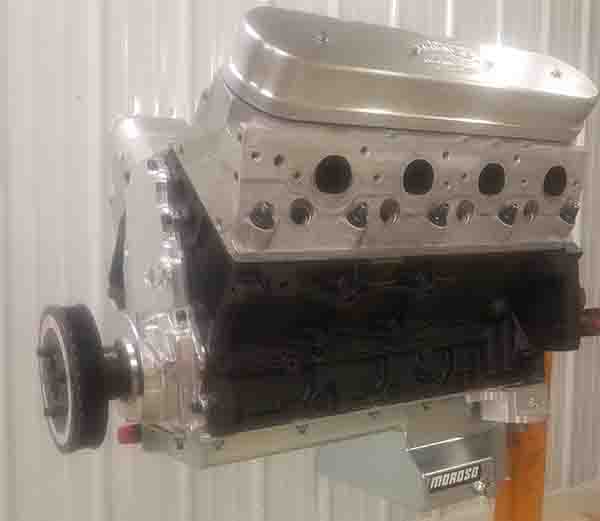 Mike Lough Racing Engines advertises that it does oiling mods, but Mike will never tell anybody what he does, and the customers who actually see what the shop does inside the engine are asked nicely not to post pictures or share information with other engine builders.

“That was something that we came up with here and it’s worked very well to get reliability out of these engines at that kind of horsepower level,” Lough says. “I mean I’ve even got some 6.0L out there making more horsepower than that at the tire – 1,400 hp-plus with stock heads. Tuning is super critical on all of these things, but definitely at that level anyway. But I think the enhancements that we do to the short blocks really help that.” 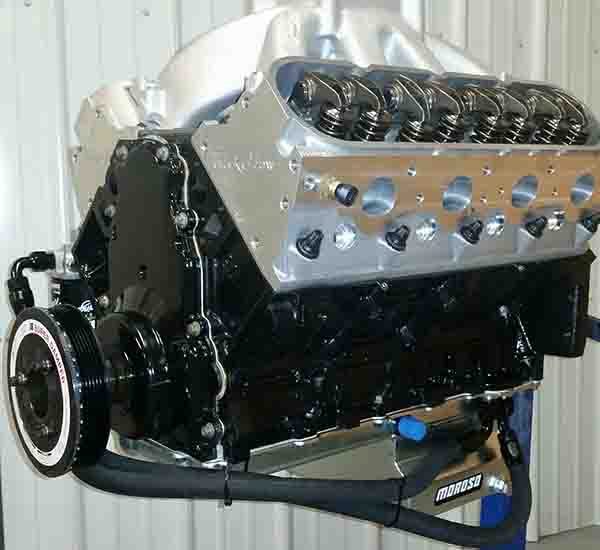 “These little 5.3Ls are pretty amazing,” Lough says. “Who would ever think that you would get over 1,300 flywheel hp out of one and run it for a season or longer and not have problems?”

The engine is now back out the door and ready for another race season.

Advertisement
In this article:Cometic Gasket, Engine of the Week, LS engine, racing engine