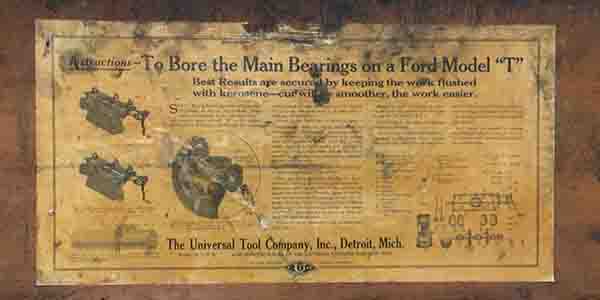 Today, I am going to take you on a journey back in time to see what started this whole industry of rebuilding engines and what events made us who we are for what we do today.

Today, I am going to take you on a journey back in time to see what started this whole industry of rebuilding engines and what events made us who we are for what we do today.

I will start at the beginning. A long, long, long time ago in a place not so different from where you are now, a caveman invented the wheel. Through advancements in ideas and technology, we landed more or less, at where we are today in this industry.

According to my research, the first internal combustion engine was a turbine developed by John Barber in 1791. John Stevens designed the first American internal combustion engine in the year 1798. That was only 22 years after we declared our independence from England and it was time to drive a thing with multiple horsepower instead of riding a thing with only
1 horsepower. 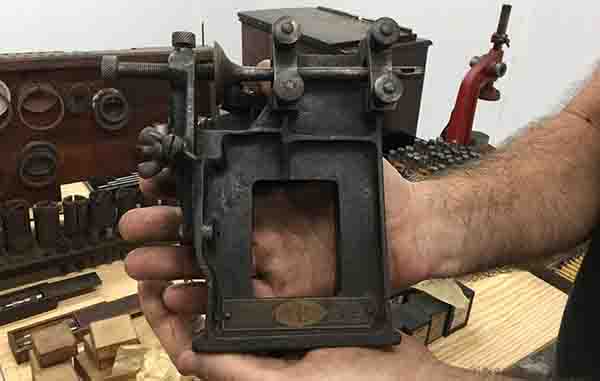 Did you also know, the automotive aftermarket has been re-building engines since the dawn of the automobile? This industry was green long before recycling was cool or in vogue. Rebuilders worldwide rebuild versus replace and that is what has fueled our engine rebuilding market for these many, many years.

Well, you just knew if there was an engine that broke or “blew up” there would be somebody figuring out a way to fix it and they would create a machine to make that job easier and more accurate and so “engine rebuilding equipment” was created by some of the most influential companies we have in this business.

I was on a road trip this year and was down in Florida when I went to Deland Auto Parts to see Kevin – he had told me he had something really cool that I might just want to see. When I arrived I could see Kevin and the whole store were busy, but when he knew I was there, he took me to his newly renovated “clean assembly room” to show me what he said I would be very interested in. Well, much to my surprise Kevin showed me some of the oldest tools, machinery and measuring tools I had ever seen in one place. Now Kevin is passionate about two things: building engines and researching history. It was that visit that prompted me to write this article.

Van Norman (Springfield, MA) started in 1888 and its first machine was a single-legged jeweler’s lathe. From there, Van Norman went on to make crankshaft grinders, cam grinders, rotary broaches and valve refacers. A lot of these machine are still being used today.

Kwik-Way (Marion, IA) started in 1920 and created the industry’s first real valve refacing machine with the famous “six-ball chuck.” In 1932, Kwik-Way introduced its “modern cylinder boring machine.” This machine was portable, meaning you moved the machine from cylinder to cylinder to bore the engine block you were working on. 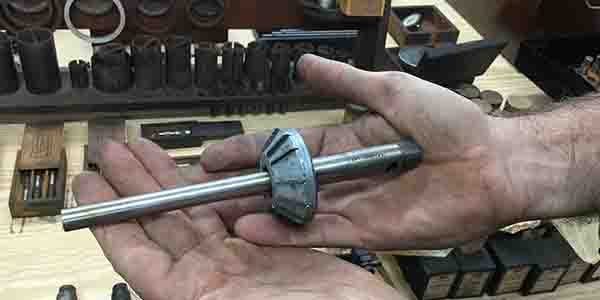 Rottler Manufacturing (Kent, WA), was established in 1923 and is credited with creating the world’s first fully functional portable boring bar. Rottler was and still is the “go-to” company for boring machines and now Rotter offers multi-axis CNC machines for use in both diesel and high-performance machine shops worldwide.

Sunnen Products Company (St. Louis) started in 1924. Its first tool was the valve lifter tool and the first real machine was the manual cylinder hone. Sunnen then created the Connecting Rod Hone and took that show on the road doing demonstrations right in the parking lots of the machine shops. Sunnen continues to be an industry leader in regard to honing for the automotive and industrial market.

Winona Tool (Winona, MN) created the “in-the-block crank grinder” way back in the 1940s. I believe Winona Tool also created the first flywheel grinder as well as one the very first seat and guide machines. Winona Tool went on to create many tools and machines until about 1979 when that company formed Winona Van Norman (Winona, MN) after it purchased the assets and the name of Van Norman and combined it all together. WVN as it is called now is owned by LS Industries based in Wichita, KS and still produces many machine tools used in the machine shops all around the world.

Peterson Machine was started in the 1940s and was called Peterson Welding Laboratory. The first machine introduced as a Peterson Machine was the surfacing machine called the model 50F. This surfacing machine used a grinding wheel and the operator held the work piece by hand and moved the workpiece over the grinding wheel to remove material. Some call it the “Ouija Board” of surface grinders. Peterson was the importer of the Italian crankshaft and camshaft grinders under the BERCO logo for many years. Today, BERCO is imported and distributed by Joe Baker Equipment in Ohio.

KI or Kansas Instruments (Council Grove, KS) started in the early ‘70s and is credited with introducing the industry’s first “parts tumbler” for cleaning small parts as well as valves and valve springs. You still see these designs used in machine shops all over. This parts tumbler was affectionately called the “Snerds.” If anybody really knows why they called it the Snerds, email me with the answer and I will send you a hat and t-shirt. KI also delivered the industry’s first actual “spray washer” with a top load basket.

AXE Equipment started in 1978, and its first machine was the manual Stroke Cylinder hone. Today, AXE Equipment offers a variety of Jet Washers with very unique features to get parts cleaned fast as well as glass bead machines, engine stands and pressure testers.

NEWAY started in 1952 and they developed the first NEWAY valve seat cutting tool, originally marketed to the lawnmower repair industry. Their first real hit in the automotive aftermarket came when Volkswagen became their first major OEM account that specified NEWAY seat cutters for all of their dealers, resulting in NEWAY instantly becoming a worldwide company shipping its tools and supplies to 38 countries.

Sioux started in 1914 with its first patent for a cutting machine for valves.

Goodson started in 1945 and is still in business.

K-line Industries started in 1958 and even though it is not part of the automotive aftermarket, it is still a thriving business.

Silver Seal and Regis both started in 1959 and are still in business today.

Atlas started in 1962 and it is no longer in business as it was acquired by K-Line back in the ‘90s.

There are many other companies that are still here as well as many that no longer exist or contribute to the machine shop industry. If you would like, you can send me old photos or stories about some of the companies you use to know.

And now you have the “rest of the story” as Paul Harvey used to say. I think the neatest part of this whole project was talking to the various managers and owners of these fine companies and learning when, how and what, got them into this business. I know our engine building business will always have its ups and downs, and I know most of us will still be working each and every day for many years to come.

I also know the manufacturers that are still producing are listening to you and I believe they will be around for a long, long time as you grow your business.

See ya in the shop!

Advertisement
In this article:Commentary, maintenance

How Did We Get Here?