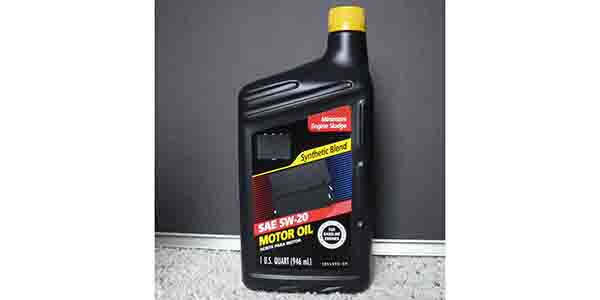 SN oils don’t have sufficient ZDP to coat all the engine components which are subjected to sliding friction. And, if that isn’t bad enough, a new oil specification, ILSAC (International Lubricant Specification and Approval Committee) GF-6 is on the horizon.

I’m sure I’ve mentioned before that current API SN engine oils contain insufficient zinc dithiophosphate  (ZDP) to protect flat tappet cams and lifters. Even OEM engineers, such as the late Bob Olree of GM, realized that insufficient phosphorus is present in SN oils to protect engines with high lift cams and stiffer valve springs. He, like many others, recommends that we use at least API CJ or CK-4 diesel oils in these engines.

To revisit the problem, SN oils don’t have sufficient ZDP to coat all the engine components which are subjected to sliding friction. And, if that isn’t bad enough, a new oil specification, ILSAC (International Lubricant Specification and Approval Committee) GF-6 is on the horizon. ILSAC is an organization of vehicle OEMs, which push for oils of lower viscosity in order to improve fuel economy and tighter fuel economy test requirements than do the current API specs.

The only good news is that GF-6 category development, which actually started prior to API CK-4 test development, has been very slow because of the failure to develop several new engine tests that are to be required by the GF-6 specification. The GF-6 spec may well call for even lower ZDP levels.

So, as we’ve stated before, the safest thing for engine builders to recommend is for their customers to use API CJ-4 or CK-4 diesel oils in mildly modified engines and hot rod oils with increased ZDP levels in engines with flat tappets and very stiff valve springs. Hot rod oils have twice as much ZDP as diesel oils, and the ZDP levels in diesel oils will probably decrease over time. You’ll be protecting your valve train parts much better with these oils. I especially like hot rod oils since some of them contain vapor phase rust inhibitors, which prevent rust in stored engines.

When a new lube oil specification such as API SN is introduced, it is intended to replace all previous lube oil performance specifications. Many times engine tests for earlier specs are outdated, so there is actually no way to prove or disprove that the performance claimed for API SM, for example, is actually met.

I’ve seen several slippery oil marketers out there selling obsolete specification oils, but beware, there is no way to prove them right or wrong. So you don’t really know what you are getting in the product. Originally, the concept of marketing previous spec engine oils was done for oils marketed in poorer countries where the motoring public simply couldn’t afford the latest and greatest oils. But this has now gotten completely out of hand due to a few unscrupulous marketers. Brand name marketers tend to be more honest because they have their reputations to protect.

Another item to watch out for is claimed oil performance. I’ve seen oil marketers claim their product meets such and so spec, but they don’t display the API “donut” label on the can or bottle. If they don’t display the API donut, this means the product is not actually licensed against that spec. At best, the marketer didn’t pay the licensing fee or, at worst, he didn’t even run the required tests. This, of course, doesn’t apply to such things as hot rod or racing oils. They either have too much ZDP or a different viscosity to meet the specification’s chemical and physical requirements.

As far as viscosity blending of oils goes, be assured that it is perfectly acceptable. Years ago oil formulations from different manufacturers were sufficiently unique to cause problems if oils from different oil marketers were blended together. The military actually forced the oil industry to guarantee that their products could be blended with other oil marketers’ products without causing problems on the battlefield.

The result was a series of tests called homogeneity and miscibility, which most all current oils meet. These tests call for a new oil to be blended with several other oils currently in the marketplace. The oils are blended in glass bottles and observed for separation or precipitation of ingredients. Another set of blends are then stored under various ambient conditions and allowed to stand for 30 days. If there are no problems, the new oil can be marketed.

So this means you can mix both conventional and synthetic oils of differing viscosities without fear of difficulties. In my experience, if you see additives precipitating out of an oil, look for signs of moisture. Water will sometimes interfere with a detergent’s ability to stay suspended in the oil. If you encounter precipitation, try shaking the oil to see if the particles go back into suspension. If not, don’t use this oil.

This brings us to the subject of “partial synthetics.” The word “synthetic” has come to imply that the oil is automatically somehow higher performance than a conventional oil meeting the same API spec. That simply isn’t true. Synthetics do offer improved performance at extremely higher and lower temperatures, and they are slightly more slippery (less frictional drag) than conventional mineral oils. But, if you don’t need these properties, spending much more for lube oil isn’t really justified from an economic point of view.

To jump on the “synthetic” bandwagon, several oil marketers currently offer partial or synthetic blend engine oils. Now, don’t get me wrong, these oils many be excellent performers. However, since there is currently no industry definition or specification for partial synthetic oils, these products can contain as little as 2-4% or high as 98% synthetic base stocks. Since no actual performance standard exists for partial synthetic engine oils, the words are actually meaningless.

I realize that you all hear nothing good on the news about gasoline or diesel engine performance R&D. Instead, we are constantly besieged by a deluge of material about how electric and hybrid electric vehicles (and ethanol) are our only future. Consumer reporters constantly tell about these “good” solutions, but they are often supplied information (which they probably don’t understand) by various activists and trade groups. I’m having a little trouble with the term “zero emissions” since it is a total fabrication. Approximately 30% of the electricity generated to charge batteries in these vehicles is produced by coal, which isn’t particularly clean burning. Natural gas or propane fueled vehicles make a lot more sense in most areas of the country. Biodiesel is also a useful fuel for diesels at moderate temperatures.

I did recently learn that Mazda is prepared to market a stratified charge gasoline engine. This is a game changer if Mazda is successful with the stratified charge concept. This engine design relies on igniting a relatively rich small fuel/air charge in a pre-chamber and allowing it to ignite a very lean mixture in the rest of the combustion chamber.

This concept has been around since the 1970s. Texaco R&D spent millions of dollars trying to develop the concept at their research facilities in New York. They failed. Others have picked up the banner over the years, but to date everyone has failed.

I hope Mazda is successful. The stratified charge engine can yield gasoline fuel economy (FE) as good as diesel (25-30% better FE). This could make electric vehicles useful only in heavily populated urban areas (as they should be) and keep the rest of our country on more cost efficient petroleum products. ν

Advertisement
In this article:API, Engine Oils