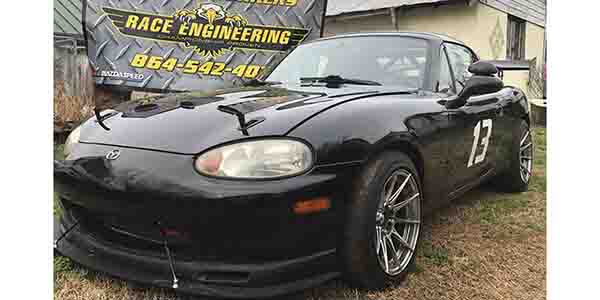 What makes Chris Graham’s engine shop Race Engineering a successful business is no secret to him. He realizes that it’s more important to sell relationships than it is to sell a product. That’s not to say his relationship skills are better than his product, because he is well known in the import engine arena for his engine work and specifically for spec Miata race engines. However, Graham makes an effort to keep those client relationships strong in order to maintain and grow his Salisbury, NC business.

Race Engineering (raceengineering.org) has been in business for the past 15 years and has built 3,500 race motors. “I’m all about educating my clients,” Graham says. “I’m not selling a commodity. I’m selling relationships. That’s what my entire business is about. I educate my clients on the rule sets so they don’t get in trouble. I educate them on the limitations and expectations. I’m one of the few engine builders in the world who will warranty a motor.”

Graham understands that he is selling a solution to a client’s problem. “Maybe their problem is not going fast enough, or not having enough horsepower or torque, or maybe the engine is just worn out and they need a better one,” he says. “Once I know that problem, then I can educate them on what the options are within the good, better, best set up.”

Educating his clients has allowed Race Engineering to thrive working on import engines, and clients view Graham as a resource for their racing careers or weekend hobby.

“The import guys, racers and tuners come to me and say, ‘Here is what I want to do,’” he says. “I’m always very upfront and let them know what they can do for their budget. You can’t always do what you want to do without spending more money. But, once I know their budget I will do research and work with the client to find the best solutions. However, the truth is, you can’t run a proper business without saying no sometimes.”

“At Race Engineering our bread and butter is Miata work and other import engines,” Graham says. “But that doesn’t limit us. We’ve built some 460 Rock Crawlers, some Chevrolet dragsters, Chevy vintage stuff, so we do other things too, but we focus on import. Right now we have some spec Miatas, vintage Miatas, BMWs and a Hyundai in the shop.”

Graham said that so far in 2017 the import market has been stronger than anticipated and that the economy coming back has allowed the shop to be busy.

“We have a lot of people calling us with interest in doing work through our shop,” he says. “They want their car to be able to beat this car, or have their engine be comparable to this engine. 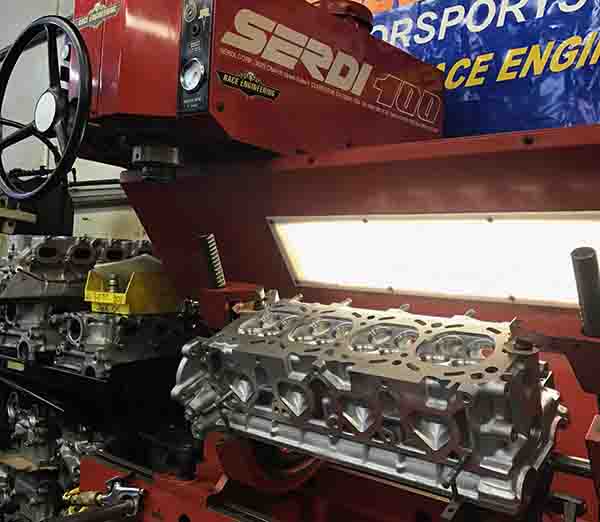 “I had one guy call me wanting to turbo his Miata and make a minimum of 300 hp. As we were talking it basically came down to him wanting to beat his brother’s Mustang Cobra. I could put him in one of my Miata racecars and he would beat the Cobra all day long because the Mustang can’t turn. If he wanted to beat him straight, then we can do that too.

“His Miata block can go up to 840 hp running nitromethane and as big a stroker kit as I can get in there with 40 lbs. of boost. It’s not going to last very long, but it can do it. We can hit the 300 hp mark without a problem depending on the budget.”

While Race Engineering specializes in Mazdas and Miatas, the shop gets plenty of other import jobs as well.

“We are seeing a lot of older BMWs, a lot from the whole Mazda group like the forced induction stuff, Speed 3, Miatas, RX7 stuff on occasion,” he says. “We are also seeing a bunch of Nissan stuff and Acura stuff. We have been seeing more Hyundai lately. We see a few Lexus jobs here and there as well as Honda too.”

Another factor contributing to Race Engineering’s growing work load is that the shop recently expanded to take on more street motors than strictly race motors. “We are getting a lot of people who want to race on weekends and are trailering their cars to the track and are putting some real monetary backing into the cars,” he says. “These clients want all the power in the world, but they also want it reliable. So we have an endurance package that we offer.”

“We’ve had purists in the American market for 50 years,” Graham says. “Purists in the import market is rather new. We’ve been putting V8 power in Miatas since 1992. Now we are getting the purists who want to get the most power they can without swapping their stuff. They want to keep their Mazda power plant in their Mazda, or keep their Nissan power plant in their Nissan.” 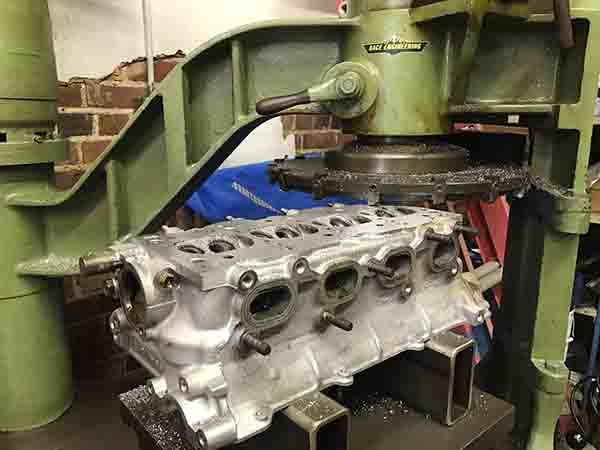 These are the guys who are coming to Race Engineering because Graham has built up those relationships that garner repeat business and referrals.

“These clients want to know what they can and can’t do,” he says. “This mentality in the import market is new because nine times out of 10 we were swapping stuff around. We were putting 350s in BMWs and Miatas. Now we are seeing this change towards more ‘pure’ engine work.”

Graham has seen project Mazdas with 13B rotaries. The transmissions bolt up and the rear ends work, but it’s costly. “You could also put a RX8 engine or a Renesis engine in and you won’t have to worry about bent valves, you can over-rev the hell out of it, and you can put a turbo on it and you’re good,” he says.

Besides the purist effect on the import market, the other changing aspect is that many of these import vehicles are entering vintage age.

“I see the import market getting bigger – the reason is because we have lots of different racing avenues and a lot of these import cars are becoming vintage cars,” Graham says. “For instance, the Miata was built in ’89 and the RX7 was built in the early-80s, etc. One of the biggest things that concerns me about Mazda is that one of the most popular racing classes in the country right now is Spec Miata. The newest car is a 2004-2005. That’s 12 years old and it’s still the most raced car! More than half of those cars are really from ’99-’00. Those are 18 years old and still out running today.” 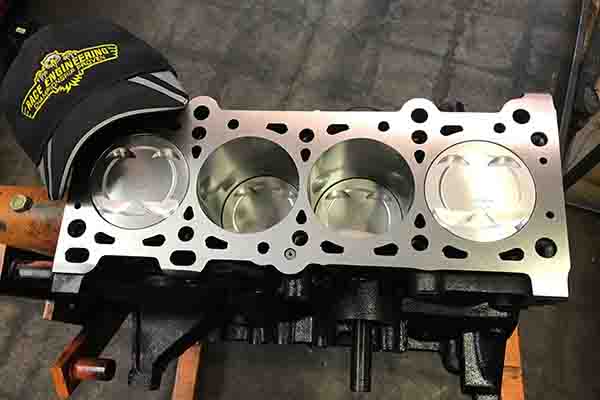 According to Graham, there are more than 3,000 Miatas that are either garage queens or raced, and Mazda has more racecars on the racetrack on Saturday and Sunday than any other manufacturer in the world today.

“That’s another obvioius reason it’s my bread and butter – because it’s the largest target market,” he says. “The import market is getting bigger every day and people are realizing they have more disposable income than ever before. What we found is that in vintage racing there are a lot more people who want to extend the rules and the rule sets are much more forgiving. Those are the guys who are going to be wanting the best of the best.”

No matter what other factors are a play for how a certain market is performing, the number one reason Graham acknowledges for a good or bad year is the economy.

“The market is coming back, and the reason the market is coming back is simply because the economy is getting better,” Graham says. “It’s amazing how you can gauge the entire market by watching gas prices and the prices of vintage cars and you can tell where the disposable income is. Look at the Lamborghini and Ferrari market. When those prices start to increase and gas prices start to level off, that signals the economy is coming back and people start spending money.” ν

What Makes the Import Market Attractive?