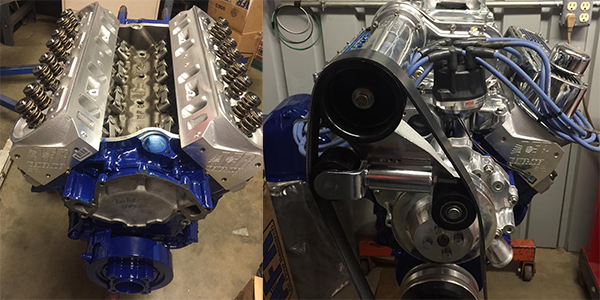 After having been to a few other shops with his engine and still not satisfied with its performance, a customer was referred to Dave Eggleton’s shop KAMS Precision Engines to get it right. Eggleton delivered a 331 cid Supercharged Ford 302 that had the customer saying, ‘That’s more than enough.’ Find out all the build details.

Who remembers the TV show Gumby? For Dave Eggleton, the show helped inspire the name of his first engine shop – Blockhead Auto Machine. The shop was named after Gumby’s nemeses the Blockheads, who wreaked mischief and havoc at all times on the show.

It was also a play on words, but much like those characters, Eggleton’s shop used to help racers wreak havoc on the track in the late-‘80s and ‘90s. Today, Eggleton owns KAMS Precision Engines in Thomaston, CT. The shop specializes in muscle car, vintage and drag/street strip engines. 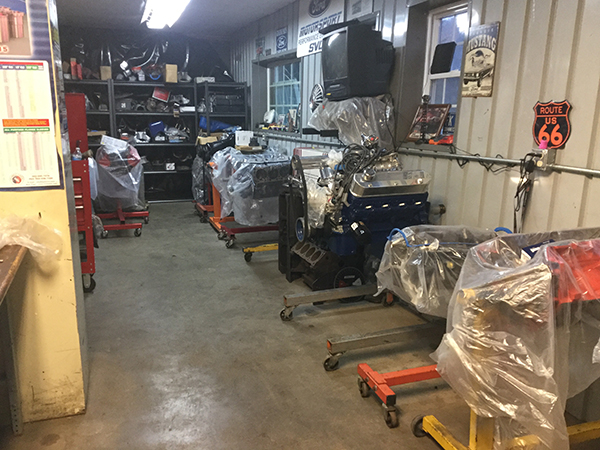 Like many of you in the engine building industry, working on cars and engines has run in Eggleton’s family. Dave’s dad was a backyard mechanic who used to rebuild motors and work on cars, and sure enough, Dave picked up a little info here and a few tricks there while helping his dad at a young age.

“When I had my first motor re-machined at a local machine shop, I figured that with my training I should be able to do that,” Eggleton says.

Along with being brought up as a gear head, Dave had a career working as a tool and die maker for 15 years, which helped him make the transition to engine building. 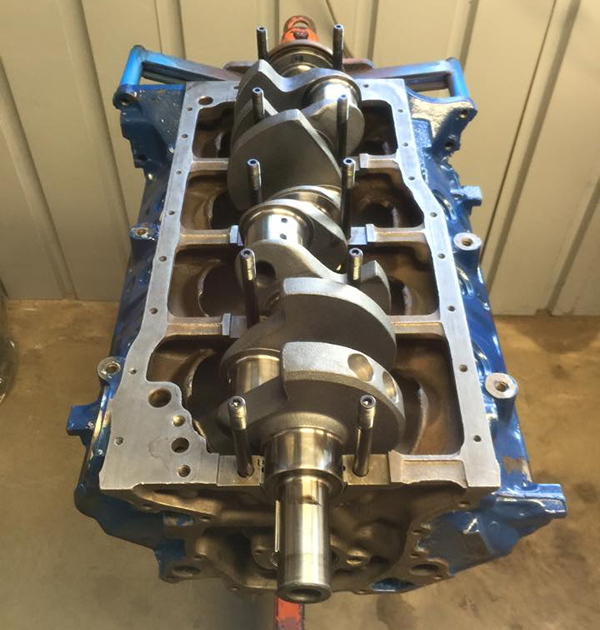 Eggleton opened KAMS Precision Engines just two years ago. The shop is a full machine shop, but Eggleton says they don’t line bore or cut cranks. Despite KAMS being a newer shop, it benefits from Eggleton’s previous engine shop in that a lot of those customers have followed Dave to KAMS.

“I work on basically whatever comes through the door,” Eggleton says. “I do some diesel work. I also do work on some import engines. I have a couple guys who drift Miatas and have turbo Miatas. I don’t do a lot of stock rebuilds, it’s mostly hopped up stuff and hot rods.” 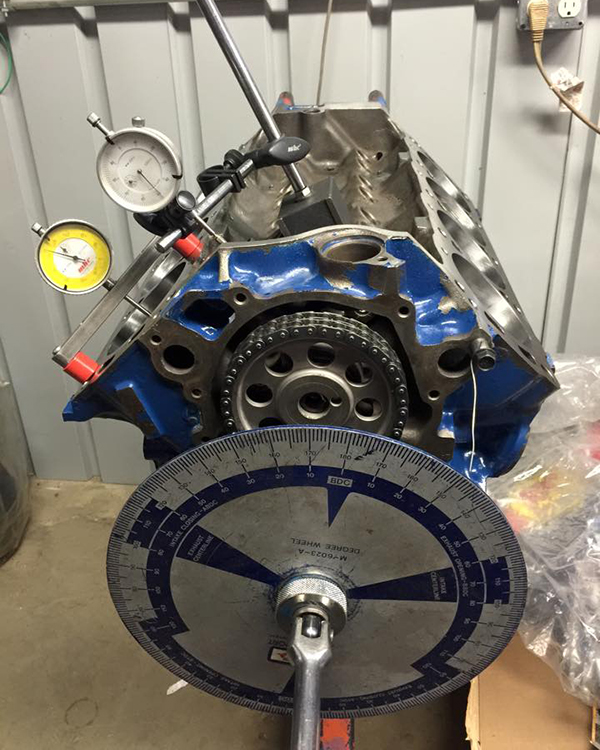 One of the engines that sticks out in Dave’s mind is a 331 cid Ford 302 engine. The customer wasn’t getting what he wanted out of it after having been to a few other shops.

“The engine had been to a few shops before it got here and the customer was never satisfied with the power or the reliability of it,” Eggleton says. “He had a lot of issues with the engine, so it ended up here through recommendations of people that know me. The customer is one state over in Massachusetts.” 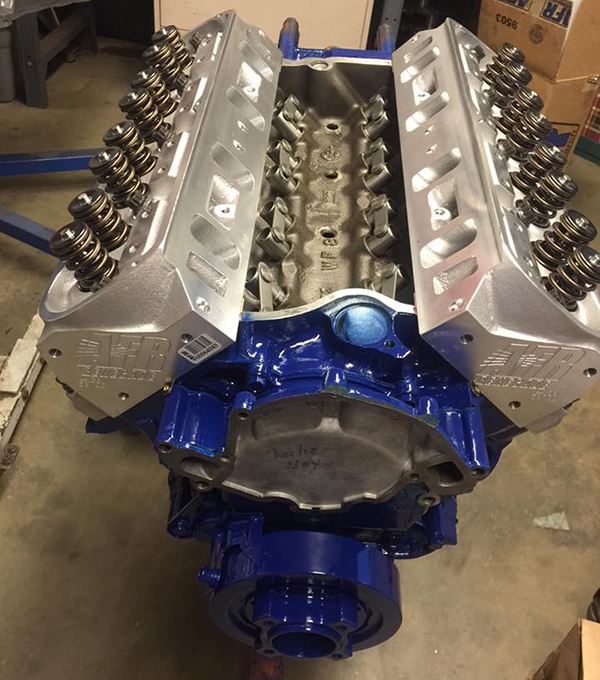 According to Dave, when he took the Ford apart, the cam had walked through the timing plate and had chipped a couple of lifters, and it had a flat tappet cam in it. The piston-to-cylinder-wall clearance and bearing clearances were also not what Eggleton would have run.

“The mains and rods were a little tight for my liking,” he says. “They weren’t burned up or anything, but I don’t think they would have lived much longer.” 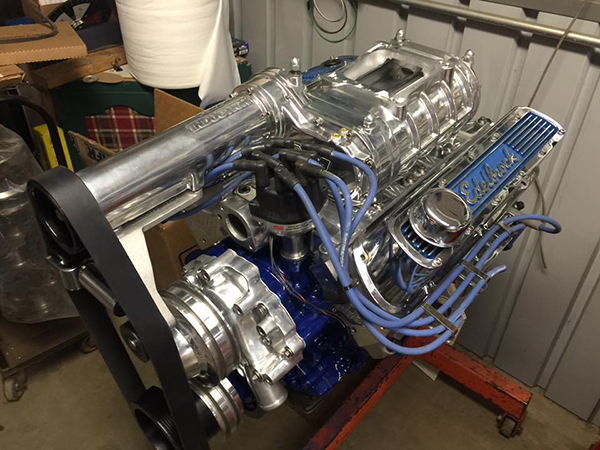 To start, Eggleton used a factory production 302 pre-roller cam block from the mid-‘70s.

“We got rid of his original block and did a whole block over – decked it and squared it,” he says. “I did use his blower pistons that were in there over again because they were still good. Those were DSS Racing dish pistons. Also the rotating assembly I reused that the customer brought me – it was a 4340 Scat crank and H-beam rods that were 3.250˝ stroke.” 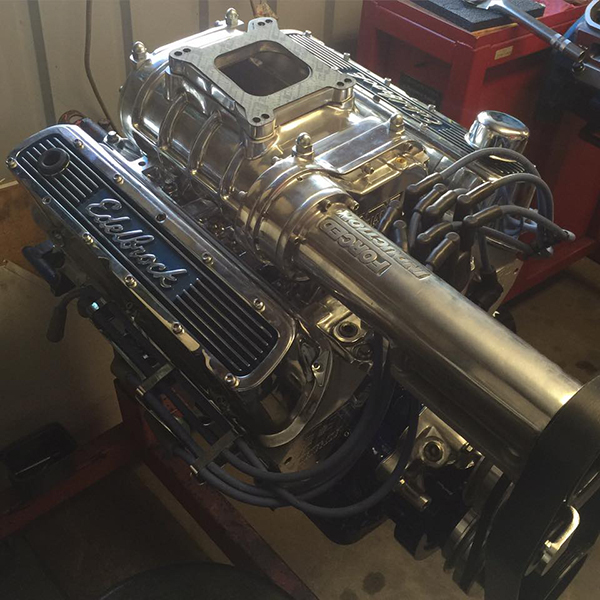 KAMS also line honed the engine and used the stud girdle that the customer had and converted it to a one-piece seal rear main. The engine also features a Weiand supercharger that KAMS modified the inlet to the blower on in order to clean it up because the casting was rough. Eggleton also made sure to correct the clearances for the stroke and proper oil clearance. 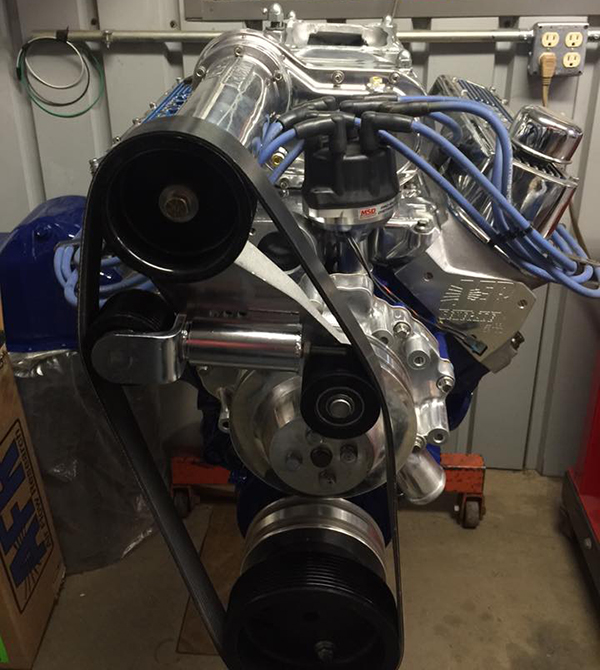 With all the work that Eggleton had to correct on the engine, he only hit one snag. 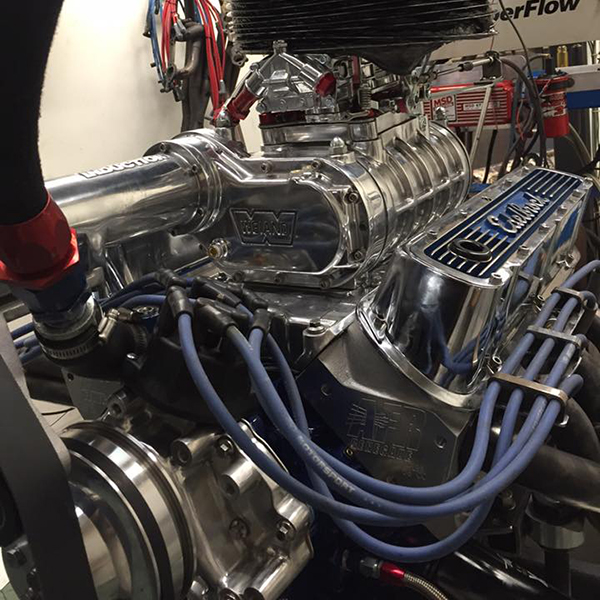 All said and done, Eggleton delivered an engine that finally performed like the customer had hoped it would. The 331 cid Ford 302 puts out 540 hp and 480 lb.-ft. of torque with 3 lbs. of boost and a 9:1 compression ratio. The engine runs on 93 octane fuel.

“I couldn’t make too much boost because we didn’t have a pulley selection, but the customer didn’t want to change any of that anyway,” Eggleton says. “When I called the customer, he was like, ‘That’s more than enough.’” 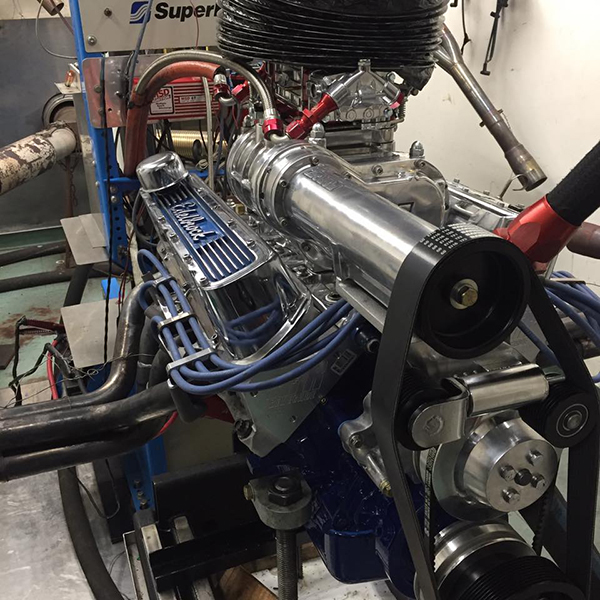 Advertisement
In this article:Cometic Gasket, Engine of the Week, Ford