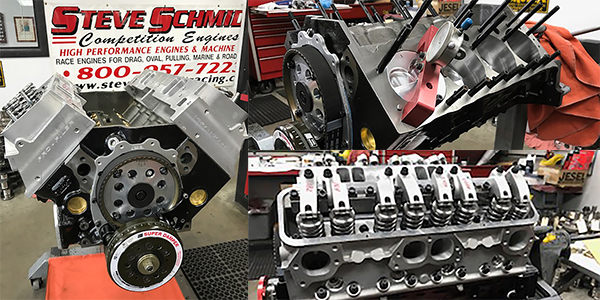 Steve Schmidt is a busy guy. He runs Steve Schmidt Racing Engines in Indianapolis, a 28,000 sq.-ft. engine shop capable of producing 700 engines a year, with two full machine shops and a dyno. This 465 small block Chevy is one of those engines. Click to find out the details of this 925-hp build.

Steve Schmidt is a busy guy. He runs Steve Schmidt Racing Engines in Indianapolis, a 28,000 sq.-ft. engine shop capable of producing 700 engines a year, with two full machine shops and a dyno. 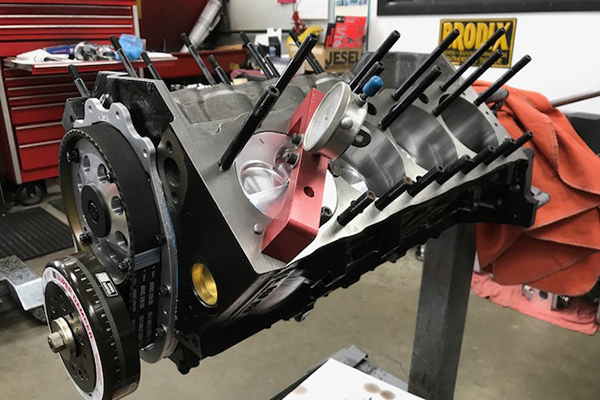 Steve Schmidt Racing Engines (SSRE) has been in business for 40 years. Steve himself got into the industry due to the hot rod and muscle car craze of the ‘60s and he’s been invested ever since.

“Getting into engine building was just a natural progression,” Schmidt says. “I got interested in cars and I got interested in racing cars and I drag raced for about 45 years. As I started doing engines and setting national records, I started doing engines for other people and it just evolved and kept growing and kept growing. Then we raced professionally for 12 years in NHRA Pro Stock. It’s now grown to where we work on – between OEM engines and racing engines – approximately 700 engines a year.” 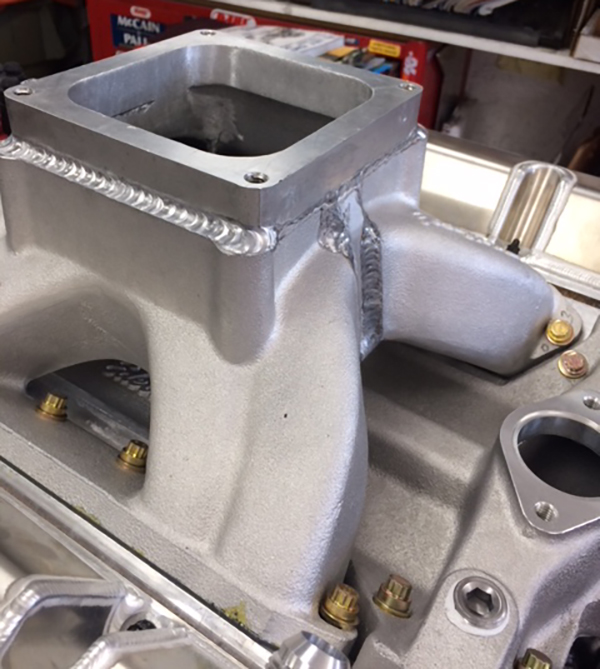 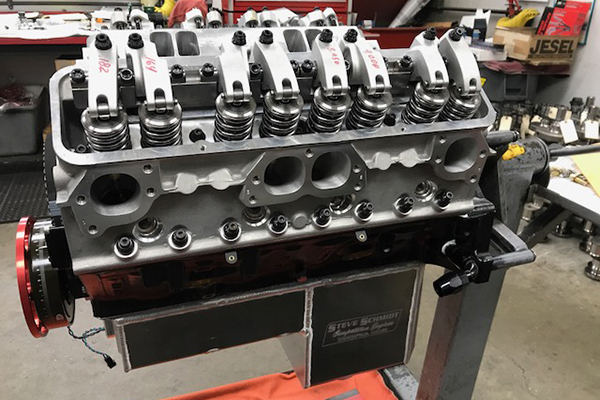 “We work on every kind of engine there is, no limits – automotive, marine, industrial, racing,” he says. “The bulk of our racing engines are for drag racing, truck pulling and marine. Although we dabble in other kinds as well, such as road race engines.”

It’s actually quite incredible that Steve is able to keep tabs on the engines going in and out of the shop these days. Just recently, Steve did a 465 small block Chevy engine for a new customer who was referred to SSRE. 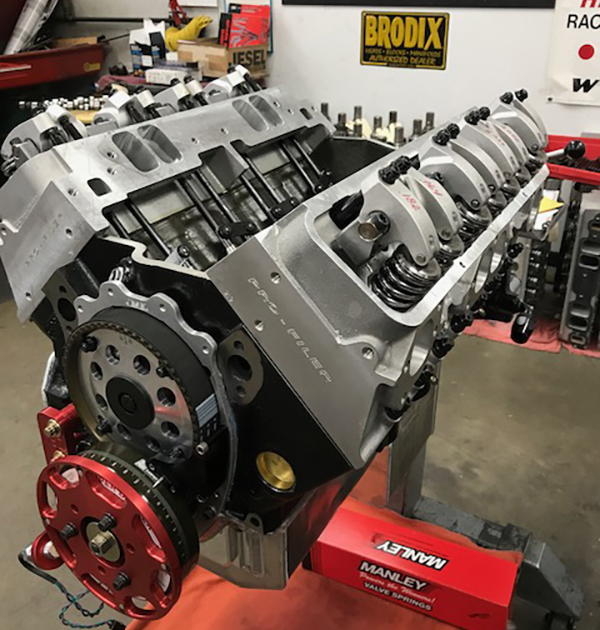 “It’s a brand new engine build,” he says. “We started with an iron Eagle block and then we cam bored it for a 55mm roller bearing camshaft. We lifter bush it for a .937˝ lifter. We also do all the rest of the normal machine work – bore, block true, deck and finish hone it. We use Rottler and Sunnen machines.” 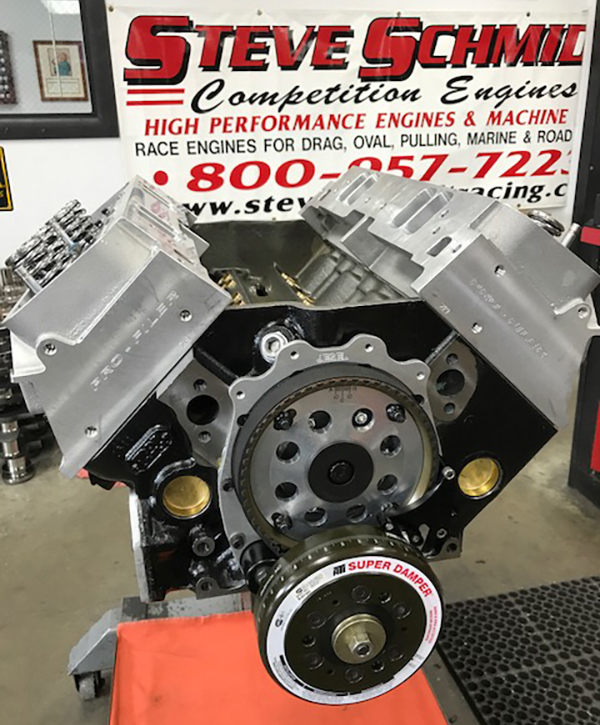 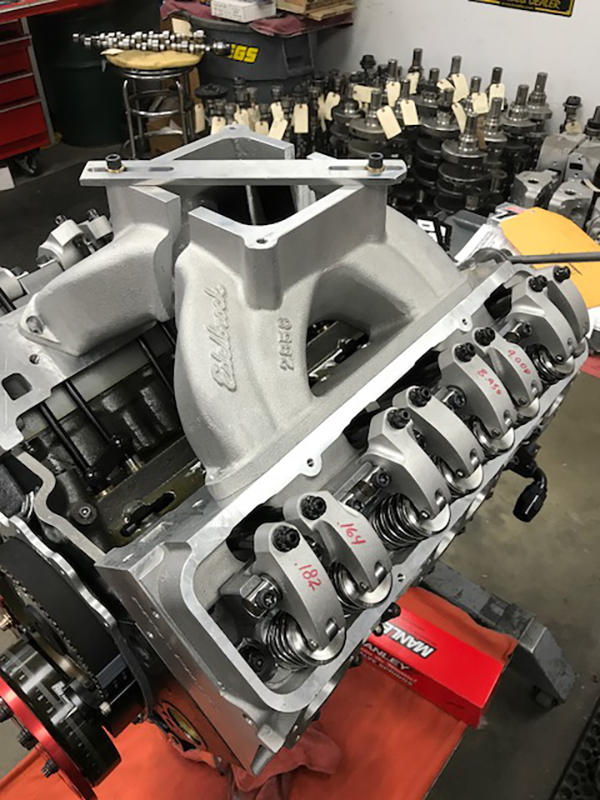 “The heads are a 13-degree profile that we CNC’d in-house and then hand finished,” Schmidt says. “The most important thing in the build is an Edelbrock Spyder intake that we cut in two, [weld back together] and section to fit on the taller deck block. That does two things – increases the plenum volume for the bigger, cubic-inch engine and maintains the tune length by not using spacers on the intake and making the intake manifold longer. That’s a crucial part.” 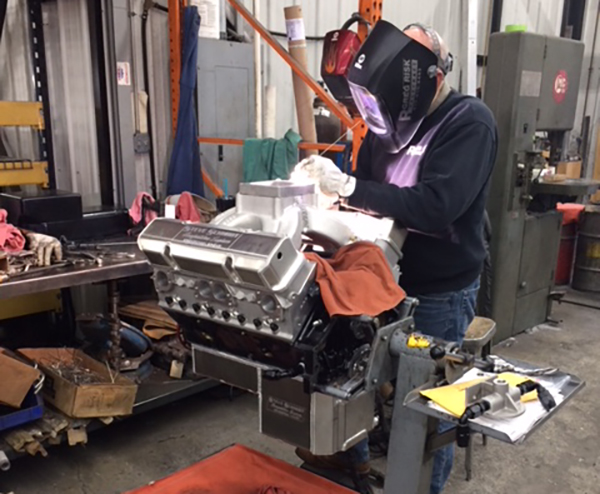 Thanks to clever machine work like that and 40 years of engine building experience, this 465 cid small block Chevy should crank out roughly 925 hp with a compression ratio of 15:1. Look for it on the drag strip! 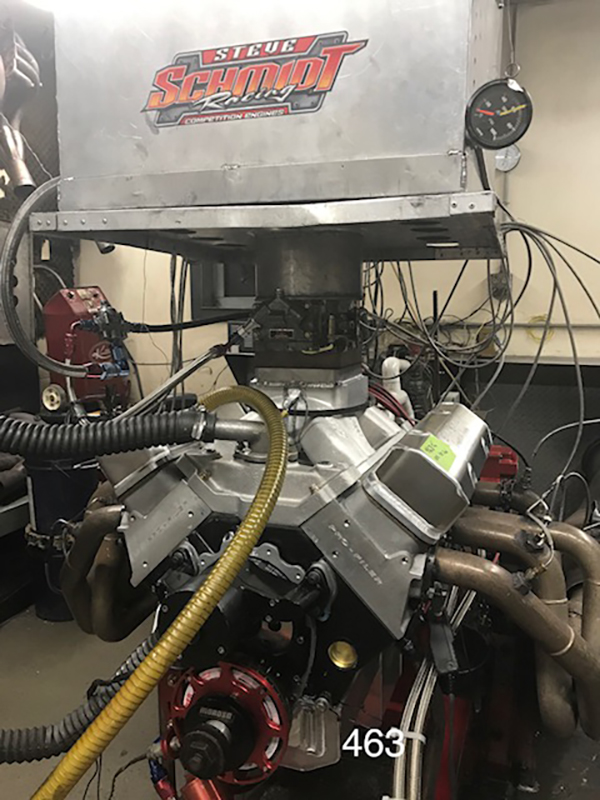 Advertisement
In this article:Chevy, Cometic Gasket, Engine of the Week, racing engine